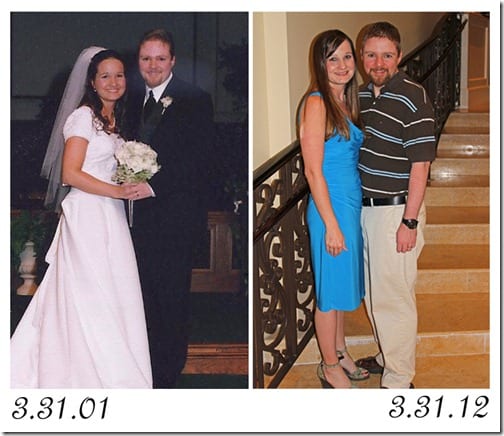 So it got me thinking: what is left from our wedding?

We’ve moved twice, and bought four vehicles, and created two humans from scratch in those eleven years – surely not much has outlasted all of those Severe Life Upheavals.

And anything that did make it through two rounds of dejunking, packing, not getting stowed in a forgotten box in the basement, unpacking, and keeping  was clearly quite crucially important to our daily lives.

For instance, this bag of microwavable popcorn: 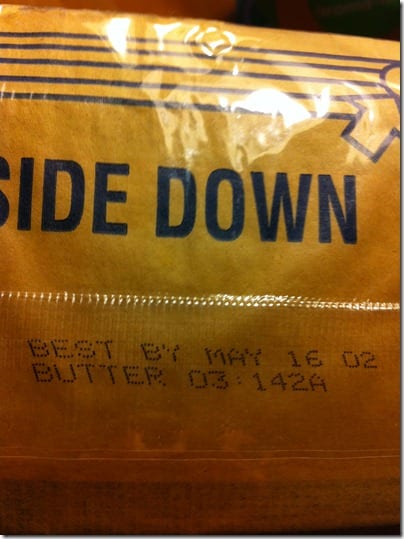 I’m thinking that we need to have a special movie date on May 16th to celebrate it’s tenth anniversary of expiration.

But there are a few other things that have remained, aside from our undying passion for each other and nasty popcorn.

There are the typical appliances, like the sad, lonely coffeepot, replaced by the Keurig and therefore relegated to iced tea making duties, 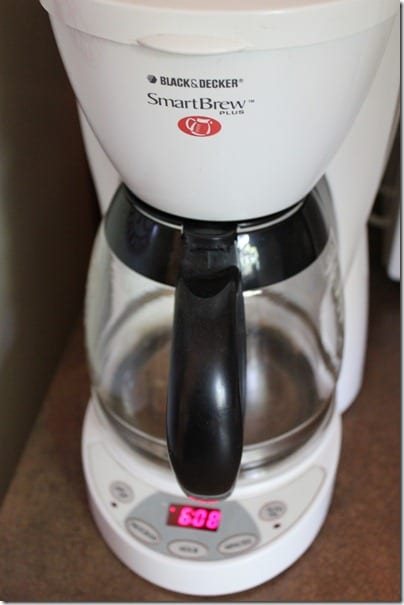 the Waffle Maker that we’ve used twice (or maybe only once), that has been collecting voluminous amounts of dust since 2001, 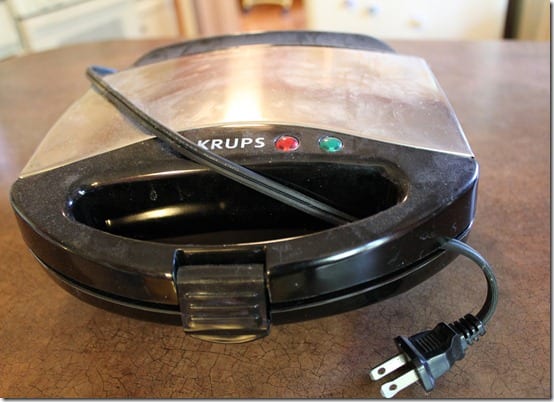 And of course the family can opener, yellowed with age and botulizing our canned goods with it’s rusty pieces. 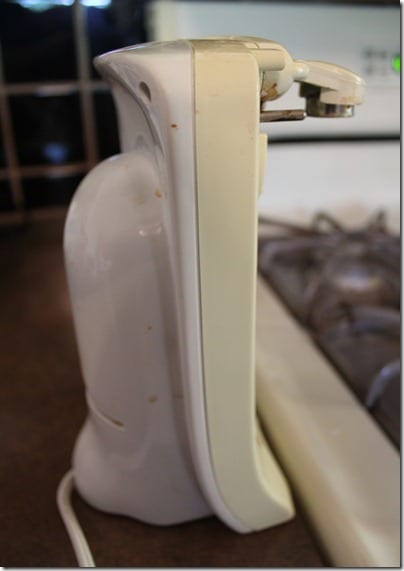 (I could have been nice enough to at least wipe it down for you.  But I wasn’t.)

Of the Charter Members of the Appliances Clique, the KitchenAid mixer is in the best health, as one would expect. 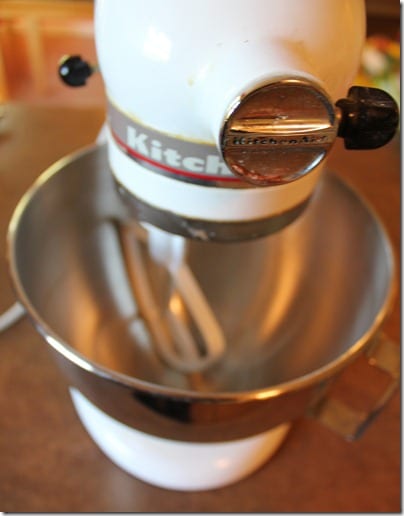 …although I’m still bitter that they came out with colored Kitchenaids the year after we got married.

When you move beyond The Appliancehood, there are the towels. 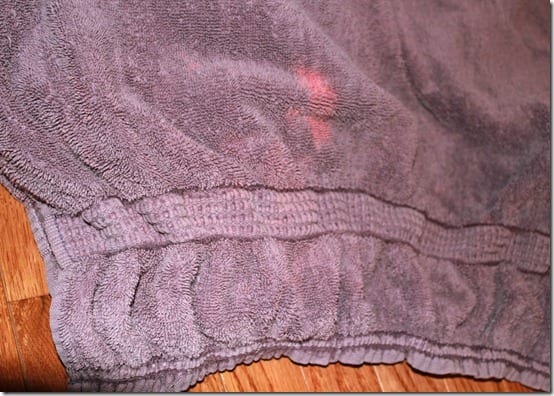 Although they made beautiful wedding presents and were, in their prime, the most luxurious of creatures, they are now awkwardly bunched, noticeably bleached, and chafe one’s backside like a piece of Oak Bark.

I haven’t looked it up yet, but I’m hoping that year eleven is the year of terrycloth gifts.

Also, our dinnerware has survived, if you can call it that. 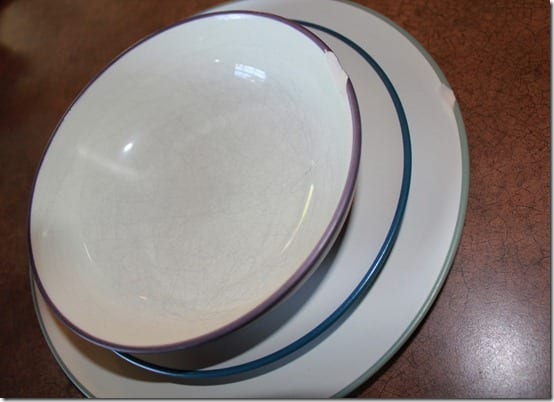 Fortunately, I’ve been slowly collecting my Aunt’s Pottery to replace it, 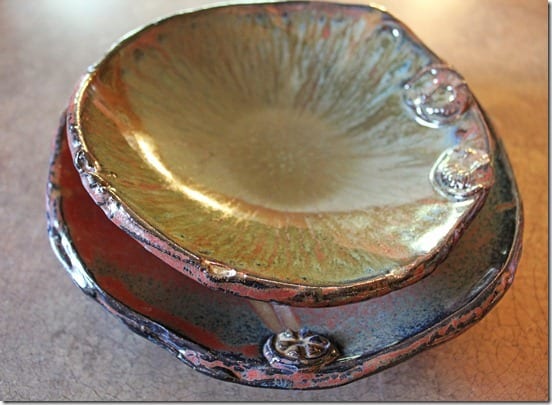 but seeing as how I don’t have enough to feed my entire family yet, the original plates live on.

One of the more despised pieces of marital antiquity is the paper towel holder.

Or stupid us, for registering for it.

Instead of one of those nice bendy rods that you can push your towel roll over, you have to unscrew it’s large, bulbous end with extraordinarily microscopically ridiculously thin screw threads for at least 90 seconds to be able to replace to roll.

And then screw it back on for another 90 seconds. 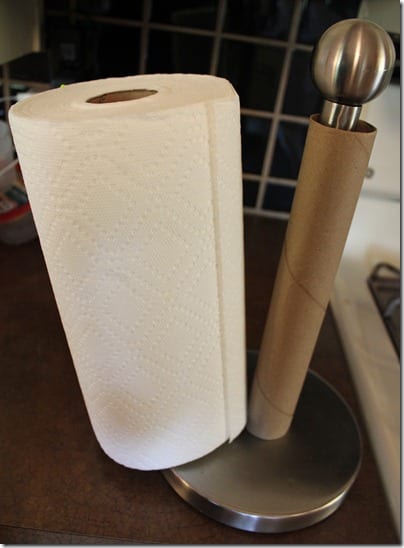 And then there’s the Purple Pumice Foot Scrub. 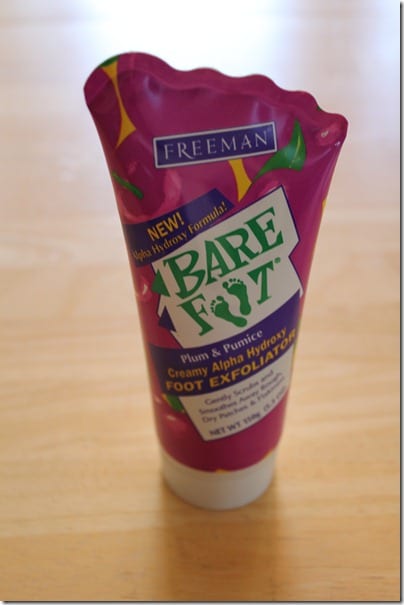 Chris bought it for our honeymoon, thinking that he could give me a romantic foot massage.

Unfortunately, he didn’t factor in my prohibitively ticklish feet.

Although I’m sure it’s contents are now coagulated enough to re-mortar our kitchen tiles, it still resides hopefully under Chris’ bathroom sink, and as he is packing each year for our anniversary trip, he wistfully asks if “perhaps this year we should bring the Purple Pumice Foot Scrub along?”

But perhaps the most notable relic is the top of our wedding cake.

Lovingly wrapped in Ziploc and hanging out with the frozen peas in our basement freezer. 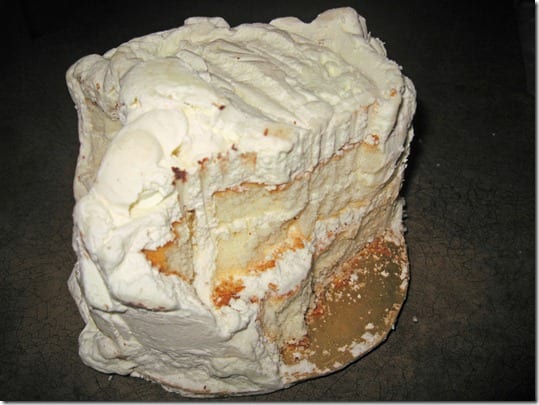 This may seem a bit on the Hoarders side, but we have a vision.

Nay, even a purpose.

One day, our fossilized freezer is going to be a crucial piece of the puzzle to help archeologists as they study the importance of buttercream in the 21st century society.

…unless temptation overcomes us, and we just can’t help but eat it with our popcorn next month.

* Despite the photographical evidence and the fact that I was still a teenager eleven years ago, I did not grow three inches between then and now.  I was just barefoot at our wedding.  So, who knows?  Maybe I still have some traces of wedding toe jam left over as well.