There are certain things in life that I am very opinionated about, and my transportation arrangements are one of them.

Besides the fact that I refuse to drive a minivan on sheer principle, I also apparently like very polarizing, niche vehicles.

For instance, you may remember my love affair with the Ford Flex.  Of which you all screamed out your hatred of it’s unique appearance.

Although I still like how it looks, after riding in one for a weekend earlier this summer, I no longer feel that it fits my extremely limiting requirements for a vehicle.  It just didn’t FEEL right, besides the fact  that it was gigantic.

My latest crush is on the Honda Crosstour, another not-so-popular ride.  And I have to say: I’m completely ashamed at my marketing-suckered reason for noticing this car.

Chris and I have developed an intense infatuation with Anthony Bourdain and his Travel Channel show No Reservations.  We’ve been catching up on seasons past, and there’s a 2008 episode of Anthony touring the southwest in an extremely obvious product placementized BMW X6. 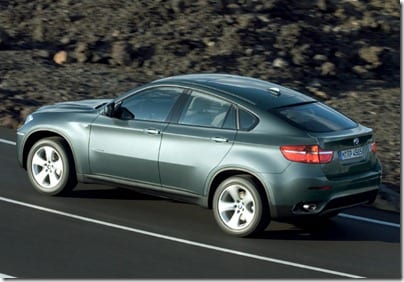 As they continued to plaster this car in my face throughout the entire show, I began to fall prey to their marketing whoredom.  It had a nice shape…looked like it would be more fun to drive than my current boxy SUV…was low to the ground to make it easier for kids to get in and out…looked nothing like a stationwagon (like most crossovers do, in my opinion)…was definitely not a minivan…

But the value of their marketing dollars took a nasty nosedive when I noticed the extreme similarities between it and the Honda Crosstour. 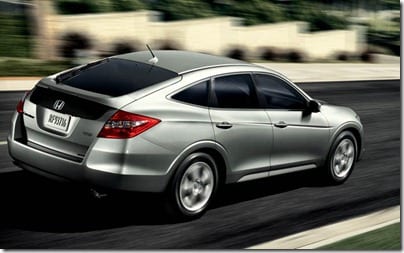 my favorite brand of car,

and exactly HALF the price.

I mentioned my new interest to our friend the Serra Honda Man (of the prior Minivan Challenge), and he offered to let me borrow a Crosstour for a day or two.

And that he would make me a killer deal.

That piqued my interest enough to drift into vehicular temptation.

Our first test drive attempt was a miserable failure, since Ali started puking right before we took the keys.

Two weeks later, when we were getting our make-up date night from The Puketastrophe, we decided to give it a try again, vowing to each other that if we got another vomitous phone call, we would take that as a sign that we were NOT to look at the Crosstour, ever.

No hurling commenced, so we drove this car for the rest of our date: 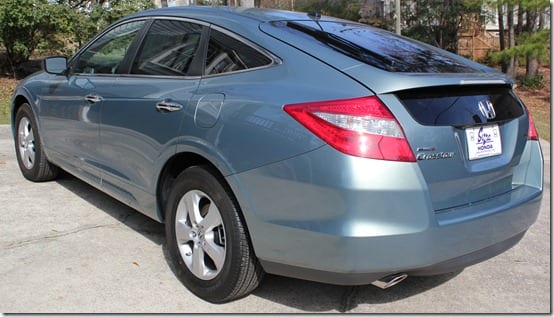 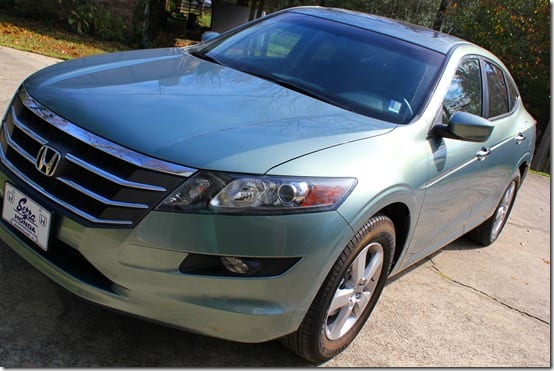 We discussed the pros and cons of it…

We loved that it handled like a car, but didn’t so much love the poor visibility in the back.

The stereo system was pretty awesome, but we would have to give up the option of having our third row for additional guests.

We liked it being low to the ground, but – what?? No cupholders in the back??  Doesn’t Honda know that I feed my kids a diet of nothing but Chick-Fil-A drive-thru??

(We did finally realize that there were some cupholder-like openings at the bottom of the backseat doors…its saving grace for sure.)

We fully appreciated the gigantic discount of buying a two year old new car, but were sorely disappointed that it had lost it’s new car smell somewhere along the way – a nasal experience nearly worth the 2012 full price.

We discussed the fact that this was, in all practical terms, a CAR.  Which means that we’re basically saying that we’re done having kids – if we bought it, we’d be giving ourselves an automotive vasectomy.

(Or at the very least, a five year vehicular IUD.)

We tested out the trunk space – which was as deep as my Pilot, but not as tall. 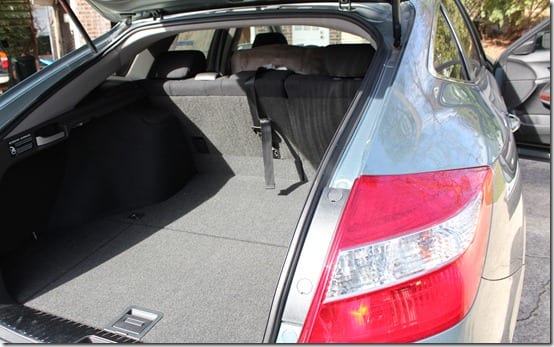 Obviously, the engineers knew their target market: perfectly fit to our pack and play and stroller. 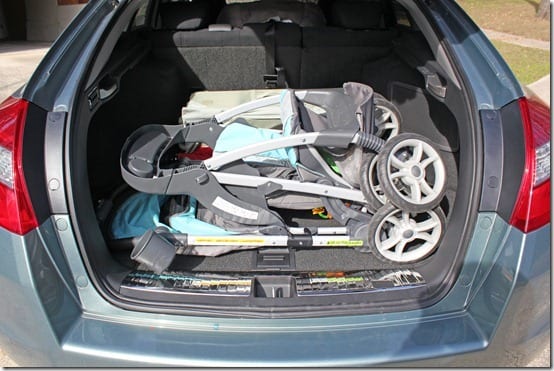 The next morning, we drove it out to my parent’s and picked up our passengers.

They were giddy about the test-driving experience. 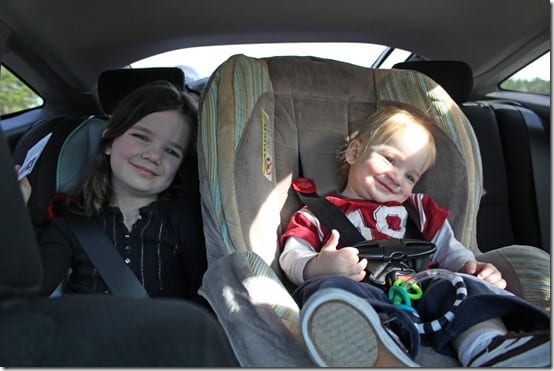 Ali enjoyed the benefit of getting to lean on Noah’s seat and the added closeness to her beloved brother, 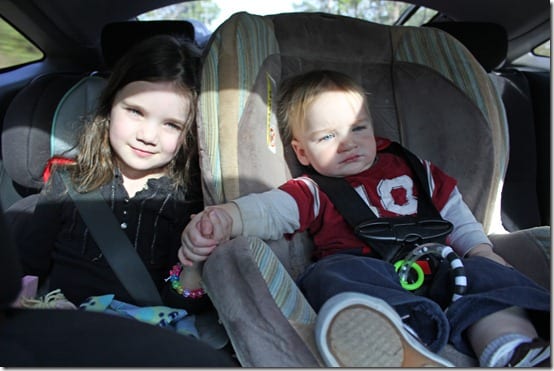 and Noah tested out the car’s Poopability. 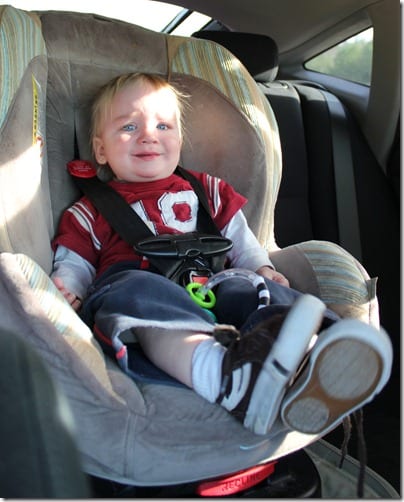 Which, I must say, was very impressive – I never smelled that turd until I got him out.

We returned the car on Saturday night with the intention of thinking about it for a few days.

But we weren’t head-over-heels-completely-in-love-obsessed-we-can’t-stand-the-thought-of-not-having- it.

Does that just mean we’re growing up into mature decision making adultish-type responsible parenty people, or that we shouldn’t buy it?

Disclaimer: Serra Honda did not compensate me in any way or ask me to write this post.  In fact, they probably wish we would stop driving their cars for days on end and just buy one already.