According to Chris, the best part of vacation is the anticipation.

I don’t exactly agree with him, because being the logical person that I am, if anticipating something is better than the something you’re anticipating, then you’re obviously over-anticipating and therefore setting yourself up for failure.

However, I will concede that as a child, one of my favorite parts of Christmas was the build-up.

It all started with the first day of November, when my Mom would pull out the quilted Turkey. 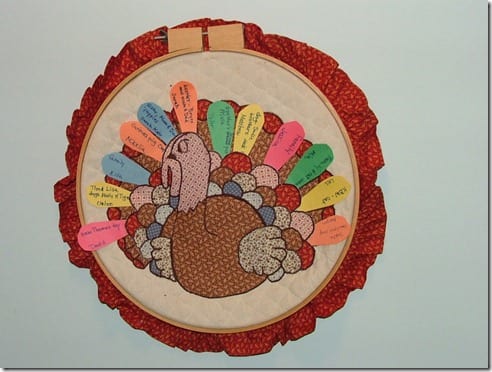 He had 20-some-odd feather holes where us kids were to put feather-shaped construction paper cut-outs in each day, after writing upon them something that we were thankful for.

(Which is odd, since he doesn’t look a bit thankful and really quite angry about the whole situation.)

(Perhaps the construction paper is chafing…I never liked the feel of it either.)

I was just a kid and apparently not a very thankful kid at that, because I found this process to be – meh.

(I did enjoy the job of cutting out all of the feathers, though – apparently I liked scissors more than being thankful.)

BUT – the quilted Turkey coming out meant that it was only a month until the quilted Christmas tree came out – and THAT was a great joy to anticipate.

…delightful pockets in which my mother would fill with candy and toys – days in advance, of course, to make us agonize in our desire for them.

Finally, the month would come.  Every day from December 1st to December 23rd, we would jump out of our beds with spine-tingling anticipation to collect our calendar goodness.

And then we grew up.

I didn’t receive the disgruntled poultry, but somehow, due most likely to my superior awesome-daughter-skills, I was the lucky enough to be bestowed upon the inheritance of the beloved Christmas Calendar.

(Why no, I’m not sticking my tongue out at my brothers – why do you ask?)

So this year, immediately after Thanksgiving, I pulled it out and hung it up.

I began filling the pockets with alluring treats, tormenting Ali until first of December, so as to properly hold our family tradition. 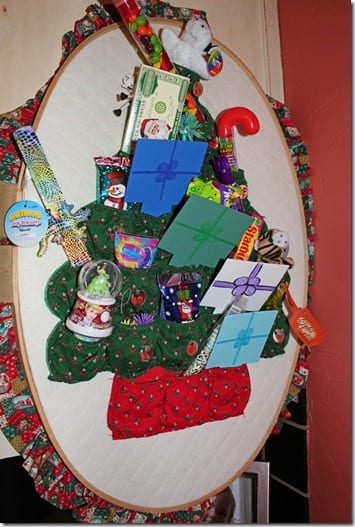 (I was not, however, as good as my Mom at buying only presents that were small enough to fit in the pockets – so I added the increased wonder and mystery of present markers – four days in which she will get to unwrap a slightly-too-big present.) 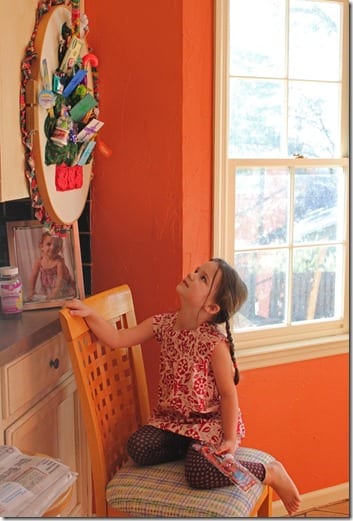 And when December finally arrived, she spent no time ripping out her first gift. 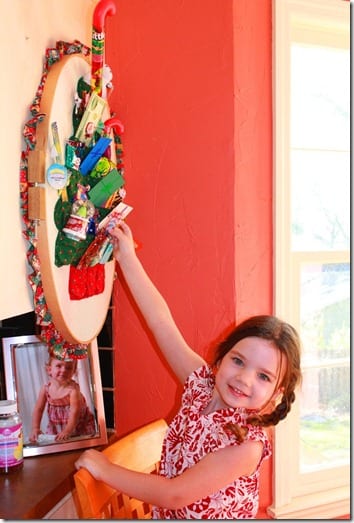 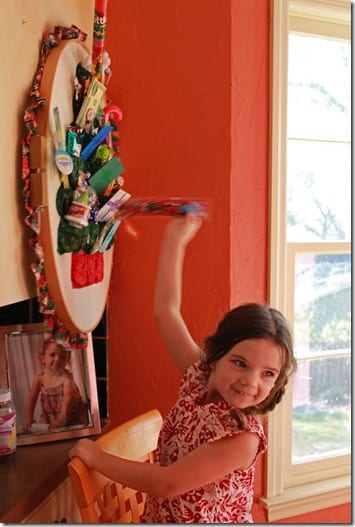 And then she happily showed it off to her little brother, who has to wait until next year to be included in the tradition. 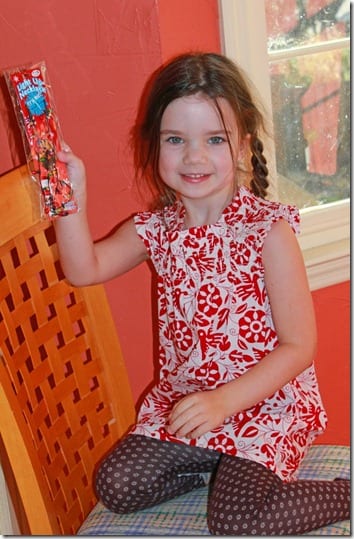 (What? No, of course she didn’t stick her tongue out at him.)

He just gets an extra year of anticipation – which, according to his Daddy, is an entire year of the best gift of all.

16 thoughts on “The Christmas Countdown.”