Ali has begun filling all of our car rides with long, meandering stories with intensely complicated and slightly psychedelic plots, characters popping in and out with no introduction, and with endless subplots with no resolve.  She has graciously offered to guest blog one of these high quality stories, with the stipulation that I do the typing for her, and that I type it EXACTLY as told.

And so, I present to you, Ali’s first guest blog. 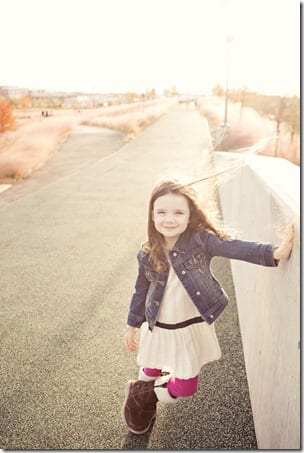 Once there was one princess.  And she was looking for her friends.  But they…they were…she found out they were in funny looking stockings.  And then they found out that the stockings were down in big holes.

They were all very happy.

One evening they saw a person saying saying an H and a P.  Because he wanted to figure out what the princesses were about.

They found all the fairies but Rosetta was looking for all the rest of her friends.

She also wanted to go look for her Gramamma.

Her Mommy was looking for her Daddy.

Her Pop was looking for her Gramamma.

Tinkerbell and Silvermist were all looking for Rosetta and Iridessa.  And then everyone was looking for a moon.  But they found a moon way up in the sky.

They found lots and lots – you know how many stars they found? A million hundred thousand.  They knew there was a million hundred thousand stars in the sky.  But it was really dark. Whoa – my stories have lots of words in them.  But a Christmas tree had lots and lots of a hundred million thousand ornaments on it.  A hundred million thousand.  That’s the end of my story.

I’m going to tell you a longer story now.  Make all those words go away so there’s plenty of room for my long story.

Once there was one star. A star was looking for a candy cane. And then a lantern appeared. Cinderella was not holding the lantern – only Snow White was!

Welcome To My World.

20 thoughts on “The Art of Storytelling.”