A guest post, as written by my husband Chris.

All that I ever learned about shrimping, I learned by watching Forrest Gump.

That all changed on Saturday.

My uncle Leo invited me to go along with him and his neighbor Doug on a beautiful mild Saturday morning. Since I have a 6 month old son, getting up at 6:30 is very easy, even on weekends. We headed over to Doug’s pier about 7:15 and mounted our expedition. 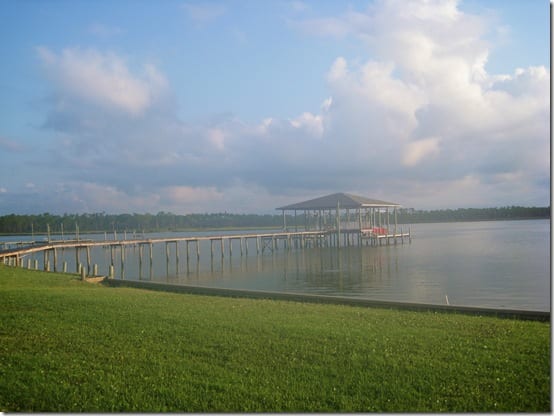 Captain Doug, in my opinion, “know ever’thang they is to know about the shrimpin bidness.” 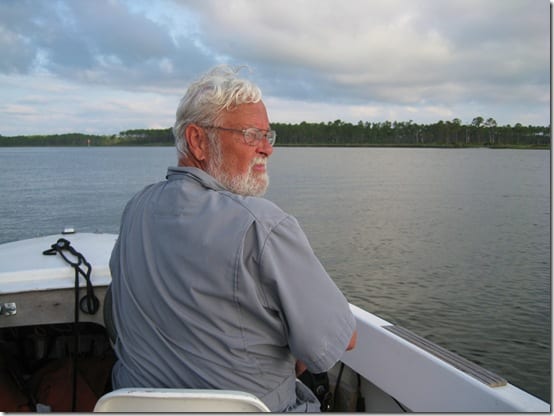 He has a sturdy boat he built himself, 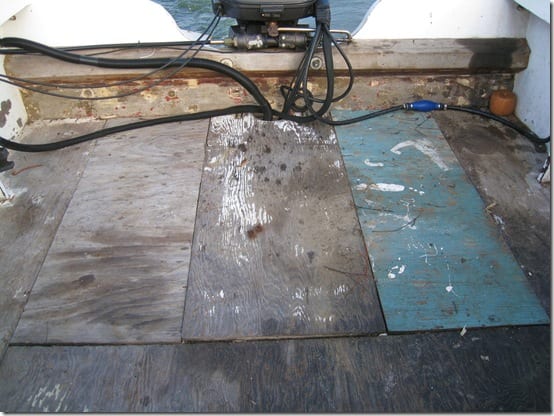 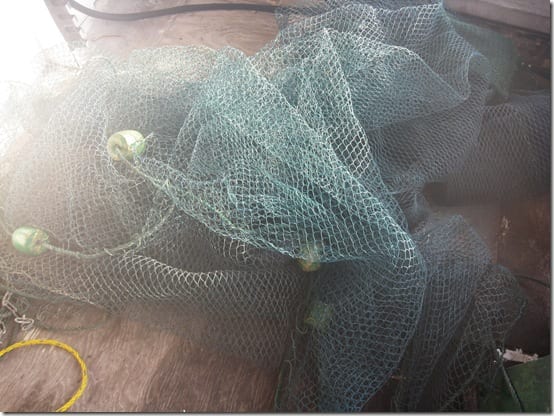 a cooler, a shrimping license, and a lifetime of experience.

That experience was useful in navigating the complex web of categorical, territorial, calendar, quantity, and time limits on shrimping. The laws are numerous, and sometimes people don’t follow them, but we would never do that, because it is a state wildlife criminal act. So don’t do it, kids. 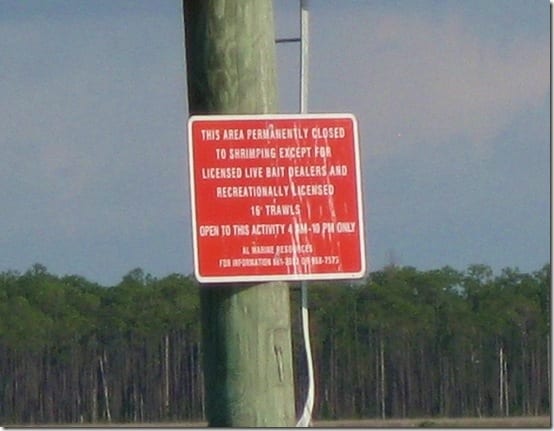 My helpfuness, on the other hand, was more akin to Lieutenant Dan.

So Uncle Leo, Captain Doug, and I set out from the dock and after a Gilligan worthy 5 minute ride, cast our net behind the boat, and started dragging. After a few peaceful minutes of manly fisherman storytelling, our forward progress abruptly stopped with our net firmly snagged on the bottom.

As we discussed our problem solving options and tried them without success, a gigantic barge slowly wandered in, what looked like to me, our exact direction. 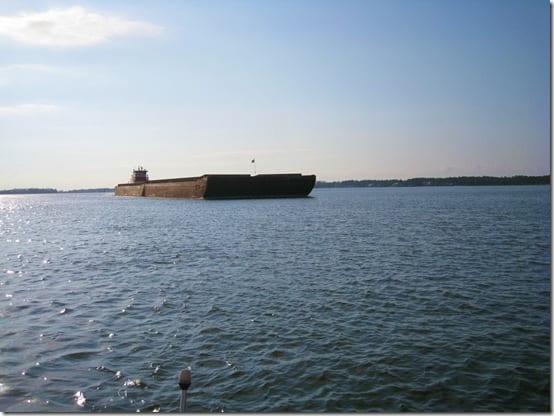 I posed a hypothetical question to Captain Doug.

“What happens if the tugboat snags our net/lines?”

His thoughtful response: “Then we are going for a ride, and you will need to grab that knife and cut the ropes quick!”

We survived without that contingency, as the barge slid by us. 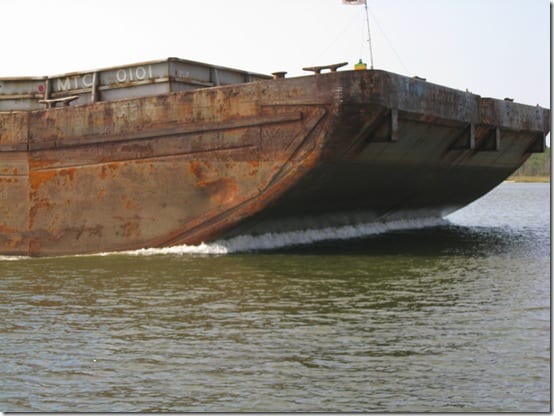 We eventually untangled our net and tried again. While dragging the second time, we took in the wildlife: 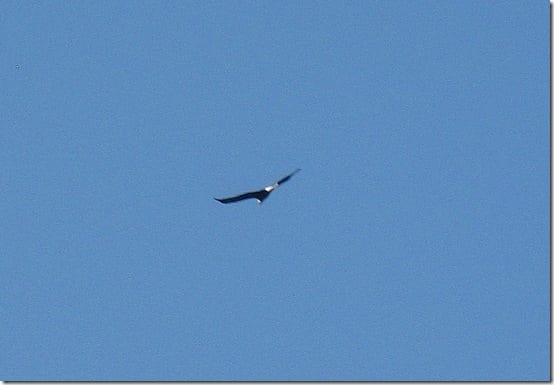 The porpoises, brilliant mammals that they are, knew that breakfast was being churned up, and followed the boat, closer and closer. 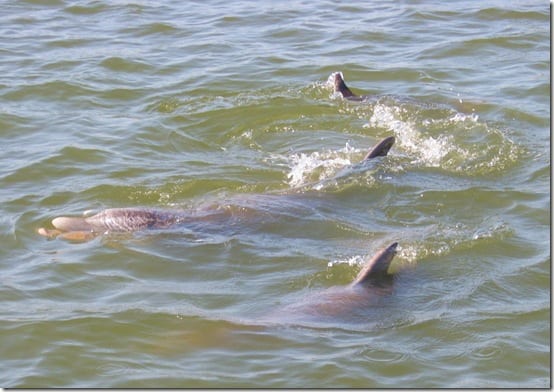 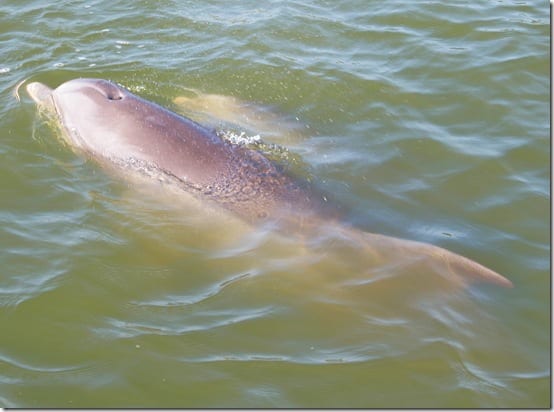 As we hauled in our catch, they came in close enough to feed by hand, but we would never do that, because it is a federal wildlife criminal act. So don’t do it, kids. 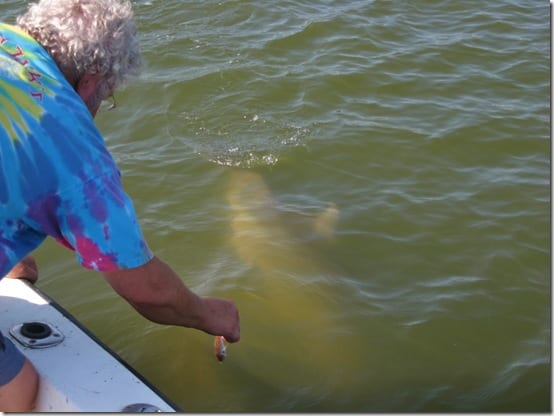 Anyway. The catch came in, 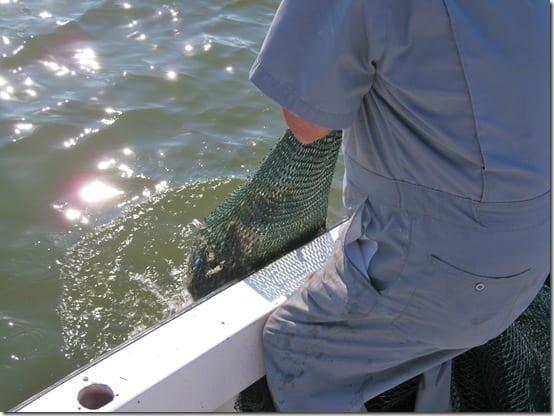 and I stuck Leo and Captain Doug with the sorting, washing, and, um, processing of the shrimp while I left to take the kids to the beach. We’re took our share home to have fresh shrimp cocktail this week for dinner. Or maybe we’ll barbecue it, broil it, bake it, sauté it, or make shrimp kabobs, shrimp creole, shrimp gumbo… 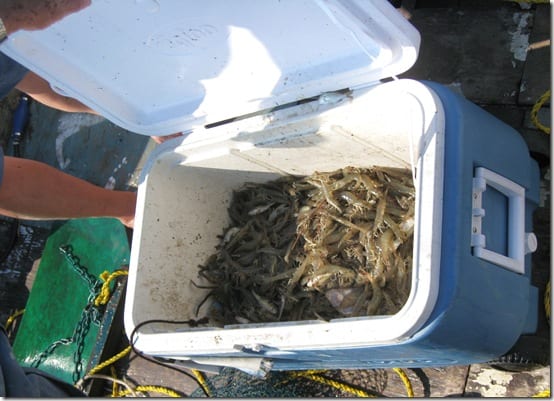 We may not have had a Jenny-size boat like others had that morning, 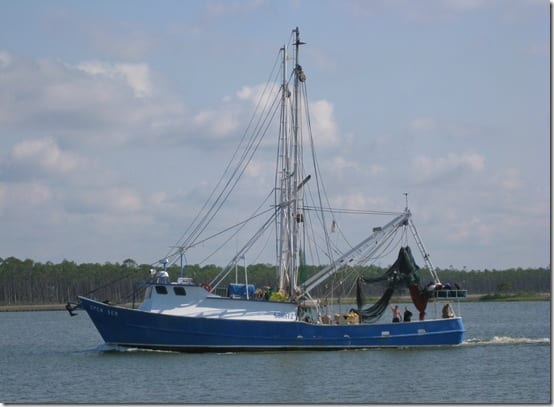 but Captain Doug & Leo go together like peas & carrots. 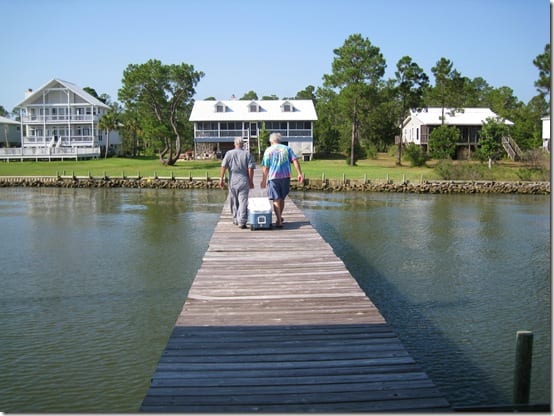 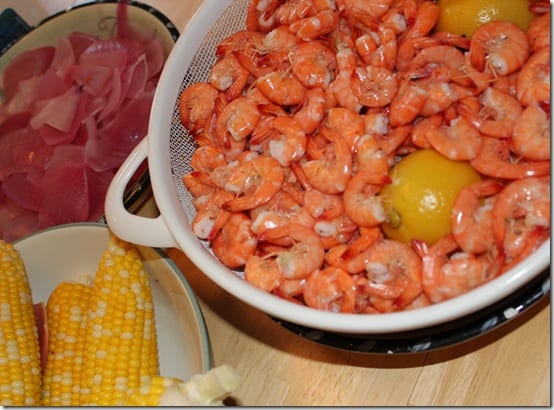 That’s all I have to say about that.