We’re nearing the end of our second season of Gymnastics.

Despite a rocky start, she used to love everything about it… 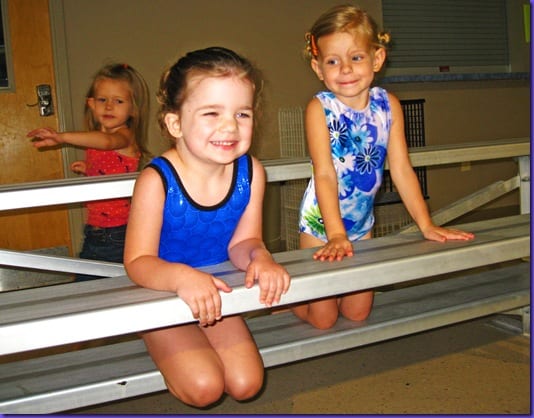 The fashion (of course)… 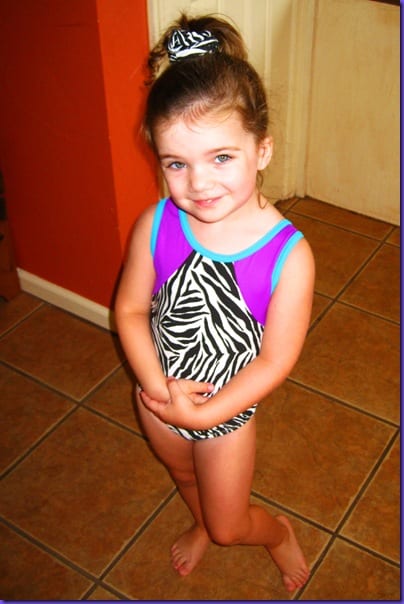 And even swinging on the bar for fascinatingly long periods of time with her freakishly mannish upper body strength. 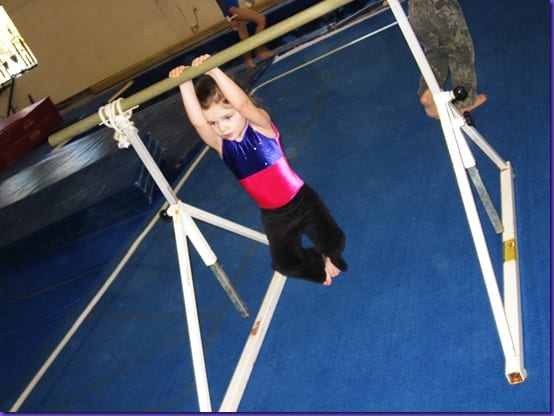 But something happened one day.

A former coach surprised her into doing a flip over that bar (completely controlled and managed by the coach, of course).  But Ali, being the ridiculously cautious child that she is AND being a pro at avoiding injury at all costs, was already staunchly convinced that bar flips were intensely dangerous and to attempt one would be the scariest thing in the world – scarier even than the horror movie Cinderella – you know, the one where Cinderella’s sisters tear up her dress?

So on a weekly basis, Ali spends her entire fifty minute class worrying about whether her new coach will make her do a flip on the bar.

And asking her coach, over and over, if she’s going to have to do a flip on the bar.

And often ending up in tears before they even make it to the bar – all out of fear of bar flippage.

In a last ditch effort to save her career, Chris and I took her to the NCAA Regional Gymnastics finals, in which Alabama was the host and the favorite.

We left Noah with his Godparents, thereby making the special trip the very first thing the three of us had done without him since his birth – surely it’d be a gleeful experience, thereby increasing her passion for her sport.

It was in Tuscaloosa, so we had an hour drive to get there, which gave us the opportunity to spend a lot of quality time with our oldest child.

And also, a lot time with an insane amount of her toots.

(Apparently, broccoli affects her in the same way it affects Noah.)

Right as we were pulling into the parking lot of Coleman Coliseum, we heard from the back seat the King of them all… and it seemed to last an eternity.

Chris slammed on the brakes and he and I gasped simultaneously.

We looked at each other in horror.  I began frantically searching my mind for clothing options to make it through the night.

“Yes! …but I may need to go to the potty when we get there.”

I took her to the ladies room and was relieved to discover that she was correct, it was apparently just the world’s most suspicious flatulence.

(Yes, I am well aware that she will despise me for documenting that trip tidbit one day.)

Back to “Mission: Gymnastics”.

We got into the arena just in time…

The excitement was palatable… 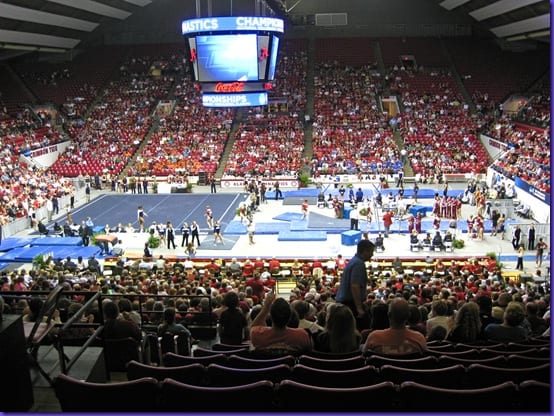 The night’s potential was thrilling.

After all – when we took her last year, she was absolutely mesmerized and in complete heaven, even as we were leaving: 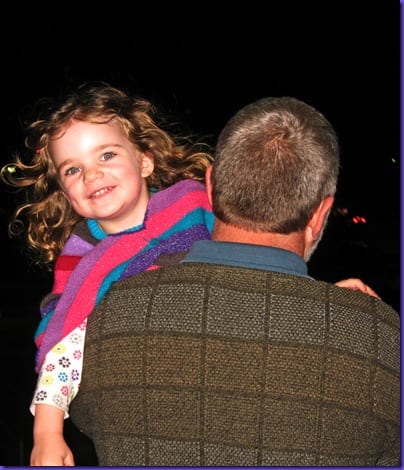 Surely this year’s trip would have the same effect. 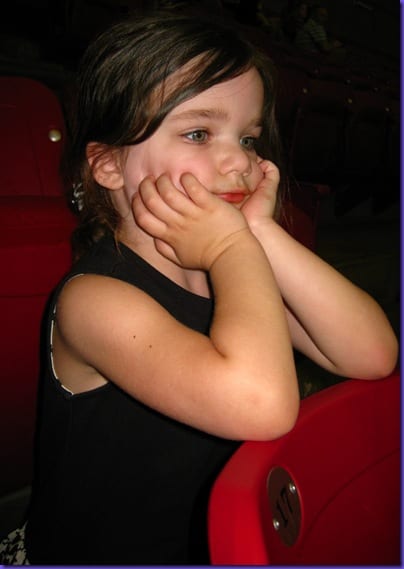 Begging to go home after the first five minutes.

The best part of her trip according to her? Getting Rainbow Sherbet Dippin’ Dots Ice Cream.

Which, granted, is pretty thrilling.

But the trip did serve one purpose: It solidified in our minds that as soon as this season ends (and the sooner the better for me), her illustrious Gymnastics career will also most definitely cease to exist.

I think she’d prefer a less risky sport.  Like maybe… a coloring club?