Caution: Not for the faint of heart. Or men. Or DEA Officers. 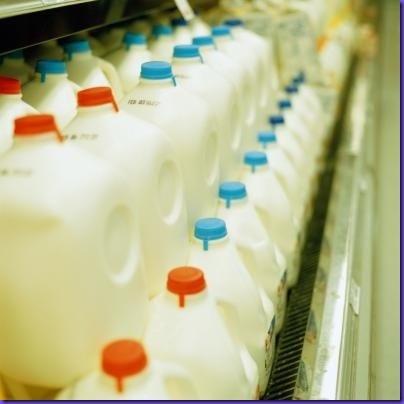 I’ve been in a state of utter nursing panic.

…a panic which I absolutely promised myself that I would not allow myself to experience this time around.

I’d been doing so well… even when, at three months in, I knew I wasn’t making enough milk and started supplementing formula into Noah’s diet while I tried to increase my supply.

I was still fine when I realized that, just like last time, my milk supply was going to stand it’s ground and absolutely refuse to rise above it’s (ridiculously lazy) level, even though Noah was growing and needed more nourishment.

But then last week happened.

For no reason at all, my milk supply very suddenly cut in half. And, since it was already woefully sub-par, that meant it dropped to almost non-existent.

And I completely panicked.

I had coached myself all the way through pregnancy to be okay when nursing came to an end, but a this-is-my-last-child-and-nursing-is-a-special-bond brain cell snapped inside of me.

I began inhaling my Fenugreek Tablets

at a rate that decimated Amazon’s inventory and made them wonder if I’d figured out a way to make Crystal Meth from lactation supplements, started pumping obsessively (even trying out The Dreaded Cluster Pumping technique, which is every bit as horrible as it sounds), and began to research every milk increasing substance, i.e. galactagogue*, known to woman.

*By the way, isn’t galactagogue an awesome word? “The Evil Emperor Galactagogue of the planet Thor has sucked all of the Milk out of the human race…”

In all of my galactagogue research, one kept showing up everywhere more than the rest: a prescription, Domperidone.

It’s supposed to work better than the Reglan that I took with Ali, but thankfully without the side effect of depression.

The only problem… due to what looks like some political (i.e. bribery) issues, it’s not approved by the FDA to increase lactation – only to treat gastrointestinal problems.

So I called a lactation center to see if there were any other alternatives. She mentioned everything I’d already tried…and so I brought it up.

“Well, I’m not allowed to mention it to you…but since you brought it up, it’s definitely the best thing out there.”

“I hear there are some out-of-country pharmacies that you can mail-order it from… I would definitely check into that if I were you.”

Setting off into a mission that certainly felt like I was covertly ordering painkillers or knock-off Viagra, I started my research.

I found a breastfeeding site with a list of international pharmacies that would mail Domperidone to the states (which, by the way, IS legal if done correctly), but was a bit scared off when I read phrases like…

“call 866-xxx-xxxx and ask for Oscar or Gabriel”

So I emailed a blog reader (whose identity I will keep confidential due to the classified level of this operation) that I knew had used Domperidone and asked her where the best source was.

“It takes three weeks to arrive, but they come in blister packs of the manufacturer’s packaging, as opposed to another popular pharmacy in Thailand that sends loose pills in an unmarked baggie.”

I got on the New Zealand website, did my research, and everything looked quite legit, within the context that I was considering ordering pharmaceuticals from the other side of the WORLD, of course. They were obviously being very careful to only sell their pills to countries who allowed it, and the US was one of them.

I was about to click through my transaction, when the nagging feeling of “Is this something I should ask my husband about before I do it?” came up for about the tenth time that day. And I figured, if I have to ask myself that question, then the answer is probably a yes.

So I called Chris (who was already painfully aware of my panicked lactational state), and in a ridiculous rush of justification, explained.

“So there’s this drug called Domperidone and it’s the best thing for lactation and even the lactation nurse said it was great but I can’t get it in the states but there’s this place in New Zealand that someone recommended to me and it’s legal and all the Mommies are doing it and I think it might really help… is it okay?”

…but I promise, I have not, and will not ever, be calling Oscar or Gabriel.

An update on this issue can be found here.