I haven’t finished watching Wednesday night’s show or even started last night’s show, but I did check out who the vote-off was so that I could post the Predict America’s Pick leaderboard.

And  may I say I am REALLY going to miss that fascinating horizontal hair. 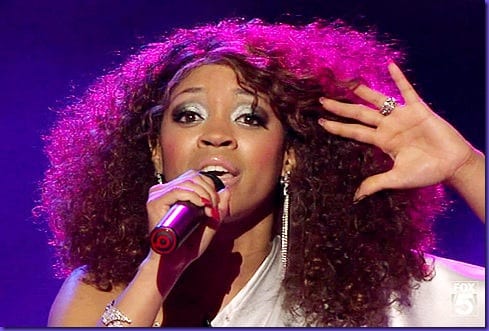 If I were a hair socialist, I would absolutely demand that she share the volume.

But anyway, here’s the leaderboard after the first week: 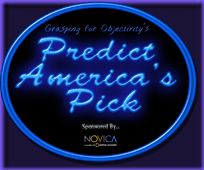 (And if you’re wondering exactly how I’m ranking, I set up a super geeky spreadsheet that ranks all of the entries on a percentile basis as to how close they were to the correct rank.  So since six people said Ashthon would be #13, they are currently tied for first place.  And Rachel (who’s never watched Idol and therefore made blind guesses), ranked Ashthon as #1, so she’s currently in last place.  (Sorry, Rachel.  Non-Watchers totally should have gotten a handicap.) And everyone else is in between them based on how they said that Ashthon would rank.)

1. I have trouble concentrating when Pia Toscano sings… 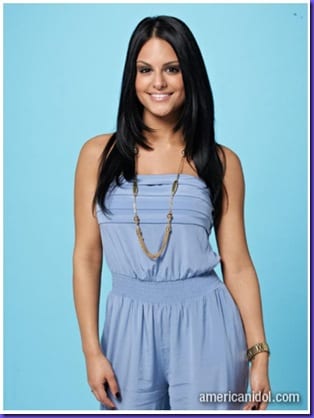 (Thank you to my dear husband for pointing this out.)

Every time she takes the stage, Chris starts narrating a commercial…

“Come in today to try our new special, Pia Toscano!

Angel Hair Pasta covered in our rich and creamy Alfredo sauce, and topped with steak medallions and capers, it is a dish you will remember!

And then her song is over, and I realize I’ve heard none of it because I’m WAY too busy thinking about breadsticks and Alfredo Sauce.

2. The reason that 15 year olds should not be allowed on American Idol: Alphabet Sweaters. 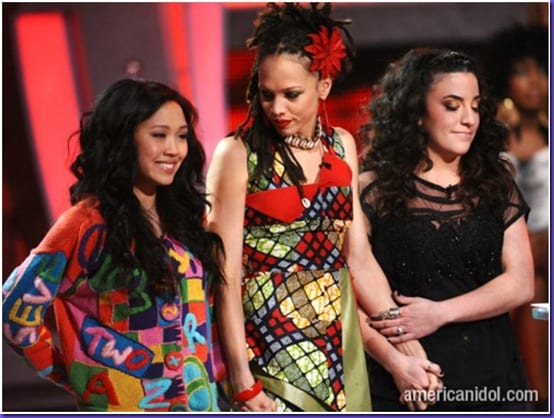 Although still wearing an alphabet sweater at the age of fifteen MIGHT constitute style insanity, so I think Thia is working a devious master plan – she knows she won’t win Idol, so she’s totally selling herself to Disney – she’s the next Afternoon Tween TV Star.

…Which means she’s the next skanky-addict-that-was-formerly-a-Disney-Afternoon-Tween-TV-Star.

Move Over, Lindsey and Miley.  Thia’s comin’ through, Alphabet Sweater and All.

(And yes, for those of you who don’t watch Idol, there’s a Pia and a Thia this year.  They sound like rhymily-named-twins, no?)

3. If Ali got to watch Idol with us, (which she doesn’t even though Noah does – oh, the unfairness), I know exactly who her favorite Idol star would be.

Jennifer Lopez.  Because of her style influencer. 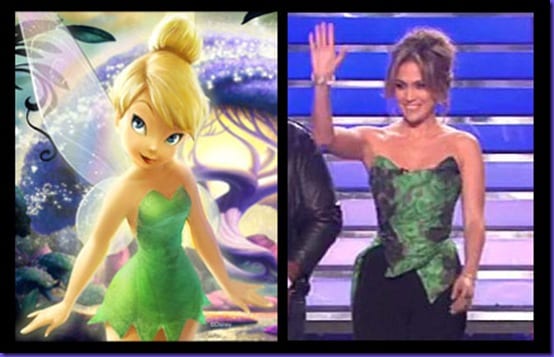 …I guess Thia’s not the only one who wants to be a Disney Star.