It’s that time again…the time that all of the crazy baby catalogs in my mailbox have to move over to make room for all of the even crazier toy catalogs. I seriously just need to put a dumpster out front – the mailbox just isn’t cutting it.

And, since I wrote you a shopping guide last year to make your Christmas perusing easier, I couldn’t help but torture you with another one do it again. 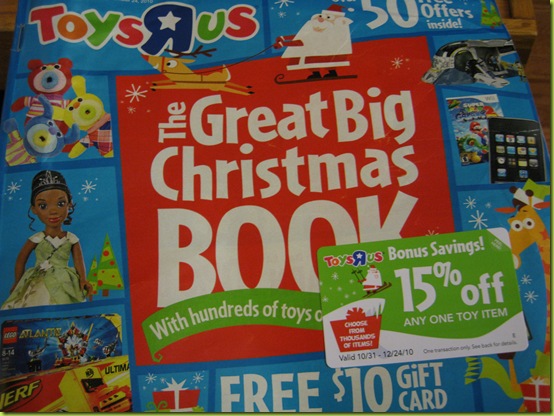 Let’s start with fake pets, because really, who DOESN’T need one?

I’m sure that after a year of listening to the annoying whirl of the Zhu Zhu hamster your kid got for Christmas last year, you were (like I) REALLY hoping that fake hamsters were SOOOO 2009.

But no. Gear up to buy more fake hamsters…but this time, at least they don’t look like realistic rodents that MIGHT have made you scream once or twice as they came barreling toward you… 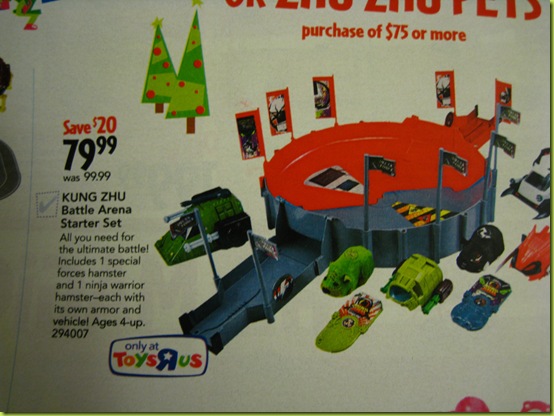 (Because I always think of a fierce, predatory animal when I think of hamsters.)

OR they have gone the other way, and demand convertibles and pampering at their own salon.. 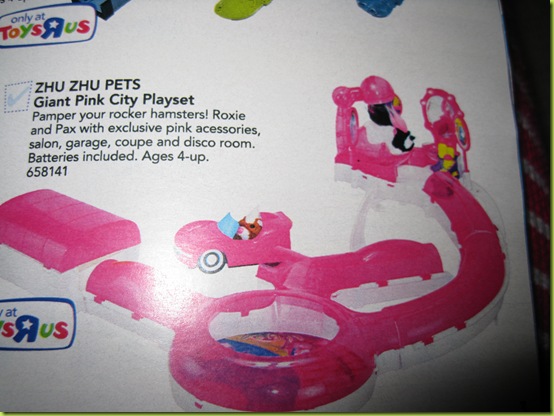 Rodents. You give them an inch of fame, and they go nutso…

But if you’re looking for a bigger animal to latch onto, I suggest Big Foot.

Somebody’s been doing their research into Big Foot Myths to make sure to accurately portray the giant’s talents… check them out: 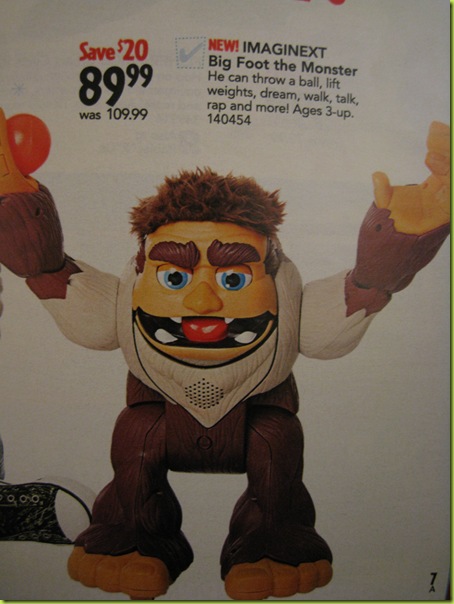 Rapping. Just what I always picture Big Foot doing out there in the cold, Northern woods…

But if you’re one of those parents that tends to worry about all of the media-hyped childhood issues, there’s a toy that can solve the two biggest ones: make them exercise AND do math at the same time!! 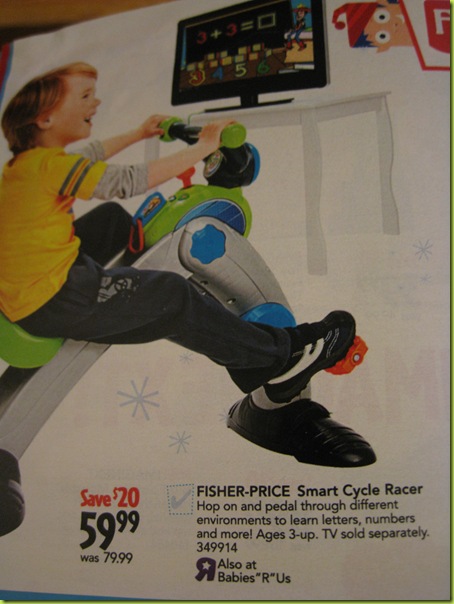 Have you EVER seen a child so thrilled about burning through math problems and calories simultaneously? Obviously, this toy will bring much joy, smaller midsections, and higher IQs to your household – what more could your child want??

If you were a child of the 80’s and are feeling rather reminiscent of the toys you played with, you’re in luck – there is a very heavy 80’s influence in the catalog this year. I guess they think that parents of our generation will be totally suckered into buying our kids the toys that we played with.

Only problem is, our kids are used to stunning graphics, interactive controllers, and touch screen monitors. I don’t think they’ll be too impressed with Alphie, even IF we tell them that we loved ours so much we slept with it: 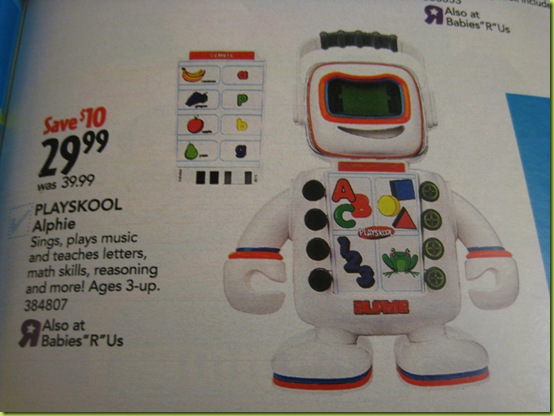 And they’re used to all riding toys being motorized or at least battery powered… Sit ‘n Spin… WAY too much work. 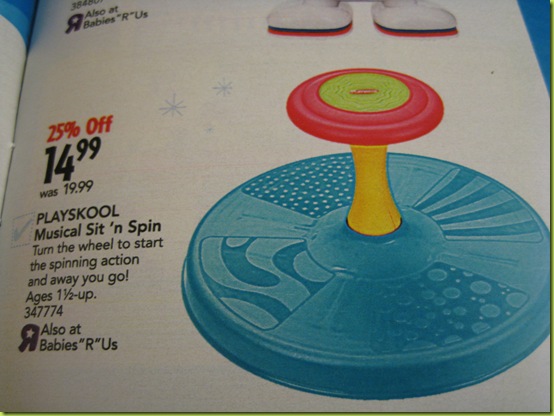 But the Ghostbusters…how could they NOT be thrilled by a giant puffy marshmallow dude in a Chippendale-esque sailor collar with no shirt attached? 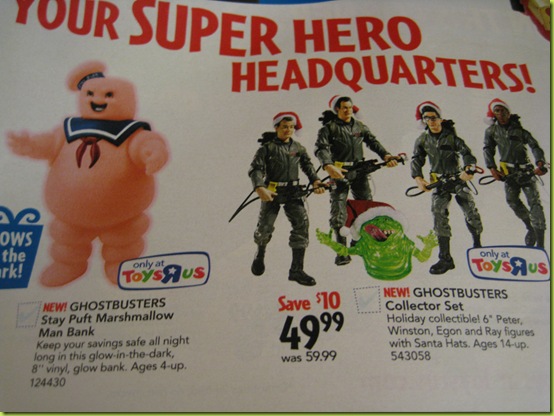 But as our toys are finding new life, their toys seem to be aging rapidly. For instance, Dora seems to have hit puberty sometime between the 2009 and 2010 catalog: 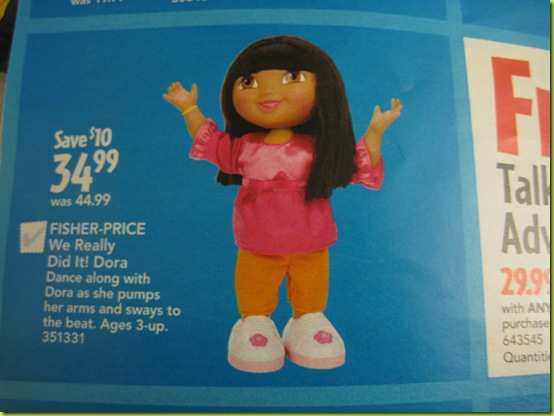 I half expect to turn on Dora The Explorer tomorrow and the episode be titled “Dora and Training Bra Adventures”.

If you want your kid to want to be the next super-risk-taking-animal-scientist-TV-star, then this line of toys is for you: 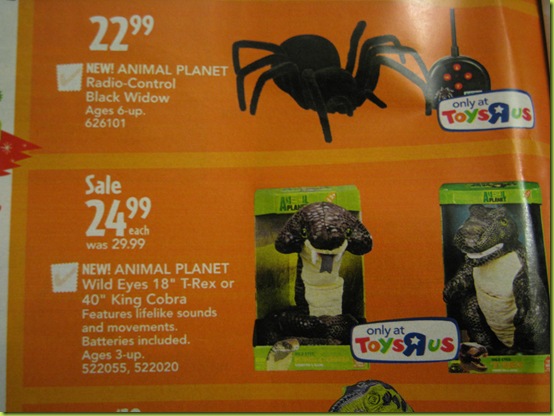 …but they MIGHT catch you off guard a little more violently than last year’s Hamster.

Or, if you want your child to chase another television-inspired dream career… 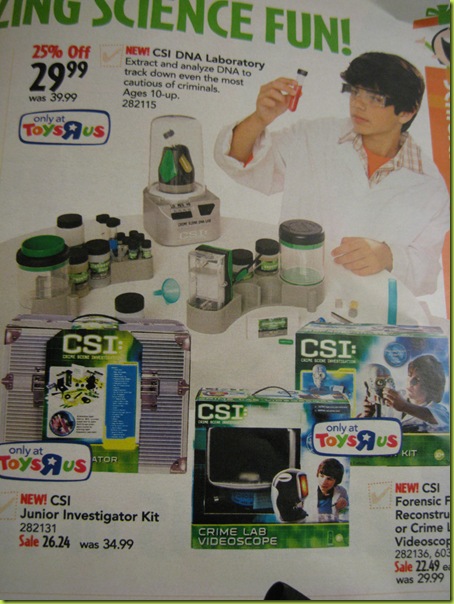 …because who DOESN’T let their 10 year old watch CSI??

But, if you really just want to encourage your child to sit on their butts and enjoy the indulgent nature of childhood, then they REALLY need a TV with a Magic Wand Remote Control: 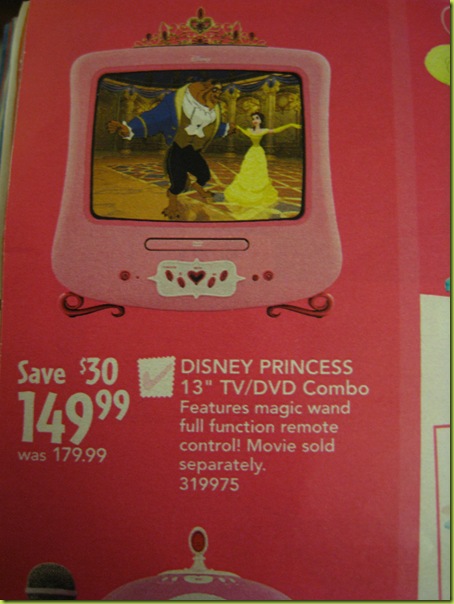 However, if you want to sell your kid on the idea that the outdoors are more fun than their magic wanded pink TV, then you TOTALLY need to buy them the ever-realistic Glamour Camper: 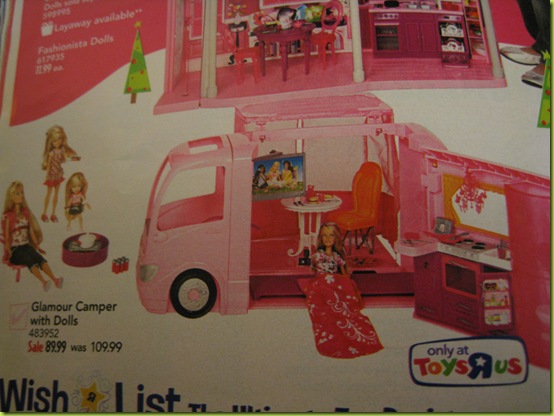 I’m pretty sure that the terms “Glamour” and “Camper” have never been used together before… Cousin Eddie would be so proud. 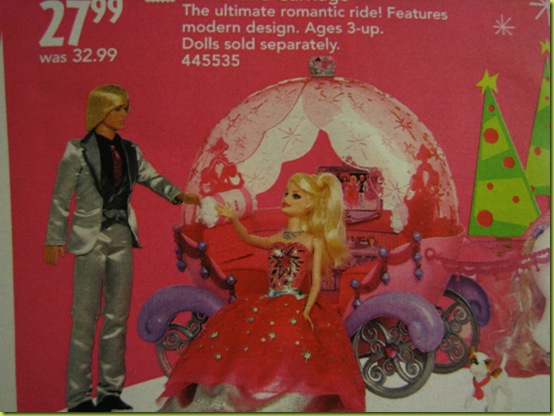 I had no idea Ken joined a boy band… but wow at the hair. Is he supposed to look like Justin Bieber? Because if so, it’s a total fail – way too much helmetyness and way too little swoopiness going on.

If you want to offer more realistic ideas of life, though, then the Monster High girls are here for you: 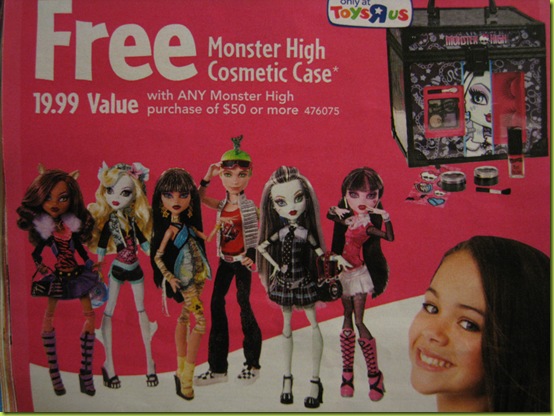 …because it’s really best to go ahead and start preparing them, as early as possible, for how monstrous high school girls can really be.

I don’t know about you, but when I was a tween, my friend’s brother’s favorite pasttimes were to spy on us. They would have had SO much more success had they been able to attain this device: 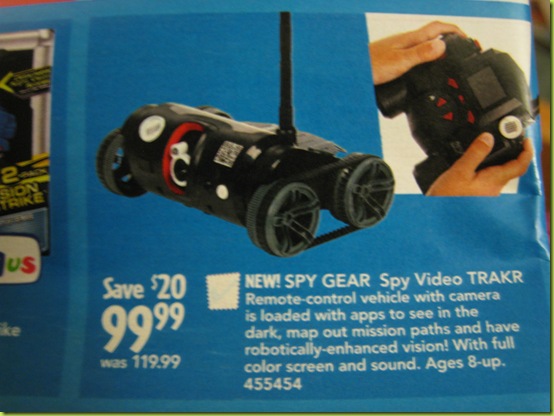 Yes, our spend-the-night parties would have been SO much more interesting…and filled with indignant screams.

And this one – this one is totally awesome for adult boys, too. Chris totally needs an alarm clock that says this to him in the morning: 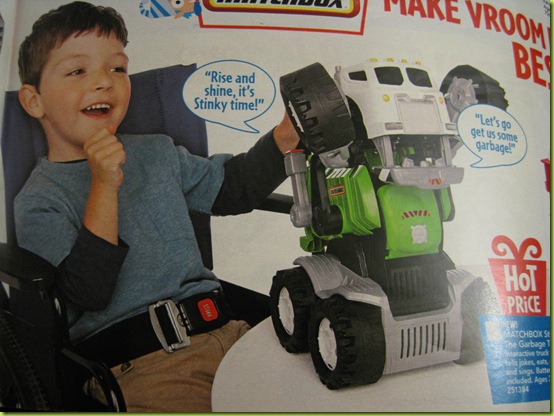 And finally, this year’s scary-predatory-monster toy: because what family doesn’t need a fast-moving, projectile-spitting “Terrordactyl” that snaps at anything that moves?? 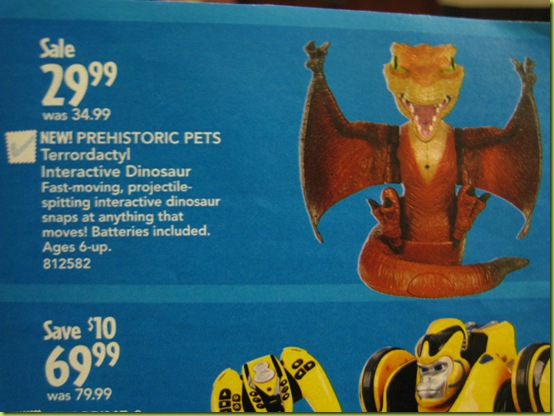 Yes, Christmas still brings families together in SUCH a joyous way.

Now that your shopping list should be complete, get out there and get shopping!!