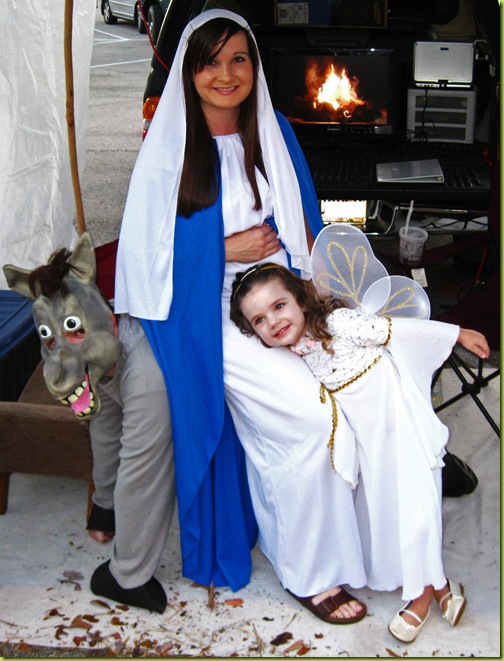 Yes. That really is Chris that I’m sitting upon.

You see, he’s always had this strange desire of wanting me to play the role of Mary when I’m pregnant. I avoided it when I was expecting Ali, but this year, he begged relentlessly.

And so, I agreed. With one condition: that he couldn’t be Joseph. After all – he doesn’t LOOK like Joseph. If he wanted me to be Mary, he had to be my Donkey.

Our Church holds a Trunk and Treat each year, where people dress their cars up with different themes and hand out candy to thousands of kids from the area, so Chris masterminded our theme: 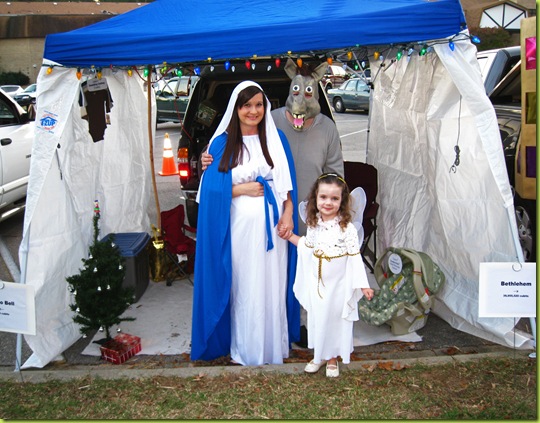 We knew the distance we had to go… 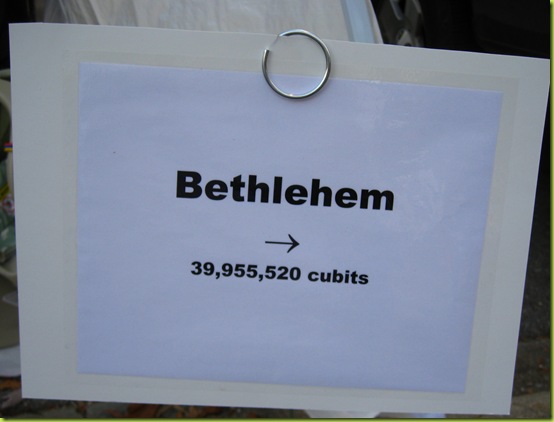 And, for those who asked where Joseph was, he was headed out to fulfill my craving: 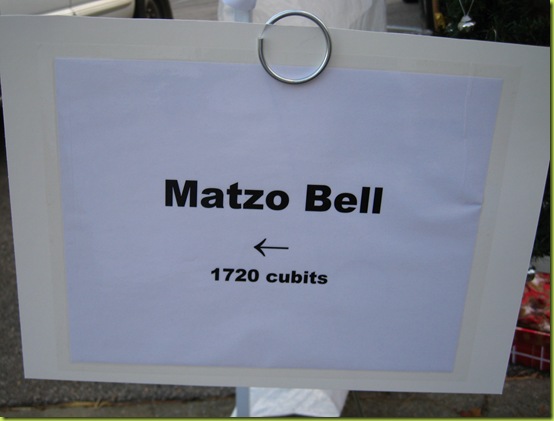 We were also prepared for our upcoming arrival: 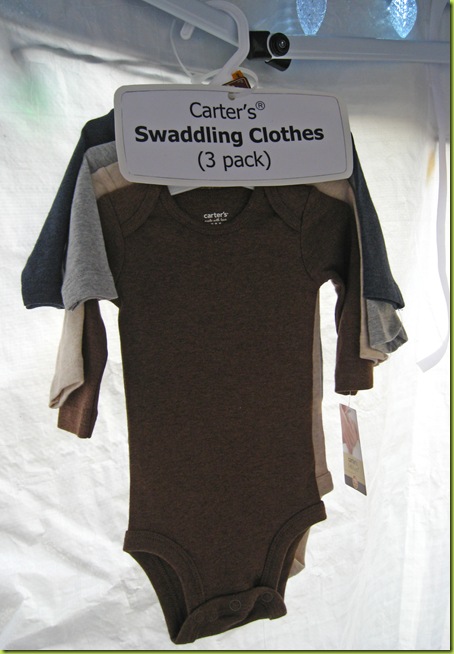 Including the proper traveling safety measures: 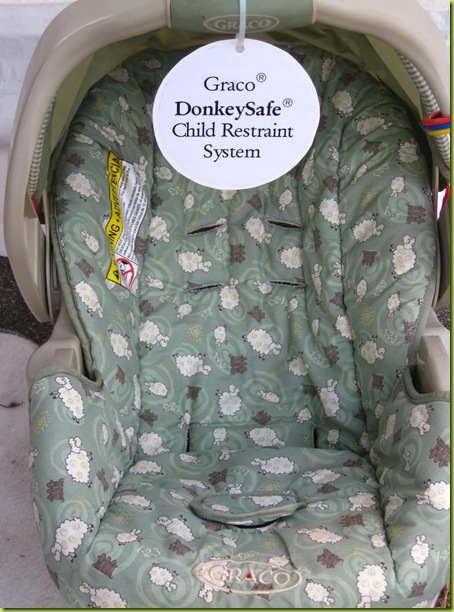 And, of course, I had a reference book for the journey, just in case I ran into any questions: 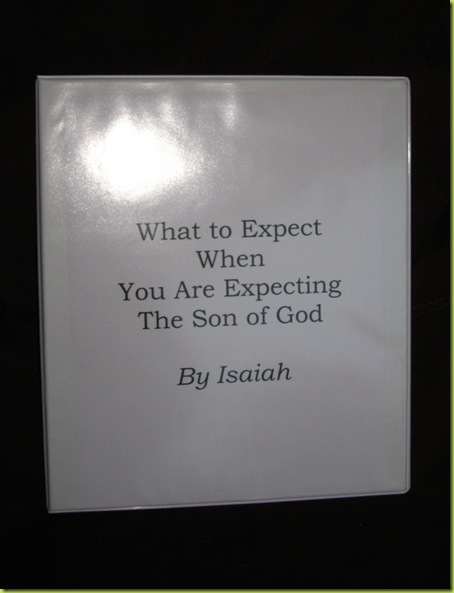 Our entourage was a single angel, 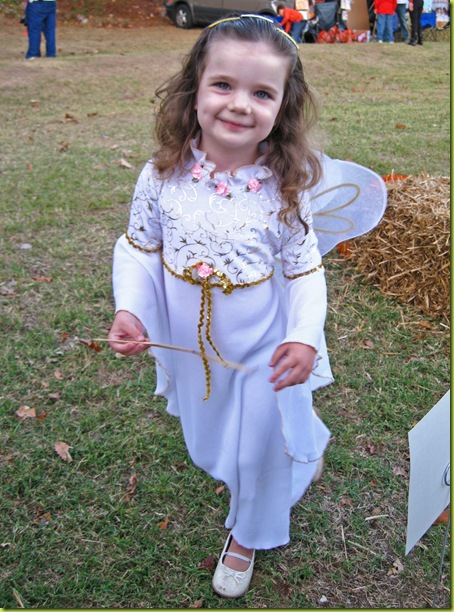 Who travelled back and forth between our campsite and Heaven, which happened to be the car next door: 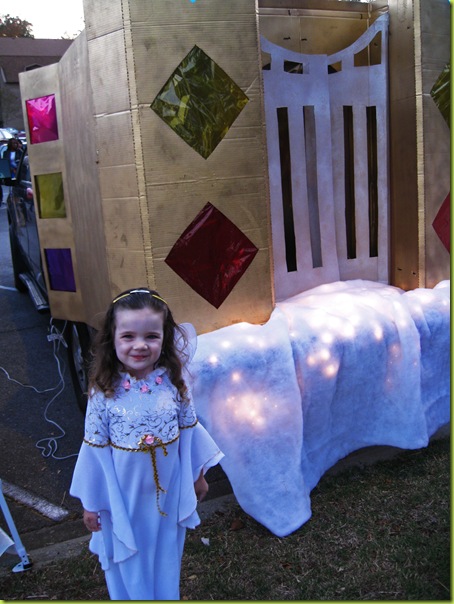 But our Angel was shockingly helpful with the candy-handing-out, despite her usual fear of strangers (especially strangely dressed ones), tirelessly picking up candy (only eating one in every 100 or so pieces), 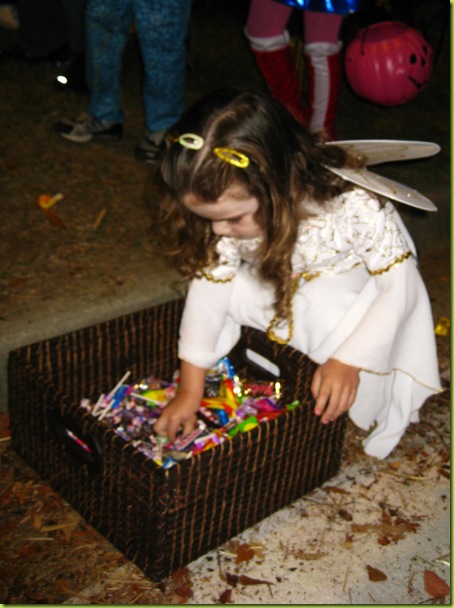 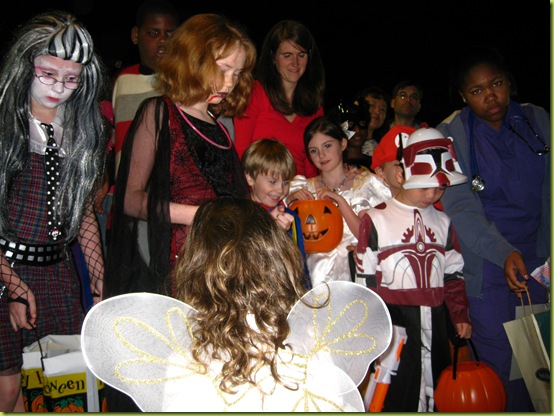 Donkey also handed out his fair share of candy, despite mixed reactions from the smaller consumers, including shock 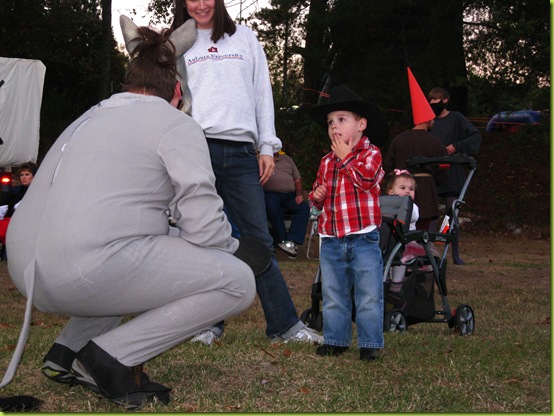 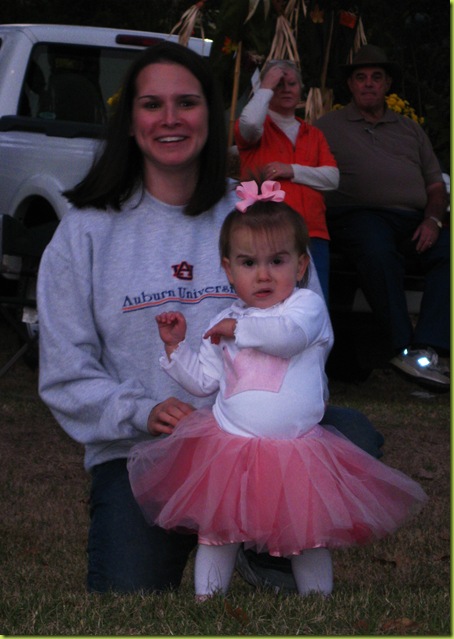 And yes, I managed to hand out a bit also. And yes, I’m sure Mary had Birkenstocks and drank out of a Tervis Tumbler. 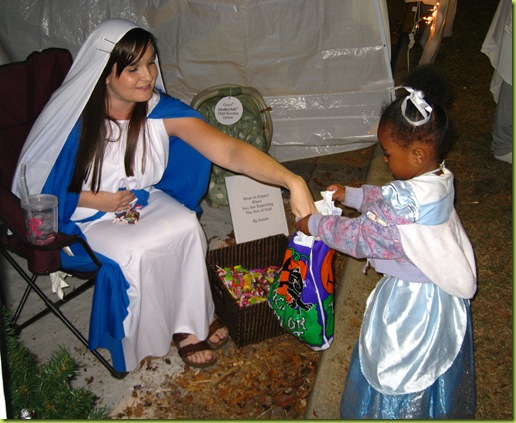 I had been having pretty intense contractions all day and the night before, so of course I was having visions of having to report to Labor and Delivery dressed as the Mother of God.

And, of course, them not having any rooms available.

However, I managed to survive without the need of the hospital stable.

Donkey was the one who was probably closer to passing out than I – rubber masks and thick flannel onesies, apparently, aren’t so breathable. Every now and then, he would disgust me to the point of hysterical laughter when he would open his donkey mouth really wide and point the mouth-hole downward, creating a literal waterfall of sweat to empty out his snout.

It was nasty. Just like Donkeys tend to be.

And Ali – she had a wonderful time. Despite giving out candy, collecting her own candy, seeing all of the costumes and hanging out with her friends, when I asked her what her favorite part of the whole night was, she quickly and confidently responded…

“Seeing the old pumpkin by the trash can when I went to throw away all of the candy wrappers!!!”