When I was a little girl, my impression of Birmingham’s downtown area was a jumble of closed up, falling apart, and run-down buildings. My Mom would tell me of their grandness when she was a child, and I would daydream as to what it must have been like to dress up in my Sunday best to go shopping downtown.

Because of this, my childhood assumption was that all downtowns were dead or dying like Birmingham’s was. I was amazed to visit vibrant city centers like Atlanta and Chattanooga and discover that in other cities, people not only went downtown, but actually lived downtown. I became, and stayed, very jealous of other cities’ awesome urban-ness.

So it absolutely thrills my heart that Birmingham is finally, but very rapidly, changing. We have real things in downtown now – Ali and I often visit our awesome children’s science center, The McWane Center, the historic but falling down buildings are being refitted and turned into lofts quicker than I can keep up with, and new and very-Atlanta-looking condominiums are popping up all around.

I hope that Ali’s assumptions about downtowns are completely different than mine were.

The newest addition to downtown’s growing appeal is Railroad Park. Located right in the middle of the city between 1st Avenue South and 1st Avenue North, it is a beautiful, crisp, fresh urban park. It is comprised of 19 acres of ponds, streams, playgrounds, picnic benches, walking and biking trails, and beautiful green areas.

We visited Railroad Park for the first time on Saturday, and it endeared me even more to our newly reviving downtown. 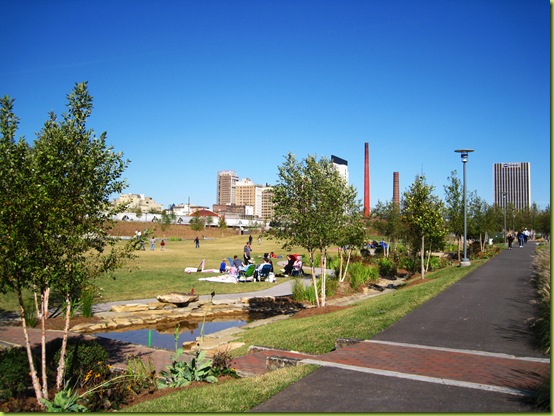 Ali loved running in the grass… 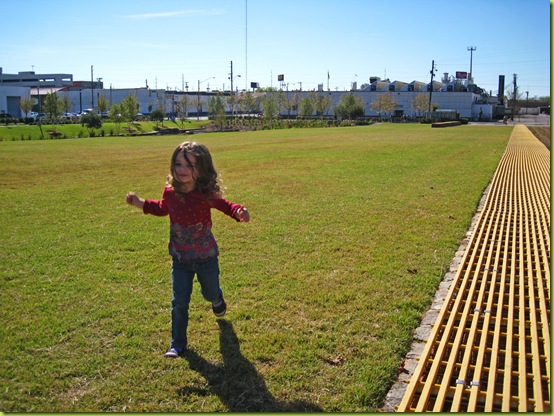 And on the long benches. 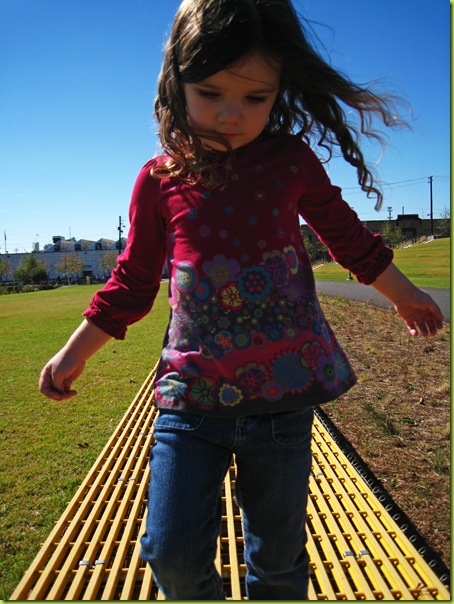 The playground was very clean and enclosed for plenty of safe playing, 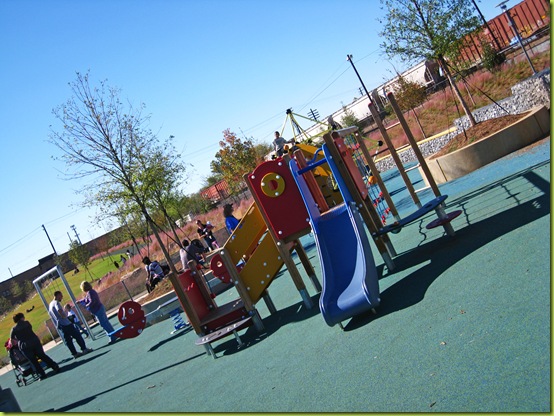 And the streams and ponds were beautiful – and made even more so by the railroad tracks and downtown skyline behind them: 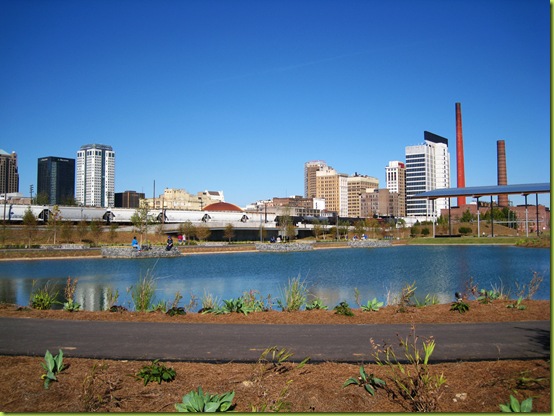 There were also “biking bowls” (for lack of a better term??) and a skate park across the street for those more daring than my child will probably ever be. 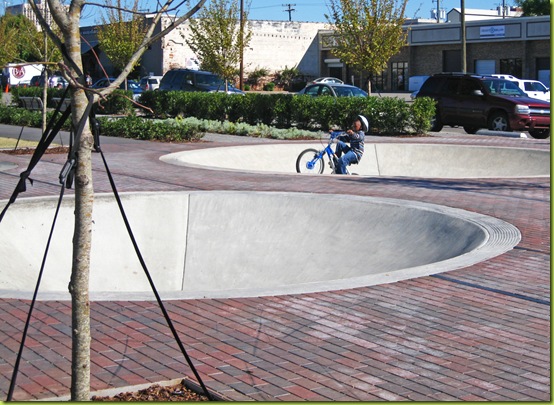 They also advertise a Dining Car on their website at which we planned on eating, but it is either only open during the week or not quite open yet, or we were just too dense to be able to find it. However, there IS a Dominoes across the street that gladly sold us a Pizza Picnic.

Ali and I also visited another new addition to our city on Friday – one that I have been ever-so-anxiously awaiting the arrival of: The Shops of Grand River. 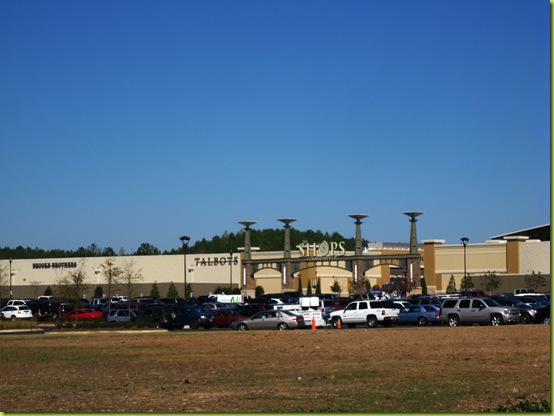 Located in Leeds (which is much closer than most people think – it’s the very next exit off of I-20 after 459), it’s a brand new and quite large outlet center – something that Birmingham has lacked for a long time (sorry, Watermark, but you never really satiated my needs for outlet shopping).

They opened last Thursday and have a great selection of stores – all of my favorites, for sure. At first, I wasn’t sure about the internal format – I was afraid it would be hard to get around, but once we arrived, I loved it – it felt very much like a mall with two open-air hallways: 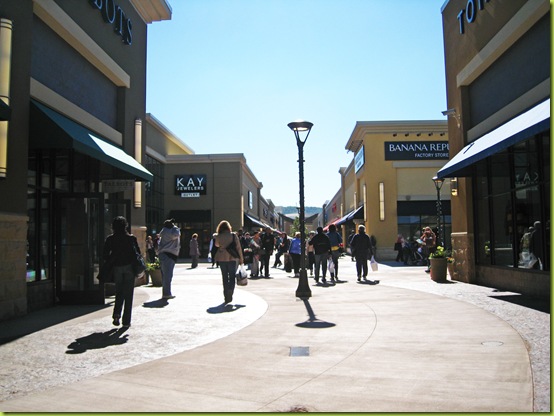 I was also surprised that the stores were already running some great deals – I figured since it was opening weekend, they might not have sales yet, but I picked up several things for Ali and Noah at highly discounted prices.

One store I was especially excited to visit was Stone Soup – run by my Aunt Tena of Earthborn Pottery (that I’ve talked about many times before), it is a conglomeration gallery of many local artists of all different types. And it was huge!! 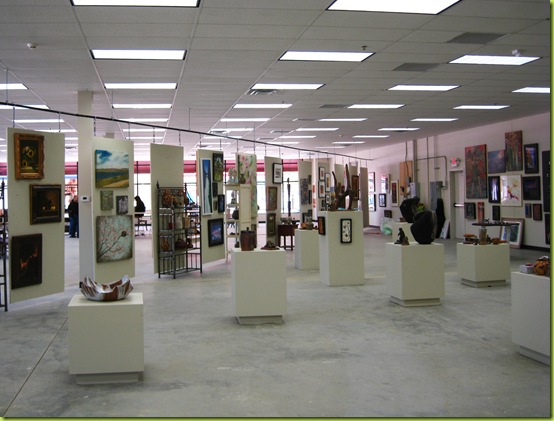 The selection was an awesome mix of paintings, pottery, furniture, mixed media, glass art, and all sorts of other exciting artisan-level pieces at great prices – I will definitely be going back there for some Christmas shopping. 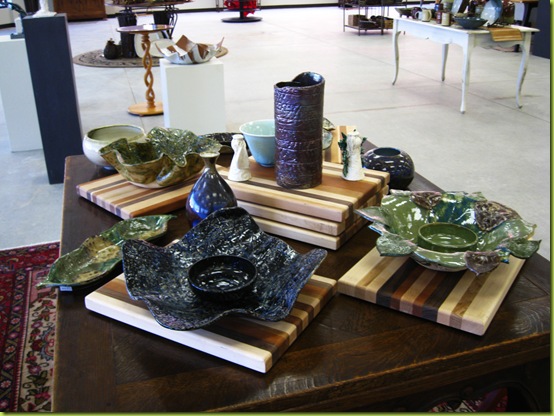 Ali found her favorite, a centipede: 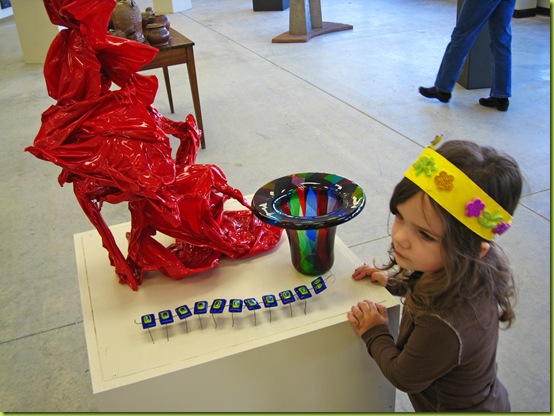 Ali and I also checked out the food court, which was really great, except that half of the eateries weren’t open yet. But once they all open, there will be a good selection. 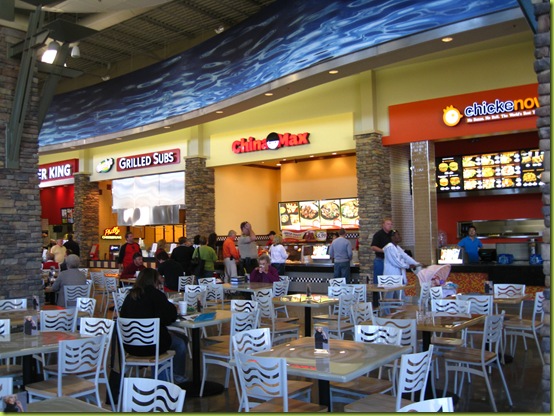 I was also very happy to see that, although the sidewalks were prepared for the arrival of my Nemeses… 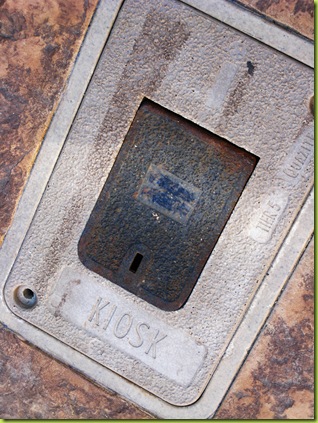 There were NO kiosks installed yet.

Despite all of the walking we did, even Ali was a fan – when it was time to go, she begged me for more – “But I want to stay at The New Mall for FOREVER!!” 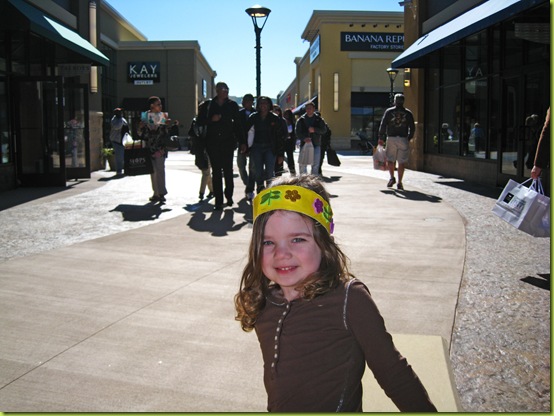 Both Railroad Park and The Shops at Grand River are great additions to Birmingham and the surrounding area – I’m thrilled to see our city growing and changing!

Disclaimer: No one paid me or asked me to write these reviews – I just enjoyed our outings and wanted to make sure that all you local people knew about the exciting additions to Birmingham.