So I’ve been thinking a lot about Eve lately.

No, not because of that disturbingly bizarre Pomegranate juice commercial where naked-but-tattooed-with-fig-leaves Eve is laying on the ground with a huge snake coiled around her…

(washing the mental image from my brain)

But because of The Curse. 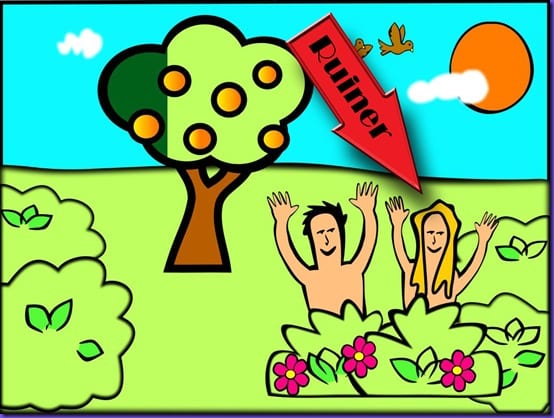 It’s becoming more and more apparent to me that our bodies were not originally designed to carry around 5 to 9 pound babies, PLUS all their luggage, AND life support apparati.  There’s really just not enough room in there, as is evidenced by the foot sticking six inches out of my side right this moment.

But, thanks to Eve, it is what it is.

But it makes me think… how would incubation and childbirth have worked if she hadn’t had to go and get us all cursed?

My first thought was eggs.

How awesome would it be to lay an egg and be done with it, other than having to carry the egg around in a specially-designed grow-with-your-egg warming purse for nine months?  I mean, we do live in the modern age, so you KNOW that there would be multiple amazing inventions to help us tote and care for our eggs, not to mention Full Service Egg Daycare Centers.

But then I thought about my Mom’s chickens.

And the relative size of their eggs to their body.

And the fact that they lay one every day.

And, since I’m a geek, I had to do the googling and the math.  An average chicken egg weighs 57 grams.  An average chicken weighs 5-7 pounds, so let’s say 6 pounds, which is 2721 grams.  Which means that they lay an egg that is 2.1% of their body weight every stinkin’ day.

And let’s not even talk about relative circumference. 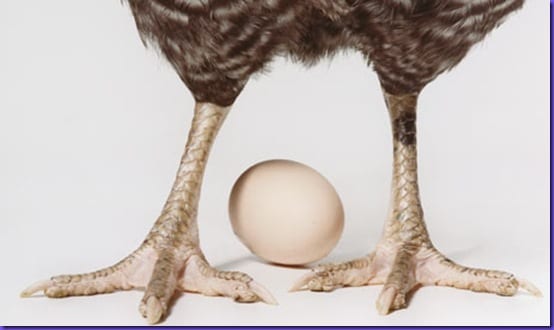 So it OBVIOUSLY wouldn’t have been eggs.

Maybe it’d be like those TLC reality shows…”I didn’t even know I was pregnant!”

Pregnancy would be so easy and painless and completely devoid of nausea and vomiting and ridiculous amounts of bathroom breaks and horrific weight gain that you wouldn’t even realize that you were pregnant until you sneezed one day, and out popped a happy, cooing, perfectly content and never colicky baby.

(Because I’m convinced that the demanding and ungrateful attitude of newborns is most definitely part of the curse as well.)

At any rate,  I’m sure it would have been awesome.  And I’m QUITE sure that Eve has NEVER been voted “Most Popular With The Other Women Residents” in the heaven yearbook.