So after my last post about football, I’m sure that you all assume that our tailgating crew is among the top tier of the hierarchy of football-tailgating craziness.

But I present to you evidence that, although I will not deny our proper belonging in The Nutlawn, the nuttiest we are not.

WE DO NOT have flowy-tiered tablecloths worthy of wedding decor: 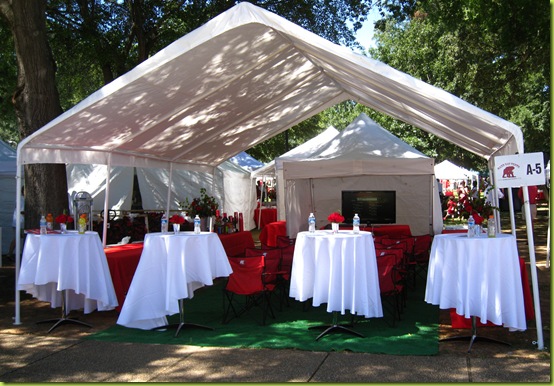 WE DO NOT have large vases of color-coordinated fresh flowers DELIVERED to our tailgating location: 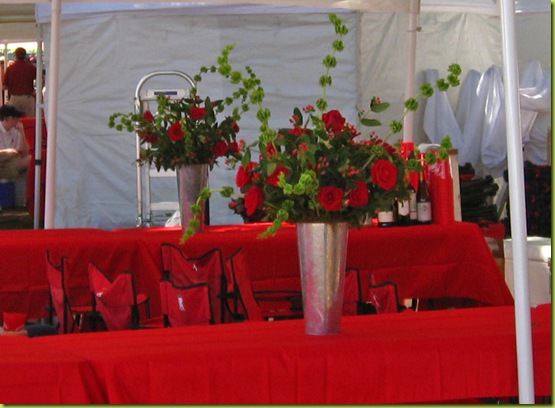 WE DO NOT serve out of caterer’s chafing dishes: 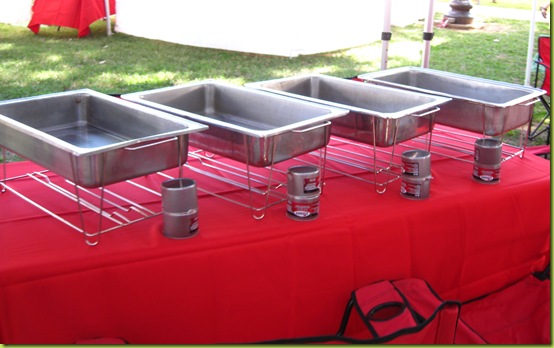 WE DO NOT have a 10 foot custom outdoor television armoire: 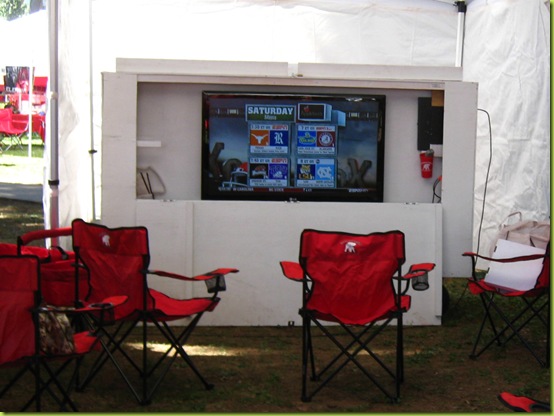 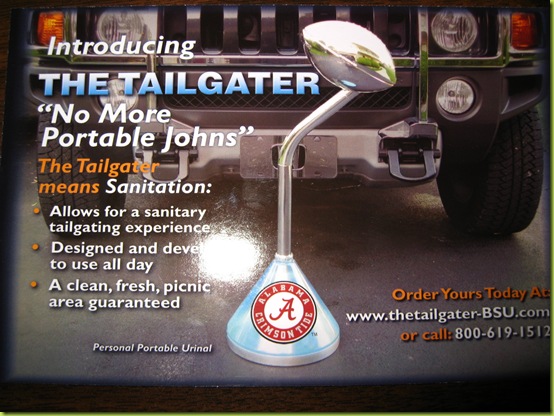 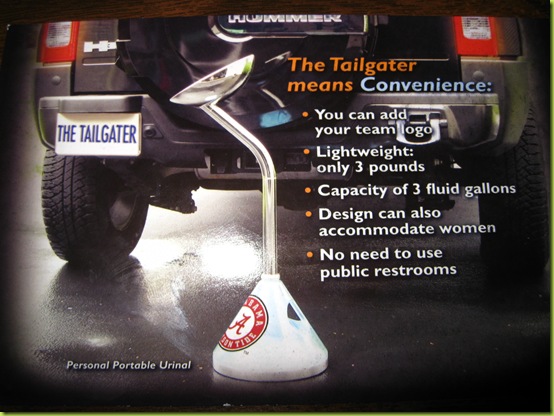 (Yes! For women too!! Because all women dream of being able to pee, outside, while balancing on a football-decorated-device, in front of 101,000 people passing by!!!)

And, much to Ali’s disappointment, WE DO NOT EVEN have a huge, inflatable Big Al: 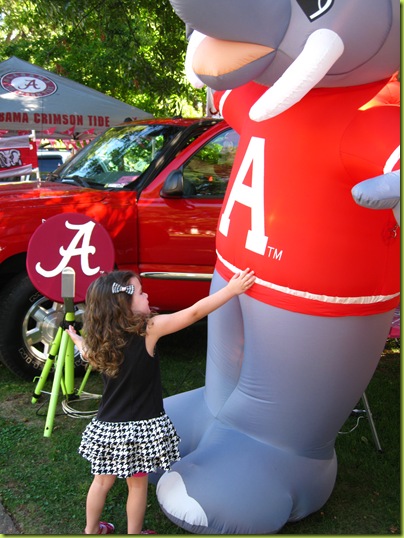 And so, due to this great inconvenience, she had to spend her entire tailgating morning running back and forth from our spot to the closest spot that DID have a Big Al, 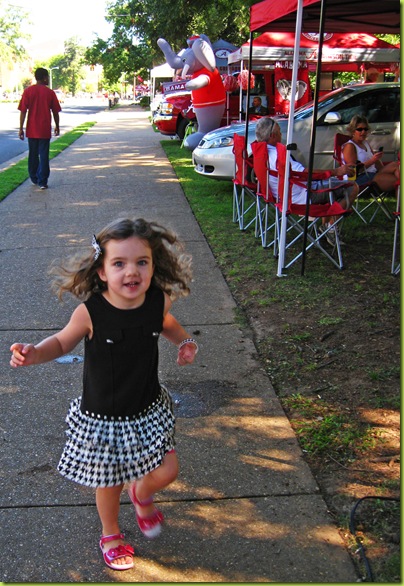 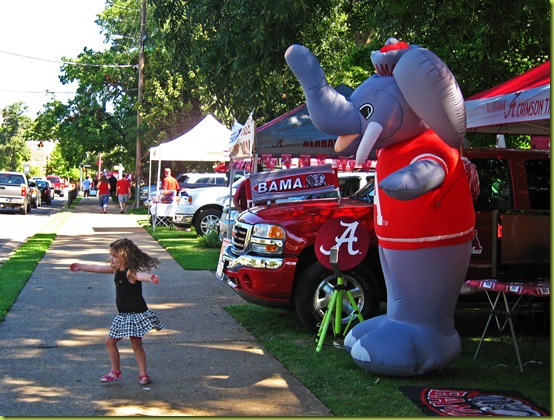 jumping up and giving him fives, 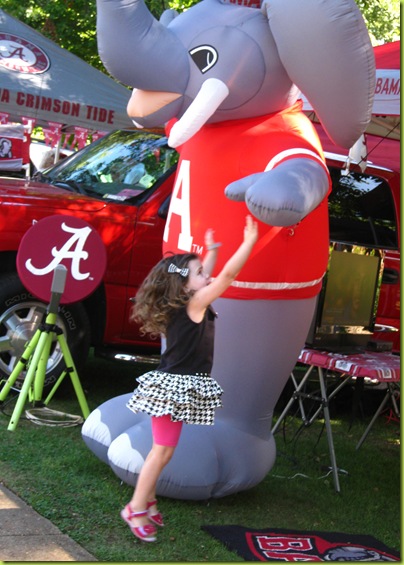 requesting that I give her and her friend some space, 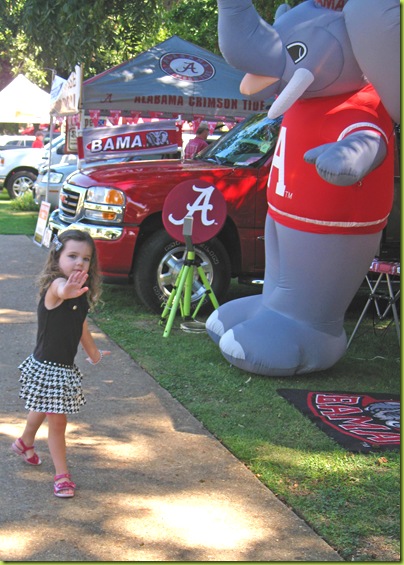 checking out his pedicure, 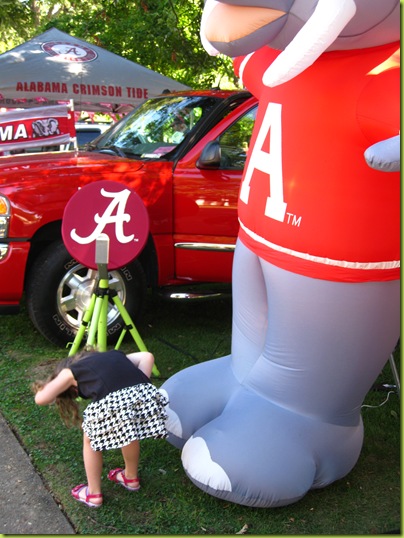 pouting when I said it was time to do something else, like, say, EAT, 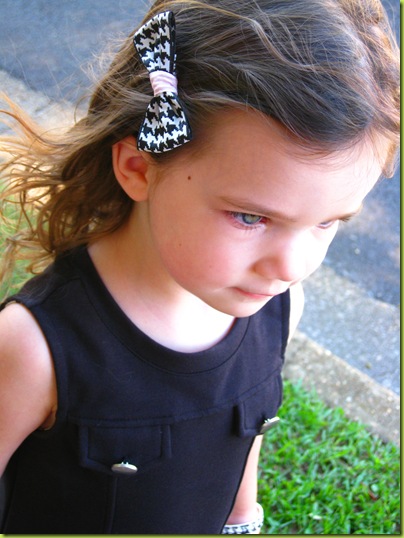 and then begging me to be allowed to run BACK to Big Al. 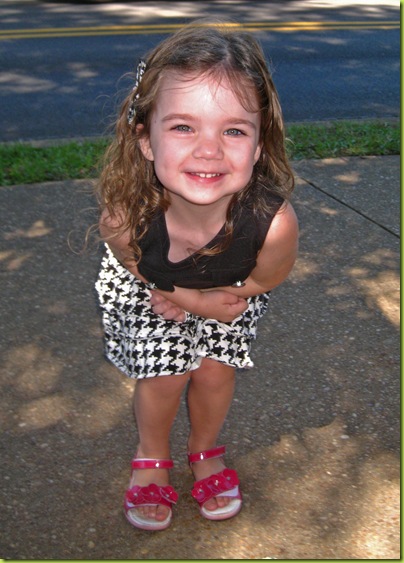 The girl needs an elephant.

But unfortunately, the one she wants is a bit…unwieldy: 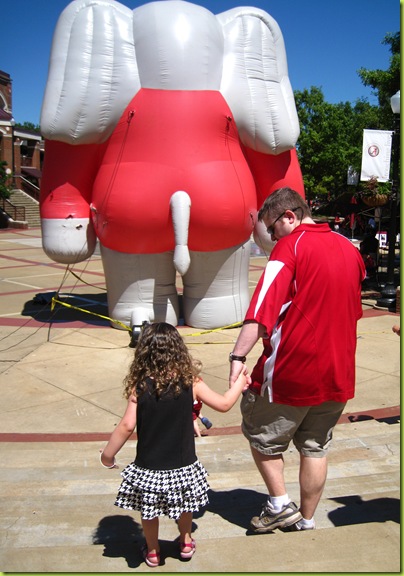 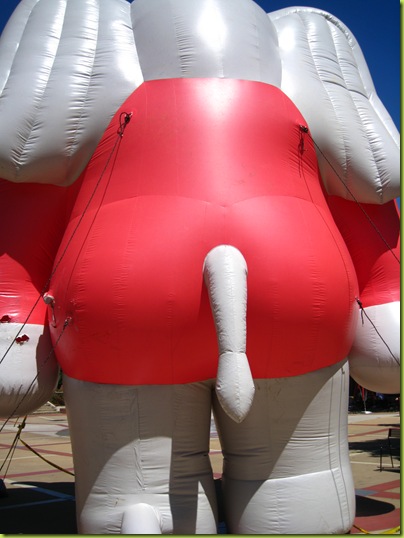 And I’m pretty sure she wanted to take him home to be her newest stuffed-animal-for-sleeping with. 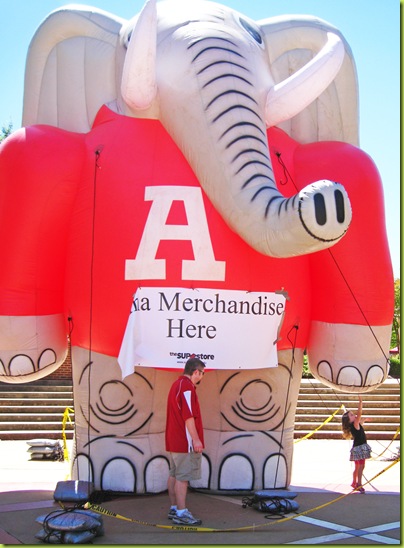 Because it was a 6pm game and we arrived at 9:30am (I was just happy that the sun was up), a nap was an absolute must for Ali.

Which is when our hard-fought-for tailgating location really pays off: we’re allowed to use the facilities, the huge living room with a big-screen tv, and the classrooms hidden in the back of the building.

Which make for great naptimes.

So we picked out a room that happened to have a nice couch for me to rest on while Ali slept, set up her little air mattress, barricaded us into the unfortunately-not-locking room, and set off to naptime: 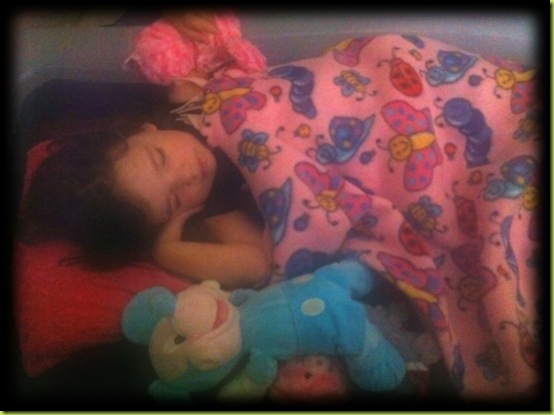 Since I hadn’t thought ahead enough to make a sign for the door that said “SLEEPING CHILD INSIDE DO NOT OPEN THIS DOOR UNLESS YOU WANT YOUR LIFE IN PERIL BY HER PREGNANTLY SENSITIVE MOTHER”, I didn’t know if someone would try to break down our barricade or not.

Sure enough, about halfway through her nap, I hear the doorknob turn.

I jump off the couch in seeming slow-motion as I hear the barricading chairs SCRRRAAAAAPE across the floor as the door is forced open with the strength of that massive Big Al Elephant.

I make it over to the door as it is forced 50% open, and see a middle-aged lady trying to come in.

I whisper hurriedly, “I have a child napping in here”, and start to close the door on her.

She pushes it open further and sticks her neck in the door.

I stare at her incredulously, wondering if she has COMPLETELY forgotten the sensitive nature of a child’s naptime.

She whispers way too loudly back to me, “I think it’s my grandchild in there.”

What I wanted to say was “Ma’am, you are not my mother nor are you my mother-in-law. I promise you that this is NOT your grandchild.”

But in order to continue my efforts to preserve our naptime-hanging-by-a-thread, I just said “It’s not”, and managed to shut the door despite her elephant-like strength.

And, miraculously enough, Ali slept through her entire fake-Grandmother ordeal.

After naptime, it was time to head into the stadium.

She was quite bored and underwhelmed with the men on the field, something I can’t deny feeling myself at times. 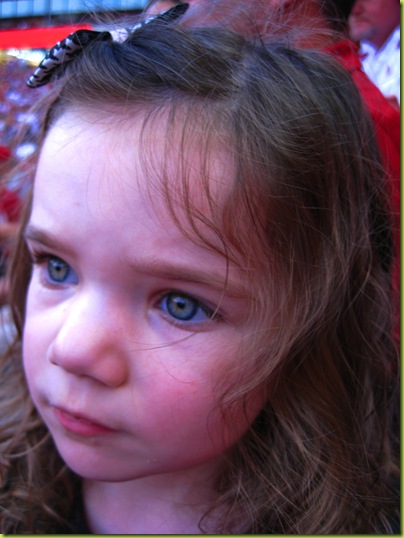 But I was convinced to entertain her until halftime – she’s never actually stayed until halftime, and so had no idea that THAT’S when the game actually gets interesting.

So we played with the camera… 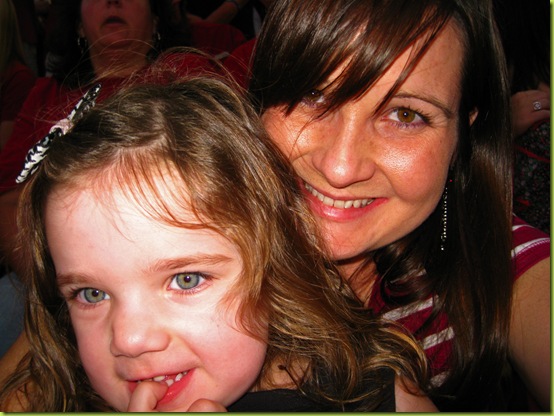 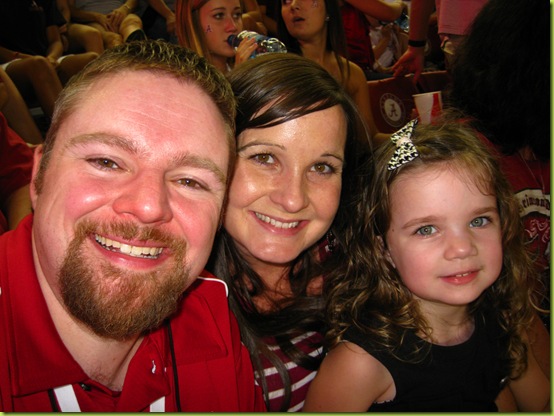 Tore up our shakers and made rings and bracelets out of the remains, and anything else to distract until the TRUE show started.

And, as I thought, she was completely entranced: 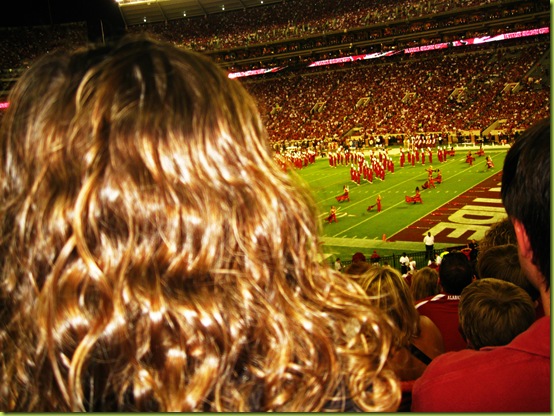 …but I don’t think she’ll be the least bit sad that she’ll be blissfully playing at Gramamma’s during next week’s game.