To help make Chiggerade out of our Chiggers, Ali and I made Black&Blueberry Pie with some of our pickin’s…

Ali was especially proud of her butter pat pattern placement: 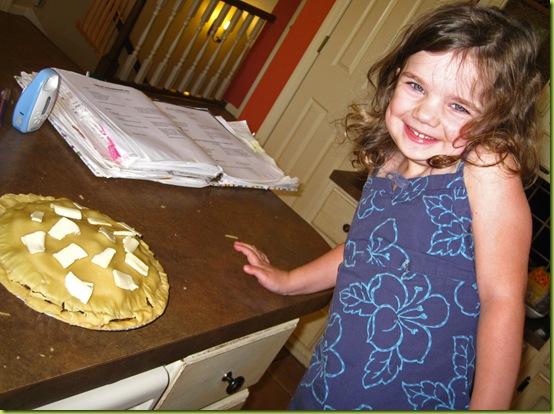 And, since it’s the first time I’ve ever made a pie quite like this and I changed the recipe around a bit, I didn’t know if I’d royally screwed it up when it came out of the oven looking as bumpy as if it had been bitten by a few chiggers itself: 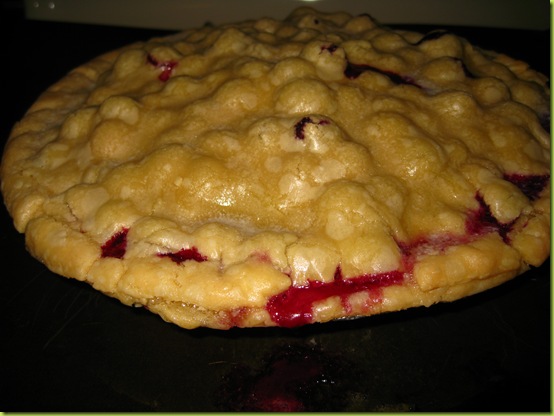 (And really, there probably were a few chiggers baked into that pie…but what can you do.)

THEN, while it was cooling, it started bleeding losing all of it’s juice. Afraid that I was going to end up with the world’s driest pie, I put a reservoir system in place: 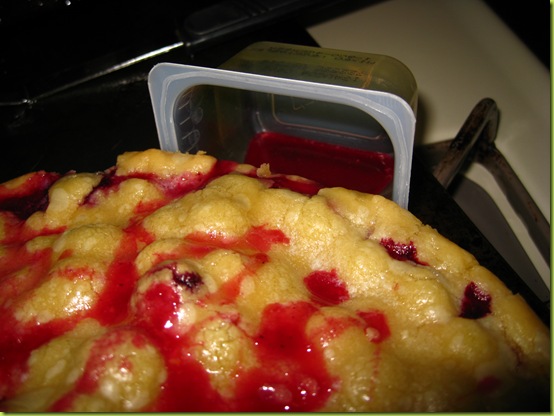 And then drizzled the juice back over the top of my now even more questionable looking pie: 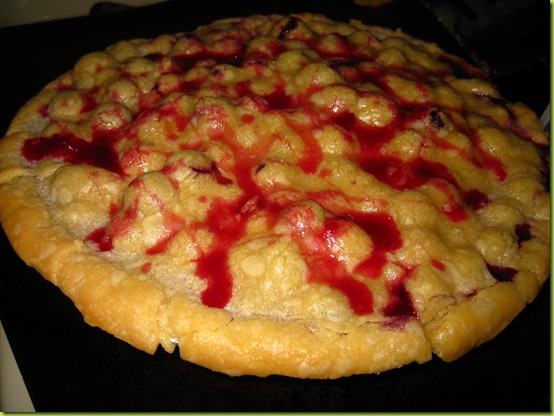 Once I cut it open, though, I realized it was leaking for a reason: it was TOO full of liquid. 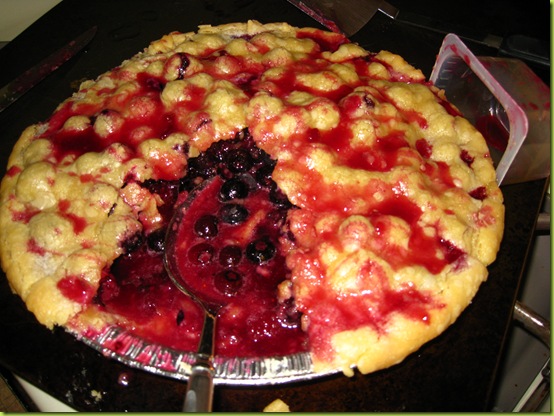 Oh well, you live you learn

But, despite the the end affect was QUITE delicious. 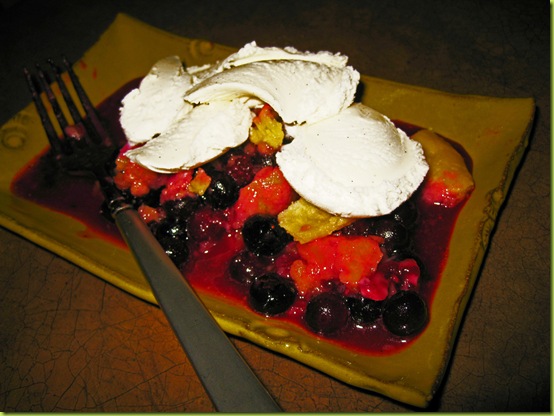 There’s really nothing like freshly picked and baked blueberries and blackberries popping in your mouth…and now I need another piece.

(I’ll try to get the recipe up on B-Sides tomorrow.)

Although Ali’s doctor just recommended to treat the symptoms with Benadryl, Calamine, and Oatmeal and dismissed any further “treatments” being needed, the rest of the non-doctoral-degreed world has quite another opinion.

It seems that everyone believes (whether true or not, I don’t know) that to get rid of Chigger bites, you must first kill the Chigger.

Chiggers are nearly microscopic little bright red arachnids that live in grass, waiting for their destiny to be fulfilled by a blood-bearing organism walking by. Then, they hop on board, scamper to the warmest spot they can find, and bore their way into their new host’s skin, feasting on their deliciousness as they dig deeper and deeper.

So, according to this theory, you can treat the itch, but unless you kill the bug, it’s going to last until the bug finally engorges himself to death with your tasty flesh.

The most popular theory is to cover the bumps with fingernail polish – supposedly, it suffocates Chiggers like no other.

But there are other theories as well.

But everyone has their theory.

My Dad’s suggestion was to pour gasoline on the bites, light them on fire, wait for the chiggers to run out, and stab them with an ice pick.

All of a sudden, Chigarid didn’t sound so bad.

But the most fascinating theory came from one of Chris’ co-workers. Chris was telling him that Ali and I had Chiggers, and his eyes lit up. He got all excited and said,

“Oh. There’s NOTHIN’ in the WHOLE WORLD that feels better than scratchin’ out a chigger!!”

“Scratchin’ one out!!! You get at it with a good fingernail, and you scratch and you scratch … you probably will make it bleed some, but you keep at it. You dig and you dig, and if you can’t get to it good enough (editor’s note: remember that Chiggers especially like warm places), you get someone that really loves you to do it for you. And you KNOW the second you got that chigger out, because it immediately quits itching, and it’s the best feeling of relief in the whole world!! It’s like how good scratching an itch feels, except times a hundred!”

Although I’m intrigued by the idea, just because you CAN do something doesn’t mean you SHOULD. The 80’s taught us this lesson with the “amazing invention” of dying shoes the same color as Bridesmaid Dresses.

But I’ll let you know if I get to scratchin’ and can’t quit until I scratch that chigger right out. I’ll just try and have an ice pick handy to finish the job.

16 thoughts on “Chiggeremedies and Chigger Pie”