Chris felt very cheated during my first pregnancy. He was oddly, yet very excitedly looking forward to me tapping him on the arm in the middle of the night, telling him that I just HAD to have three soft taco supremes with extra sour cream from Taco Bell right now, and him jumping out of bed, racing to Taco Bell, and fulfilling all of my pregnancy needs and desires.

But I never *really* craved anything with Ali.

Sure, I had my likes and dislikes, but I never HAD TO HAVE something RIGHT NOW, especially not at 3 am.

I kept telling him that the concept was much more romantic than the actual event, and I’m sure it would totally be annoying to be woken up in the middle of the night and sent to Taco Bell, but it didn’t relieve his perceived experiential lack.

This time around, though, I’ve been much more in NEED of things, and he’s gotten to pick me up some cravings, albeit not in the middle of the night. Yet.

But last week, I had to figure out my own craving.

It was 11pm, and we were laying on the couch watching TV, procrastinating from going to bed.

All of a sudden, I sat straight up.

“They quit selling them everywhere years ago. They may have quit making them, just like they did all of my other childhood red licorice favorites because I am apparently the only person in the entire world that loves the stuff, the evil candy-makers.”

I immediately left the couch and searched Amazon. No luck – out of stock.

I Googled it. A few random candy companies came up, so I started trying to figure out which was the most trustworthy.

(Not which was least likely to steal my credit card number and identity, but which was most likely to actually send me, as quickly as possible, my MUCH NEEDED RED LICORICE, identity theft or no.)

So I picked one and ordered, and, relieved, re-joined Chris on the couch.

“So how many are you getting?”

Chris pulls out his iPhone.

“That’s the width of a Hockey rink…the distance between bases on a baseball field…way longer than a bowling lane…and the LENGTH of a high school basketball court!!”

“Well, did you at least get expedited shipping so it’d get here faster?”

“If it’s a craving, you should have gotten it overnighted!!”

Thank goodness I have an understanding husband.

So, after 6 days of excruciating red-licorice-filled thoughts and checking UPS tracking every few minutes and trying (unsuccessfully) to get Chris to drive to Montgomery, break into the UPS terminal, find my licorice and bring it back to fulfill all of his crave-hunting desires, my box finally arrived.

It was even worth the delicate operation I had to work out to get rid of an overly-full box of these banes-of-the-universe to unearth my prize: 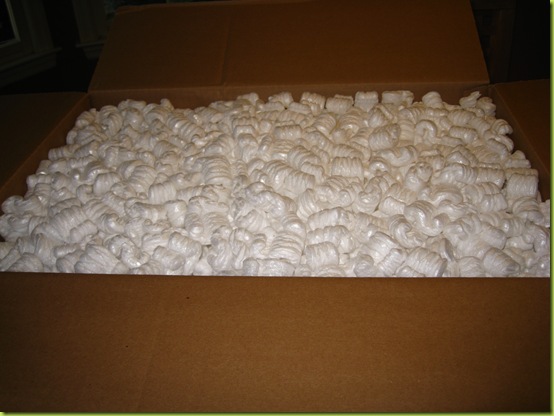 And then, there it was. 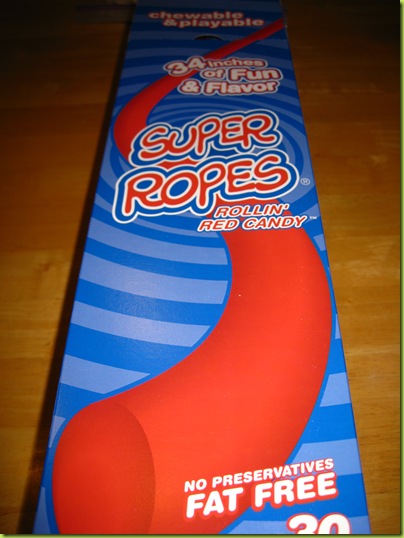 My basketball court of red licorice.

The first bite was just as good as I had hoped, my entire childhood flooding back to my tastebuds.

Of course, the first 34 inch rope was gone in about 10 minutes.

Good thing I know where I can buy myself another candylicious basketball court.

But next time, I’ll tap Chris on the shoulder at 3 am and ask him to go order me some. With overnight shipping, of course.

19 thoughts on “A Craving Fulfilled.”