I’m a smoothie connoisseur. Fruit only – no milk or yogurt.

Whether I’m making my own, buying them from the only Smoothie shop I deem acceptable (Planet Smoothie), or getting lucky and getting a really good one at some random place, there’s no greater joy than a good smoothie.

But no smoothie that I’ve ever had or made myself compared with The Magical Smoothie.

They are Peach. And they are served in only one location, to a very exclusive group of people – at Brookwood Hospital, only on the Maternity floors.

I’ve even heard a rumor that only the Moms trying to breastfeed get them, which leads me to believe that one of the magical ingredients must be lactation-inducing.

But regardless of the ingredients, they are simply indescribable.

I received my first Magical Smoothie the day after Ali was born. It was served in a regular old styrofoam cup, and It very nearly made all the pain from my C-Section disappear in my heavenly bliss of smoothie perfection.

It was most definitely more effective than the stupid morphine pump.

The odd thing was, I’m not sure what made it magical, because it wasn’t even a good consistency – when they brought it to me, it was solid ice.

But as it melted away, my life changed.

The next day, they didn’t bring me one. You better believe that I put that nurse button to good use. Even on my departure day, I begged and borrowed for just one more, because I knew that there was no way I could live without one more sip of Peachy Heaven.

I’ve tried to sneak into the supply kitchen.

I’ve had the new Daddy go ask the nurses for one.

I’ve mapped out and conspired to steal the whole refrigerated cart when the Magical Smoothie Elves make their rounds.

The only time I succeeded in having an unearned Magical Smoothie, though, was on a Strawberry Day.

It was good, but it was no Peach.

Granted, I was a bit afraid that drinking it out of context would make me instantaneously lactate, but it didn’t really matter – any price would be a price I’d be willing to pay for a Moment of Magic, including 5 years in jail for stealing smoothies from post-partum Moms.

My friends and I sit around and reminisce about our days of giving birth, and one of the fondest memories is ALWAYS The Magical Smoothies. We’ve even convinced some of our other friends to transfer doctors and hospitals from Saint Vincent’s to Brookwood – almost entirely for The Smoothie.

So you can only imagine my excitement.

The counting down of the days.

The anticipation of my next Smoothie Event. 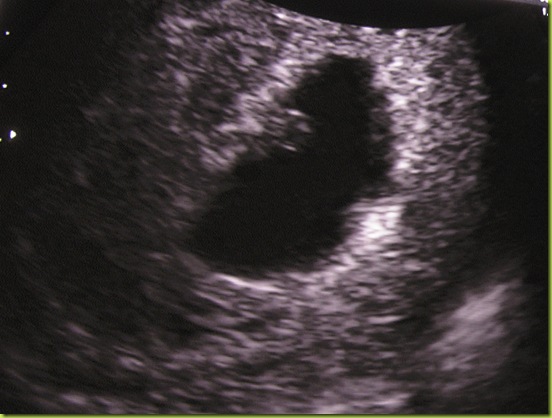 Yes, I’m REALLY pregnant! And no, of course I’m not more excited about The Magical Smoothie than the baby….I promise. But I can’t help it if I’m already craving some Peachy Magic. Now if they only had Magical Smoothies that curbed nausea…

59 thoughts on “The Magical Smoothie.”