We took Ali to the Alabama/Arkansas Gymnastics Meet Friday night. It was fun for me to actually go to a sporting event in Tuscaloosa that I really could get into – after all, 10 seasons of football games should buy me a few events of my choice, right?

But Chris got rewarded to taking us too. He spotted this in the window of the Athletic Building: 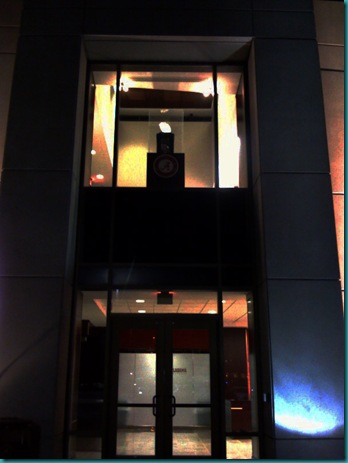 That’s right: He didn’t have to go on the ever-classy Wal-Mart Tour to see the National Championship Trophy.

Once we got inside, Ali, of course, was mesmerized by the gymnasts… 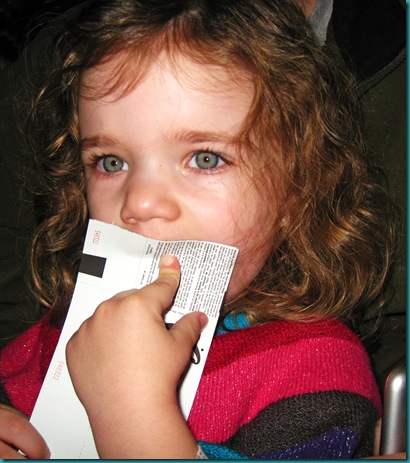 We brought Gramamma and Pop along, which also thrilled Ali’s soul to the very center. 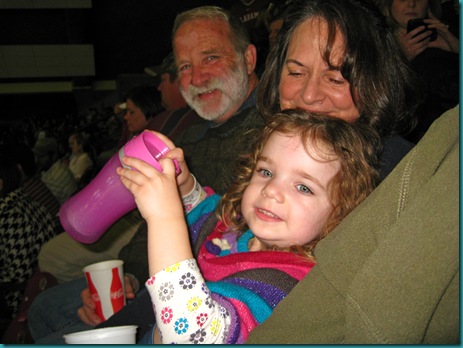 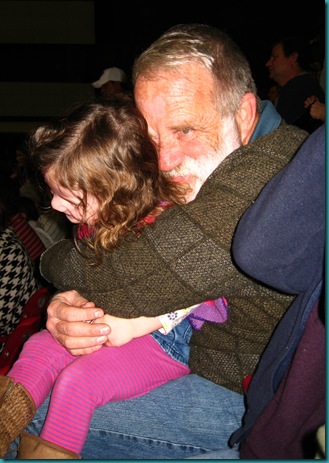 She was also super excited to catch a few glimpses of her Gymnastics Idol, our friend Rachel, who is currently on the Gymnastics team.

I have only been to one Gymnastics meet in my life, and I was really young at the time, so I learned a few things. 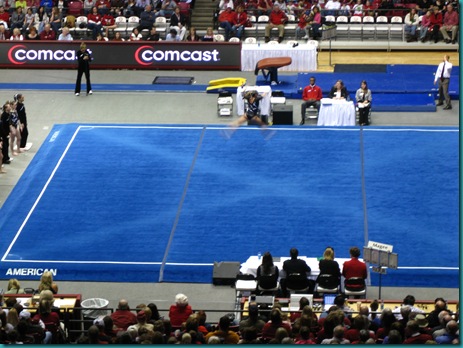 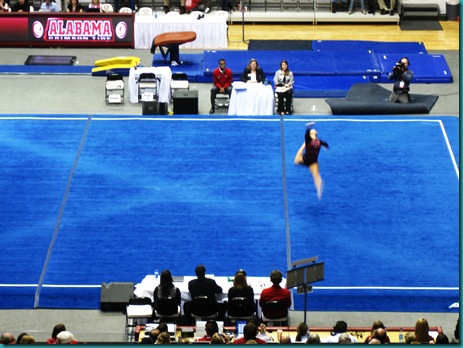 Despite staying up later than she ever had before, Ali had a dreamy time and is insistent that she is going to do ALL of those tricks on Monday at Gymnastics class. 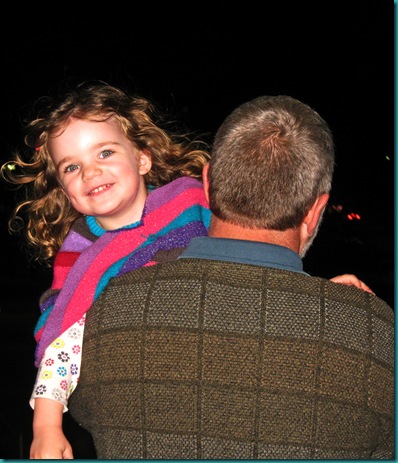 …and WE had a dreamy time sleeping in until 10am (at which time we WOKE HER UP) on Saturday morning. Late nights have their benefits.