Our youth group is going to Costa Rica on a short term missions trip, and they have come up with some awesome fundraising ideas. The latest and greatest: A Church-Wide Dodge Ball tournament.

That’s right – not just the kids, but all ages. And you KNOW that the men couldn’t resist a temptation like that.

There was much pomp and circumstance, including the Church staff dressed as referees: 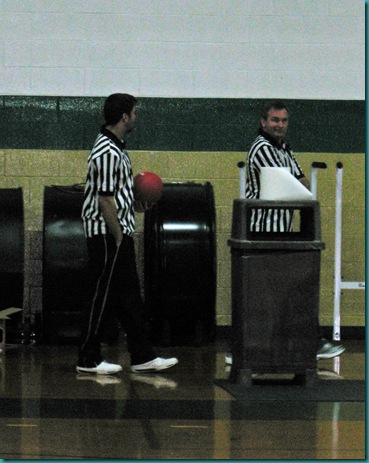 The National Anthem sung in the pitch black with just spotlights: 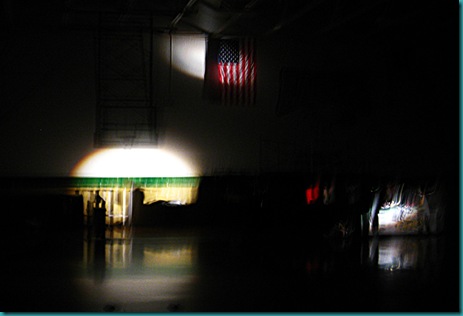 And then the teams introduced, running through the smoke, one by one (still in the dark, so forgive the picture quality)…

(Oh – and there was an incentive for the best dressed team – a key fact in understanding the next photos.)

There were “The Navi” (from Avatar)… 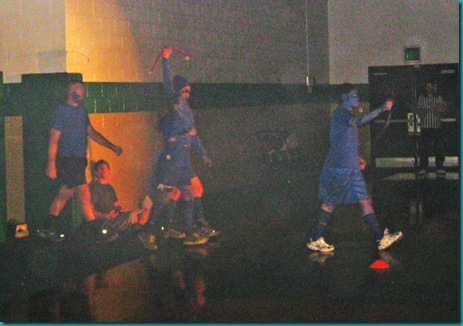 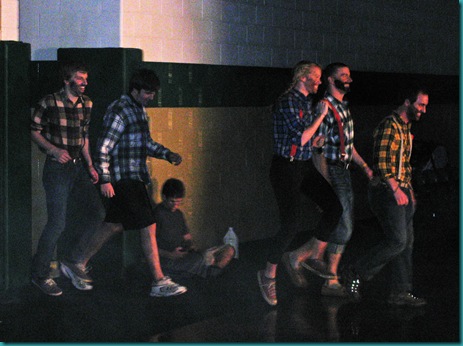 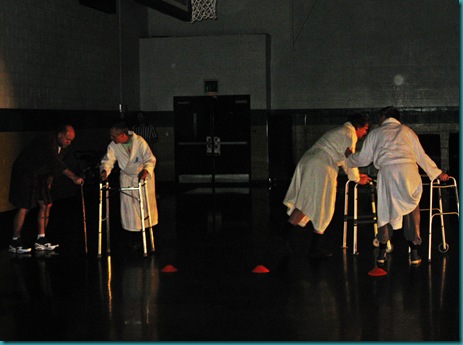 All in all, I was stunned by the number of teams competing:

They had the gym set up in two courts, and one important fact that we were not aware of was that the bleachers were directly in aim of the game at all times.

We must have been the only ones that had not received the memo, though – Ali was the youngest spectator: 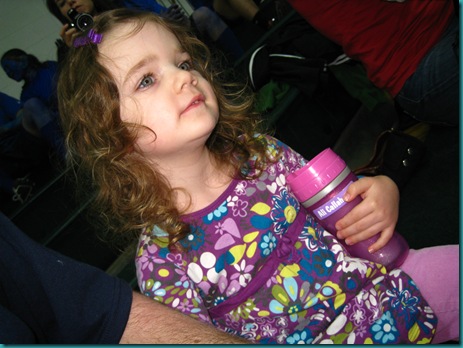 She never realized the grave danger she was in the entire time – she thought the whole hitting each other with balls thing was QUITE exhilarating, and tried to get down and join them several times.

I wasn’t really concerned for her safety the first match, because the team across from us was my LifeGroup of High School girls: 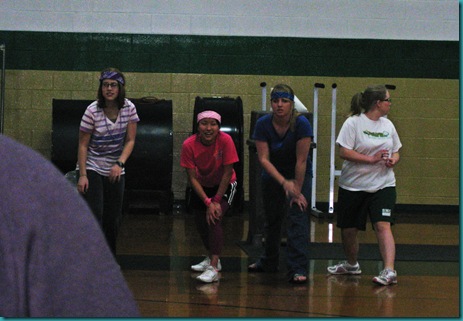 Sorry, ladies, I love you to death and I’m quite proud of your performance, but your threat persona just wasn’t convincing.

Luckily, when the more frightening opponents were seeded to our court, the teams that were not playing each heat helped us keep Ali safe: 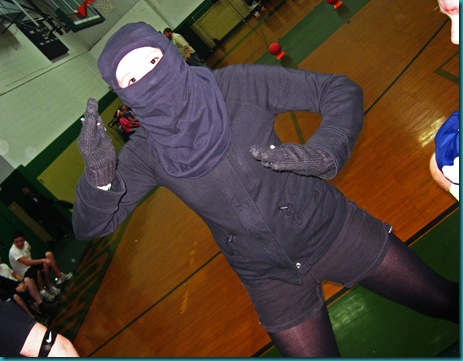 Also helpful in keeping our daughter safe were a few stop-the-airbag-Michael-Oher moves that Chris picked up from watching The Blind Side.

We did manage to keep her from ever getting hit, or really ever realizing that she COULD get hit at any moment – hopefully that keeps us out of trouble with Child Protective Services.

There were some awesome costumes… 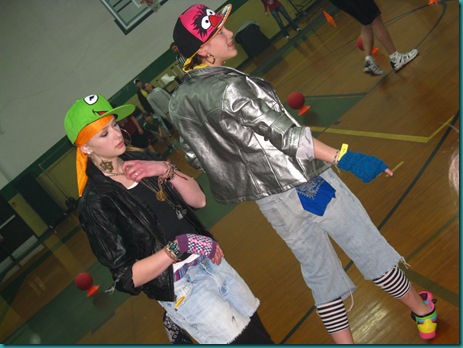 That lended themselves to great announcer fodder – for instance, when this Lumberjack was the last one standing against The Formidable B’s from our class, they gave a hearty announcement that “It’s now down to two B’s and a lady with a beard!!!!” 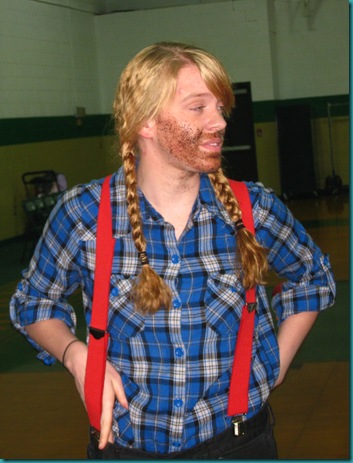 Ultimately, the Navi were chosen for the best costumes. 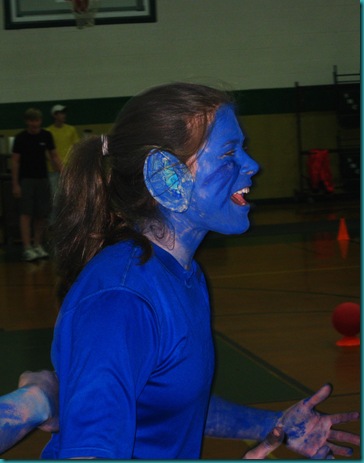 Which I can see why they deserved it – they’re all going to have blue snot for at least a week.

However, our Sunday School’s team beat up on some little kids and came out victorious, taking the title of biggest bullies Dodge ball Champions!! 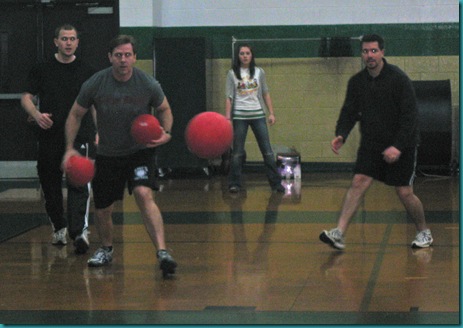 Sorry, Geezers…if only y’all had ALL worn your compression socks so that you didn’t pull muscles in the first heat, I’m sure you could have pulled a victory instead. 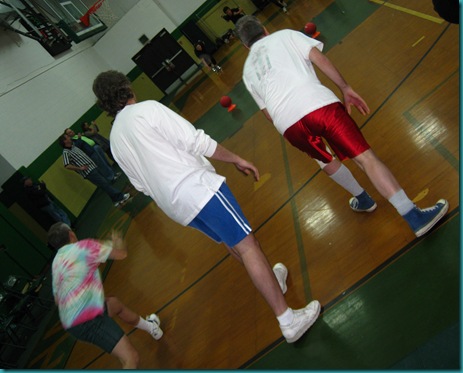 We left a little early to get Ali home for bed, and on the way home, she asked, “Is Church still throwing balls at each other?”

Yes, dear, because that’s what missions is all about.

14 thoughts on “Hitting Each Other: A Perfect Missions Fundraiser.”