Sorry I’m late in getting this annoucement out: The winner of the Prima Princessa DVD is Michelle from 5 Little Wolfs!

Saturday night after coming home from staying with Gramamma during the LSU game, Ali woke up screaming three different times – 2am, 5am, and 6am. She wouldn’t talk, but she would shake and nod her head.

“Did you have a bad dream?”

“What was your bad dream about?”

Wow. It must have been awful.

The next morning, I asked her about her bad dreams.

She remembered immediately. “They were about Cinderella. And her two sisters. They were tearing up her pink dress. They messed it up.” 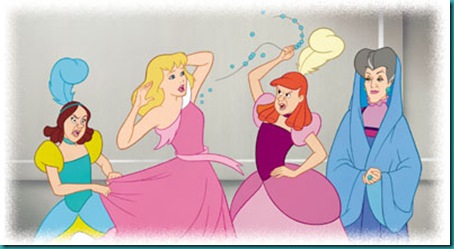 I said, “But the Fairy Godmother came and made her an even prettier blue dress!”

“Yes, but the pink dress. It was messed up. The sisters weren’t nice.”

So let me get this straight, kiddo: You watched Snow White with no qualms, including the part where the evil Queen instructs the scary huge man to kill Snow White and put her heart in a box as proof…

But then, you watch Cinderella at Gramamma’s house, the happiest place in your world, and then scream all night about a dress being torn up? 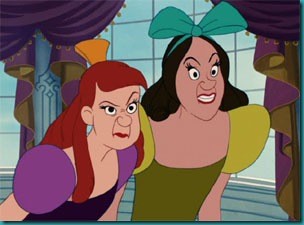 But they’re certainly less disturbing than this: 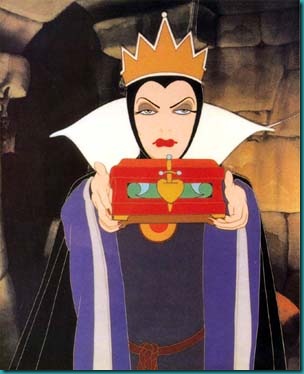 Ever since, our conversations keeps going back to, “The pink dress. It’s all messed up. The sisters – they were not nice. They tore up the dress.”

I’m starting to get it – fashion is important to Ali. The stuff that can make dreams or nightmares.

I think she might have a future on Project Runway.

But in that case, she better get over being so upset by dresses being torn apart, because the judges…

have an eery resemblance to these two.

15 thoughts on “Sweet Dreams Are Made Of This…”

Leave a Reply to Tanya (In the Dailies) Cancel reply