So I haven’t reviewed my Ninja yet because I’ve been too busy playing with it for the last few weeks and trying to put everything into practice that I learned about it in New York. I’ve found what I like and what I don’t like to use it for, but overall love it!

The first thing I had to try, of course, were smoothies. I unpacked it and got it set up and admired the double bladeage, ready to chop the ever livin’ daylights out of some fruit: 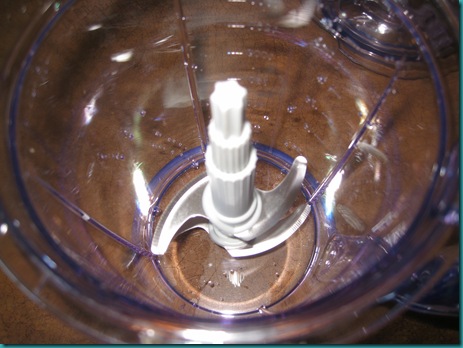 The top is where the motor is – it just sits on top and you push down on it to make the blades do their thing: 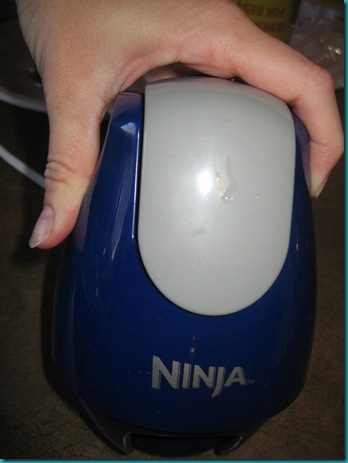 I decided to see if I could make an all-fruit smoothie, aka no ice OR sugar. So I started with a pint of FROZEN blueberries: 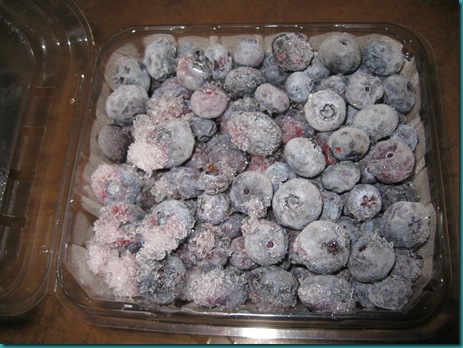 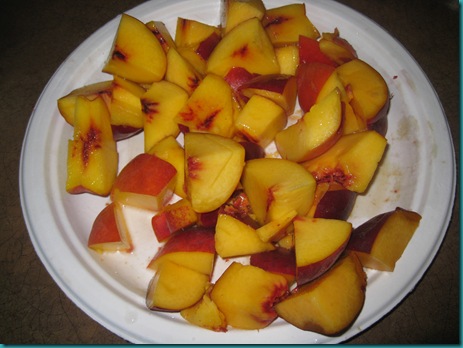 Ali helped me get it all loaded in: 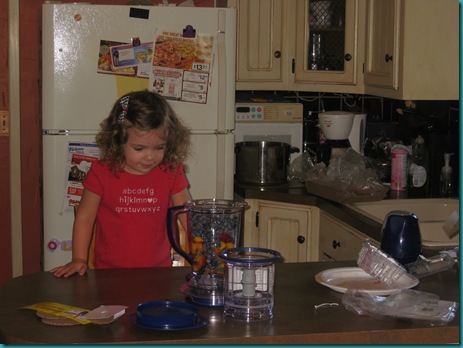 Then quickly ran to the other side of the room, as she knew there would be loud noises to follow. 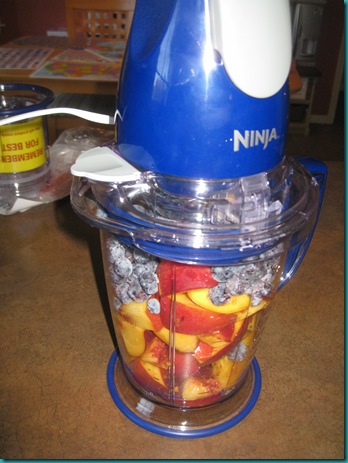 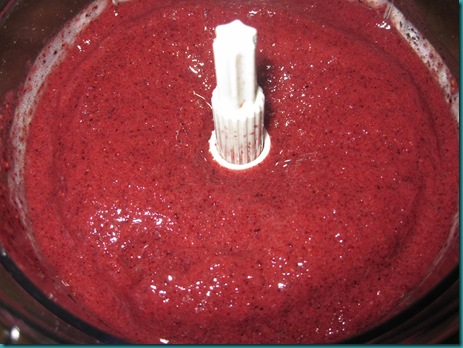 I will say that Ali did LITERALLY pee her pants from the noise. I would show you the video of the above smoothie making, but halfway through it, Ali starts squealing from her oopsie, and it kind of ruins the effect.

I ended up adding ice after all – the blueberry to peach ratio was all wrong to be cold enough. But putting ice in with the already smoothied fruits didn’t seem to bother it, and we had lovely now-COLD smoothies.

The blade thankfully lifts right out, which makes pouring and cleanup easier: 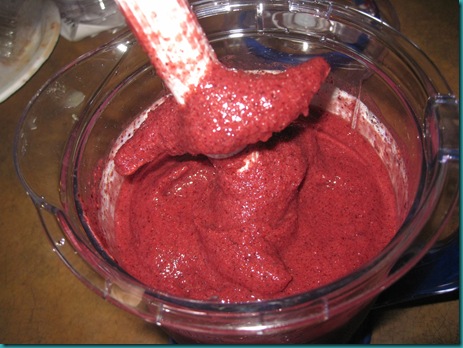 And here was the result of my “hard” work: 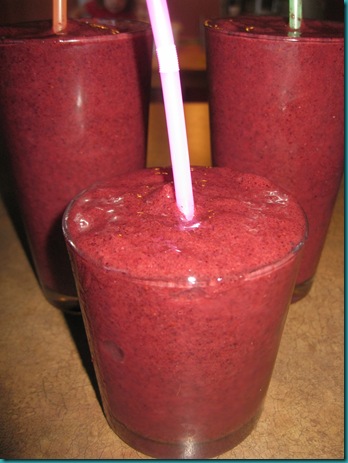 (No, we didn’t come close to drinking it all – I froze the rest for sorbets for later.)

But Ali DID love what she drank! 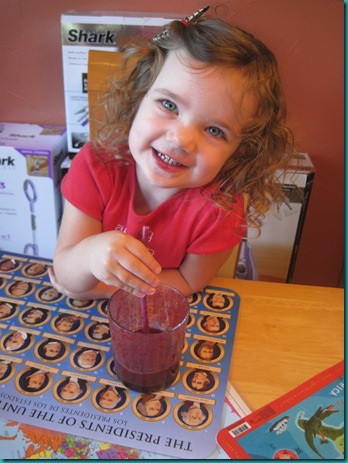 (After receiving a dry pair of drawers.)

I liked the cleanup – it rinsed clean very easily (no crevices to build up yuck like my blender has): 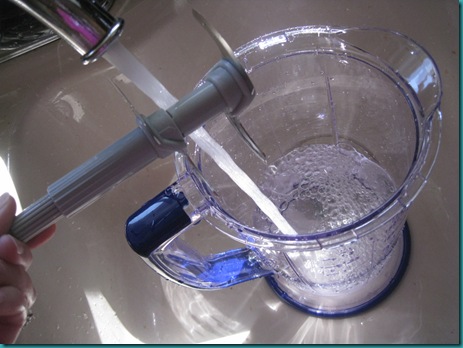 The next week, I compiled all of your recipe advice and decided to attempt chicken salad. I used the smaller container to chop my celery really fine: 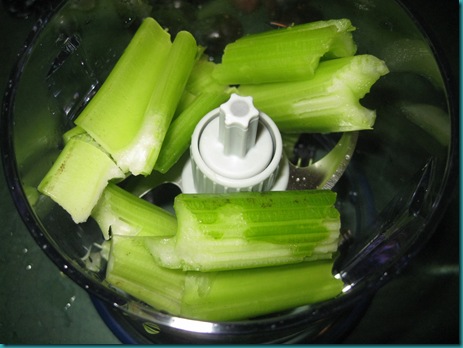 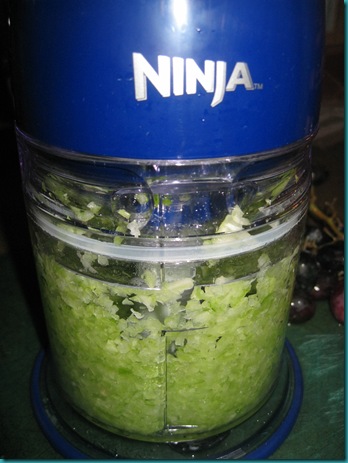 Then, after cooking my chicken in Nabeel’s Greek Dressing and chopping it into big chunks, 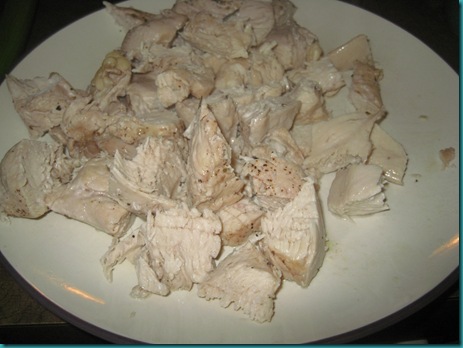 I put it in the big container along with the rest of the most commonly agreed-upon ingredients: 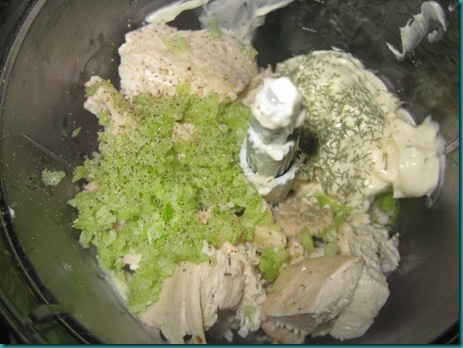 Now I have to say, the Ninja did it’s job admirably, but

I also used the Ninja another night to just chop an onion for a casserole. I wasn’t as pleased with the results – I felt that it didn’t give them as nice of a consistency as my food processor, which slices them very thinly. The Ninja definitely chops, not slices. So if you want slices, don’t ask Mr. Ninja.

So, finally, I made a smoothie in the correct order: starting with the ice, then adding the fruit.

The ice turned to snow in less than a minute: 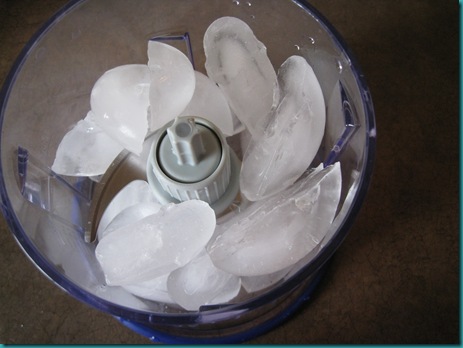 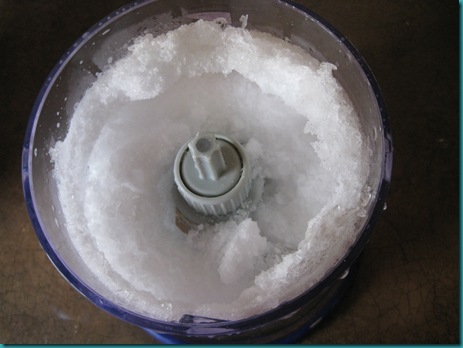 Then I added my peaches, and got this: 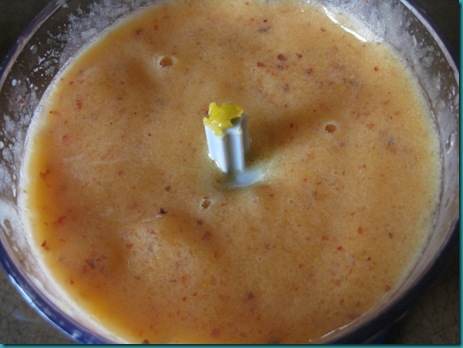 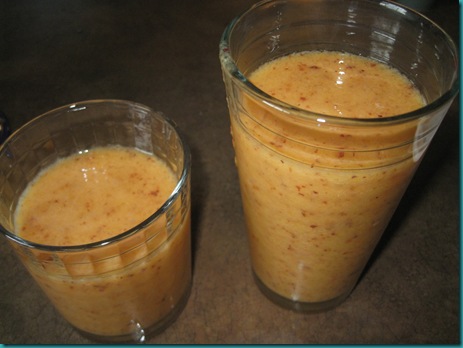 In summary, here are my pointers on the Ninja:

If you would like to know how to purchase a Ninja, go here – and they currently have free shipping!!

Blogger Integrity Information: I was not paid to write this review. I was given a Ninja for the purpose of this review, but my opinions are my own.