I am not a football crazie, nor do I think I ever will be. I realized this my first season of football attendance, 1999, at the Alabama/Auburn game. I had literally slept during SEVERAL of the games that season already because I didn’t even have a clue what a first down was. So besides my complete loss and boredom with the sport, the weather conditions at that fateful AL/AU game were unlike anything I had ever chosen to be outside in since, umm, EVER. It was sleeting AND raining (just to make sure that you were not only freezing but soaked as well) the ENTIRE game (after staying outside in the elements all day long as well).

I remember sitting in the stands, or rather hunching over in the stands while my violent shivering cracked and recracked the thin layer of ice that had formed on my body, and being absolutely dumbfounded that my super sensitive and extremely thoughtful new boyfriend did not offer to leave early for the health and wellness of his now ice-sculpturesque girlfriend.

But hey- at least I knew what I was getting into from the very beginning.

Thankfully for me, his passion has actually cooled over the years to the point where we get to Tuscaloosa after daybreak – even for day games!! And thankfully for him, I now know what a first down is, and actually even get into the games from time to time!

However, this Saturday was one of those “sacrifice” ones in my wifely book of scorekeeping because of how much I LOVE my husband. I believe the white witch from Narnia was controlling the thermostat. For some reason I never checked the weather beforehand, and so was not cognizant of exactly HOW cold it was going to be. So besides my new, VERY warm coat, I was quite ill-prepared for the weather. I even had thin socks on! So I sat like this most of the day: 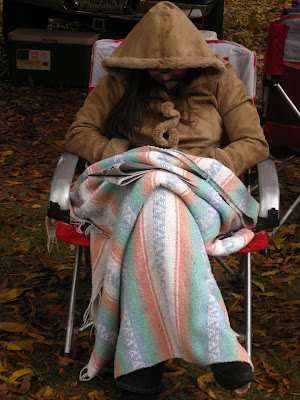 Ok, maybe that’s a BIT of an exaggeration. But I will say that this GREATLY helped aid my survival for the day: 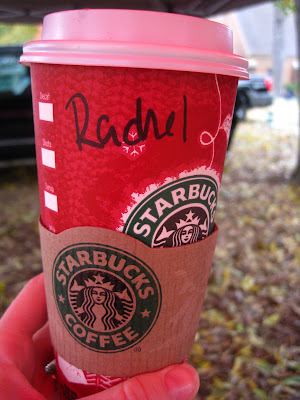 We walked to the Ferg just because I was dying for a nice, warm Starbucks. I think I would have taken at least five more trips throughout the day had it not been for a) that my feet were frozen to the ground and b) as cold as it was outside and as wonderfully warm and comforting my Venti Espresso Truffle was, I don’t think I could justify to the little accounting-angel sitting on my shoulder spending $5 on coffee more than once in one day.

However, just to solidify in your mind how cold it was, Chris’ Dad asked us to buy him a SECOND toboggan while we were there. To put over his first one. So of course, we bought him the one with the tennis-ball-sized pom-pom on top: 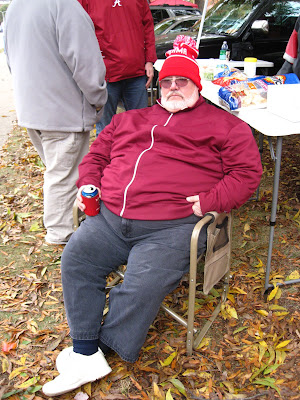 He found a good use for it, though. He’s always wanted a handsfree phone: 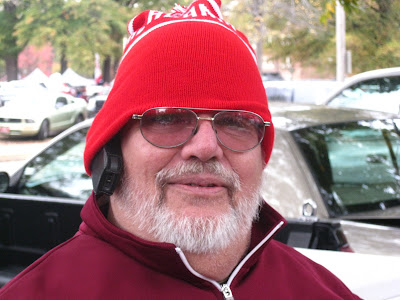 However, It was still not too cold for this guy that I’ve told you about a couple times before: 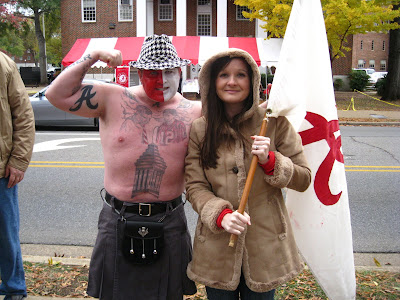 Don’t I just look as excited as him to be in Tuscaloosa?
Kitty was as well: 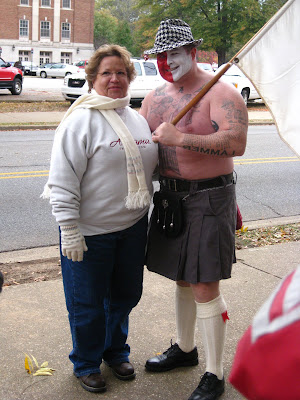 Oddly, though, he wasn’t the only one who had strange ideas about how to stay warm.
This girl thought that a dress and houndstooth tights did just the trick: 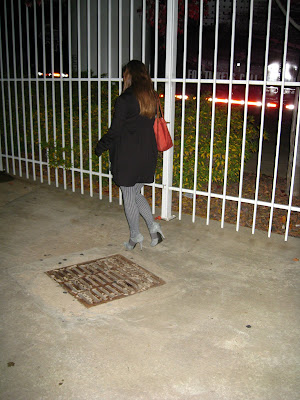 And how about footless tights and no socks? 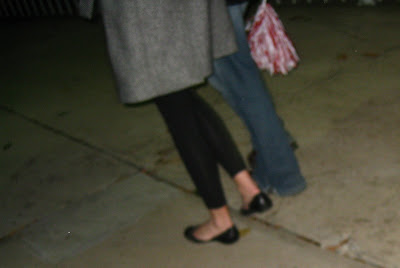 And I was even amazed – stunned even – at how many sorority girls there were wearing short skirts and NO TIGHTS – yes, that’s right – bare legs. I would have pictures, but I was trying to be subtle. Blogger or not, I didn’t want to be that weird girl taking pictures of other girl’s legs.

Non-Disclaimer: If you are a sorority girl that had bare legs, or even tights last night (because I’m sure there are tons that read my blog), I will not apologize. You’re crazy.

The game was at 6:45, so I was pretty much dreading it, thinking that it would certainly be forty degrees below freezing since it was 2 hours past dusk. However, when we got into the stadium, I actually had a moment of coziness – nay, warmth even. That’s when Chris snapped this picture to record the moment: 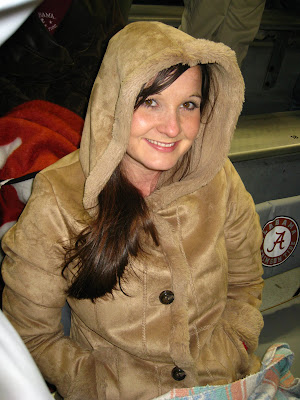 I quickly got back to being chilled, however, especially thanks to the misting rain in the second quarter. 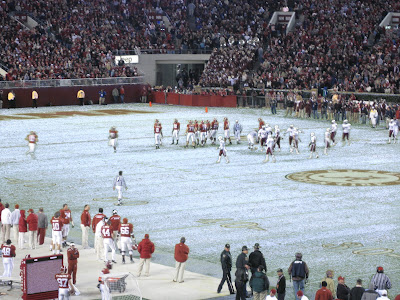 Ok, ok I was just playing with my camera settings again. but it sure felt like it was snowing.

My ever-loving and still super sensitive and extremely thoughtful husband decided that we could leave at halftime, and we had a lovely dinner at the Olive Garden when we got back into Birmingham, where I thawed my insides with their delicious soup.

Oh – and just in case you ever wanted a literal visual of tailgating, here is a picture of the back of Chris’ truck as he was preparing his feast for the grill: 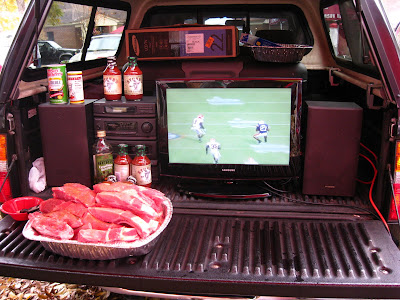 6 thoughts on “Ice and Football Shouldn’t Go Together.”