(I answer that question a lot.)

We do enough educational tasks during the summer (all of which I track on my templates, which you can download here) that we can afford to start school when God intended: In the glorious month of September. But this year, we actually started on August 29, which was, I decided, close enough.

I printed the kids off some signs as I always do, 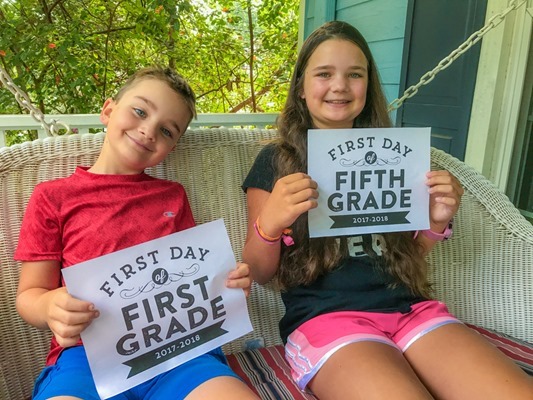 But when we woke up that morning, we found that Chris had hand-drawn them some notes before he left for work that were way better than my lazy-download-off-of-Pinterest signs. 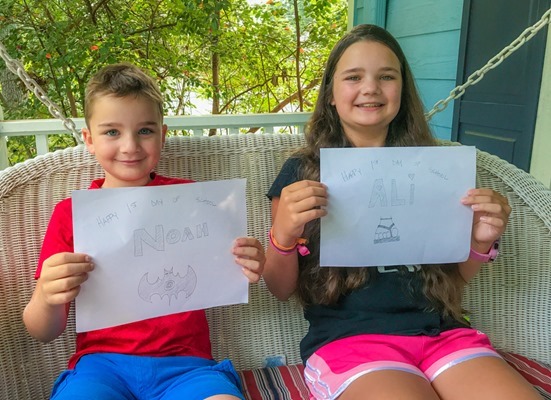 From now on, signage will fall under the Principal’s duties.

I’ve found that hype is important in the homeschool classroom, so anything I can save for building and creating hype, I do. This year might have been my biggest hype success yet – I surprised the kids with a “classroom computer.” It’s a super cheap laptop so that they can learn how to use a real computer (i.e. kids these days don’t know how to use anything that doesn’t have a touch screen and does have an actual keyboard) and so that we could enhance and expand our learning. They were pretty much ecstatic. 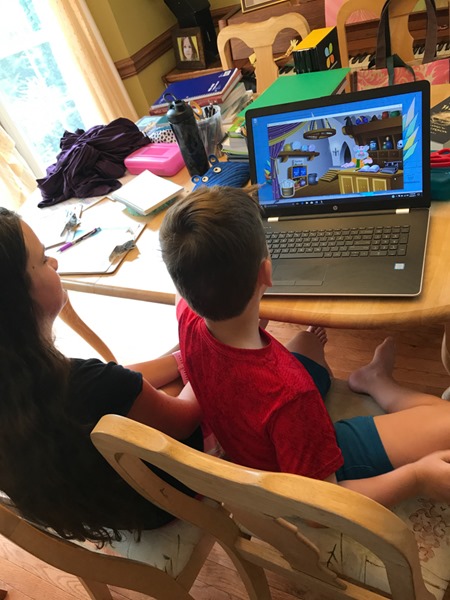 We’re currently using it for typing, Spanish, and quiz websites like iXL. And it’s quite the treat that I save for the end of the school day. 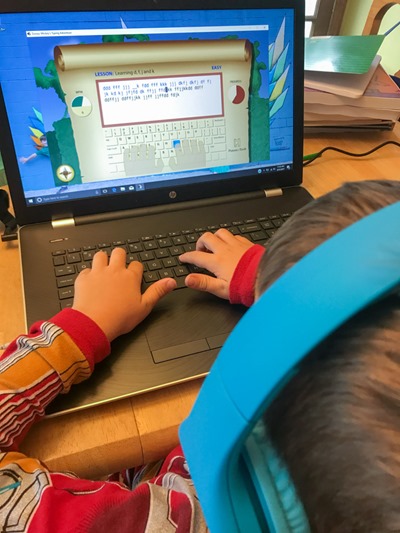 Our ticket program worked so well over the summer (until I started forgetting to enforce it) that I decided to re-launch it and expand it greatly for the school year, attempting to solve every single one of my parenting problems with one simple system. And so far, it’s one step above miraculous. 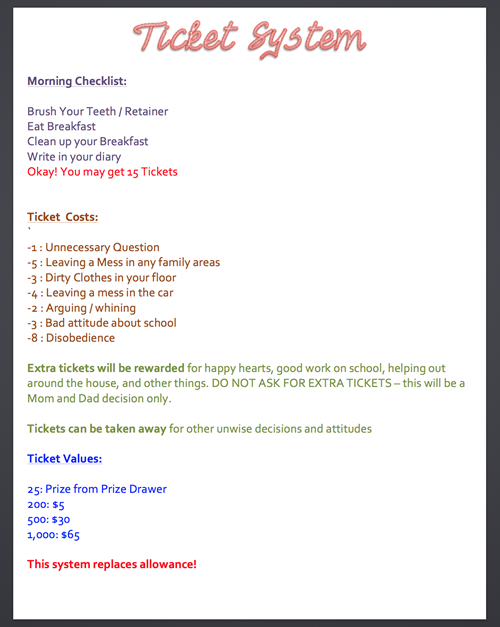 In the past, I have tried everything short of exiling Noah to Vanuatu in the attempt to get him not to throw his dirty clothes on the floor and to clean up his plate after a meal, and he has never done either of these things voluntarily. A week and a half into the new ticket plan, and he has not missed a single plate or sock.

Replacing allowance with this system was a huge motivational factor, along with the newness of it and a BRAND NEW COLOR of ticket. 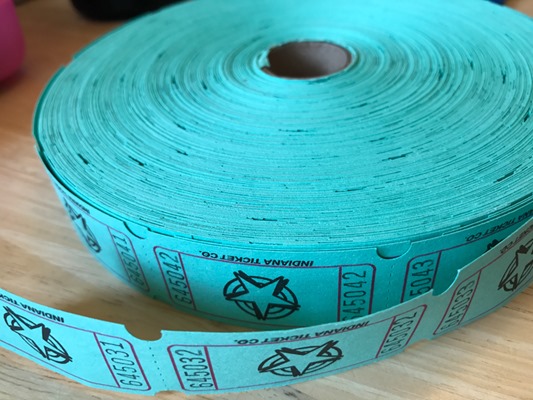 When I ordered my ticket stash at the beginning of the summer, they came in a pack of four rolls, and we used red throughout the summer. Something about me announcing regally that red tickets no longer had value and, furthermore, keeping the new color a secret for TWO WHOLE DAYS built a hysteria in Noah somewhat akin to when Apple announces a new iPhone. Hype. Is miraculous. And the “I can add or take away tickets at any time” feels like Hogwarts House Points to Ali, so therefore even more magical.

The success of this program rises and falls with my ability to continue to hype and enforce it, so y’all pray for me, okay? I think I may have discovered the key to life and happiness if only I can keep it rolling.

Speaking of life and happiness, while I was at Target buying the kids pencil cases in which to store their tickets, I came across this guy. 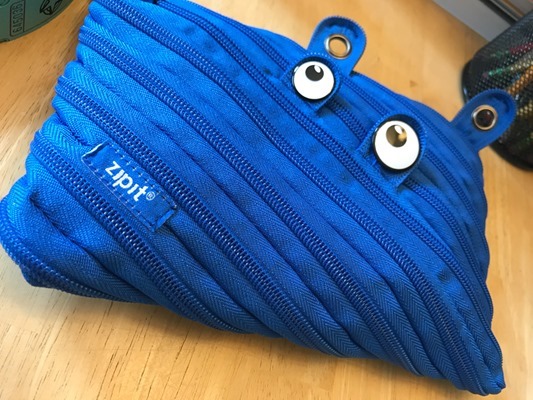 Never have I ever unzipped a pencil case and burst out laughing, loudly, in the middle of Target, but he made me do it. The way his mouth waggled back and forth as I unzipped him…I knew he wasn’t for the children. He was for me. 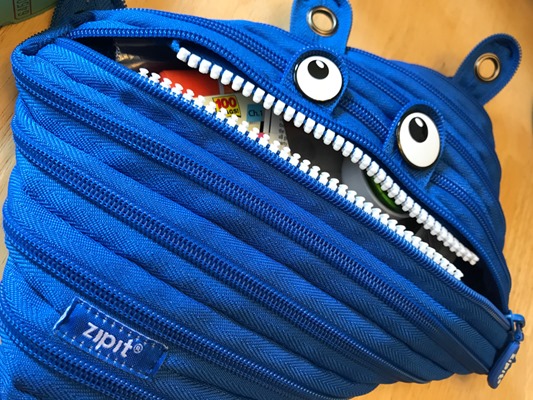 I’m keeping all my random supplies in him that usually get misplaced and turn into tiny messes – glue sticks, post-it flags, glue dots, etc. I found all his siblings on Amazon and depending on how my self-control is, I may have an entire family of Zipit monsters by the end of the school year.

(I might already have two more in my cart.)

(What all can I use these guys for? Help me out to justify my monster NEEDS.)

(By the way, the GENIUS case is all one zipper – you can unzip the entire case into one long string. Can I start a ZipIt fan club?)

As far as curriculum, for those of you who care, Ali’s subjects include: 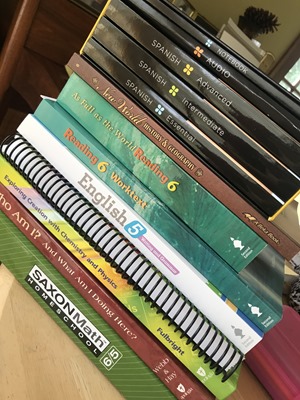 – American History 6 – A Beka
– Reading 6 – BJU
– English 5 – BJU
– Exploring Creation with Chemistry and Physics – Apologia
– Bible: Who Am I?  – Apologia
– Math: Saxon 6/5 – Saxon
– Writing: Ali is writing in her diary, plus we will write various papers throughout the year.
– For Read-Aloud, we’re very nearly done with The Wingfeather Saga by Andrew Peterson (HIGHLY recommended), then plan on trying out The Incorrigible Children of Ashton Place.
– Spelling: We’re studying the Scripps Spelling Bee lists as always. 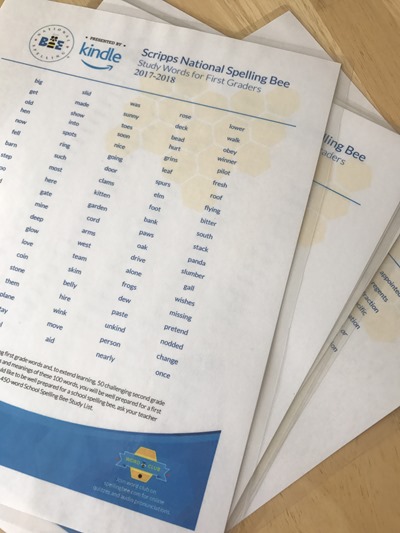 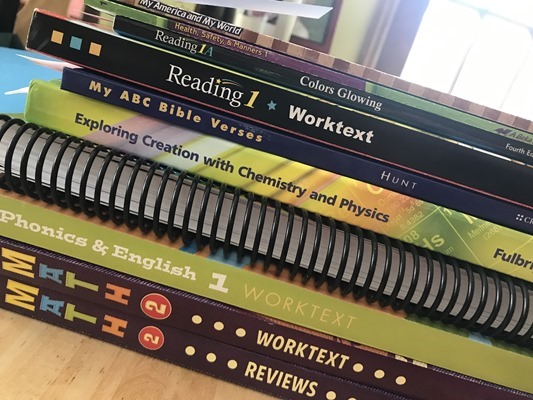 – American History 1: A Beka
– Health: A Beka
– Reading: BJU 1
– Bible: I love the My ABC Bible Verses book – they’re great verses to learn at this age.
– Science: Noah is learning Chemistry and Physics along with us, and picking up surprisingly a good deal. We’re also participating in a Science Club where they’re able to do experiments, which they both adore.
– English: BJU 1. This is his first ever English book, which is very confusing to him. On the second day he told me accusatorily, “This isn’t helping me at all with learning how to speak a different kind of English.” 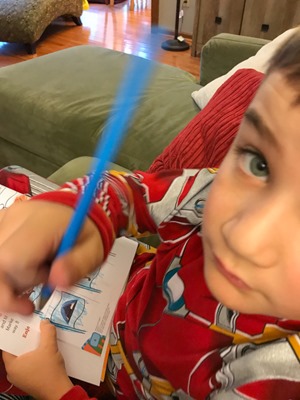 I guess he thought he was learning ESL. Or some secret new segment of English he’d never heard before. Poor kid.
– Math: BJU 2. I ordered him BJU 1, but when I got it, it was endlessly simple for first grade. We turned to the back of the book and Noah did all the problems in his head. Thankfully they have a good return policy and I swapped it out for 2nd grade.
– Spelling: Noah is joining us in our spelling bee pursuits this year.
– Writing: This is Noah’s first year to keep a diary, and he’s extremely proud of it. Ali’s five-year-running daily diary has always impressed him, so he feels quite included to be writing in his own. 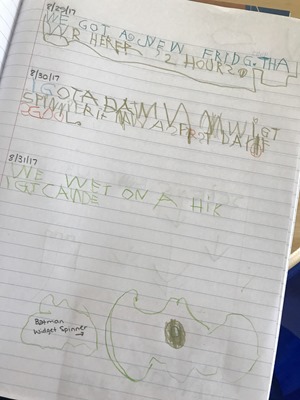 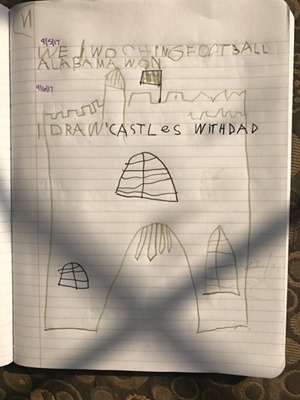 Despite how it might read, he got a BATMAN widget spinner on 8/30.

Together, we’re studying Spanish and typing. After a good bit of research, I decided on Living Language Spanish instead of Rosetta Stone – it is significantly cheaper and has way better user reviews. For typing, I bought this kid’s typing bundle and they are LOVING it. I have also taken the program to set up my own profile to show off for them.

So far, everyone is enjoying their curriculum and paying attention fairly well – even Noah, who sometimes needs a couple hundred cups to help him listen. 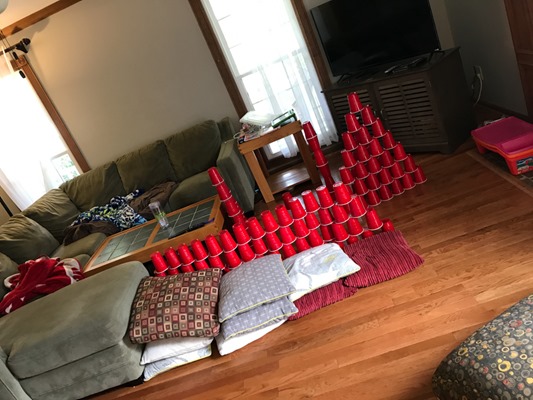 But listening is listening. I’ll take it.

8 thoughts on “When We Get Around To It…”