It’s been a while since we discussed my One Hit Wonder Modeling Career, but yes – when I was 10, I sat for a painting by William Hallmark. 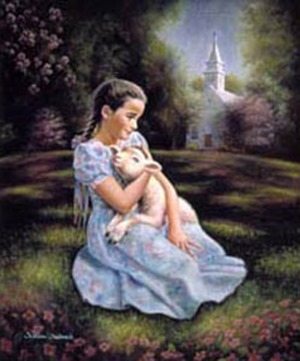 It was popular in Christian bookstores in the 90s, but now it can be found largely in antique shops (yes my Mom found me in an antique shop) and consignment stores.

Alas. Aging happens to the best of us. 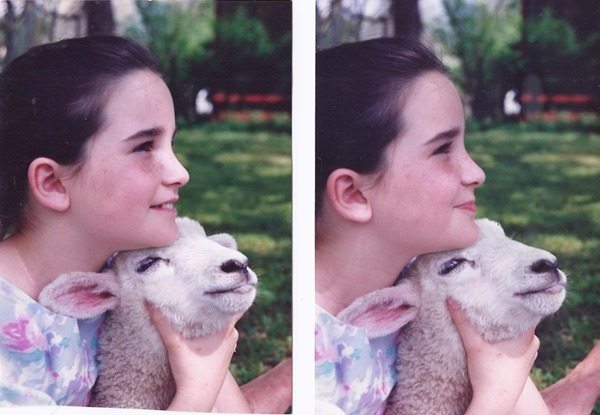 And I always promised myself that I’d recreate the photo with my clone, Ali, as soon as I got the opportunity.

So, opportunity presented itself last weekend.

We were at my Grandmother’s 90th birthday party at my parent’s house. Mom mentioned that her neighbor had a new baby lamb, and she began taking people up to see it on the golf cart.

Then someone said, “Well then, Ali needs her picture with it!”

I had, at Ali’s request, put her hair in pigtail braids that morning. My hair in the painting was in one braid. I asked Ali if she wanted to change it beforehand, and she was all like “It doesn’t have to be exact, MOM.”

And she was right.

After all, in my photo shoot I was wearing a nice amalgam of 90s pastel flowers that I would never dress my kid in even in the name of identical photos. Meanwhile, Ali was currently wearing much more of an 80s Lisa Frankesque rainbow dress, which is clearly more fashion forward.

So we loaded all the cousins up on the golf cart and drove up to the barn, setting off on the search for a baby lamb. Their job was to help distract the sheep and rams so that Ali and I could gain access without being rammed.

They were thrilled at the task at hand. 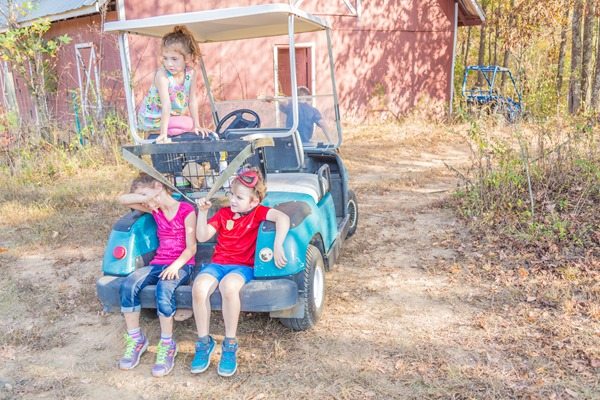 Ali and I stalked the mother and baby, but with little success. 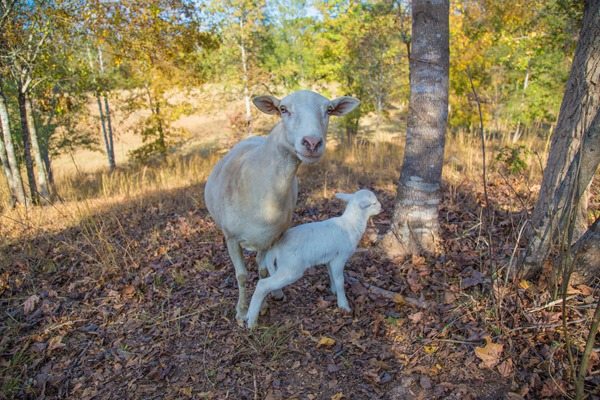 The mother wasn’t having it and we’re both severely too passive to storm in and grab a baby.

After gently chasing the lamb and mother all over the pasture, the cousins got tired of their assigned task and decided to put their much more adventurous personalities to work on our behalf.

They had that lamb in no time. 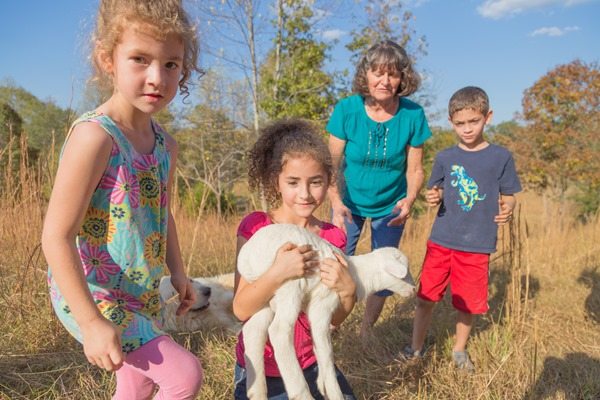 They all passed her around for a minute, 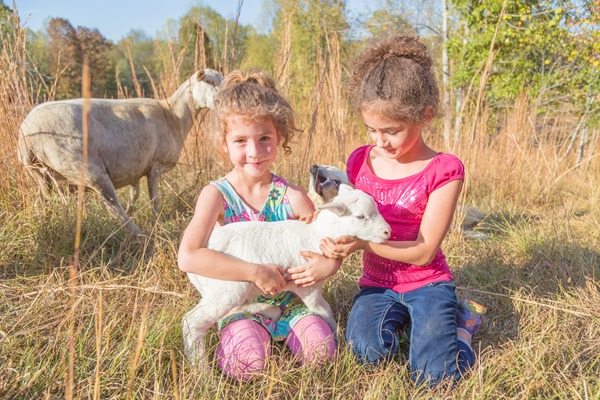 and Eli had a talk with the Mama to let her know that everything would be okay. 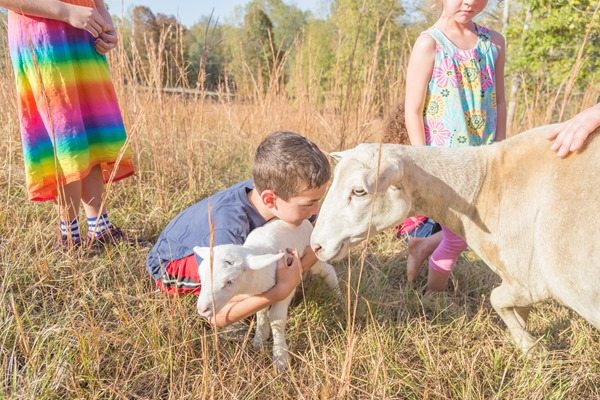 Then they released her to Ali. 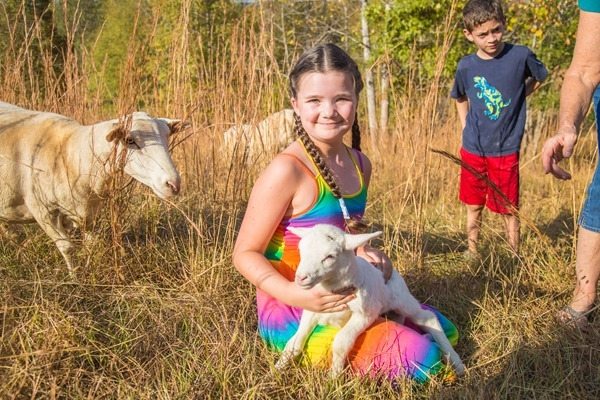 ….Who was not thrilled with the nervous mother’s checking in.

…or the nervous mother’s nervous friend. 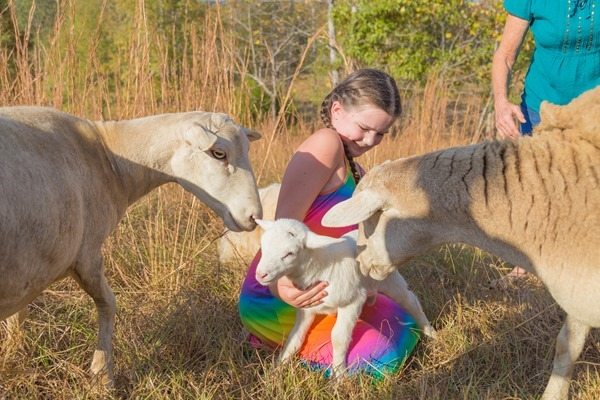 FINALLY, everyone got out of the way for our photography shoot. Except for my mother’s pesky butt. 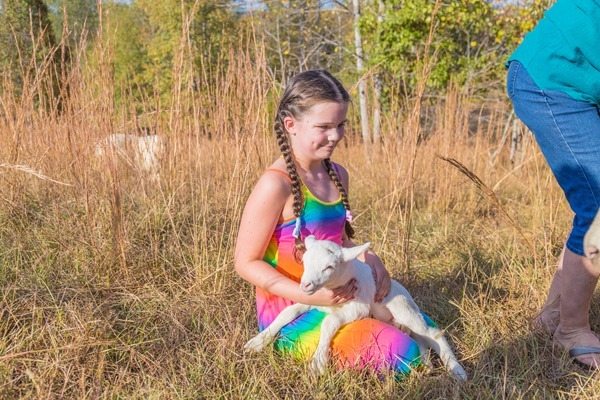 Like seriously that would’ve been the perfect picture. (And it was, after a little cropping.) 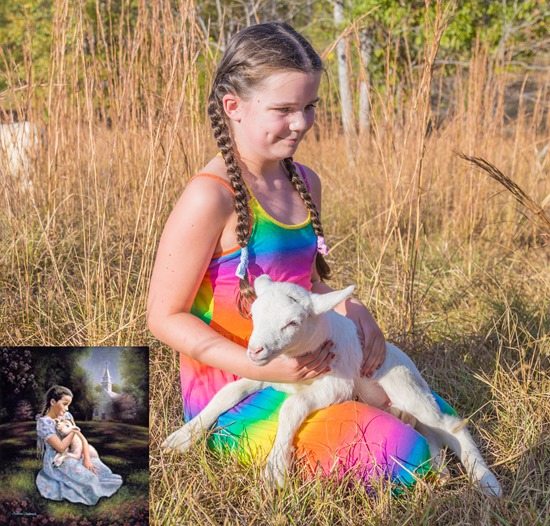 But my mom’s butt shadow is totally still there.

Ali settled in and enjoyed her peaceful ten seconds with the lamb, while I snapped photos as quickly as I could. 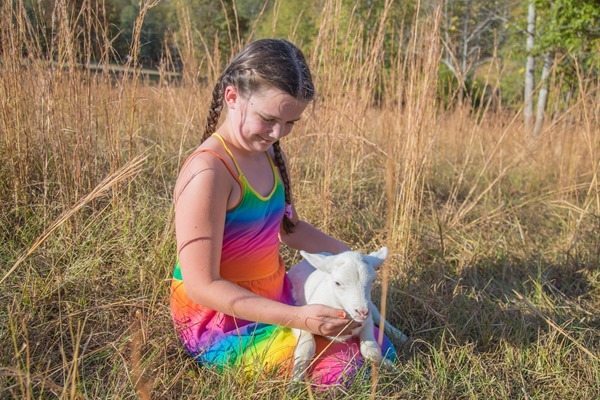 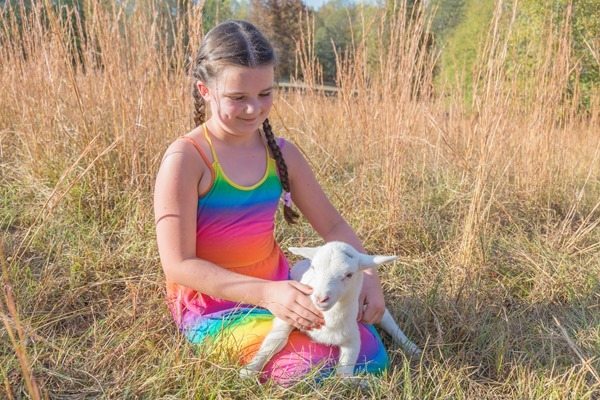 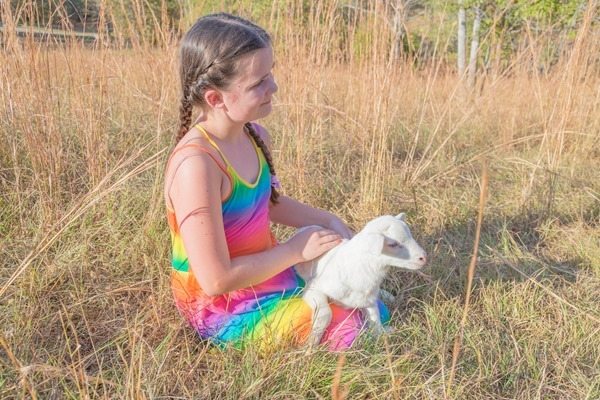 And then the mother and all her friends and possibly even the father stormed the pasture and we ran out.

But hey. I get to check something off my lifelong to-do list. And that is the true reward.

5 thoughts on “Ali Had a Little Lamb.”