The history of Alabama Football is nuanced and deep in its tradition. Why, for instance, would our mascot be an elephant, yet we’re called The Crimson Tide?

It came from a simple phrase used by a journalist.

In 1907, there was a particularly momentous game – the Iron Bowl, in fact – that was played in a sea of red mud which stained the Alabama jerseys, formerly white, into a deep crimson. Hugh Roberts, a sports editor of the Birmingham Age-Herald, used the catchy phrase “Crimson Tide” in his article to capture the imagery, and that was that.

…So it would be fitting if another momentous game caused a shift in the naming of the team.

Such was Saturday’s game.

It was a huge game from the outset – two undefeated teams this late in the season, ranked 1 and 6. College Gameday was there. The entire city was basically standing room only – forget actually trying to walk in the quad. The gameday attire (or lack thereof) was turned up like never before, and that’s saying something – I saw more body parts sticking from the places they’re typically kept covered than I have ever seen in my entire life.

When game time arrived at 2:30, the 101,821 people that were lucky enough to be inside the stadium had been given ample time for tailgating and general celebration of the occasion, which of course included the consumption of many things – both in liquid and solid form.

The game started happily. Alabama scored, the stadium was wild with excitement over such a fantastic match-up. I admit I wasn’t actually in my seat when the game began – we have hospitality tickets, so I was enjoying the food and drinks provided in the cushy indoor seating where you watch the game on TV, you’re not squished into the people on the right, left, north, and south of you, and the bathrooms are pristine.

I visited those pristine bathrooms when we arrived and noticed that the toilets were eterni-running. They had the flush that never ends, and moreover that was a bit too high in pressure so that they also doubled as a bidet.

Not great, but who am I to complain about overzealous toilets.

Right before we left the Stadium Club to head to our actual seats, I visited the little girl’s room one more time – just in case. This time, the bathroom was silent. Too silent, in fact. Gone was the eterni-flushing. Gone were any flushes. I wiggled the handle – not even a wave emanated from the bowl.

Huh. Weird day in the bathrooms.

Then I quickly moved on.

We got to our seats just in time to see a couple of exciting plays, and then there was….

Attention: the stadium is currently experiencing water pressure issues. We are working to resolve the problems. Until that occurs, there will be no running water. Please do not use the facilities until further notice.

And then the game continued as if nothing catastrophic was afoot.

32% were too drunk to hear the announcement.

Another 45% heard it, but were too filled with liquids to heed it.

10% were in the bathroom during the news and didn’t hear it.

100% of the stadium concessions were still selling fountain drinks.

28% of the people in the stadium smuggled in their own liquids.

And 100% of Rachel Callahans now had to pee since discovering that they weren’t allowed.

I tried to come to grips with my situation by turning to Twitter.

Surely the issue would be quickly remedied. The population of the stadium alone was currently Alabama’s fifth largest city. Every state employee except Nick Saban was surely frantically working on this.

So I sat and watched the game, crossing my legs, suspiciously staring down each and every person who left their seats, wondering if they were on their way to worsening our situation.

We headed back inside during halftime, severely disappointed that no follow-up announcement had been made. There were lines to the regular stadium bathrooms, so maybe we’d just missed the all clear?

That, or truly no one was heeding the gravity of the situation.

When we arrived at the Stadium Club, we were greeted with grave warnings that all of the bathrooms inside were off limits.

In fact, they were being guarded by a wall of workers. Martial Pooping Law had been enacted.

I decided that I’d had enough of the cramped quarters of the stadium, so I stayed in the club while Chris went back out to the game. Plus, I was hopeful that the bathrooms would be opened any minute. My personal situation was feeling more urgent.

But alas. The Palace Guard was not budging.

After a little while, I went back to the normal stadium bathrooms, thinking that the long lines from earlier had to be proof that they were once again working.

I walked in and headed to a stall. And gasped, then promptly choked on the air I had just inadvertently sucked in.

There was a pyramid constructed of moist toilet paper and who-knows-what-else…all the way up to the seat.

I walked into another stall. The same sight greeted me.

I couldn’t do it. I turned and walked out. But then the urge was too great and so I turned around and got in the back of the now-formed line. Everyone that came out said “Oh my GOSH ladies it’s TERRIBLE in there.”

I got to the front of the line, looked in one stall, and once again backed out.

10% out of sympathy for whoever the poor soul was that was going to have to DEAL with THAT, and 90% out of complete and utter terror from the contents therein and the closeness they would pose to my own body.

I trudged back up to the Stadium Club to wait it out. I sat down next to a friend and she leaned over and said, “Look what’s going on over there….there’s some sort of…LIQUID…dripping through the ceiling.” 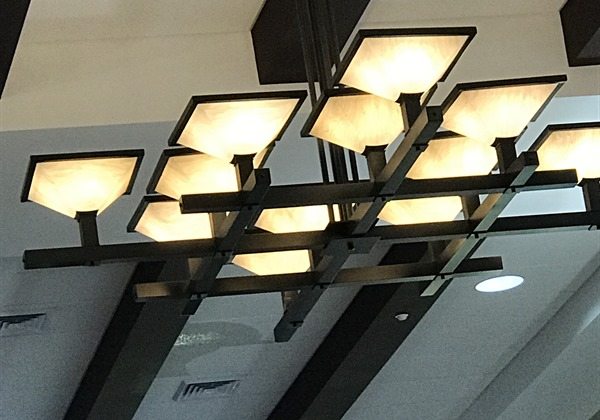 There was zero water running through the pipes of the stadium – I had just confirmed that fact by attempting to scrub the nast of the bathroom off of me – but the sink was bone dry. So the logical conclusion was that whatever that was coming through the ceiling did not originate from the pipes that carried clean water.

And it was dripping steadily into a room that was designed for…and full of…food.

We sat and watched it drip into the trashcans strategically yet subtly placed underneath it.

Needless to say, I lost my appetite for any further consumption, and my bladder insisted that I throw away the rest of my ice water (which, oddly, was still available and flowing from the drink machine.)

Meanwhile, I pondered gravity, and the downward motion of the liquids drip dripping away. And imagined the situation on the field itself. 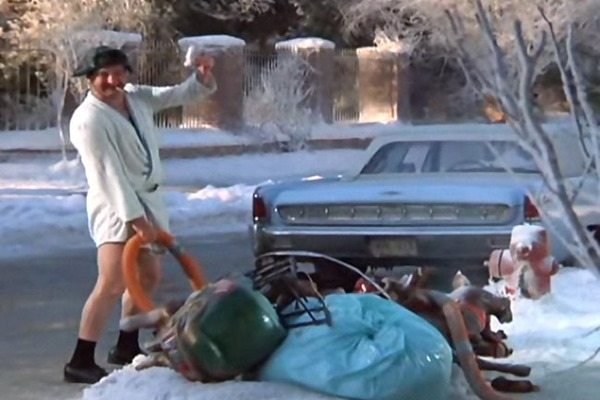 By the fourth quarter, the game was well in hand and my husband, being the type that likes to take mercy on his wife and beat the traffic, decided we should leave early. As we walked down the street by the Health-Hazard of a Stadium, there was a small river running in the gutter… even though our state is currently in a Level Three drought.

That there was not water.

That was the Brownish Yellow Tide.

3 thoughts on “The Day The Tide Turned Brown.”