Saturday afternoon, Chris took me out on a date.

He arranged babysitting, made reservations, gave me specific instructions (put your hair up and bring your camera), and that’s all the information I got. I had no idea where we were going or what our date entailed.

I WAS surprised when I was still in the car an hour and a half later, but hey. One must go where the date takes you. And the drive was lovely – fields of flowers with cows idly grazing, baby foals being nudged along by their mothers, the occasional cluster of goats being herded by giant white dogs, Alabama mountains, and fantastic rural haunts like “Hick’s Poor Man’s Store” and “Mister Willie’s Family Restaurant”.  All of these would have made lovely photos for this post, but apparently that wasn’t on the date agenda, and anyway there weren’t exactly shoulders on this two-lane country road.

There were also lovely smells wafting into his convertible (hence my hair being up) – until we passed a pile of manure and then not-at-all-so-lovely smells.

We arrived at dinner in a small lakeside city a couple of hours north. The restaurant chosen was one we’d never been to, but had both heard of from prior trips to said city. It was one of those quirky, small restaurants that’s located in an old house. Do y’all have that type of restaurant outside of Alabama? I know Georgia does, because we had one of our quirkiest meals ever at The Olde Pink House.

But that’s not today’s story.

In this house restaurant, there were a couple different very small dining rooms (I think we ate in a bedroom), a cozy feel, and very winding hallways.

Since we had driven two hours to get there, I of course needed to visit the restroom immediately. It took me a minute, but I located it down a hallway that also housed a very squeezed-in-the-hallway bar. Because it was an old house, there were two choices, both individual bathrooms, one down the hall from the other. The one I went in was the bigger one – big enough that you assumed it used to have a claw-foot bathtub or some other sort of antique bathing option. The other bathroom, down the hall a bit but still in view of former-clawfoot bathroom, was clearly the old house’s pocket bathroom. It barely had room for a toilet and a sink and the leftover floor space for a very careful turnaround from the sink to the door when it was time to leave.

I headed back to our table for a lovely, lengthy meal at this tiny old house.

After our dinner of potato croquettes and filet mignon with a coffee rub and all sorts of deliciousness, it was time to go. Chris had sunset plans (hence the camera), and the meal had taken slightly longer than he had anticipated. But because I have the bladder of a 5 week old bunny, I hurried back to the bathrooms for one last visit.

When I arrived, both were occupied and there was a gentleman waiting. The bigger bathroom opened up, so he took it. Shortly thereafter, the tiny bathroom became available, so I turned sideways and squeezed in.

As I walked out of the bathroom, there were two more people waiting – older ladies – I would guess in their late 70s or early 80s, chatting as women do.

They saw me exit the restroom, and the woman that was first in line headed toward it and said,

“Hey Judy if you want, you can just come on in here with me.”

I was passing them as this offer was made, and I whipped my head around with an eyebrow raised.

Judy shook her silvery curls and quickly said, “Oh but I think it’s just a single…”

Judy’s friend interrupted. “That’s okay! You can still come in here if you don’t mind.”

I watched as Judy, clearly the non-dominant friend in this situation, sadly followed her friend into the bathroom.

I had just come out of the tiny bathroom. The one with NO room for an audience. And I understand that women like to go to the bathroom together and it’s what we do and all, but pure logic here makes the presumed assumption behind the offer make zero sense.

I had no indication at all that Judy’s friend, this delightfully blue-haired 80 year old woman, was making anything other than a helpful offer to Judy. The tone in which she invited Judy into the bathroom was obviously one of convenience. As if to say “Hey Judy to make sure you get the next bathroom available, just come on in here with me.”

Which is where I got completely and infinitely confused, as her opportunity cost and game theory and all that was seriously off base.

If Judy waits outside the bathroom, she gets two options – because maybe the guy who went into the big bathroom would get out before Judy’s friend does – in fact, it’s probable that he will. Judy’s friend has pantyhose to try to wriggle back into, after all. 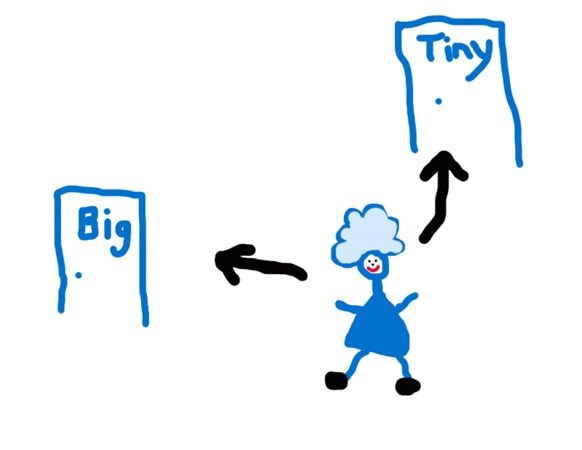 But instead, because Judy obeyed her friend, not only does she have to squeeze in the impossibly tiny bathroom, watch her friend pee, and awkwardly not notice if any passing of the gas slips out (and what if Judy knew that SHE had passing of the gas that needed to happen?? Now she has to hold it forever?!), but she loses the opportunity to relieve her own bladder even sooner – because the big bathroom option is now off the table. 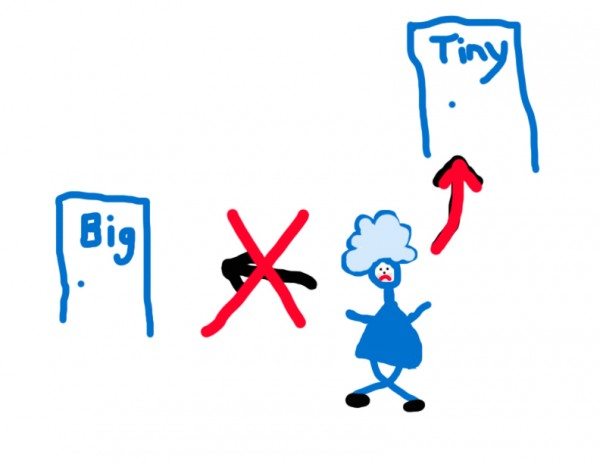 I DO hope her Depends underwear survived her plight. And I hope that Judy NEVER EVER finds herself chatting with her friend while waiting on a Port-A-Potty.

So. Lest you miss it, the moral of this extremely important opinion piece is, friends don’t pressure friends into joining them in one-hole bathrooms. And also, #PrayForJudysPantyhose.

10 thoughts on “A Bathroom Conundrum Worth Discussing.”