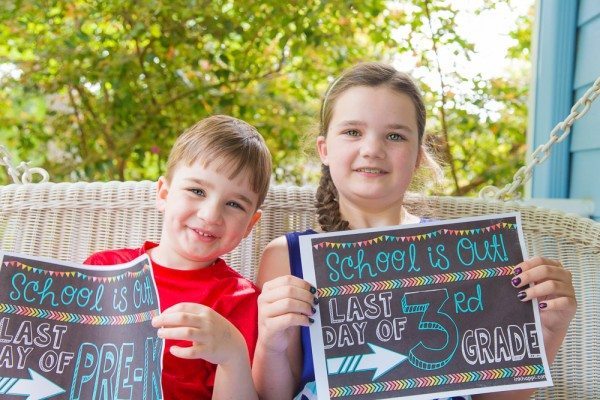 Like the Loaves and the Fishes, God somehow multiplied our days and we got in not the 165 required minimum, and not the 175 recommended, but 176 school days. One hundred seventy-six days of school since I took this picture. 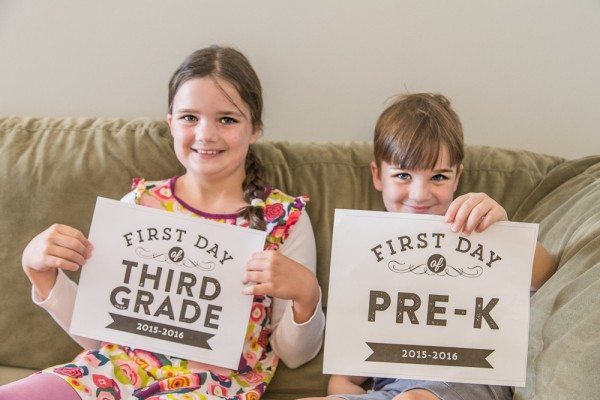 Despite spending a full week and the better part of a month in bed.

Despite 44 trips to the Physical Therapist.

All of the good in this school year is owed to Ali’s ridiculous sense of responsibility, which translated into her deciding she’d get up early every day and try and finish as much school as she could before I even got out of bed. She’s the teacher’s pet for sure.

Noah’s 4K education might not have been as stellar as it could have been, but I’m not too sad at what we accomplished. He can do basic addition and subtraction, and miraculously, the kid is actually learning how to read – despite how adamantly it goes against his belief system.

But, because pictures are more fun than words, before I continue, let’s look at a few more before-and-afters. Because they make me happy. And maybe at least one or two of you happy, too. (I’m looking at you, grandparents.) 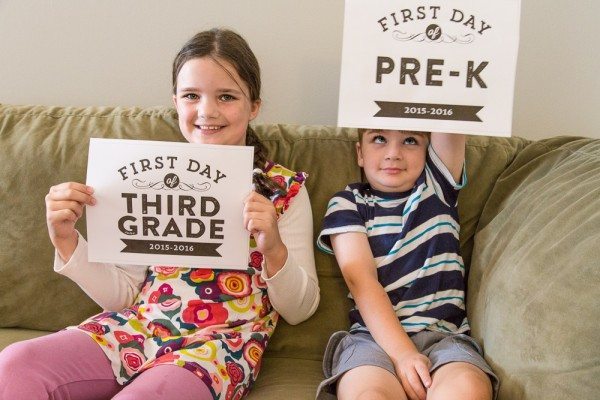 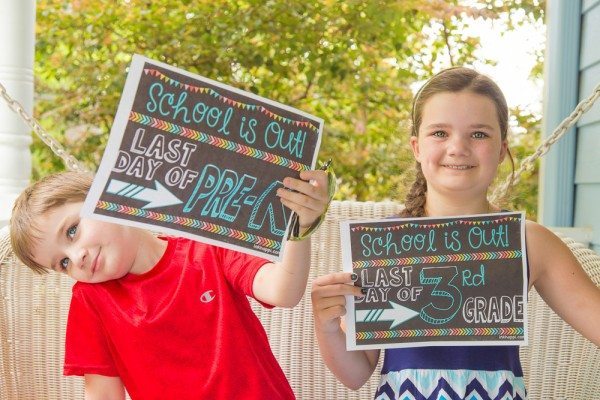 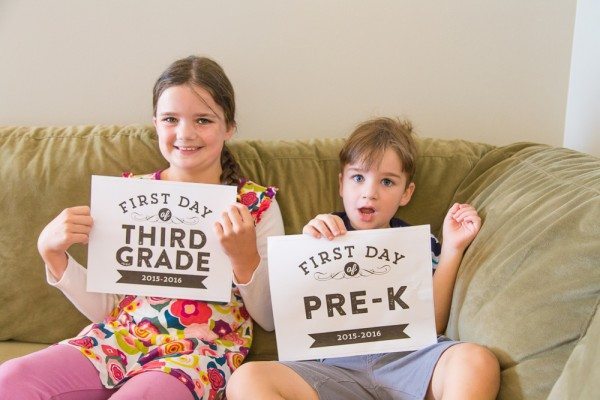 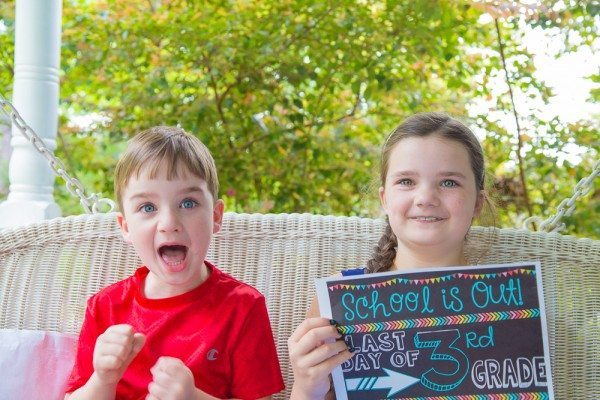 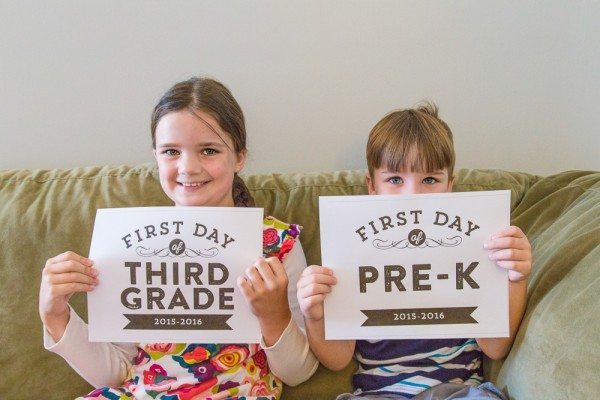 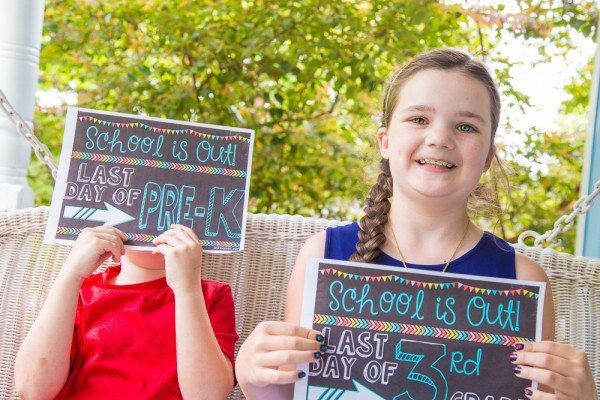 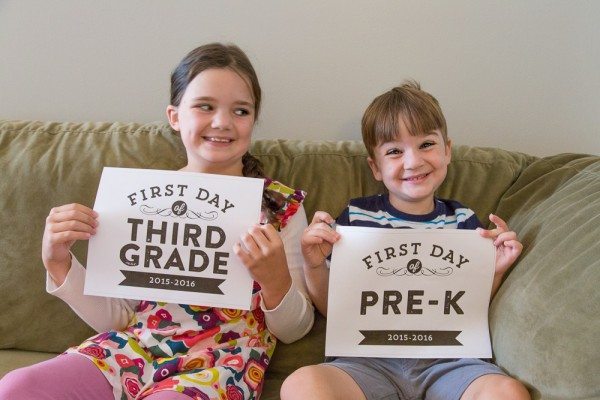 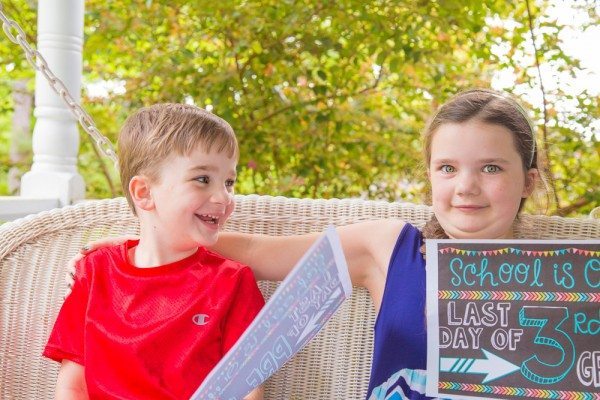 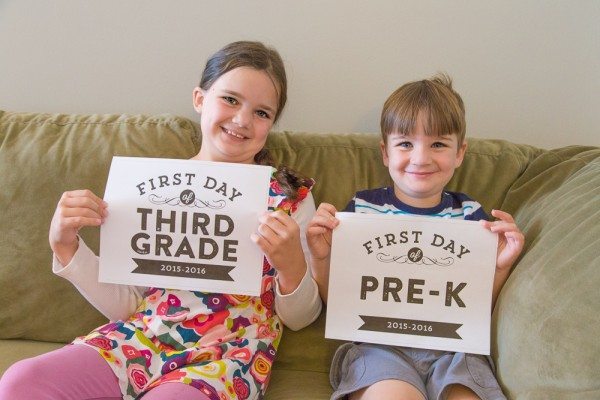 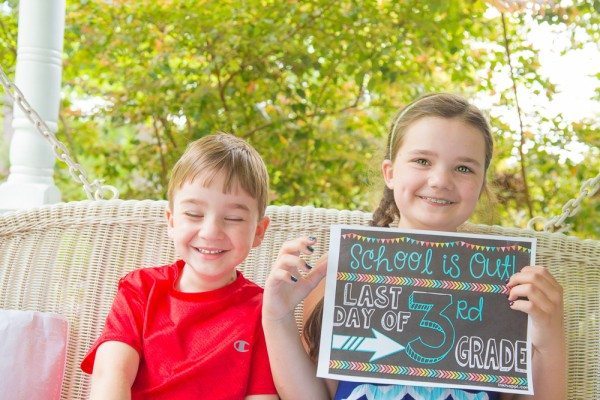 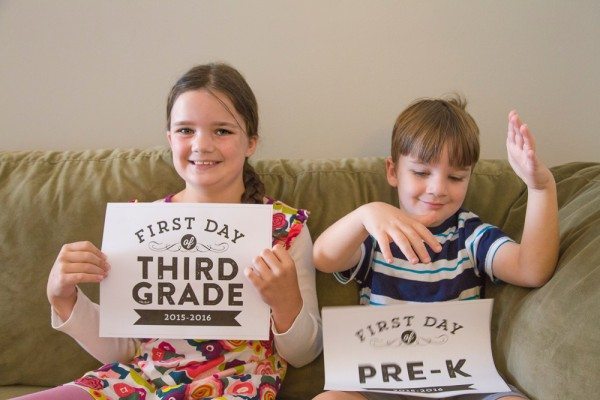 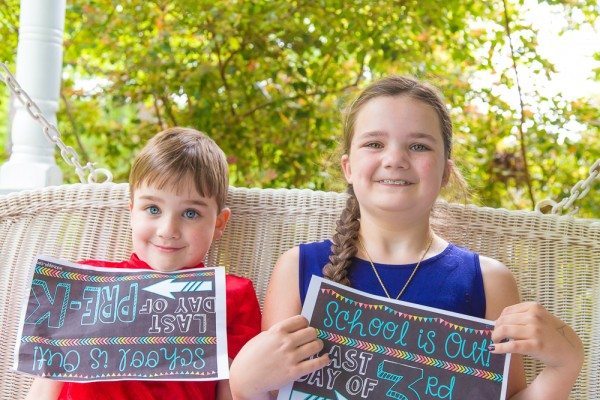 That last picture may disprove my statement of “Noah is beginning to read” but I swear he does know how to tell whether letters are upside down or not. I think.

And yes, in other news, Ali went from being a kid to a tween this year. For sure. (And I never blogged about her getting braces? Yeah I missed that somehow.)

But at any rate, these students are ready for summer. And so is their teacher. 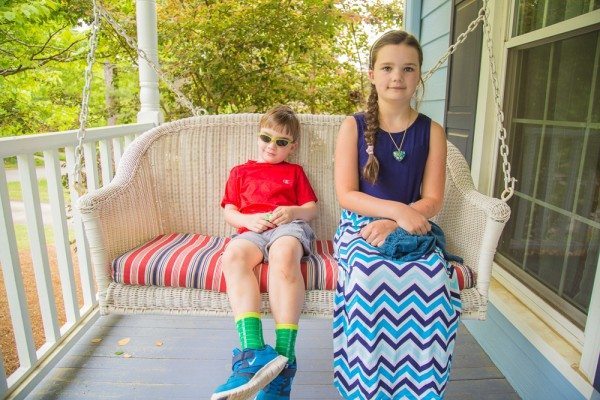 Despite us getting in our recommended number of days plus one (an extra day is like a piece of flair in the homeschool world) AND our registrar emailing me back to congratulate me on being the FIRST mom to get ALL my paperwork filed for the school year,

I kinda bombed as a teacher this year.

I mean, it’s not totally my fault and I shan’t take the blame for it. But even after the recovery, I never could get back in control of my organization. My school records that I so lovingly keep? Uh, yeah. I think that stopped around October. Science Experiments? Not a one. Fun craft projects? Zero.

I get a D- in Fun for the two-turd-fifteen school year.

But because of that, I’m obsessively determined that next year is going to be AWESOME. And so, three days before the last day of school, I was organizing and researching and making decisions and ordering textbooks and creating my own hands-on Alabama History curriculum and….

Y’all really might want to consider getting me committed for a psych eval. I think I’m manic. I’m certainly not myself.

(No but really I’m super excited about my Alabama History plan. Ali is fascinated by Birmingham and Alabama history, and I don’t want to kill her interest by shoving a terrible textbook at her. If anyone else really hates the awful and sparse Alabama History textbooks, comment and let me know. If there’s enough interest, I’ll share my plans later in the summer, and perhaps blog them separately throughout the school year. So far, the plan includes a vast number of field trips, a good number of library books, historical photo books, biographies, and interviewing some of our older friends and family to see what Alabama was like while they were growing up. And also we’re studying Botany for Science, so that our hikes can serve as history and science outings since most of our hiking destinations are at old iron mining sites. I told you I’m manic.)

Friday was the last day of school, and as such, we planned a family celebration and secret family meeting for that evening.

We ate at one of the kid’s favorite restaurants, La Paz, then guided them out to the ever mysterious and magical clock tower in front of the restaurant. 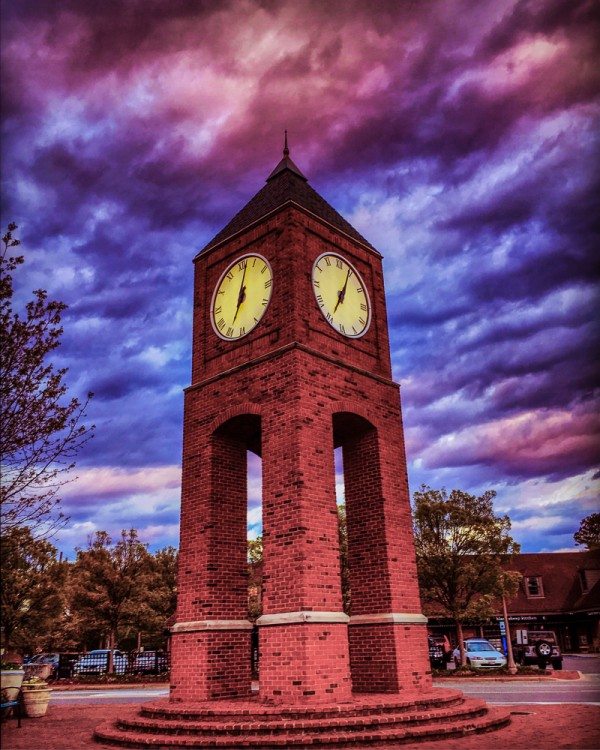 …It wasn’t that creepy outside when we had our meeting – but it was slightly raining.

We had prepared a two page secret meeting agenda: “Rules of Summer” and “Summer Fun” sheets to inform the children of all that the summer would contain. 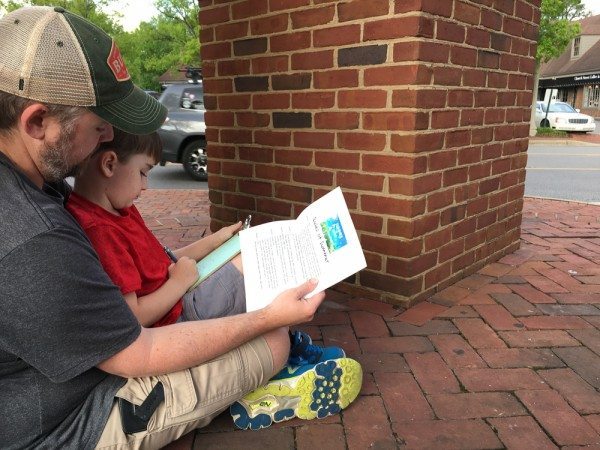 Chris and I took turns making their eyes light up, 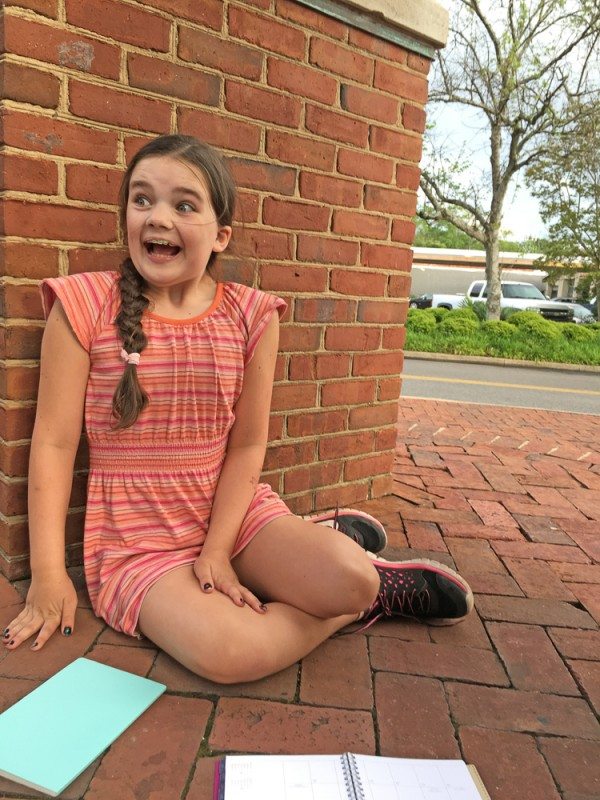 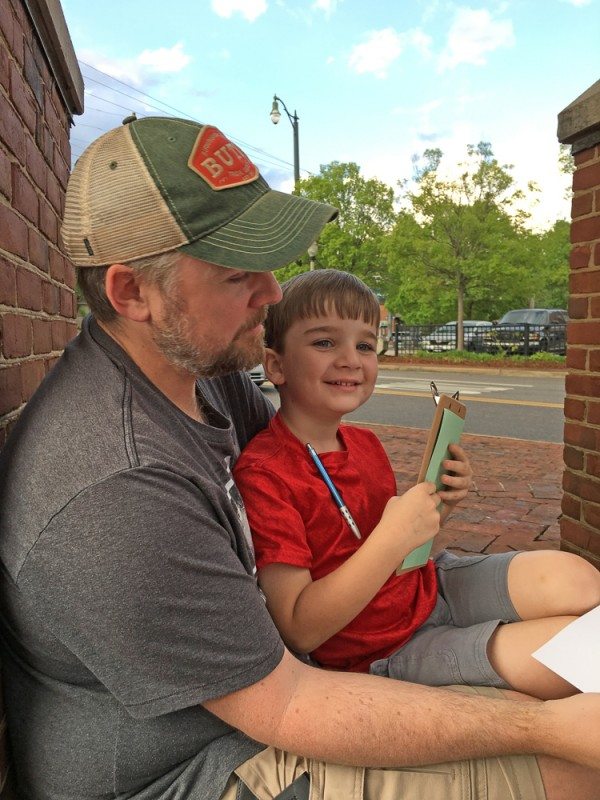 And hands scramble to write down events in their planner. 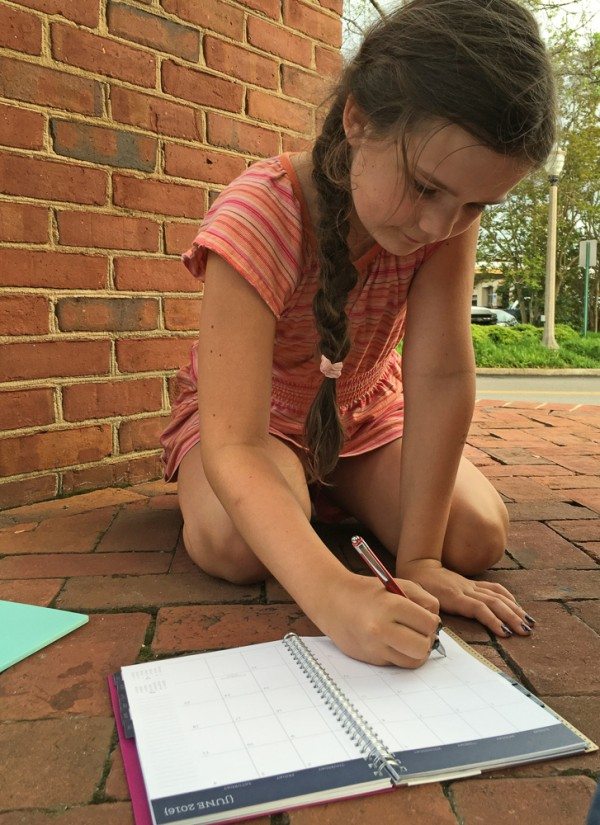 They were even excited to hear about the rules of summer, because although we’d been telling them that we were going to have an iPadless summer like last year, we changed our minds at the last minute and decided that they could have limited iPad time during quiet time so that I could actually have time to write and work and stuff without (maybe) Noah constantly begging me to play with him.

As the last item on the agenda, we set them to work making their Summer Wish Lists – what would you like to do this summer? 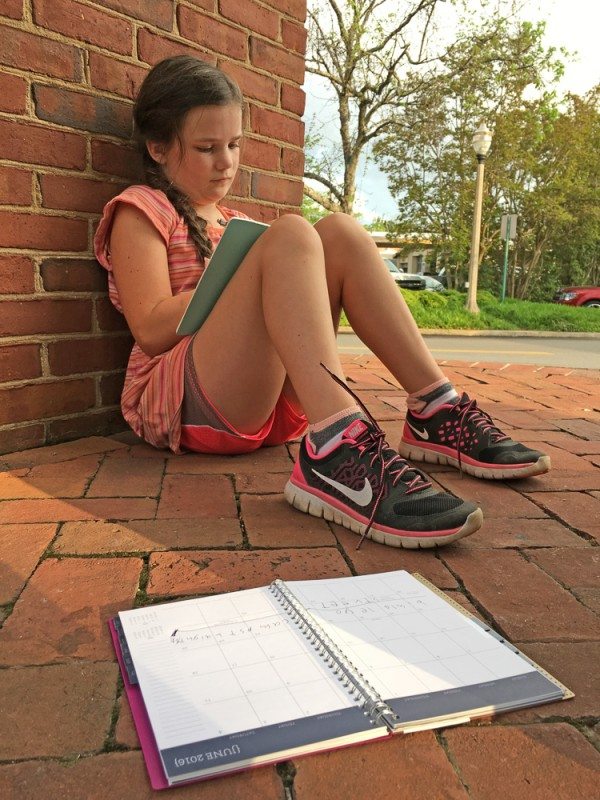 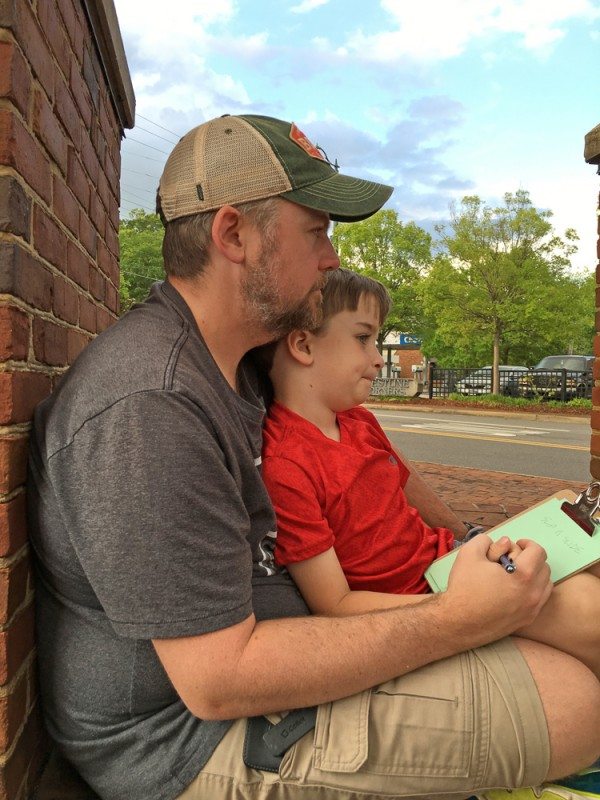 (Thankfully neither of them is smart enough to request a trip to Europe, but we did decline a request for a trip to Disney World.)

…And then we went to get FroYo. Because that’s what one does after a Secret Family Meeting under the Clock Tower.

7 thoughts on “Finishing by the Skin of my Teeth.”