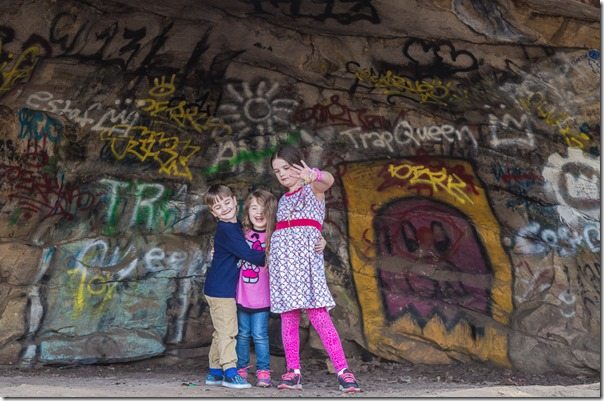 Noah and Loulie have been close since they met. She’s the Girl One Street Up, he’s the dashing gentleman with the giant blue eyes. 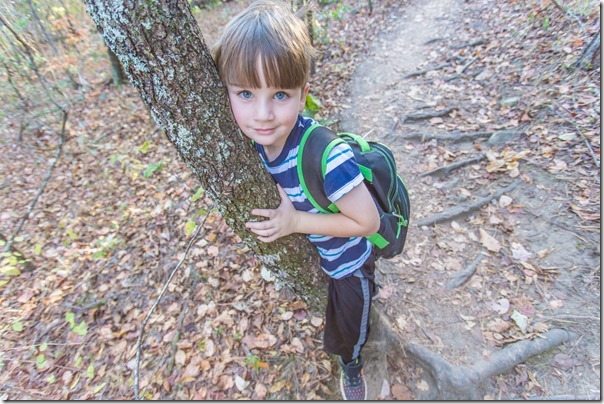 (She’s got some pretty fantastic blue eyes herself, so my grandkids are going to look AMAZING.) 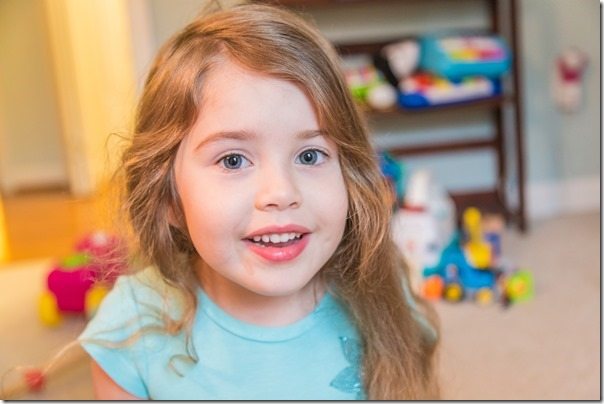 Noah often makes plans for their future, as in this conversation:

“Who will name the baby then?”

“Loulie. Because it’s in her tummy.”

Their relationship has also weathered many storms. From The Grasshopper Incident, to Loulie making long-term pet decisions that Noah didn’t approve of, to the daily storm that is the mixture of their quite assertive personalities.

When we (myself and Loulie’s Mom Not-Crazy-Renee, in case you haven’t made that connection yet,) first began to get together to let them play, we were amazed at how well they imagined together. They could carry out these long, detailed, impossibly thick plotlines in their games of “Mommy/Daddy” or “Octonauts” or “Mommy/Daddy Octonauts” that astounded us. We couldn’t begin to follow their plots, but both of them understood them so intrinsically – as if their imaginations were somehow syncing with a USB cable that we couldn’t see. Or maybe they can AirDrop. All we knew is, they were a perfect playmate match.

That was at first.

Now they act like an extraordinarily grouchy old married couple that require quite a bit of refereeing as they assertively snap at each other and demand that their game get played next. 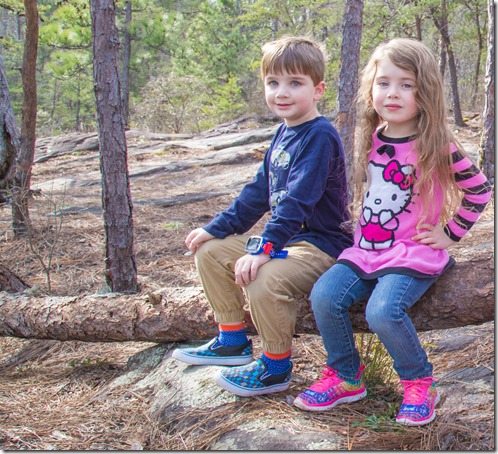 Where has the romance gone?

We’re not sure, but we’ve considered trying to rekindle it with a Get Along Shirt.

I mean, how awesome of a wedding slideshow picture would that make?

But alas. In the meandering pathway of their relationship, we have tried to give them ample opportunities to really get to know one another better.

One of those opportunities is that Loulie goes to Cubbies with us every Wednesday night – the Scout-Like three and four year old class at our church.

This weekly date has provided fantastic photo opportunities, such as missions night, when every kid is supposed to dress up from another country. 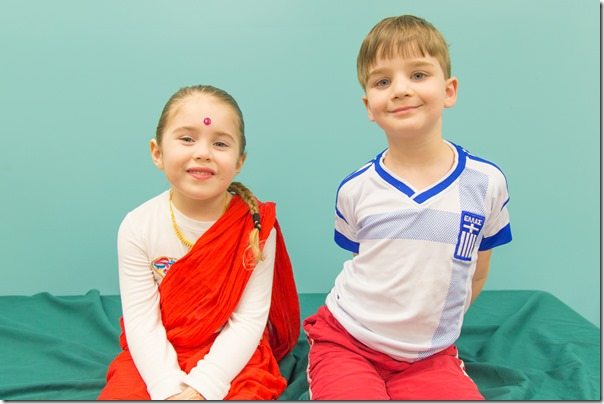 (I won’t tell you how many threats it took to get Noah to sit by Loulie AND smile for a picture, But that seemingly-adoring smile on her face is really just clinched teeth at his refusal to cooperate.) 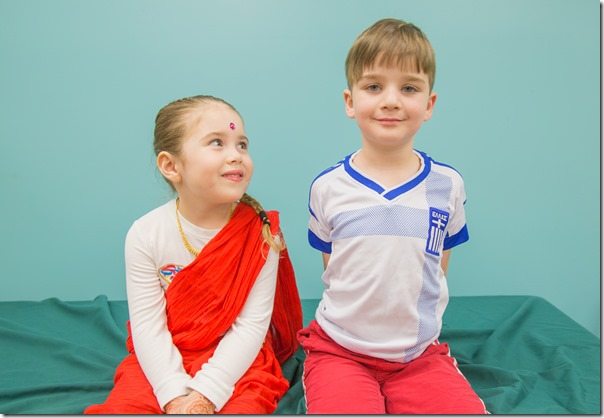 (And his hands are tightly behind his back because although the thought of No iPad for a week could cajole a smile, it could NOT convince him to put his arm around his adorable friend. There are limits, you know.) 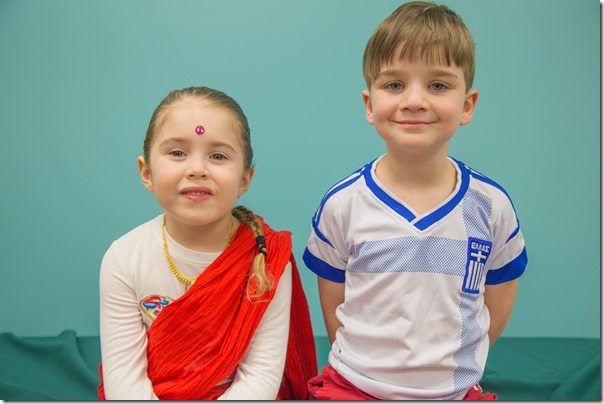 Despite Noah’s refusal to show his affection in the moment, he did tell Chris later that night that “I dressed up from Greece and Loulie dressed up as an Indian. But she didn’t look like an Indian, she looked like a Princess.” 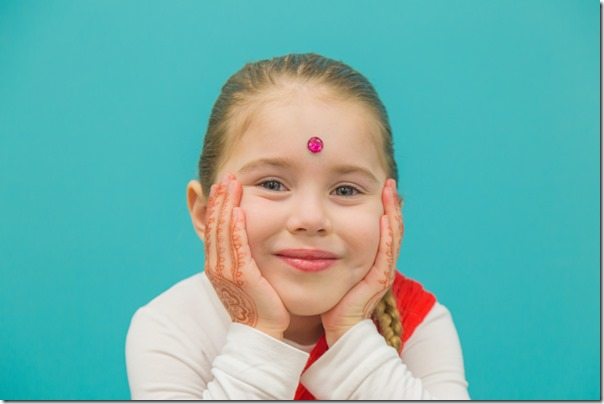 Noah wasn’t wrong. In fact, when I showed Chris the pictures later, Loulie immediately reminded him of one of his favorite childhood princesses. 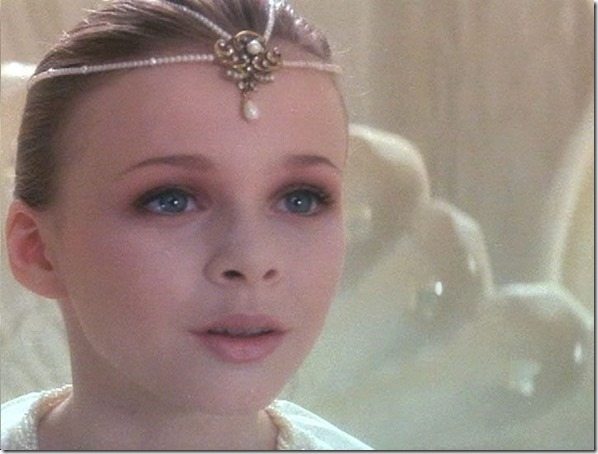 (And can we take a minute to appreciate Loulie’s Henna Tattoos? Practical girl that she is, she told everyone they were really just done with a brown marker. But no matter. They were amazing.) 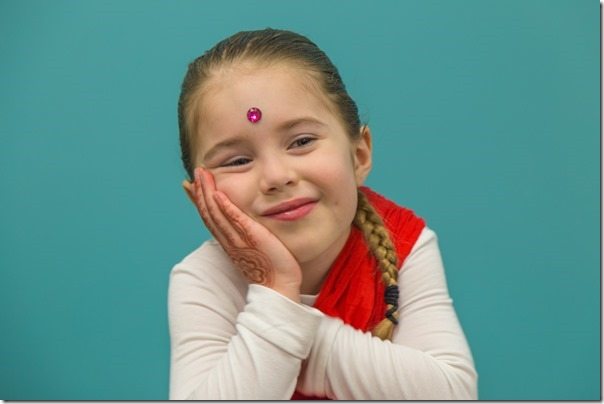 But aside from their actual Cubbie dates (Chris has pointed out that Noah is the only pre-k playah that is bringing a date to Cubbies every single week), it’s the conversations that occur in the backseat on the way to and from Cubbies where the real magic happens.

For some reason, the first couple of weeks included a lot of conversations about the various ways you can die, all presented by my two children, and all shot down by Loulie.

Because, as we quickly learned would be a theme in our conversations with her, she refuses to believe anything, ever, unless her mother has previously told her it as fact.

“If you fall out of a roller coaster you can die.”

“No you can’t. My Mommy has never told me that.”

“I can NOT believe you.”

“Did you know you can die if you drink too much water?”

“Come ON, guys. Why do you keep telling me things I DO NOT believe?!”

As I was getting out of the car to pump gas, I heard my children try to convince Loulie that TNT is real. And, of course, can kill you.

I suggested they talk about something other than things related to death, and when I got back in the car, was relieved when Loulie bouncingly informed me that they talked about great things and that “everyone topicipated in conversation!”

The next week, Noah tried to work in a smooth nickname in her direction.

“Hey Lou, are you excited about Cubbies tonight?”

As adorable as his attempt was, it was shot down and followed by a very indignant five minute speech about how her name was Loulie, or Lousana, but it was NOT Lou. And no one could call her Lou because it was NOT her name.

That same night, I had to send a text to Renee to let her know that if the phrases “overheated underwear” or “heated over underwear” got used in her home, to please blame the ride to church. Because when you can’t talk about death, there are really just not many subjects left.

One week on the way to Cubbies, we decided to take a quick hike. I had underestimated the professional-level hikers that I have turned my children into, but Loulie was well aware. Running on trails with large rocks and roots was not easy for her, and she kept becoming frustrated as my kids would sprint ahead, and she’d find herself flat on the trail.

Finally, she indignantly told me, “I am really mad at these roots. Maybe you shouldn’t come to this park anymore because there are so many roots and they are dangerous for children!!”

Noah, who happened to still be nearby, kicked the root for her. Just like a gentleman.

(She has since risen to professional levels of hiking herself, thanks to some tips from her gentleman friend.)

But despite all of his attempts to progress their relationship, ultimately, it came down to this conversation.

Loulie: “I’m going to live somewhere different but next door to my family.”

Noan: “Wait, wait, wait. I already told you a long time ago I’m going to marry you.”

Loulie: “I already decided a long time ago I’m going to marry my little brother Jonas.”

Noah: “You can’t marry someone in your family. Ali told me that.”

Loulie: “Anyway, if you want to marry me you have to ask Jason and Renee first and then the mommy gets to say whether she wants to marry you or not.”

Loulie: “Well, I decided I’m going to marry my little brother Jonas so the answer is no.”

So, I guess that’s that. The future may be dim, but the present is very, very bright.