8:30am: I threw clothes at him and told him to get dressed – we had to go to Physical Therapy. After a few mandatory whines about the unfairness of having to wear clothing, he disappeared into the bathroom.

The next time I saw him, he looked like this: 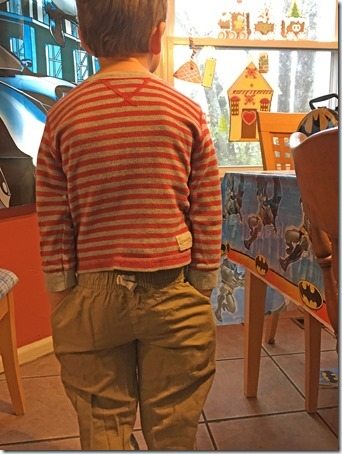 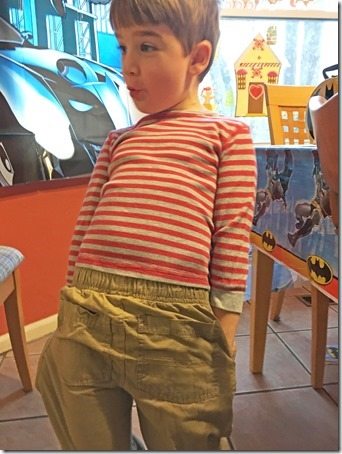 I sent him back to the bathroom to turn all the things around. I could only assume his underwear was on backwards too because what are the chances.

9am: In the car, on the way to Physical Therapy…

“Is God wearing sandals right now? Because the last time he was here he got holes in his feet and they probably hurt.”

“Hey Mommy whoever wants to go to heaven should touch a power line. Because that’s how they can die.”

Such a problem solver. But maybe not that great of an Evangelist…

9:30am: Arrived at Physical Therapy…

He pulled out 4 Sour Punch Kids from his pocket and ran them back to my Physical Therapist. (Because I’m nice, I had supplied him a Ziploc bag for that treat before we left the house…after he’d been carrying them around in his hands for a while.)

We were behind a ridiculously slow person, and after realizing that the other lines had turned over four times, I backed up to get in another line while saying “Good grief what is this lady DOING!!??”

I asked him where he heard ONG. 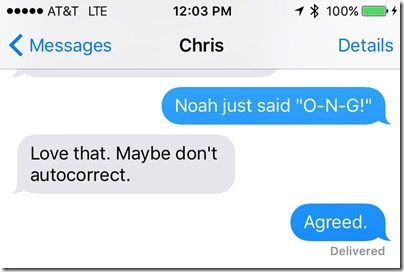 3pm: I noticed a BabyBel cheese sitting on the coffee table – one he’d offered me but I didn’t want.

“Hey buddy – go put that back in the fridge so it doesn’t go bad.”

He looked up, surprised, and said, “But I have the rest of the cheeses in my treasure box!” 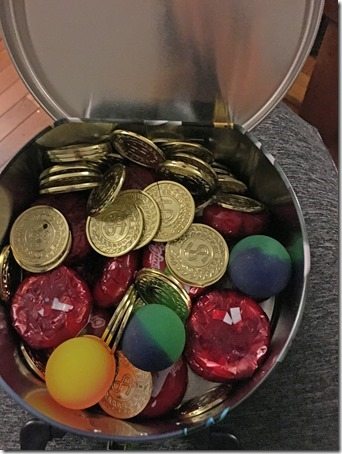 “When did you put them in there?”

“I don’t remember…a couple of hours ago….”

5:30pm: (After putting the BabyBels back in the fridge), he apparently decided that I needed an awesome hug. I was laying on my side on the couch trying to get my neck comfortable, and he got a running start and leapt at me, aiming directly for my neck.

In an effort to protect my rather damaged neck, I instinctively threw an elbow in front of myself (oops) which caught him in the cheek. 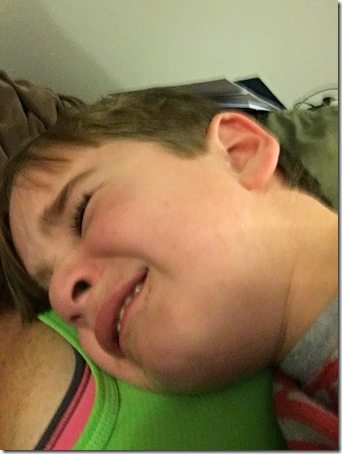 We ended up both quite damaged in that exchange.

5:35pm, after recovering from taking an elbow…

He threw a large blanket on the coffee table, where there was a cup of water he’d insisted on bringing me.

6pm: I sent myself to my room until after the children were asleep…to “rest my neck.”

8am: Noah came running in my room, where I was still in my pajamas but had my computer out and was doing a little work from bed before getting up.

I suggested he get in bed and cuddle with me while I finished my work. He went back to his room to retrieve his favorite blanket, then gleefully shoved himself into my armpit. 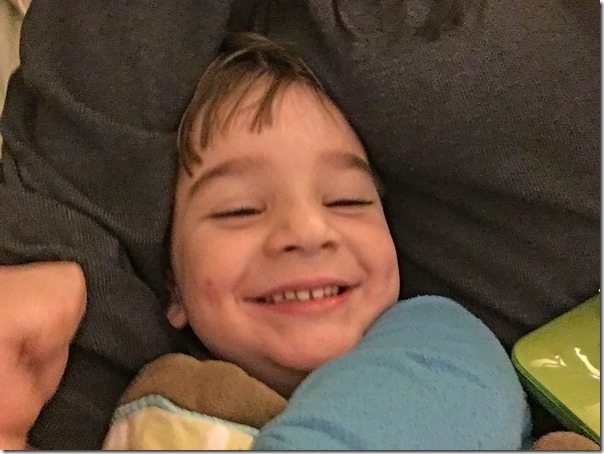 “OOOOOOOH You are SO HOT, Mommy!!”

He dove under the covers to steal all my warmth, then peeked his head out and said,

“Then you shouldn’t be looking at it!”

“But that part of you is so hot I can’t stop touching it!!” 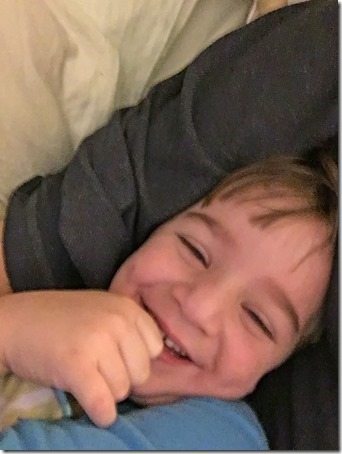 Five is going to be a good year for him. I can tell.