When I originally blogged the above phrase on the first day of April in the blessed(ly almost over) year of Two-Turd-Fifteen, I really had no idea. Sure, we’d been pretty much constantly sick since The Unspeakable Christmas four months prior, but it was nothing compared to what would come.

Some would say I asked for it, speaking it forth so early in the year.

I prefer to think of myself as an oblivious prophet.

As we began the approach the end of this memorable year, I knew I needed to do something significant to cleanse us of its filth. I had to put it behind me and gleefully move into what I am preemptively referring to as

I finally decided on what that should be.

We needed to eat it.

in all its glory.

The time had come, anyway, to order Chris’ biannual Cake Pop order from the brilliant artist Jamie, and I always try to make it new and unique when possible.

So I took a chance and asked her for an extremely custom, specific order.

Even as I sent her the list of all that

kept piling on, presenting us with The Holiday Hole: 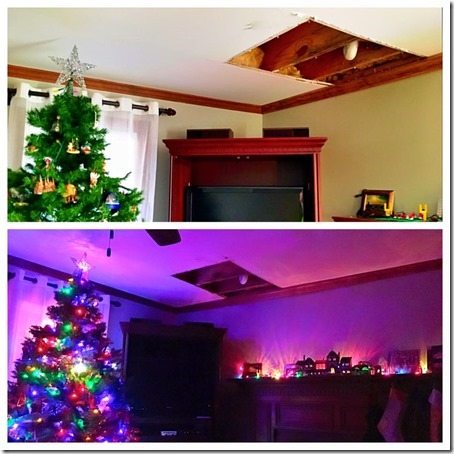 (Chris wrapped it lovingly for Christmas Day, though I told him it really needed Elf-On-A-Shelf or Santa legs dangling down. And maybe some lights. And tinsel. Oh and definitely a giant bow.) 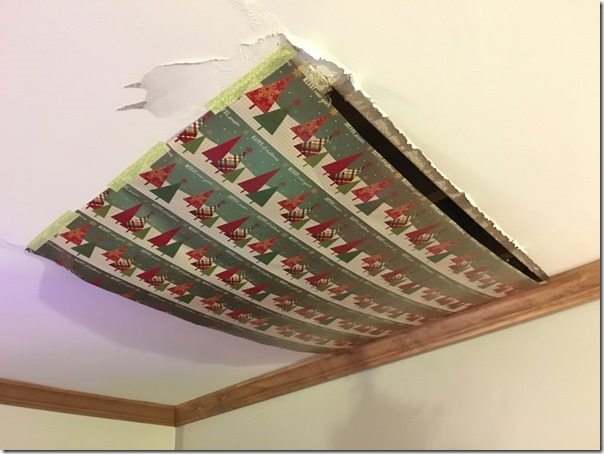 (No worries. The Holiday Hole is covered under warranty from the original flood. It’s pretty much the least stressful thing that has happened in the entirety of

But I did indeed send Jamie the list and asked her to make our year in cake pop form, along with a few applicable emojis, for good measure.

And, as I expected, she depicted it in pure brilliance.

And we gleefully ate our year.

We ate all of our illnesses, 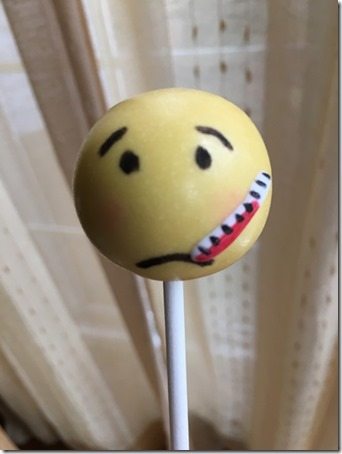 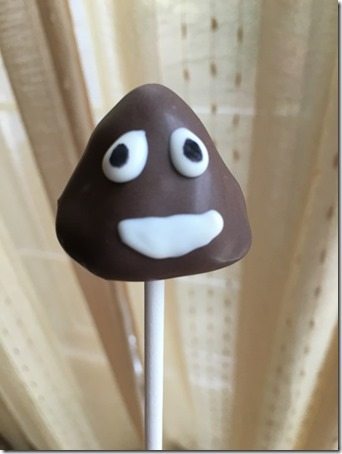 We ate my running injuries, 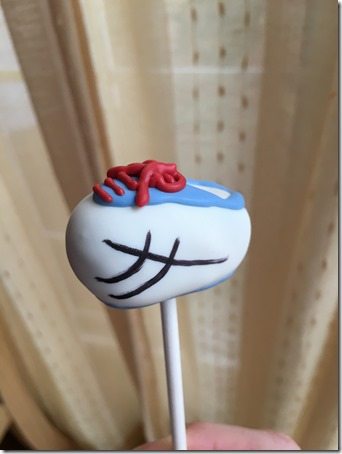 We ate my tonsillitis hospital stay and resulting tonsillectomy, 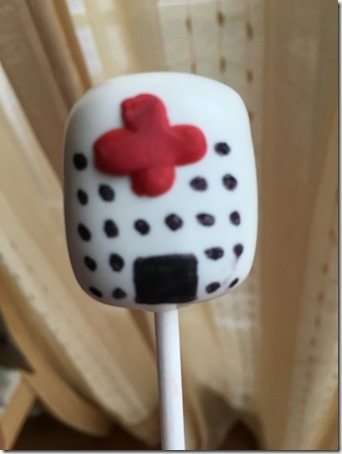 We ate our house flood, 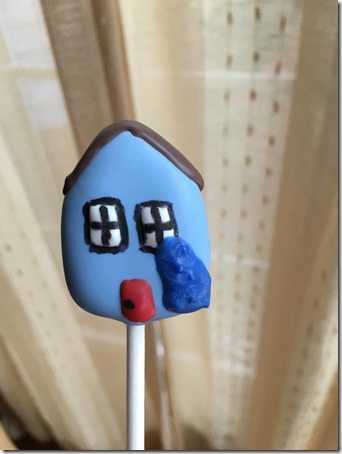 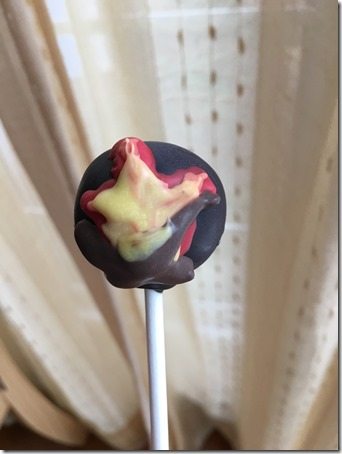 We ate our countless prescriptions, 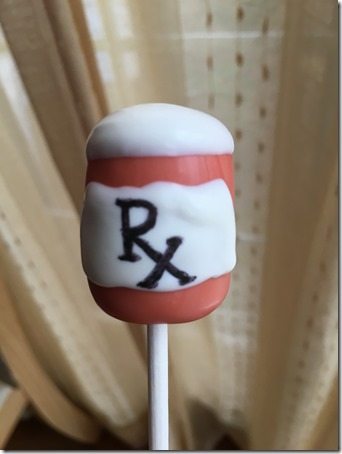 We ate the sad demise of Flexi, 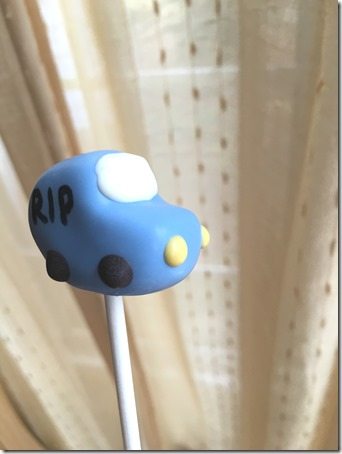 We ate my long and still continuing recovery from the wreck (there was actually a better emoji for this – the one with bandages on its head – but we ate it before I got to photography. Because edible therapy is the best, y’all.) 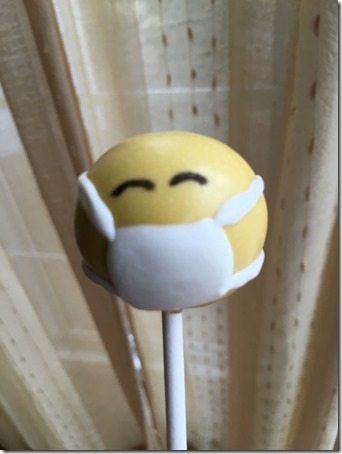 And….we even ate the spider that ate his way out of Noah’s underwear. 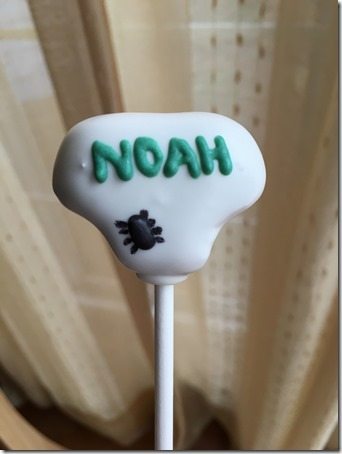 As I explained to the kids all of the cake pops, I gave this special one to Noah and asked him what it was. He stared at it for a minute, read his name, looked at the spider, burst out laughing, then gave me many bemused looks. 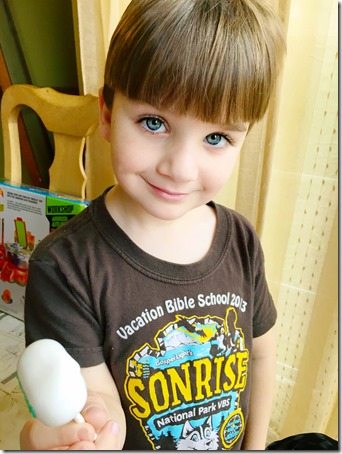 Because if you can’t laugh at your penis spider bites, what is life? 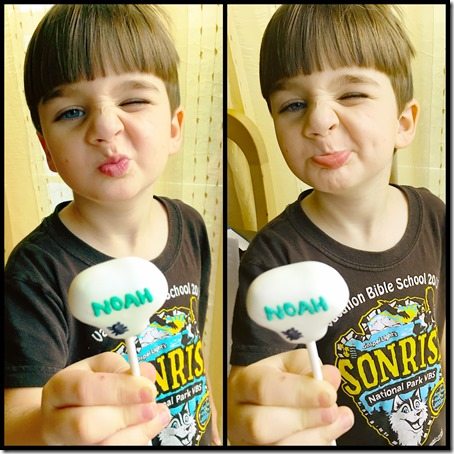 But we absolutely ate that spider.

After discussing each pop and the incidents surrounding them, Ali considered all these things in her heart and then said, “Wow. We’ve really had an….INTERESTING year, haven’t we?”

Yes, honey. And that’s why were eating it. 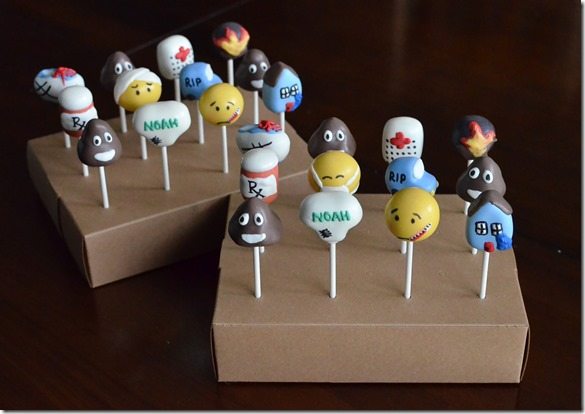 be infinitely bright. Like ours is absolutely going to be.

7 thoughts on “How to Properly Celebrate Two-Turd-Fifteen.”