We’ve been traveling quite a bit this fall – a bunch of random trips all somehow congregated and decided unanimously to happen at once to make our lives extra chaotic. I’ve hardly had time to process these trips, let alone blog about them, so this week will be a bit of Callahan Travelogue. Some of you may like visiting other lands via the internet, and some of you may find it intensely boring and/or highly obnoxious. Whichever person you are, I understand.

At the beginning of October, we took our third annual trip to see Petit Le Mans at Road Atlanta. My Dad is a tech inspector for the IMSA series of races, and the closest they come to us is Atlanta. Noah is destined to be my father’s automobile apprentice, so I always take him to the races to stoke the fires of his future car genius.

The first year, Noah and I met a friend and her son there. The second year, Noah and I went with my sister-in-law and cousin Eli. Although I’ve enjoyed the Mommy/Son dates immensely, this year was the first year that Petit Le Mans didn’t coincide with a home football game, so we were able to take Chris along. He also had a work meeting in Atlanta on Friday, so we just extended our trip one day on the front side to accommodate.

(Ali, who finds races about as thrilling as being surprised by a pile of dog poop on your bedroom floor, opted to stay in town with my Mom.)

We started off the trip by eating a hotel breakfast with Chris, 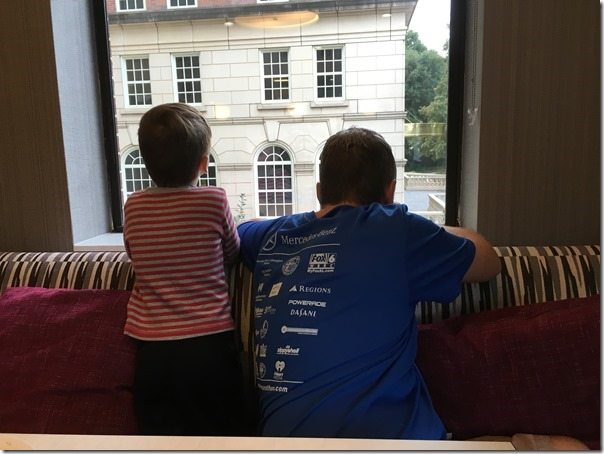 Then while he was at his meeting, Noah and I walked a quarter of a mile for Second Breakfast at Starbucks. Because until you’ve had a chocolate cake pop and iced coffee, can you really call it breakfast? We thought not. 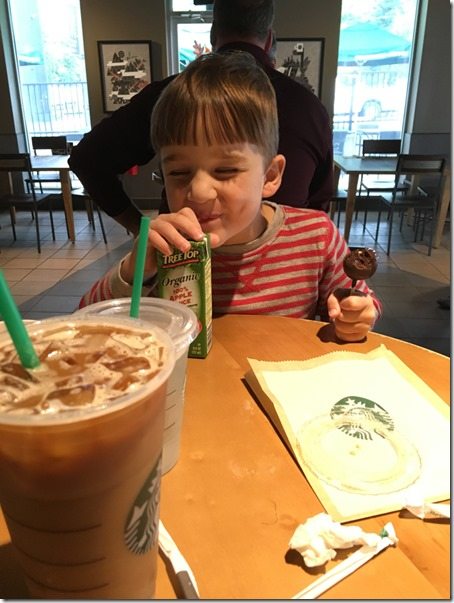 Along the way, we got to pass the “Batwing Building” that Chris spent many hours detailing its intricate roof veil, and where many years ago, Chris and I had one of our grandest adventures lying our way out onto – and then getting locked out onto – the roof. Everyone should get locked out onto a skyscraper roof once in their lives. 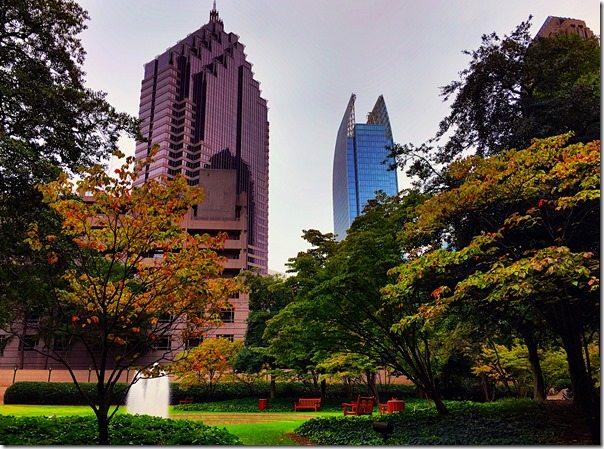 Because we’d gotten to our hotel late the night before and Noah was in no mood to settle down as he was sleeping in the same room as us, he took the opportunity to get a very rare car nap on the way to the races. Proving once and for all that there is no need to let go of an iPad for a nap. 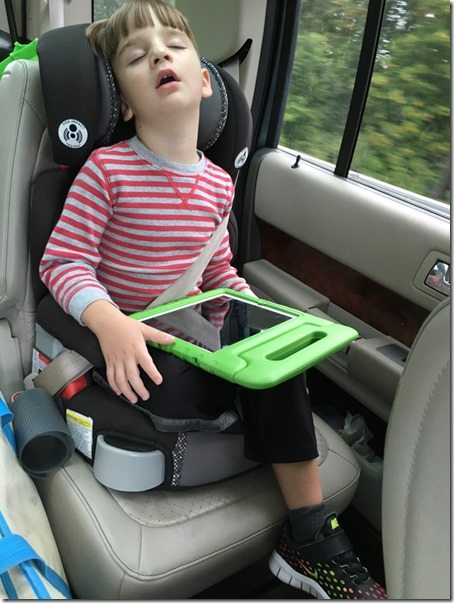 This was our first time to arrive early enough to go by the racetrack on Friday during qualifying, so there were many more opportunities for up close looks at cars, 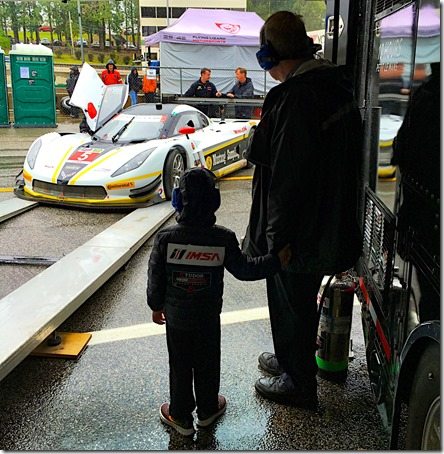 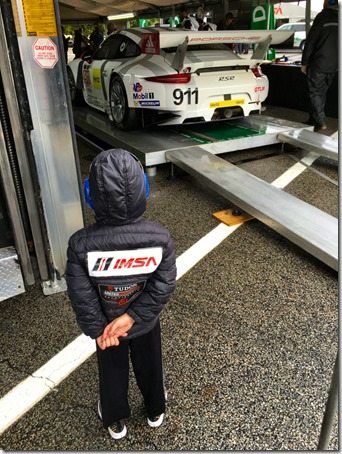 Racing stickers to be applied to jackets, 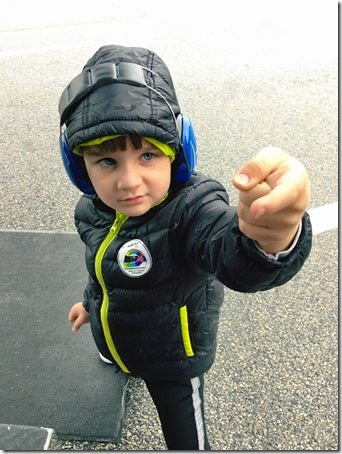 (Some of which I didn’t bother reading before applying), 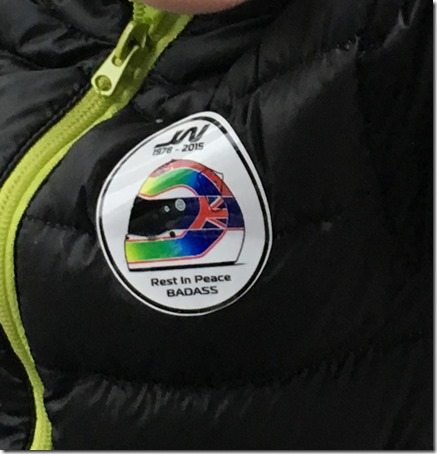 Helmets to be found and applied, 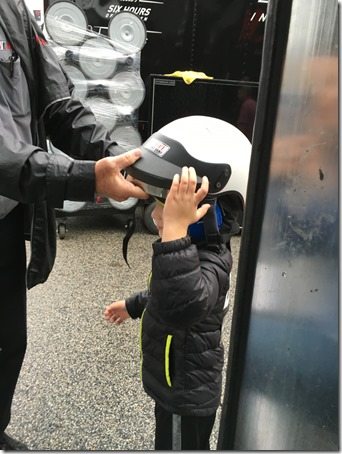 And miniature drivers to be created. 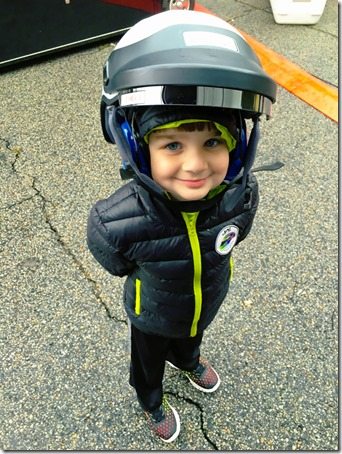 Also, there were trailers to fix, 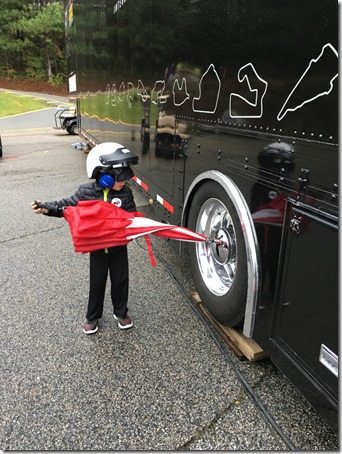 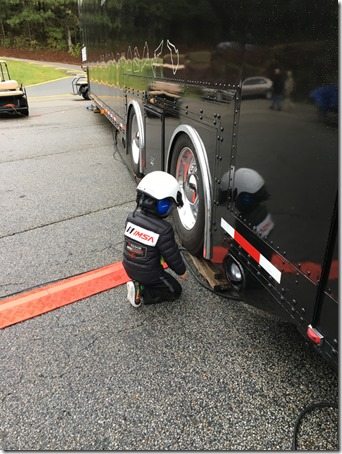 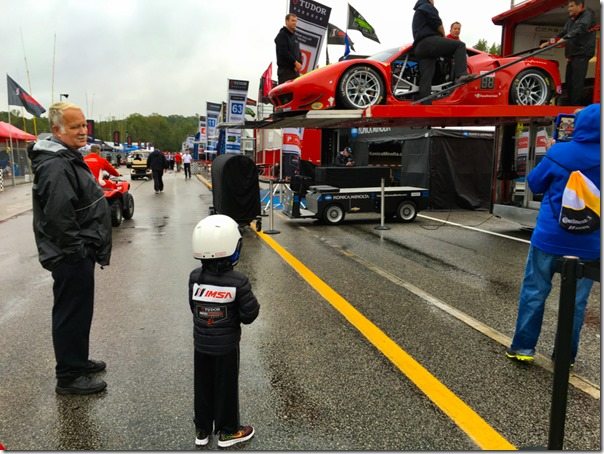 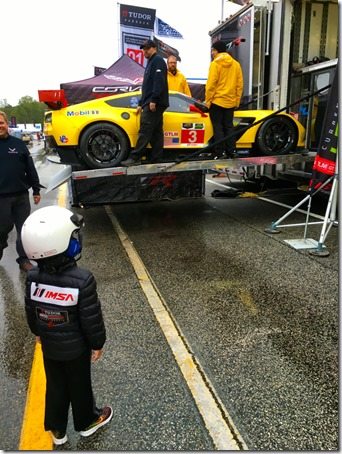 Victories to be claimed, 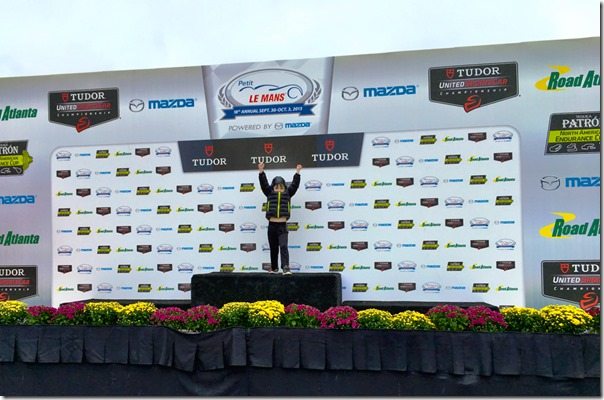 And racing dreams to be realized. 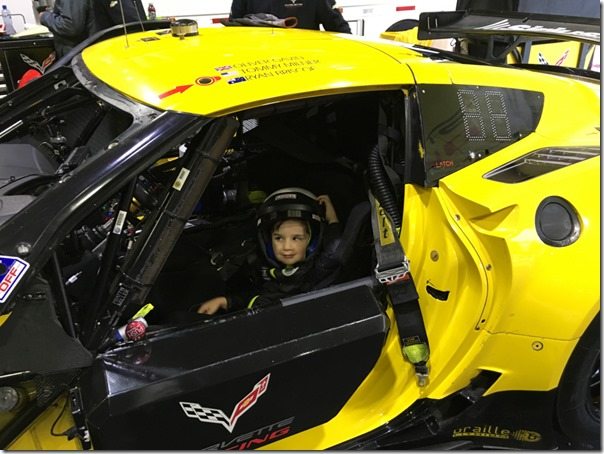 (When Dad put him in there, he totally dropped him about a foot into the car. Then said “I didn’t realize how low it would be!”)

(It should be noted again that Dad is the Technical Inspector.) 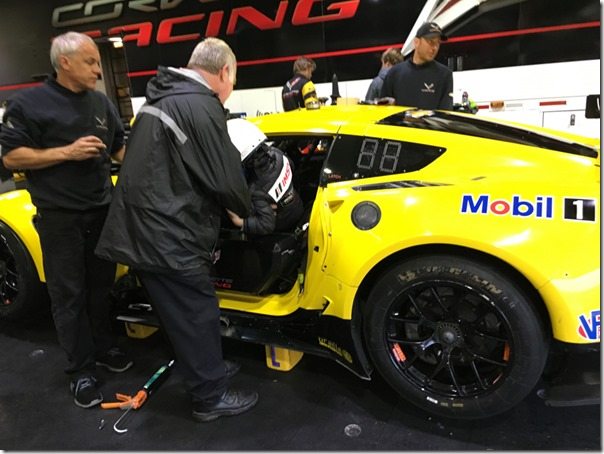 We went back on Saturday for the actual race, but it pretty much rained all weekend. Those poor drivers. It was a mess. 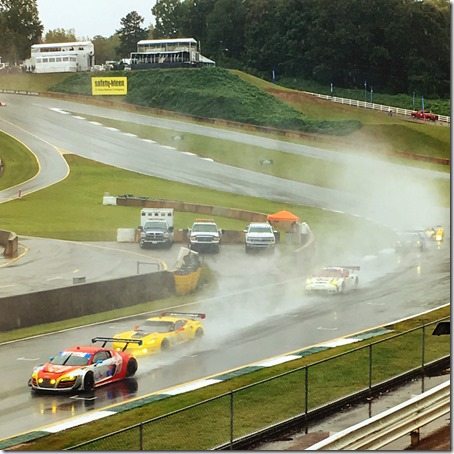 And it was all Hurricane Joaquin’s fault. 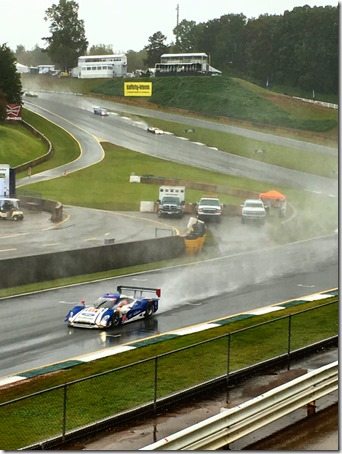 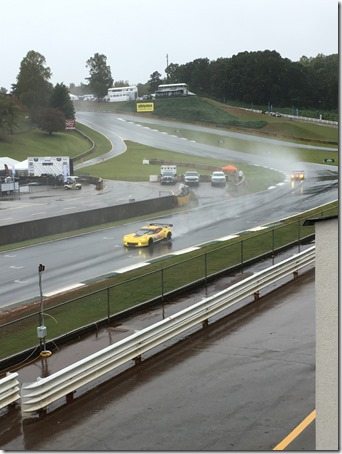 But it was still fascinating that the show went on, and they drove those cars for nearly 9 hours before calling the race. 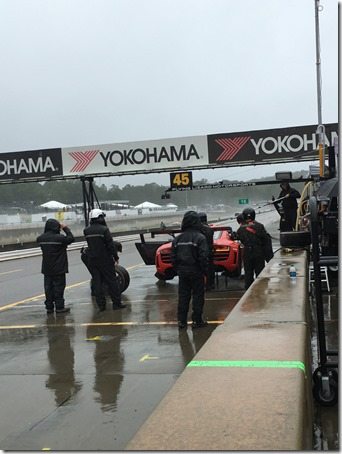 We did NOT, however, stay for all nine hours.

But it was still a trip of happiness and bliss – if also a bit moist. 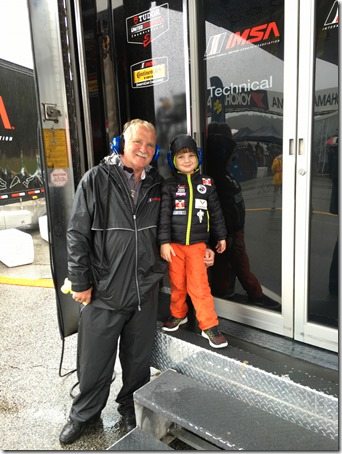 And it was fun to bring Daddy along, 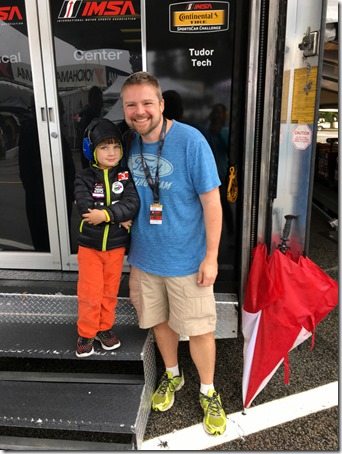 even though it will always be a Mommy/Son trip.