Ali has a lot of free time compared to most children her age.

She’s nearly nine and in the third grade, which is prime time to be besieged with the first loads of homework. But since we homeschool, she escapes this fate.

I am never one to tell people that they should homeschool, nor do I dare think it is right for every child or family. However, the one benefit that is fairly global is the extreme efficiency of time. We are done with school at lunchtime. There is no need for homework, because teaching one-on-one takes so much less time. There might be afternoon educational outings such as nature walks, visits to the zoo, and children’s museums, but all post-lunchtime education is purely fun.

Ali also fills her free time by busying herself with independent learning. She’s a little geek, after all, and adores using her afternoons to pursue her own interests of study. 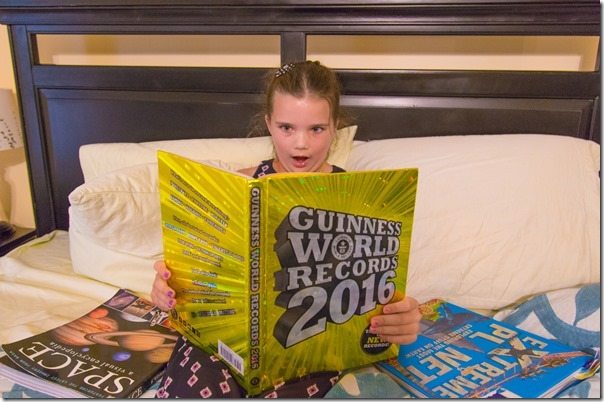 Each has been scoured and studied countless times (except for Guinness, which is pretty new but getting devoured by the day), and each comes with its own unique set of experiences.

Extreme Planet started out as a library check-out that Ali found beloved enough to beg me to allow her to take it to her grandparent’s to show them (because it was Not For Parents and she needed someone legal to show the magic that was found within), and after enjoying the book with her, my Dad bought her a copy to keep.

Not that I’ve read it because ACCORDING TO THE RULES I cannot, from what I gather, Extreme Planet is full of facts and pictures of the most extreme items in nature. I have built my assumptions about the contents from events surrounding this book. Such as when we were at the beach (and had our fabulous babysitter Sarah along.) We were all playing in the sand when Noah casually mentioned, “The bedtime story Sarah read us last night was about BUGS in your BUTT!!”

I looked at Sarah with wide, amused eyes.

“I swear I didn’t pick it! Ali had that book and they picked the page they wanted me to read!”

Then Ali added, “And anyway they were bugs in ANIMAL’S butts, not human’s butts.”

Well that makes it better.

Guinness, the newest treasure trove, was on Ali’s “Absolute Must” list of items she had to take with her to stay at Gramamma’s house last week. I asked her if she was going to read it with my mom, and she said, “Well actually we’re going to look through it together and find a record we can break so that I can be in the next book.”

When I picked her up, I asked if she was able to break a record.

“Not yet. All of them were either super dangerous, like how many candles you can fit in your mouth WHILE LIT, or they were stuff you just couldn’t do, like having fourteen fingers.”

I felt like I should apologize to her for not taking some Class IV drug while I was pregnant with her so that she could have fourteen-and-a-half fingers.

And then there’s the Space book. She’s fascinated by Space and knows significantly more facts about our universe than I do. She can quickly name all the planets in order (I cannot even name them all), can explain what would happen (theoretically) to an astronaut who got sucked into a black hole, and can share information about every celestial body.

One day last week, she disappeared into her room for a few hours after school. I figured she was reading. She came down for dinner, then disappeared again. While I was doing the dishes, a mysterious invitation showed up on the kitchen counter. 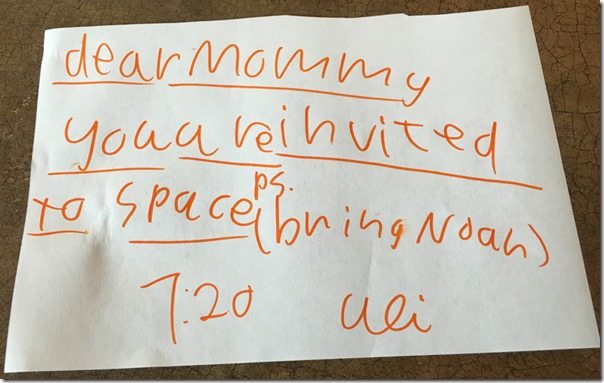 I wasn’t exactly sure where Space was, but walked up to her room on a hunch. She peered around the corner, and I took in the slightly messier-than-usual state of her room. 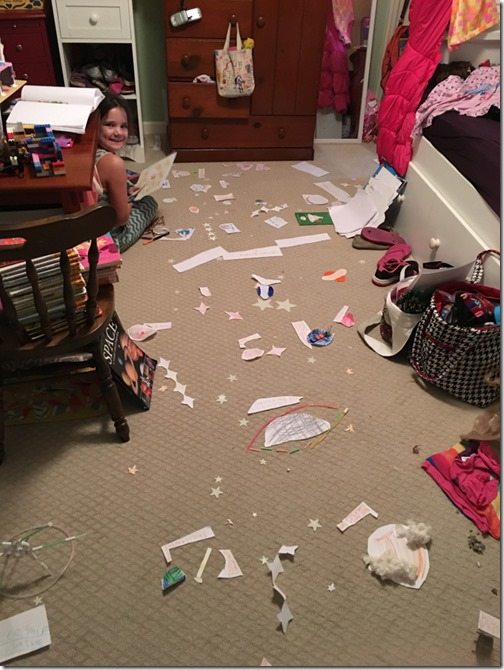 Then I started looking closer. And was drawn in by the detail of her interpretation of space. Our galaxy was all present, including clouds around the sun and a warning not to get too close, 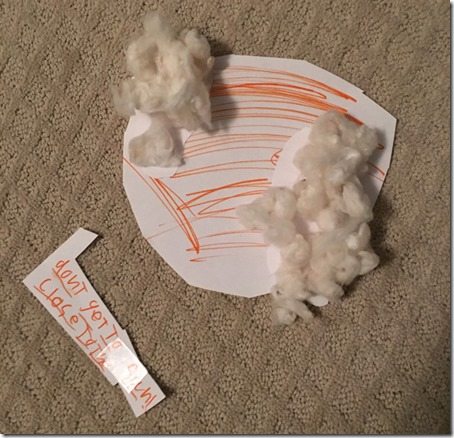 An (angry) alien resident of Neptune, 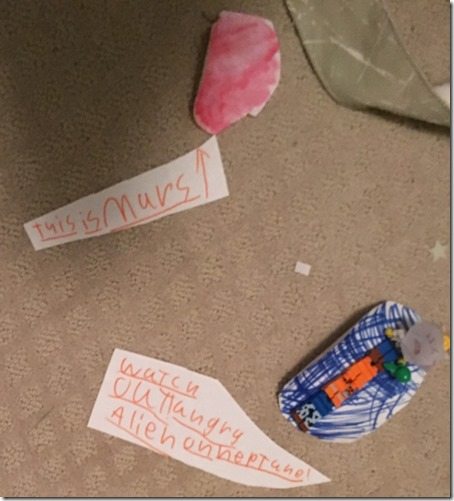 A black hole made out of recycled glow sticks, 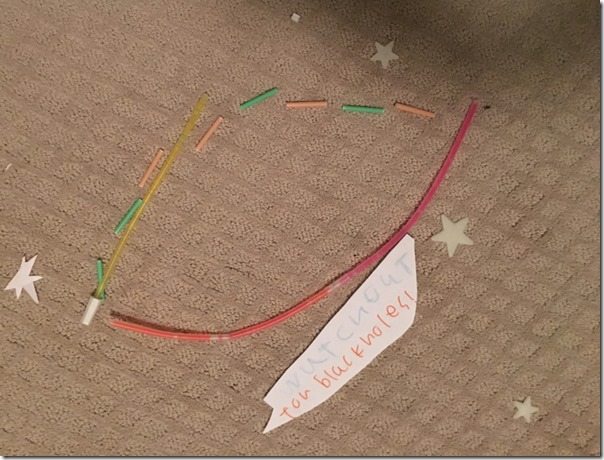 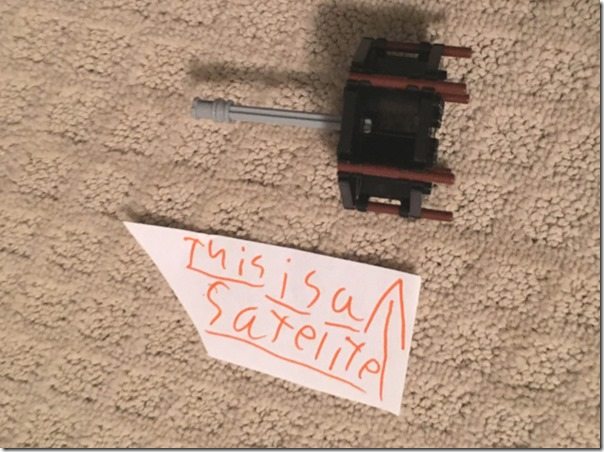 And the moon, complete with a (GIANT) NASA spaceship on it. 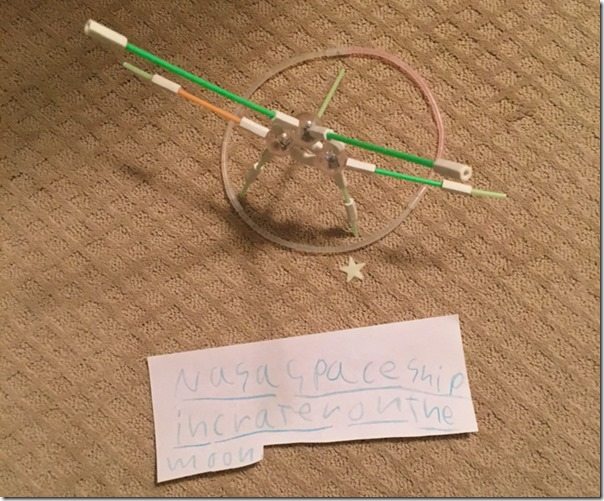 And then there were the other galaxies. They were magnificent, creating an environment of intrigue and imagination. 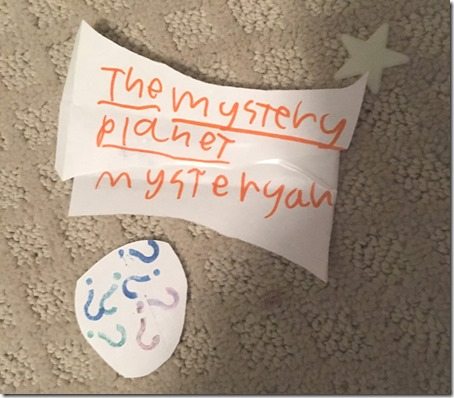 This one made me realize I needed to introduce her to the show ALF. 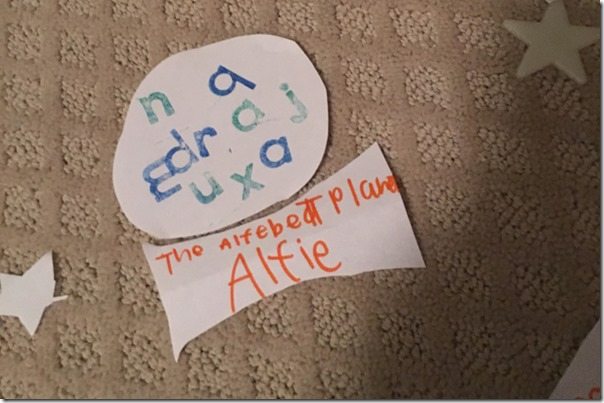 And the planet that she’ll be introduced in a few years, poor girl. 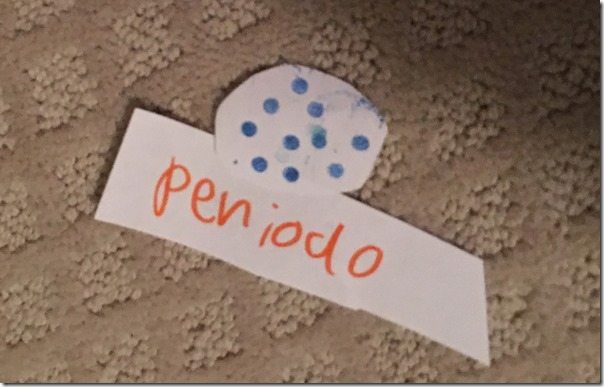 There were three imaginary galaxies containing dozens of planets, all labeled and decorated. 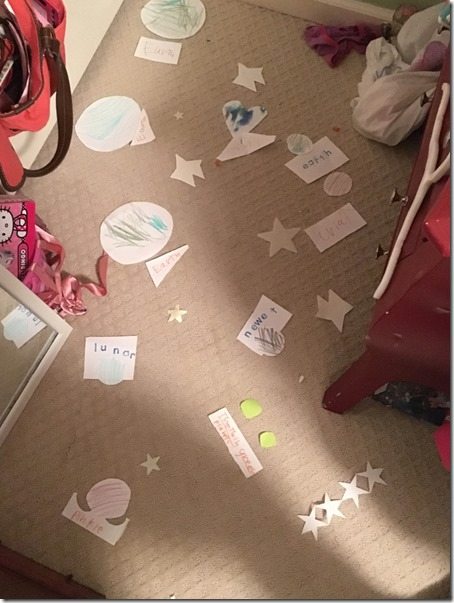 Before bed, Chris helped her add even more details to her diorama, including rockets and meteors. 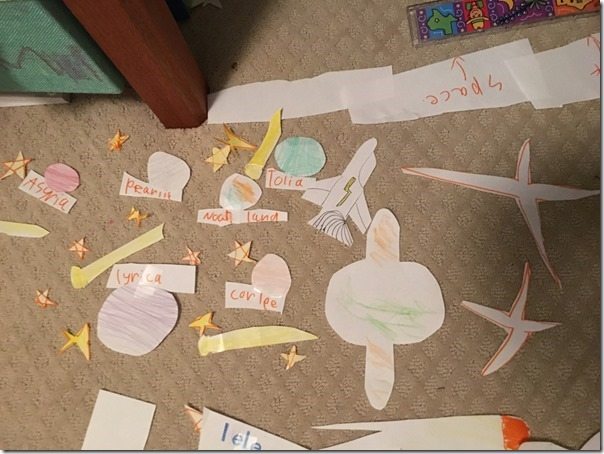 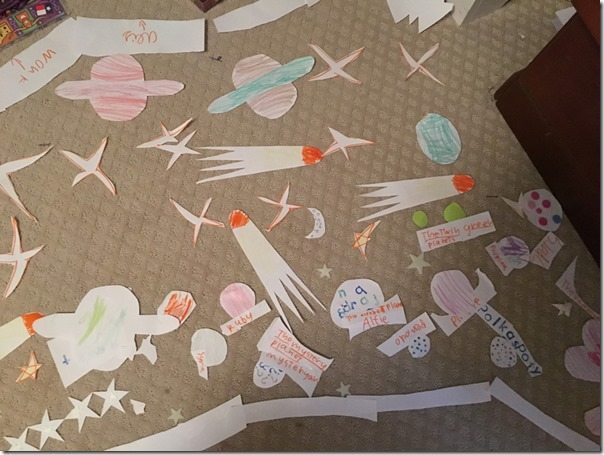 So that she could share her fabulous creation, I told Ali that our neighbors and their nanny could come over to visit Space the next morning.

Ali hurried through school, fretting that she needed enough time to make some last minute arrangements to Space before introducing it to a crowd.

I checked in on her, and she’d rearranged the galaxies so that she could create a path. 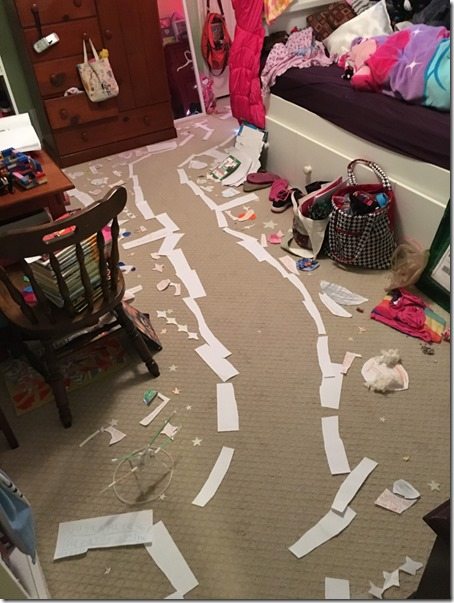 Our friends came over to observe. Ali was sure to instruct them to stay on the paths provided, but offered a thorough tour of every feature. 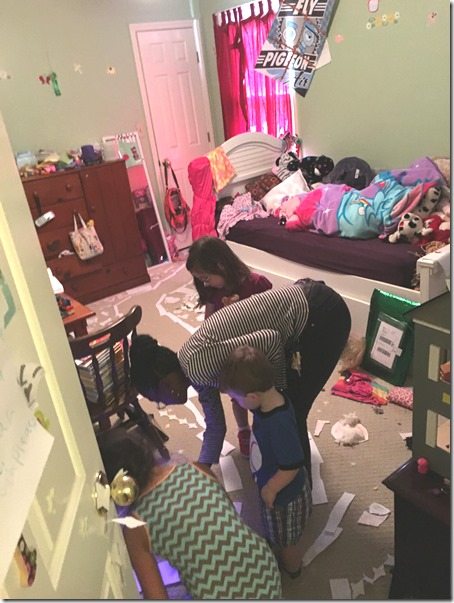 Including, of course, a light show. 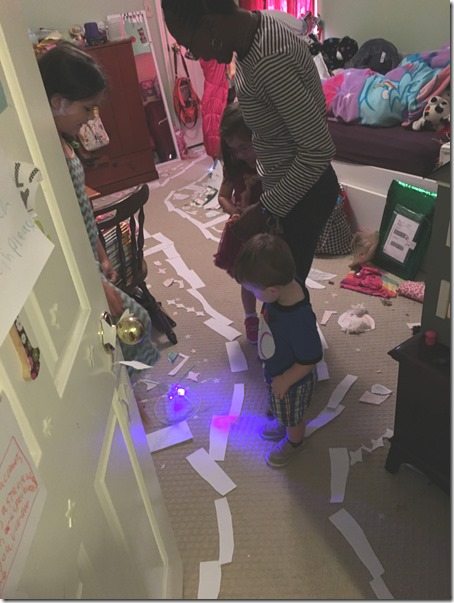 And throughout all of the many versions of Space, her precious book sat watching, propped up on a chair leg, intensely proud of the creativity it inspired. 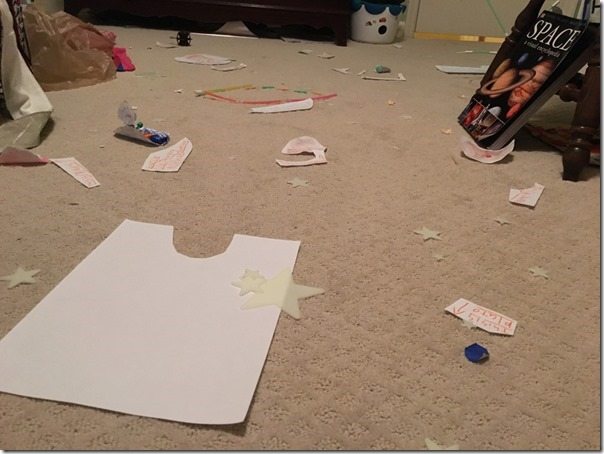 9 thoughts on “On Independent Study.”