Up until the point in question in our home renovations, our contractor has sent out the most impressive sets of workmen, scoring Class A (or even better) on The Creep Scale.

The Creep Scale, a scientific document based on surveys of ones of housewives.

Class A*: This person is a stranger in your home, but is such a gentleman and appears so trustworthy that you give no hesitation to leaving the house while he’s there because you know he couldn’t possibly steal your everything.

Class B Creep: This workman has a slightly creepy vibe – he has a leer about him and leaves his Diet Mountain Dew spit bottle full of used chew on your counter overnight. When a Class B Creep is in your house, you decide you better stay home and babysit him to ensure that he doesn’t pilfer through your dresser drawers.

Class C Creep: This Creep is so beyond creepy that you don’t care what he steals or pilfers through. You leave your drawers in peril and flee with your children as soon as he arrives to prevent becoming a mysterious disappearance featured on 20/20.

* The categorization of “Even Better than Class A” includes all characteristics of Class A but also puts forth a loving grandfatherly vibe that makes you wish you had room in your family to adopt another paternal figure. You might even make up more home renovation projects just to keep him around.

The painter/construction guy who did most of the work was magnificent – He was the Better Than Class A Poster Man. He played with the kids, was super thoughtful about our schedule, did extra work for free at his own suggestion and insistence, and thoroughly won our hearts.

The Plumber was on an entirely different scale than the Creep Scale – he was Hot Class A. He was older than me – more of a Mike Rowe genre of hot. Never have I ever had someone with such deep, smoldering eyes soliloquize straight into my soul about low toilet flow due to Government regulation interfering with our ability to have a peaceful American bowel movement, then gently give me tips on how to hold down the handle just a little longer to get my family’s bodily refuse safely through the pipes.

Since Chris wasn’t around to meet most of the construction crew, I kept him textually informed of all the pleasantly lacking creep levels. After the third visit from Hot Plumber, I remembered to fill him in. 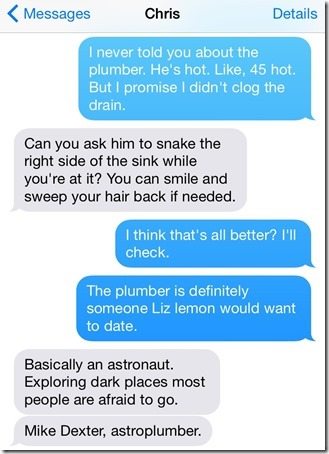 And then there were the tilers.

I had plans the day they were supposed to begin tiling our bathroom, and didn’t know if I would need to cancel those plans or rush to those plans based on the Creep Level of said tilers in route to my house. So I decided I’d go ahead and back my car out of the garage to keep from getting blocked in my driveway – just in case.

I cranked the car and opened the garage just as a van that was the car-baby of Deliverance and The X-Files limped into my driveway. 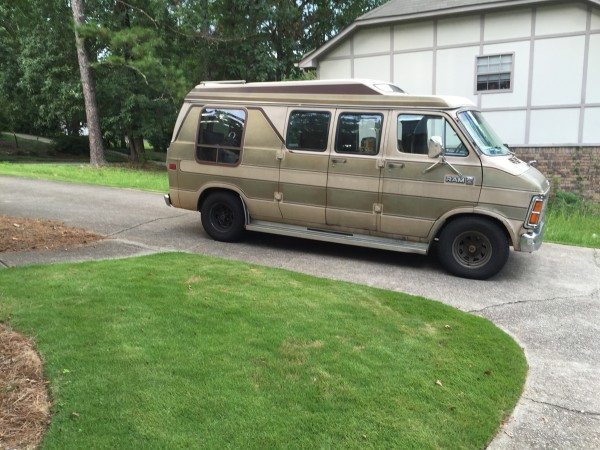 It was a brown, overly pin-striped conversion van. It was from the late 70s or early 80s. It most definitely once boasted of shag carpet on the ceilings and pleather bucket seats on every row, but now was stripped of all seats except the front two, and could easily hide the bodies of innocent homeowners underneath the Sonic cups and Grapico bottles.

I backed out an inch and sat, thinking that surely they would see what I was attempting and back up to let me out.

They did not, and proceeded down my driveway.

I backed up another five inches, trying to strengthen my hint.

They parked and opened their van doors, letting empty cigarette cartons spill out and allowing me to see my future grave.

I backed up another six inches, approaching perilously The-Mystery-Van-after-Shaggy-got-hooked-on-Meth.

They continued rooting through the McDonald’s bags to find their tools.

I put my car into park and got out to say hello and explain what I was attempting.

Which is when I had the privilege of actually meeting Shaggy-post-Meth.

Skinny and sunken cheeks, the man I would later name Creep (because he never introduced himself) had razor sharp teeth that he proudly showed me in a grin that could have meant many different things – none of them very pleasant. He yelled for the guy in the driver’s seat to let me out, and I hurried back into my car to process what I’d just experienced.

The driver got out and was, to my relief, quite friendly. He immediately stuck out his hand and introduced himself.

….except that in his thick drawl, he mispronounced what I was pretty sure his name should be.

Which brought me to an interesting fork in the road: do you call someone by their own mispronunciation, or do you pronounce their name correctly?

I chose neither, and just addressed him with a “Hey” when I found it necessary.

We headed up to the porch to look at the tile that had previously been delivered. The kindly driver bent down in front of me, which is when I learned that he had more than just a tiling talent – the man was holding the Guinness Book of World Records in the category of buttcrack length. I tried to pop my eyeballs out with my index fingers to prevent myself from continuing to stare but it was just so frighteningly impressive. He had crack for miles. I MEAN MILES.

He stood up, hiked up his pants, pulled down his shirt, and I still saw vast lengths of crack. It was really quite stunning and confusing in a purely anatomical manner.

After frantic last-minute detail decisions I didn’t know I was going to have to make and an extended Home Depot trip on their part, they were there to stay and I was definitely not staying home.

Crack was deeply involved in his work upstairs, and Creep was working on the porch. So I told Creep as we walked out, “We’re leaving for a while – if y’all need to go back to Home Depot, just leave the front door unlocked so you can get back in.”

His eyes glimmered and he gave me that frightening grin again.

“Y’all live in a safe neighborhood, do yeh?”

I got the strong feeling that Creep was about to call his best friend to tell him to put my house on a future hit list. “She leaves her front door unlocked, Bucky Ray!!”

(I do not ever leave my front door unlocked, for the record. But I wasn’t giving him a key to conveniently duplicate on their next trip to Home Depot.)

We left them to their Grapicos and Loudly-playing Classic Rock and fled.

When they finished Day One, not a single piece of tile had been laid. But we did have a toilet in our front yard with cigarette burns on the lid. Putting us right smack in the middle of the Class C Creep Category along with Creep and Crack. 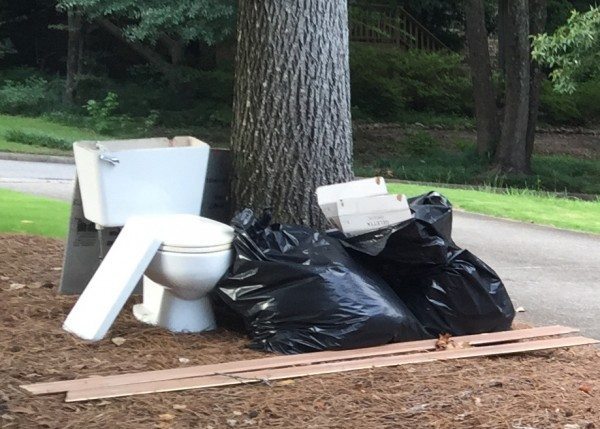 On Day Two, I sent the children away with a babysitter and worked all morning in my office. Without telling us, they decided to work until 8:30pm, which created no small amount of family stress since we actually had somewhere we were all supposed to be that evening.

None of us actually thought to ask Creep and Crack how long they were planning on working, thinking surely they’d be done any minute and also due to something akin to the natural fear one has of waiters spitting in their food.

By the end of a very long day two, all of the tile was laid, but no grout had been mixed nor spread. My mind was filled with concern. WHAT were they doing up there?? Do I need to sanitize all my drawers?

On day three, Creep gave me a beautiful ray of hope by telling me that they’d be done by lunch. I silently cheered on the inside. But as the job came to a close, the emotions ran high. I overheard an outburst on our front porch in reference to the contractors running the job.

Creep yelled to Crack, “I don’t see why they get a cut of this job! Them folks is sittin’ on their a**es! We the ones doin’ all the work!!”

All I could hope is that one day, maybe Creep would understand the way the world works: A** Sitters successfully sell jobs. Creeps do not.

But they do lay some pretty tile. 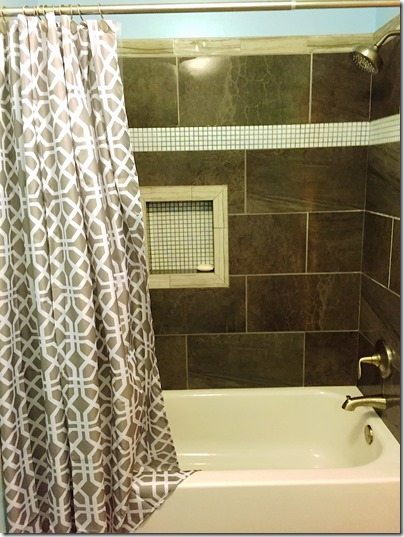 8 thoughts on “The Adventures of Creep and Crack.”