This post may make a lot of you tune me out forever.

You may hate me, say mean things about me, and write me off as a feelingless monster.

But I can’t hide my feelings any longer. I must bare my soul to the world. For honesty’s sake.

Okay okay I know that hate is a strong word.

And yet, all dogs (and often their owners) think that I absolutely adore those gunky eyes, matted fur filled with tiny biting bugs, that garbage disposal odor, and the slimy tongues.

I understand that some people feel this way about babies, and rightfully so – they’re fairly smelly and gunky creatures as well. So I was careful to never foist my babies on anyone without them asking first – because I knew how I felt about those people’s dogs.

But dog owners, in general, do not seem to have figured this out. Especially the ones that take their dogs to see the Easter Bunny.

I find dogs to be a most disgusting animal, listed right behind Armadillos, and the only reason they win is because they’re usually dead.

But back to dogs.

On one of our regular walks, we often see a very rotund wiener dog (his belly actually drags the ground as he walks), and the dog’s owner always makes a point to cross the trail and bring the dog over to us…despite the fact that I and my children always back away from him and the dog. But he’s convinced we want nothing more in life than to scoop that monstrosity of a tiny dog into our arms and kiss him alternately on his nose and mouth.

And then there are the dogs on my favorite running trails. Without fail, they always feel the need to run over to me as I’m passing their owner and attempt to wrap their leash around my legs as I run full speed past them. One day when I break both my legs and dislocate my hips, shoulders and finger joints with one single fall, please know that a dog was responsible.

But they think that I cherish them. Because all dogs do.

One especially long spell of dog adoration included two dogs on our Mom’s Trip I planned not long ago. They came out of nowhere, no one knew who they belonged to, but they decided that they belonged to our group. They followed us everywhere, sat outside the lodge and looked woefully in as we ate, and laid on our front porch as we slept.

As I often do at Gorham’s Bluff, I walked out onto a rock ledge past the gazebo to get some pictures of the valley below. 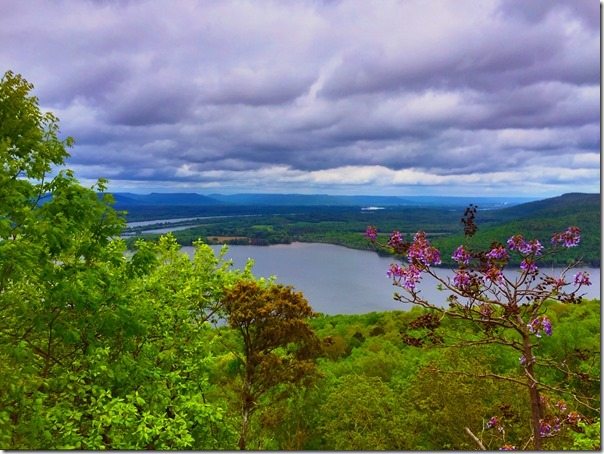 This made the dogs extremely nervous. They continually paced from me to my friends whimpering and attempting to drag my friends to the ledge to save me. When I finished my pictures and came off the rock cliff, they celebrated with leaps and yelps and a thorough licking of my legs.

For the rest of the weekend, they decided that I belonged to them. They had saved my life, and now we were inexorably bound together. 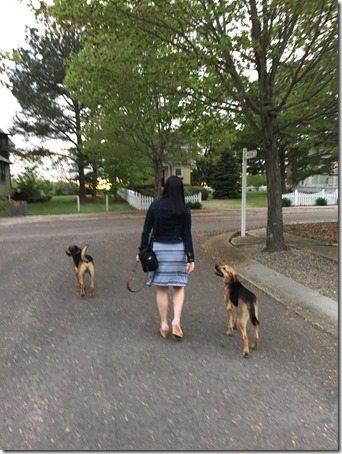 That dog is gazing so lovingly up at me as I instruct him to leave me alone and never slobber on me ever again.

And here it looks like I’m smiling, but it’s just the corners of my mouth in motion, repeatedly telling those dogs how much I dislike them and that they should really go find someone else to adopt. 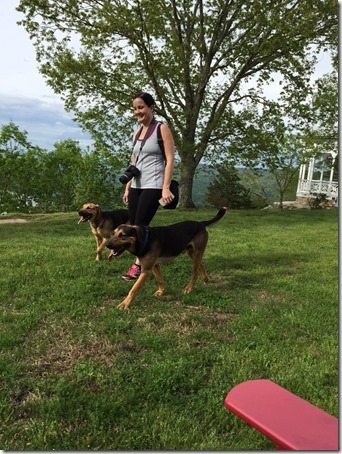 But by far the worst dogs are hiking dogs. Because they’ve been through mud and water and they think that you most certainly want in on that deal.

Last week, Ali and I went hiking while Noah was in school. We were enjoying the beautiful day and the waterfalls, 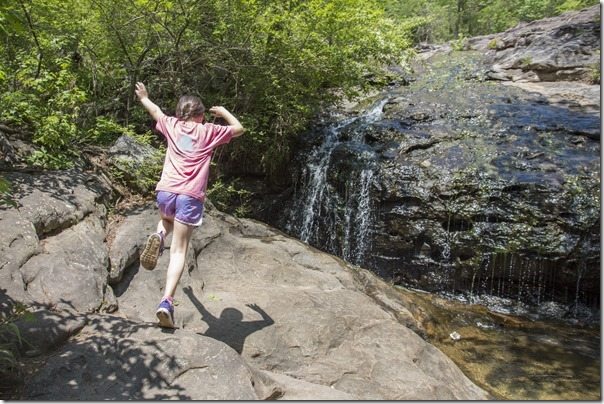 when two girls and four large dogs crossed our paths. After a good fifteen minutes of a doggy/human photoshoot in front of the waterfall they commandeered from us, they were ready to move on. But not until after the dogs came over and rubbed all up on Ali and I, almost tripping her, and thoroughly soaking my pants with dog-infused waterfall.

The girls giggled affectionately and looked at each other happily as they watched their dogs “love” on us, despite our clear body language of attempted avoidance.

But then. We had gotten lost on the way back (we’d taken a new path), and were running late for Noah’s carpool. We finally made it to the last stretch of trail before the parking lot – a very narrow path running about fifteen feet above the stream. Below us there was a Labradoodle enjoying a deep pool in the stream while his owner was on the other side.

Of course the dog saw us. Because all dogs think I live to cuddle with them.

He barked. He swam all the way across the creek. He climbed the steep slope up to where we were. And he proceeded to gleefully run back and forth between Ali and I, rubbing, shaking, and gifting us with the gallons of water stored in his high-volume Labradoodle coat. While licking us generously to cover over any dry spots.

The owner, much like the last owners we ran across, clearly assumed that we didn’t mind his dog nearly knocking us off the path that we had been previously speed-walking down.

He also seemed to interpret our body language of shying away from the dog and literally climbing the mountain to escape him as actually being pent-up love for his dog.

We picked up our pace, trying to lose this foul creature, but he matched it and increased his frequency of sharing our personal space.

Finally, because he realized he was losing his dog down the opposite path, the owner crossed the creek and began calling the varmint.

No luck. The dog clearly liked us better.

We picked up pace.

The dog picked up pace.

The owner picked up pace.

Finally, he caught up and had to literally drag his besodden creature off of our legs.

And so we showed up to carpool dead last and smelling of Muddycreekadoodle.

And I completely understand if you now strongly dislike me.

54 thoughts on “The Feeling Is Not Mutual.”