Using my voice has been a challenging exercise in the past week and a half, and it was at its peak of impossibility last Thursday. Chris had arranged for his Mom to stay with the kids all day so that I could rest quietly upstairs, which worked out well since I ended up getting checked into the hospital that afternoon.

But that morning, I knew I needed a way to communicate with the downstairs world, and since my vocal chords were unwilling, I did something that Ali had desired for a long, long time.

I set her iPad up to be able to text.

When I whispered what I was going to do, she leapt with excitement. My eight-year-old turned into a tween in front of my eyes, and she couldn’t wait to get to it.

I gave her the ability to text me, Chris, my mom and dad, and at her request, my friend Ashley – who is her best friend AJ’s mom.

She and I began texting first, and she didn’t mind at all paying the price of being my maid for the day in exchange for her new privileges. 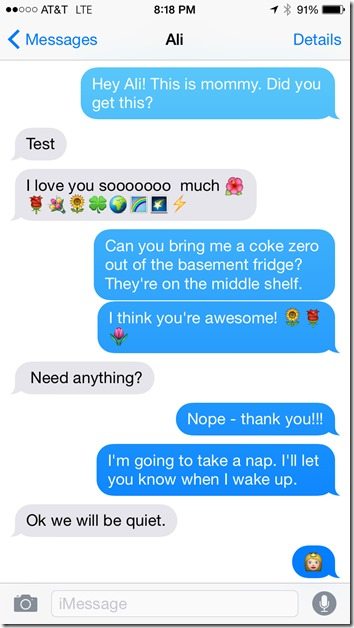 I was struck with how very adult-like her texts were – and how normal her spelling was, although I assumed the iPad was helping her with that. 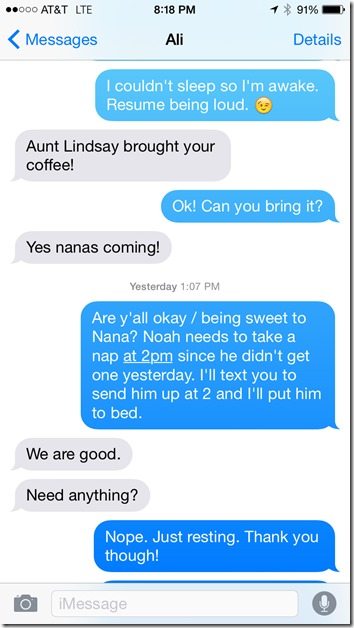 But a few hours later, my friend Ashley sent me the texts that had been going on between Ali and AJ. They were every bit as adorable as one would want texts between eight-year-olds to be. 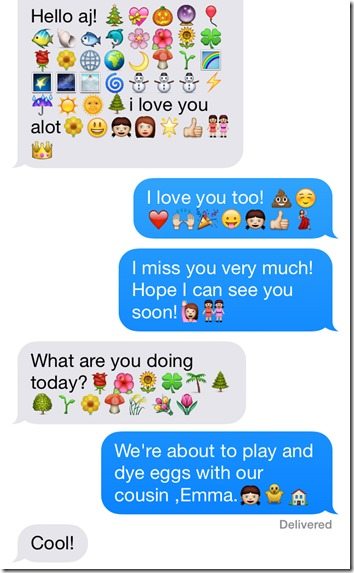 We are headed toward a hieroglyphic society, people. Parents only thought it was weird when kids quit talking on the phone and started exclusively texting. The next generation is quit using words and only use emoji.

Such as this intricate conversation that took place between Ali and her Father: 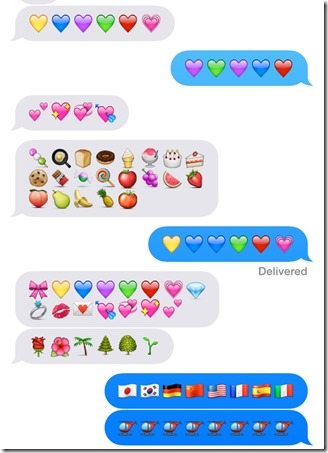 Ali and Noah ended up spending the night with my parents after I went to the hospital, and the informative and not-so-informative texts to Chris continued coming. 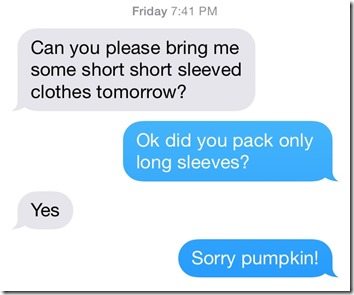 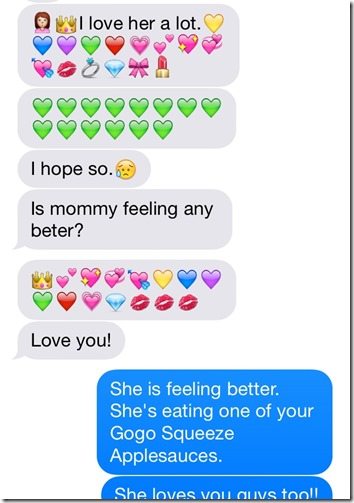 Ali even figured out how to text photos (yes, she was utilizing the dreaded art of iPad Photography) to let Chris see what exactly was going on at my parent’s house: 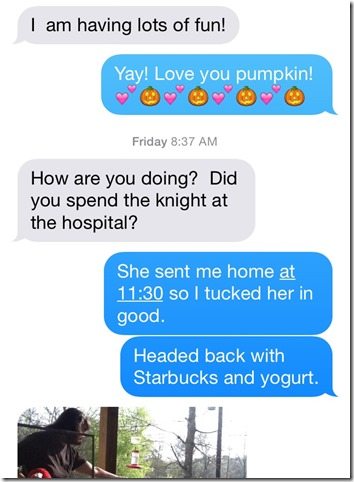 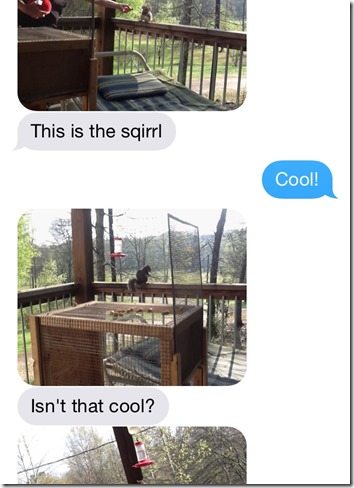 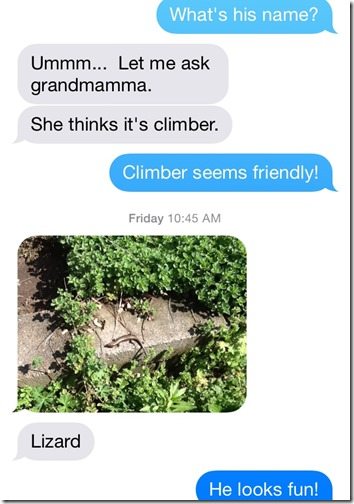 My Mom noticed Ali’s new obsession, and made sure to mention it to me… 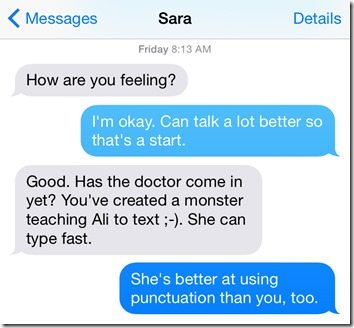 It’s true. My Mom is known for her depressed-sounding responses…

But my favorite text exchange happened when Ali found out that I was getting out of the hospital a day early. All of her feigned worry about my well-being was stripped away, and her true feelings became evident.

But she had forgotten that we had grand plans on Saturday. So Chris reminded her… 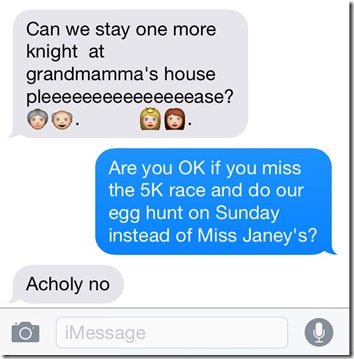 And that’s how I got my new answer to everything that I’m not okay with.

5 thoughts on “On Becoming a Texter.”