It was a bit of a last minute decision. Chris came home from work and was like, “Hey! Let’s go to the mall tonight and soak up some Christmas atmosphere. And see Santa if the line isn’t too long!”

So I did what any sane mother would do.

I hurriedly redressed my children, changing them out of their mismatched, stained, and non-Christmas colored clothing and put them in shades of Christmas.

Because that’s what you do when you go see Santa.

I never go all crazy and dress them in matching Christmas pajamas or a custom-smocked dress and john-john or anything. I just do my best to find the cleanest Christmas colored item of clothing they have. I don’t try to compete with all the other moms (that clearly plan the outfits six months in advance and have their visiting Santa clothes commissioned by a garment artist) – I just try to blend into the crowd, something I feel like we’ve achieved the last two years. 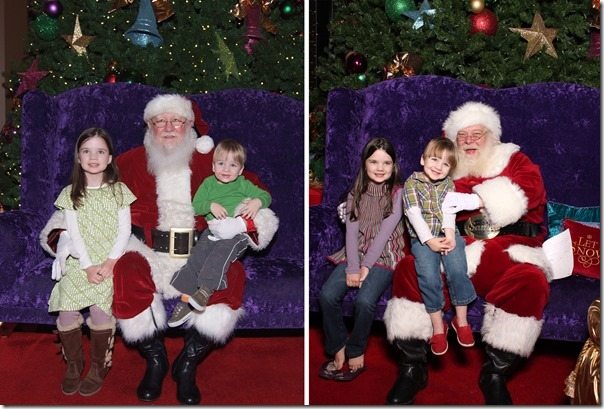 As we were walking out the door, Ali realized she had a hole in her pants, so she stuck on some pink-and-purple leggings that decisively didn’t match her dress.

As we got closer even to the door, Noah decided that he needed to accessorize, and added his sheep ears from his Christmas play the night before.

Then Ali needed a corresponding headpiece and grabbed her Princess Unikitty hat to complete her outfit.

Finally, everyone was satisfied with their looks and we departed for the mall – the “Little Mall”, as my kids call it – the boutique one strategically placed in and around the most wealthy zip codes in the state. Only because we knew the lines would be more manageable.

The line was short, but the children in it were perfectly outfitted in lace and smock and ruffles and feathers and coordinating tights, looking ready to model for an article in the Southern Belle Magazine Christmas Edition called How to Properly Dress Your Children for the Holidays. 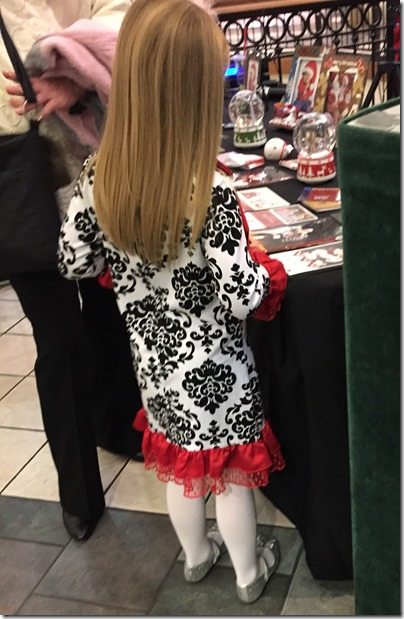 Except for my children, who felt that my only wish,

that they “blend in”,

was really quite out of the question. 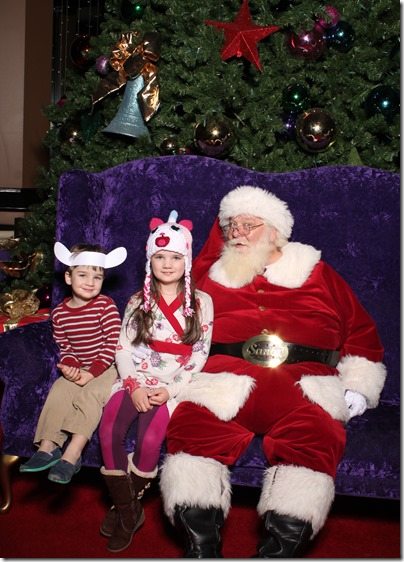 Yes – even Noah’s shoes were on the wrong feet.

That look on Santa’s face was not posed – I think, perhaps, that they were the most interesting creatures that he had seen all day.

They walked up and he couldn’t contain his emotions.

“Oh. Well what about your head?! Are you a Unicorn?” 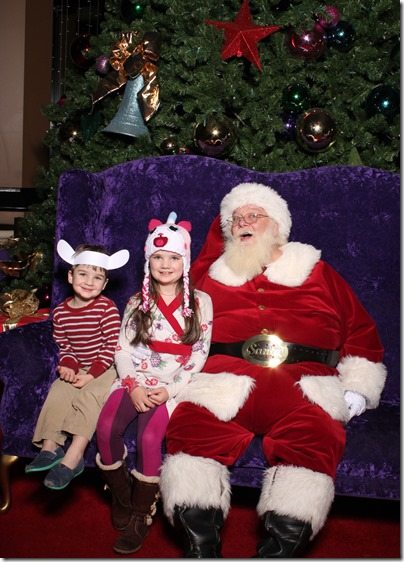 Meanwhile, the Veruca Salts that had gone before us that were now walking away with their parents were craning their necks to see these two oddities who had obviously been allowed to dress themselves.

Their parents tugged them onward, whispering hushed “don’t look at that”s as they walked.

My kids, despite their appearances, were not unprepared for the night’s events. They had lists ready to test Santa’s ability to decrypt seven-year-old handwriting and descriptions of toys that only a parent could understand. Noah sat, ready to judge harshly any Santa that couldn’t perform. 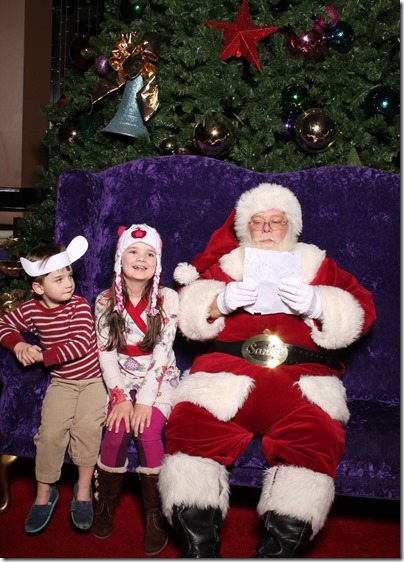 Noah forgot his list, making the conversation even more fun.

“And what do you want, Sheep Ears?”

I didn’t feel it necessary to take a moment and explain to him that a Cranky refers to anything with a crane or boom or lift because of Cranky the Crane in Thomas the Train.

He’s Santa. He can figure it out.

As they were finishing up their overviews with Santa, the photographer snapped one more picture.

I think she felt the need to fully capture the Cousin Eddie-esque presentation of my children. It was like it was her own personal game or something. And I certainly couldn’t blame her.

She pointed it out to me on the screen and said, “This is the one you need to keep to use as blackmail when she gets into high school.” 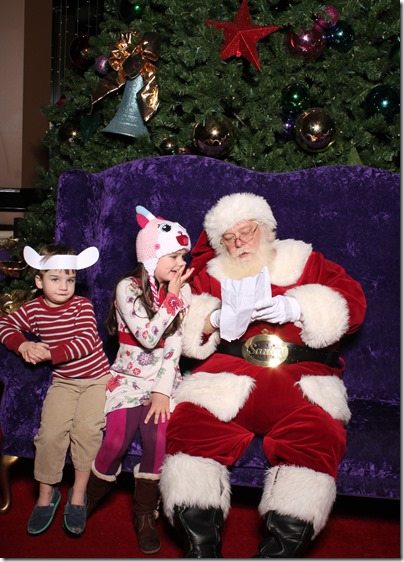 If you can’t pick your nose with Santa, then really, who can you?

21 thoughts on “How to Properly Dress Your Children for the Holidays.”