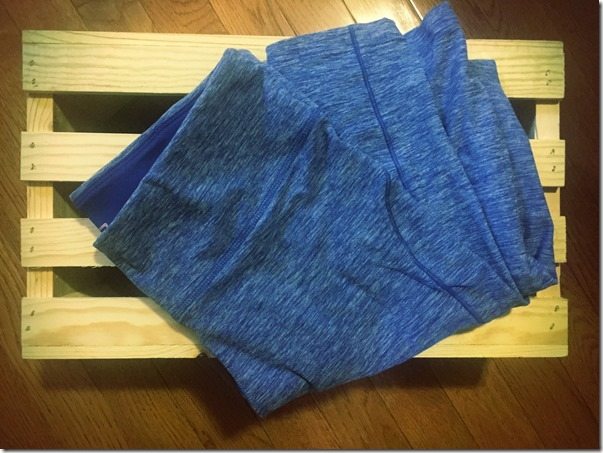 It’s a tough row to hoe, sharing one’s principles on the internet.

Because sometimes you end up changing those principles. And there’s nothing the internet loves more than hypocrisy.

For instance, the time that I made fun of Toms, then had to admit that it was all my son would wear – and worse, that I was starting to like them.

Since I wrote that, my son’s collection has only grown, Ali has a couple of pairs, and I now own four (four!) pairs of Toms myself, with one more on the way. 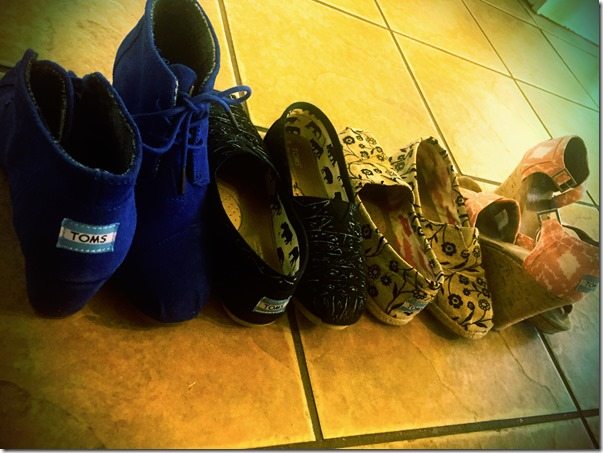 I know. Right? I should fire me.

But leggings not being pants is a principle I’ve long stood by. Crotches were meant to be covered by more than cotton/lycra stretch fabric – because extraordinarily unsightly things can happen when they’re not.

Then I began running this summer.

There was no problem at first because it was summer – I was running in shorts and a tank top, blissfully unaware at the wretched corner I was self-painting into.

I realized my error and began fretting as we entered September. It wasn’t time to make the decision yet, but I knew it was coming.

What would I wear for cold weather running?

This was a serious situation for me to grapple with. A perception-shattering dilemma. A potentially credibility-crushing decision.

I realize that running leggings are not at all the same thing as an Aztec-print legging that doesn’t line up in the crotch. But my town is brimming over with girls who wear workout leggings to hang out at Starbucks with full makeup and hair to accompany them, and I admit I’ve judged that, as well. It’s the “I want to look like I’ve been working out so I can get away with this outfit but I still want to look good while doing it” look.

At least I am aware of my stranger-judging problem. And that I am a terrible person.

So I began considering my options.

…There were loose running pants. This seemed fraught with issue. Knowing my level of grace I was sure to get my foot tangled in the cuff right as I was passing by a cliff and fall to my death.

No, I don’t want to die over my stand on pants.

…There were the skirt-over-leggings running pants.

I wore enough skorts in Junior High. No.

…I could wear shorts over my leggings. This was the most reasonable option, but it felt rather like a homeschooler trying to be overly modest at a 90’s track meet.

(I have reason to feel this way. We actually had to sew extra-wide ribbons on the ends of our already-long Umbros for our track meets. I feel it necessary to say that even the homeschool parents thought this practice was ridiculous – it was the private school sports association hosting the track meet that required such full coverage, along with the sleeved t-shirts.) 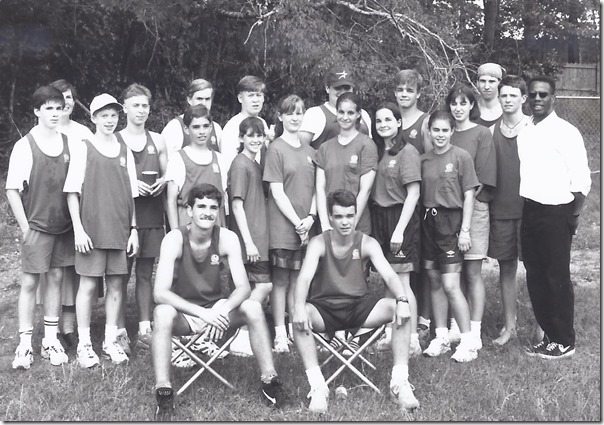 Umbros have never felt so violated.

(It should also be noted that there were no corresponding Rules of Decency for males at this track meet, as my brother’s Creeper Mustache more than adequately proves.)

Shorts-over-leggings was not a viable option for me.

And so my choices seemed to sift through my fingers, nothing left but grossly trespassing my principles.

And trespass I did.

I clenched my teeth, balled my hands up into determined fists, and bought four pairs of running leggings – one pair’s tag even used the phrase “Running Tights.”

And I wore them.

With a shirt not covering my butt. 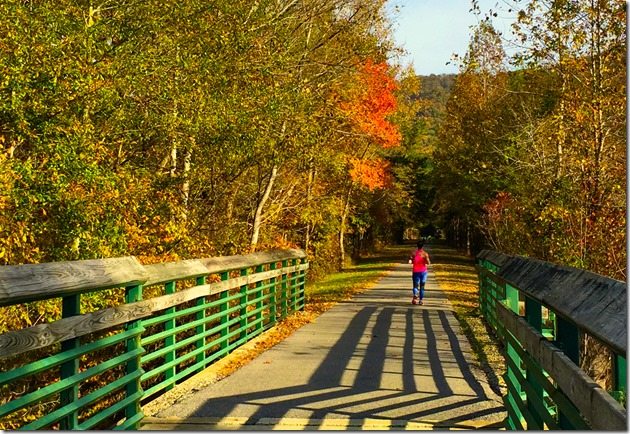 And when I finished running, I went to Target.

And I bought coffee.

And I even ate a meal out with my husband.

And I judged myself harshly.

Then one day, the universe gave me the opportunity to complete my full level of hypocrisy – I went running after being super dressed up for something else.

Chris demanded that I take a photo of my moment of breaking every principle I held dear (and looking downright ridiculous). 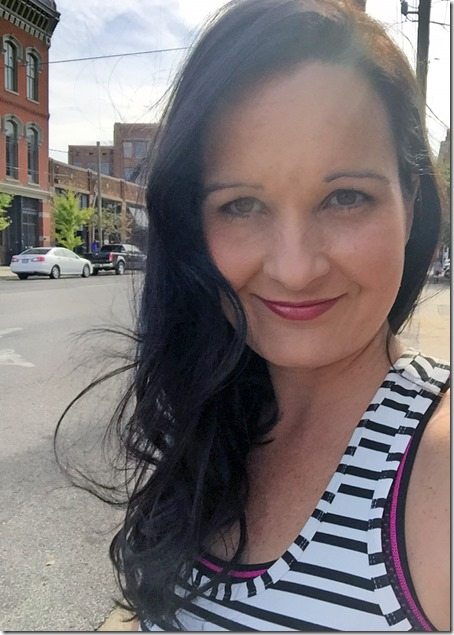 At least you can’t see my leggings as pants. Or the Frappuccino.

40 thoughts on “The Day I Started Wearing Leggings as Pants.”