Ali and I had downtown lunch plans, so after dropping Noah off at preschool, we decided that the big downtown Birmingham Public Library would be a great place to get a little of her schoolwork done.

I have fond memories of the vast expanse that is the downtown library, so I love taking my kids down there to be amazed at the sky-high ceilings, billions of books, and the same gruesomely chewed-up toddler shoe display that has been by the elevator since I was a kid.

(I think it’s to discourage having your shoes untied when going up the elevator? But that can’t be right because I specifically remember seeing a new pair added to the glass box this time, and they were Crocs. So maybe it’s just to give a reminder to be solemn when using the elevator.)

We rode the Killer Elevator up to the second floor to the Children’s Section, and as it was 10am on a Tuesday, we had the entire floor to ourselves, except for Norbert, with whom Ali quickly made friends. 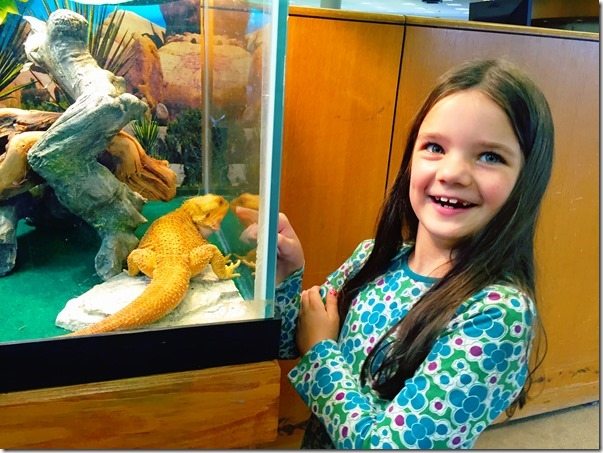 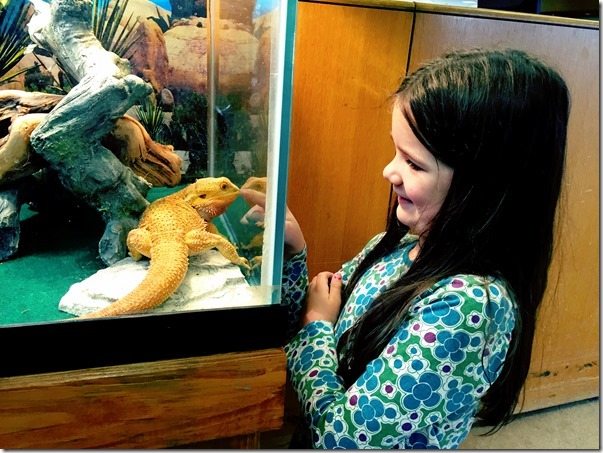 We were enjoying the solitude and attempting to focus on Math (but Norbert kept asking Ali to play). It’s hard to focus when you’re in second grade, even if there’s no one else around. But we did our best. 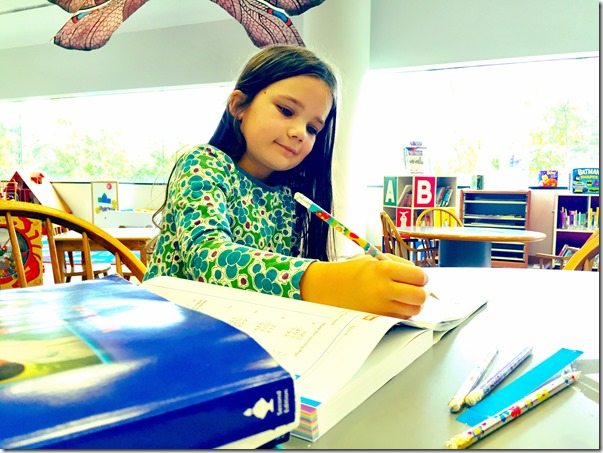 Another homeschool family topped the escalator – a mom and three kids. The entire floor of the library had been silent and empty, and there were chairs and tables available in every direction, including ones that we could neither see nor hear.

They came and sat at the table six inches from ours.

TWENTY OTHER TABLES AND SIX INCHES!!!

If there’s a Urinal Rule for men, then there should be a Library Rule for homeschool families. Leaving two empty tables in between is only humane.

They settled in and all three kids immediately started kicking the chair legs and table legs with inharmonious rhythms. Loud, echoing kicking. The Mom gave them their school books then disappeared for a few minutes of solace in the ladies room.

I had no idea how irritable of a person I was until this family entered my life.

The Mom returned, and I silently thanked my lucky library. Surely she would put an end to the kicking. Surely she would make them shut up and do their schoolwork. Surely she would realize how distracted my little student was and how we were here first and how my brain was about to explode. And then surely they would move to another table. Or maybe even another floor. Or perhaps another library.

She proceeded to orally give the children spelling tests.

And I proceeded to wish desperately that the Birmingham Public Library employed a librarian related to the one in Monsters University.

Call me a Nazi but chair-kicking is not allowed in my homeschool.

My pulse topped out at 968 and I finally had to call it. I told Ali we were done two subjects early and sent her off to find three dozen fairy books to check out while I found an empty aisle to practice breathing exercises and prevent stroke. Then we left poor Norbert on his own to be tortured by their kicking and gruesome misspellings.

And next time, we’ll take the table in the back corner behind the microfiche.