I’ve made many humiliating parental admissions on this blog.

You guys know that I only bathe my children twice a week.

You are aware that I never make their beds.

You have been apprised of my issues with Sippy Cups and Mold.

So you probably won’t be shocked that I’m not the best teeth-brushing mother, either.

(And although I’ve tried to be a flossing mother, it’s really a ridiculous undertaking since the gaps between their teeth are so large that it’s like rubbing a piece of yarn between two houses an acre apart and expecting to pick up some paint chips.)

But back to brushing.

Ali is responsible for her own teeth, and she does a decent job, although she must be reminded two times a day because heaven forbid a kid actually realize that they are responsible for the same things every single day.

I’ve been riding high on the fact that he’s gotten four good dentist reports, and have let this undeserved success fuel me in my lack of proper attention to his teeth.

(And I might also occasionally tell myself “Eh, they’re only baby teeth!”)

It’s just that he doesn’t appreciate my efforts and he’s a professional wiggler and whiner, so short of me buying a cast-off set of stocks from a medieval torture chamber estate sale or a second-hand straight jacket from a Mental Institution Going Out of Business Everything Must Go Sale, I’m not going to be able to force him to let me properly clean his teeth. 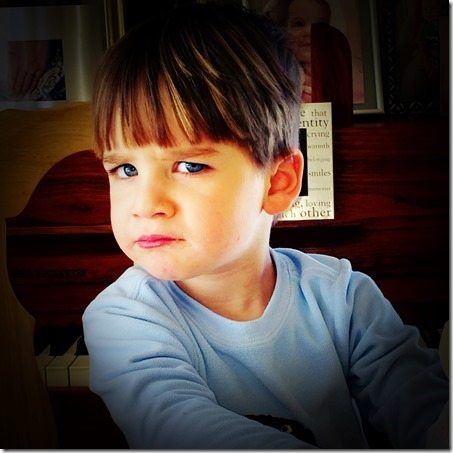 So I do my best at night before he starts screaming and thrashing (because I’m supposedly hurting him but just wait till he feels how comfortable a straight jacket is), and sometimes I don’t even try in the mornings.

If I’m feeling really lazy, I’ll just ask Ali to brush his teeth while they’re in there together, and I don’t check up on them so I don’t have to feel guilty about her seven-year-old sub-par cleansing of her brother’s mouth garden.

Because I’m the best sort of Mommy.

Last Thursday night was one of those times.

I had taken the kids out of town by myself (more on that adventure later), and by nightfall I was exhausted. We’d skipped nap, we’d had adventure and intrigue, we’d walked and shopped and explored, I’d never had a second of alone time to regroup, and they’d asked a combined total of 1,238 questions.

There was no hope of having the patience for a screaming teeth-brushing fest in my immediate future.

So I sent Ali and Noah to the tiny hotel bathroom and instructed Ali to brush her teeth, then Noah’s.

The difference, however, was that I could see the children from my reclining comatose position on my hotel bed.

And what I saw changed the world…forever.

I did not see a screaming, whining, thrashing toddler.

Nor did I see a seven-year-old make a cursory toothbrush swipe across her brother’s face to be able to say she obeyed me. 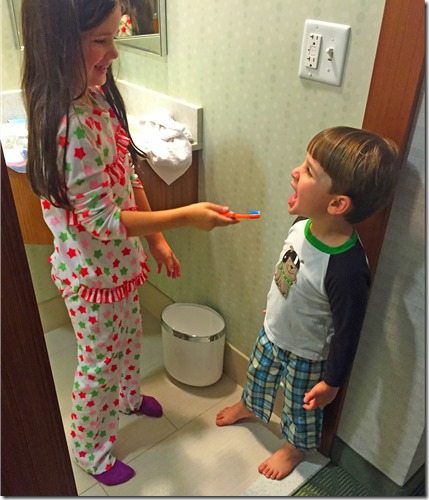 A toddler willingly opening his mouth for his sister.

When she told him to.

Wider than he has ever opened his mouth for me. 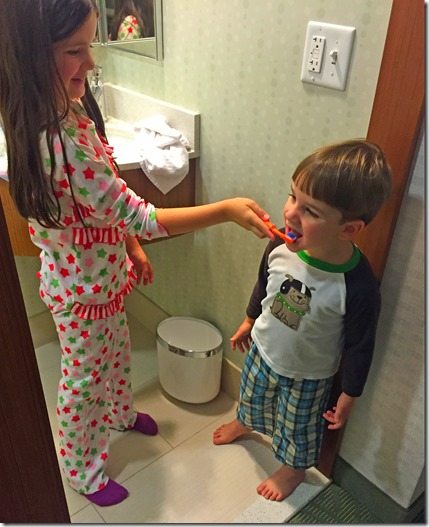 My son accepting a thorough brushing of his teeth – with a smile.

A SMILE!! And even a giggle or two. 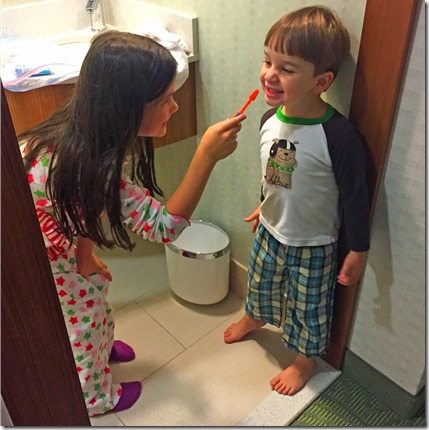 She said “Say eeee!” And he actually said eeee. 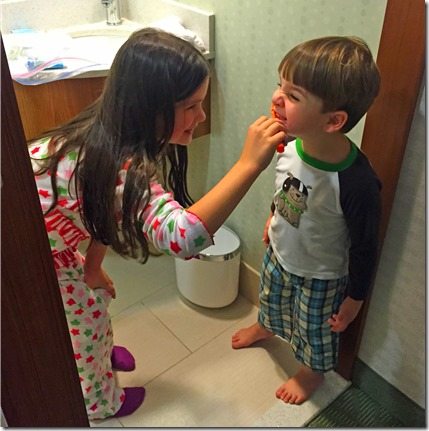 Every single night I tell that same kid to say eeee and he acts like he has no freaking idea what I’m talking about. Never, has he ever, put his teeth together and opened his lips to allow me to brush his teeth like a real human being!

I had chalked it up to him being three and not a bright firstborn and simply not understanding my commands. Now, I see that he is certainly bright. And extraordinarily talented at hiding his brightness.

And that his mouth can indeed open happily when a toothbrush is nearby. 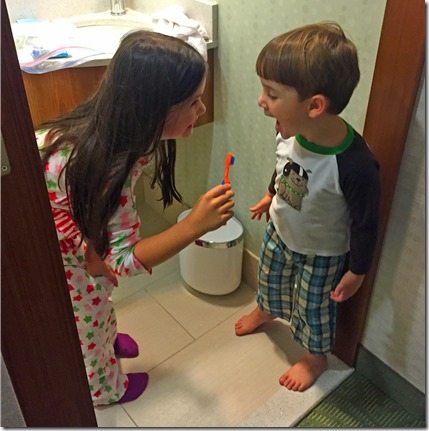 And that his Magical Sister will forevermore have the responsibility of brushing his teeth. 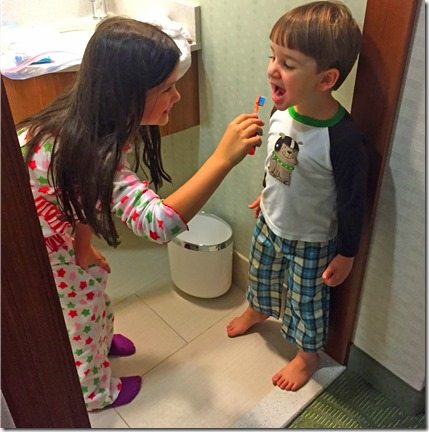