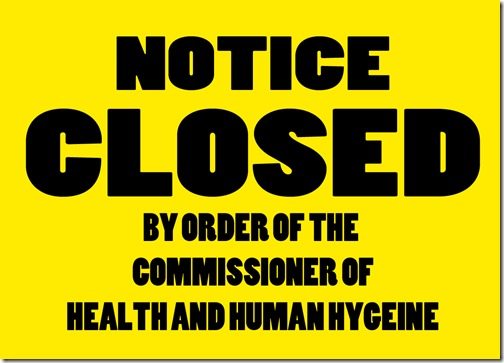 This blog has been temporarily suspended due to the author being in the middle of a near death experience.

Though not Ebola, the author accepted into her bloodstream a severe dose of Poison Sumac, an element that she is quite familiar with, as it plagued her already-awkward tween years with large, weeping mounds of burning, itching, raw meat where her skin once was.

In other words, Rachel has contracted a Flesh-Eating Bacteria.

Okay it’s not a bacteria but it might as well be. Because Sumac considers Rachel to be the greatest feast in the world. It is currently munching around her eyes and in her nose, ears, and other randomly chosen points of interest.

That could be a side effect of her complete lack of sleep and steroid/Benadryl haze.

To exacerbate her situation, her son decided to bless her at the beginning of the week with an all-night party hosted by DJ Croup, every project in her life converged into needing to be finished this week, she must finish creating several fantastic Halloween costumes for Trunk and Treat tomorrow night, and she has not yet recovered her house from the onslaught that is unpacking after a camping trip.

A camping trip that…you got it, brought her and Poison Sumac together again. Which means that unpacking all of those poison-ridden clothes may very well be the end of Rachel as we know her.

But she’ll have a pretty dang realistic Halloween costume. If you’re into flesh-eaten zombies.