The best thing we did in 2013 was get sod in our front yard.

Previously, our slightly sloped yard was nothing but dirt – with a few weeds, a bunch of gumballs (or pricklies, as we call them at our house), and plenty of tree roots. It was a shame, as most yards in our neighborhood are too sloped to be properly utilized. And then there was our yard – not a bad plot at all – yet a wasteland of uninhabitable negligence.

We’re not much for big investments or big renovation-like projects, but even we could see that something needed to be done. So we got our yard guys to quote it, were surprised that it wasn’t as much as we feared, and within a few weeks, actually had….a yard.

My kids actually began playing in the yard nearly daily, 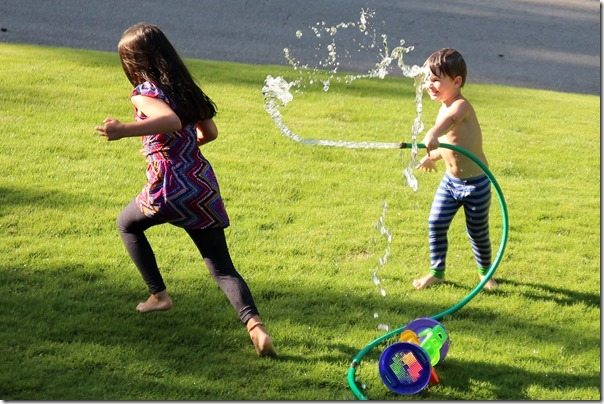 We accessorized our yard with nostalgic items such as Slip n’ Slides, 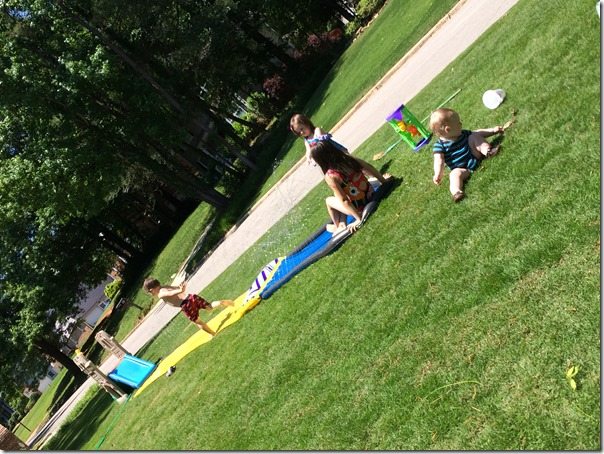 And it became so popular that odd traffic jams began occurring. 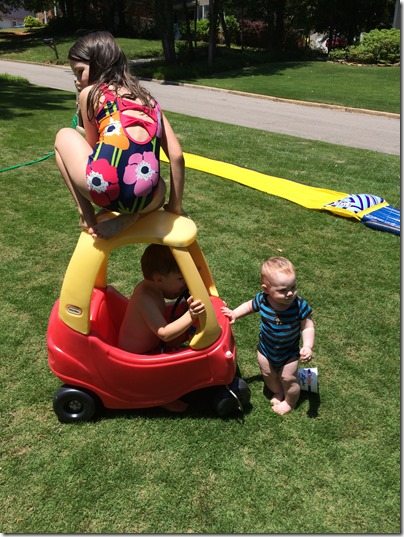 Our yard became a gathering place, where Ali basked in the privilege of hostessing/bossing/organizing neighborhood friends to properly enjoy her domain. 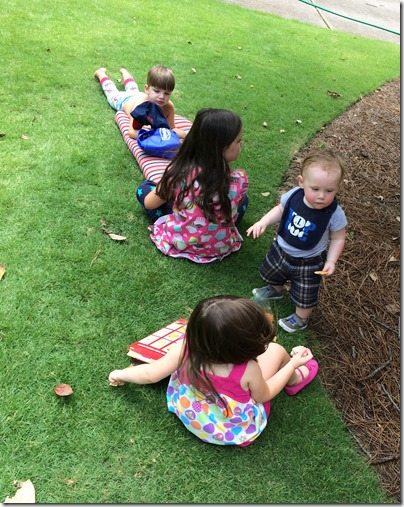 Although we have several neighbor families that we love to play with (one of which you heard about last week because apparently it’s Neighbor Month around here), our across-the-street neighbors became our most common guests, with playtimes and picnics occurring at least twice a week all Spring and Summer. 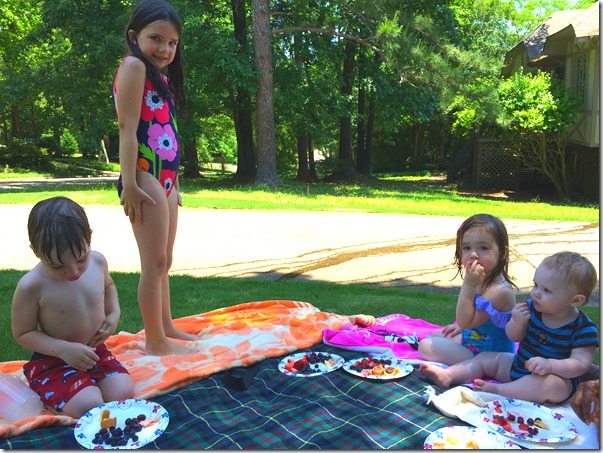 Lachlan would drive over, 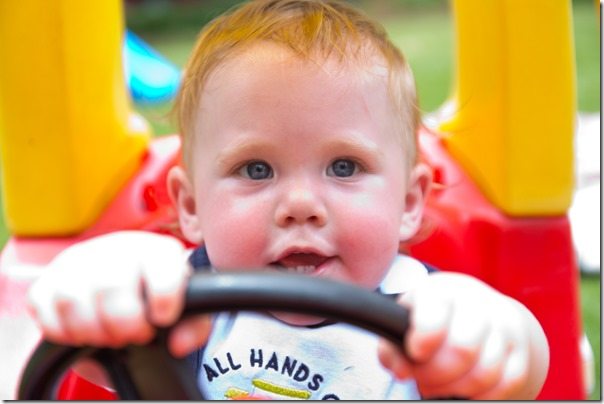 Bringing his older sister Olivia, who is a few months younger than Noah. 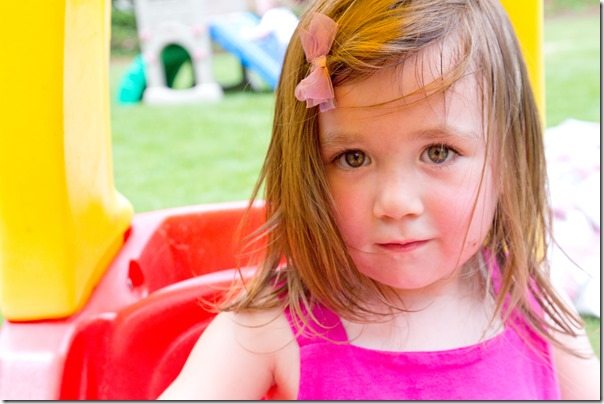 Ali and Olivia were tight from the beginning, as Olivia was more welcoming to Ali’s organizational bossing than Noah.

Olivia played the part of the adorable younger sister that Ali always wanted, 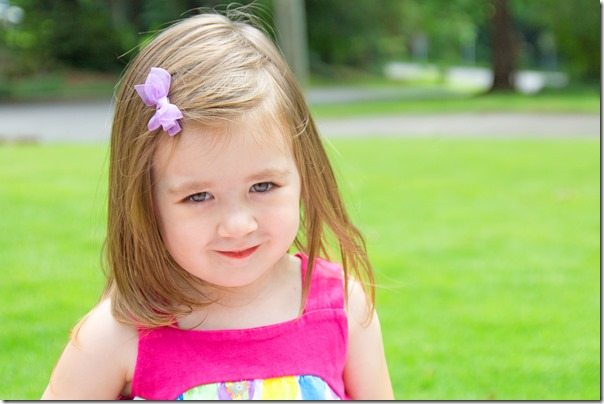 and Ali was a seven-year-old superhero to Olivia. 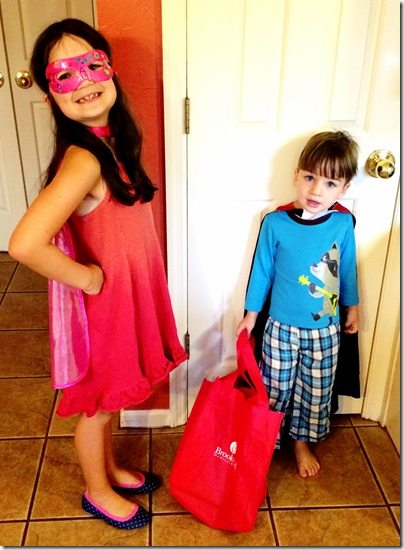 But then, as the summer wore on, Olivia began to notice the other superhero in the family. 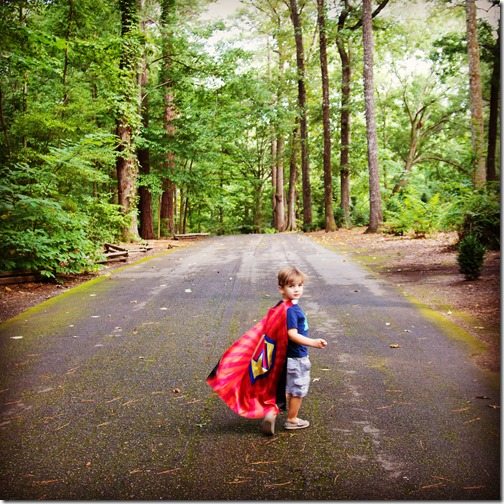 And a new friendship began to develop. 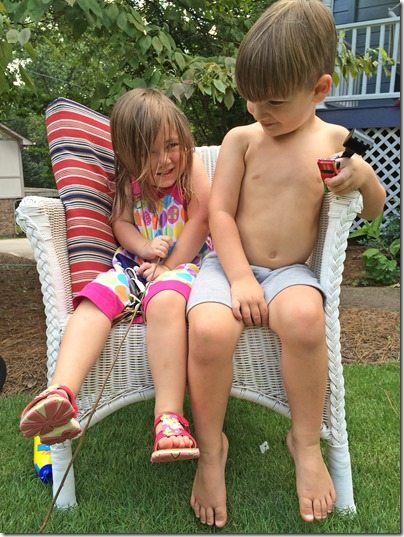 Noah had always been too busy avoiding the Realm of Girlishness to realize how fantastically awesome Olivia was, until all of a sudden, they were sneaking off for long conversations and impish giggles on the porch. 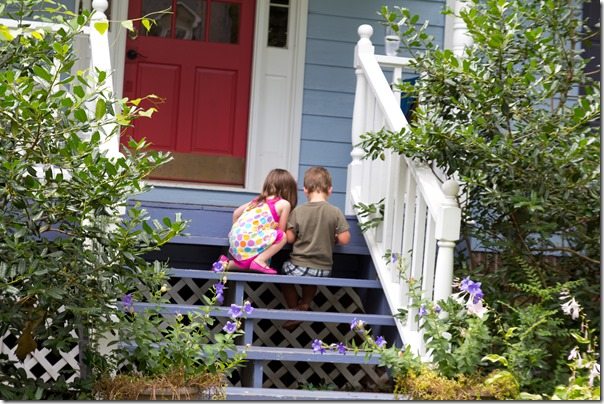 There might have been one occasion where Noah and Olivia snuck inside, upstairs, and into his toddler bed to “Play Nap.”

He wanted to show her his blankets, he explained.

She liked his noisemaker’s music, she explained.

Their appreciation for each other’s company grew, 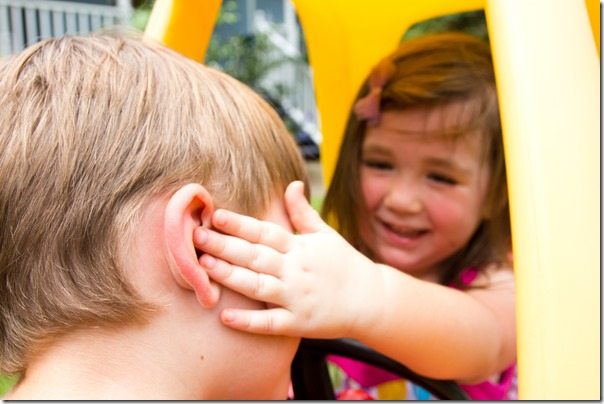 And Olivia had to start diplomatically splitting her time between Ali’s maniacally organized activities and Noah’s casual conversations. 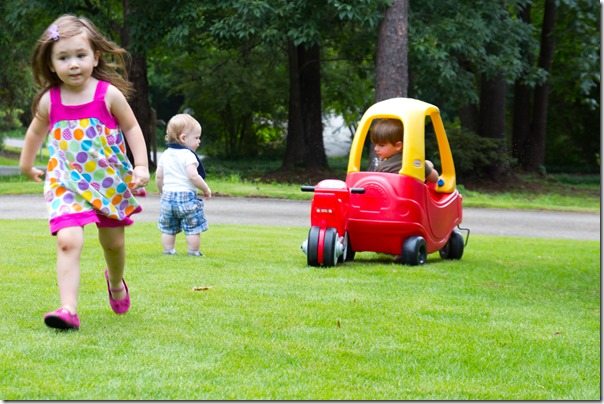 The pinnacle of the summer occurred on the occasion of Olivia turning three.

She had a birthday party with a water slide and bounce house, and, to cut down on toddler bashfulness, there were only two non-adult guests – Ali and Noah. 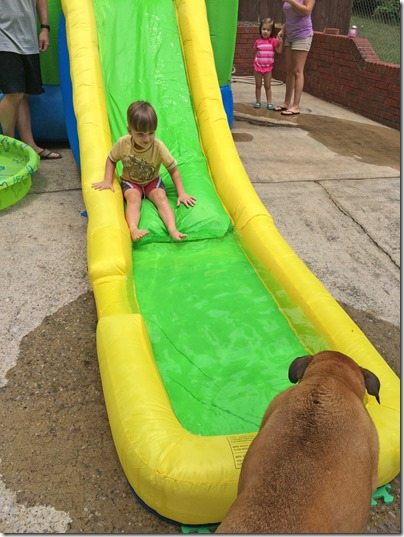 So basically the best thing that ever happened to my kids. 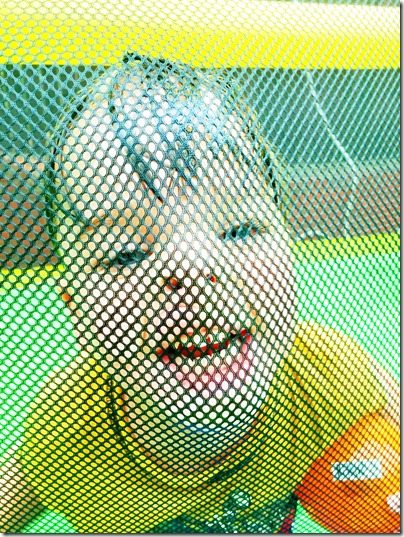 And Noah paid her back well, becoming The World’s Best Birthday Party Guest.

Then, when it was time for presents, he sat a respectful distance away from the gifting area, joyfully wearing his assigned Princess Party Hat, and made unpresumptuous recommendations as to which presents she should open next. 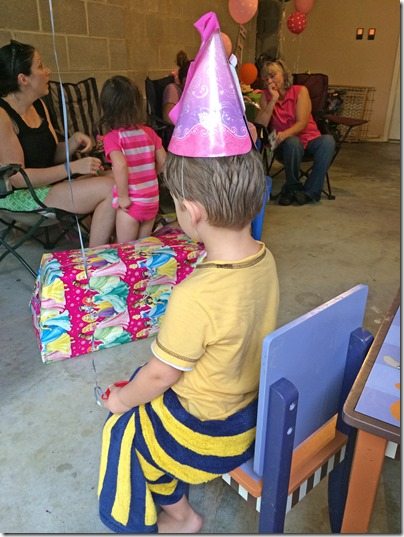 At each present opening, he awarded the crowd with a creepy way-too-loud-and-excited laugh, thereby fully demonstrating glee on Olivia’s behalf.

And even when he realized that she’d gotten a Barbie Motorhome and she wasn’t opening it quickly enough for his boyish needs, still he sat, dutifully holding his balloon. 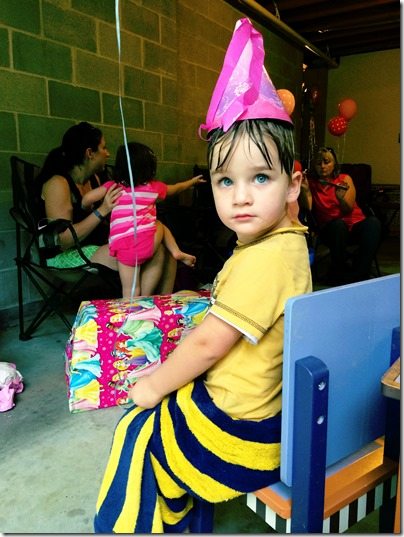 He inched closer as the motorhome was assembled, still being somewhat thoughtful of her Birthday Personal Space. 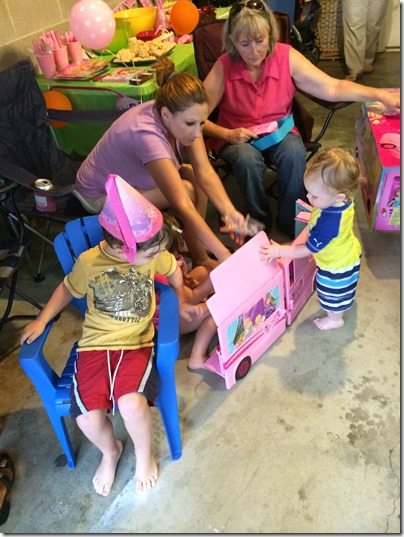 Until finally, he found his opportunity to participate. 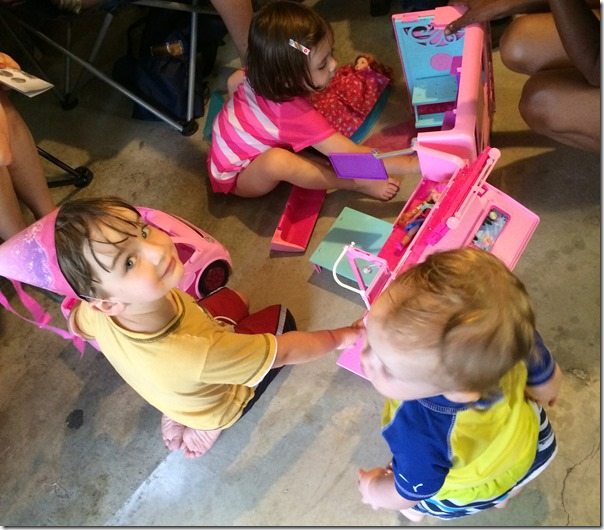 He might be a player, but he’s not afraid of some pink.

7 thoughts on “The Profit of a Yard.”