There’s something about Easter in The South that compels people to dress at least 2.25 tiers up from their usual Sunday attire, and also in an Easter-Basket variety of pastels.

This further tempts said southerners to record such events with photography and post them on Facebook, making news feeds everywhere below the Mason-Dixon look like Spring J.Crew catalogs.

Although I’ve shared my negative feelings (perhaps far too often) on smock, which is of course the prime rib choice of southern mothers for Easter-tiered dressing, I am not exempt from this disease and indeed have taken it a step further, always having our Easter family photo made in the exact same spot – on our porch swing. So if we ever wanted to see how our family has morphed over five years, well goshdarnit we can. 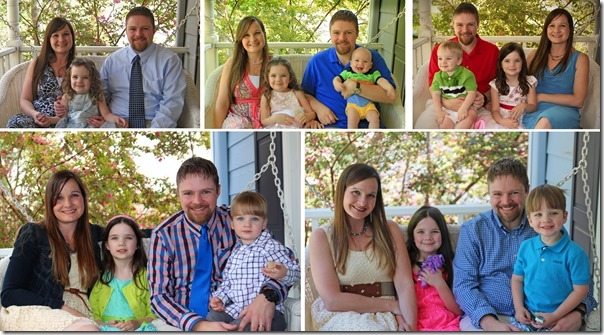 (And yes. I wore the same dress this year that I did last year. No, I do not deserve to be a southerner.) 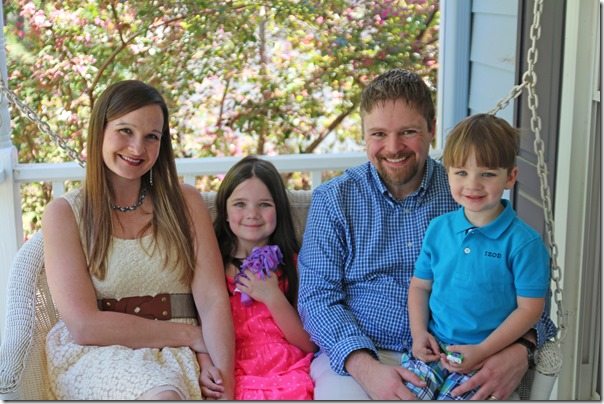 I also try to take a cousins picture every year in that same spot, only having been forced to attempt a different location last year. 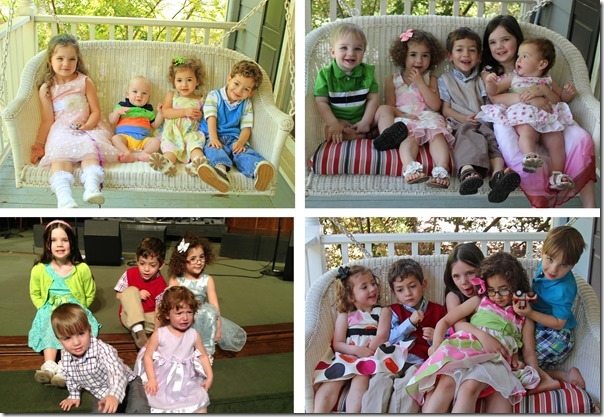 I could get caught up in lamenting how much our children have grown and further find myself desiring to add just one more tiny adorable baby to the mix, but the increasing levels of chaos in each year’s picture help remind me that…we’re good.

Other than those few still(ish) moments, Easter is all about movement. The Spring has sprung, the sun is shining, egg hunts abound, and Easter Basket Candy Fuel must be run off.

As such, I find the short-term time passages of time just as fascinating as the long-term ones.

For instance, a rapid-fire photography journey of waiting, then running out the door for an Easter Egg Hunt…In youngest-to-oldest age order. 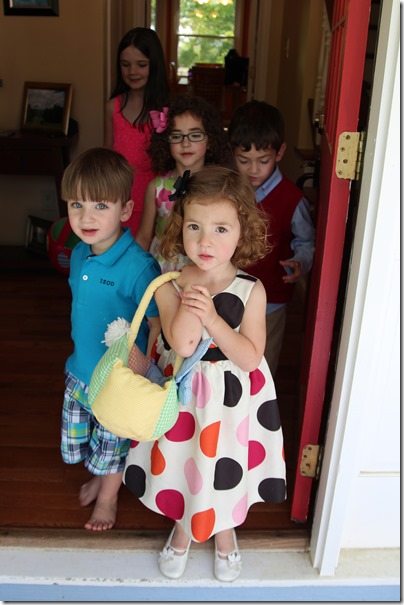 The correct order should be Andi, Noah, Tessa, Eli, Ali. But before the green light was given, the order had already shifted to Andi, Noah, Eli, Tessa, Ali. Watch the next two seconds as Ali, bound by oldest child characteristics, desperately attempts to maintain line propriety even though any chance of that was already lost with Eli and his blazingly fast airplane basket. 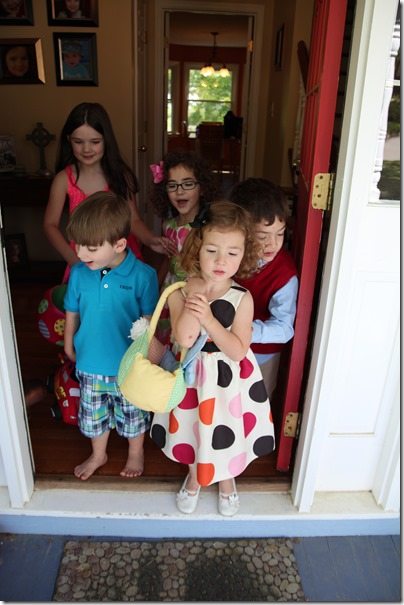 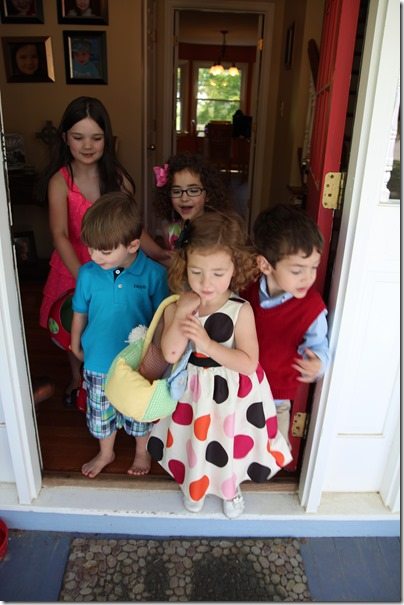 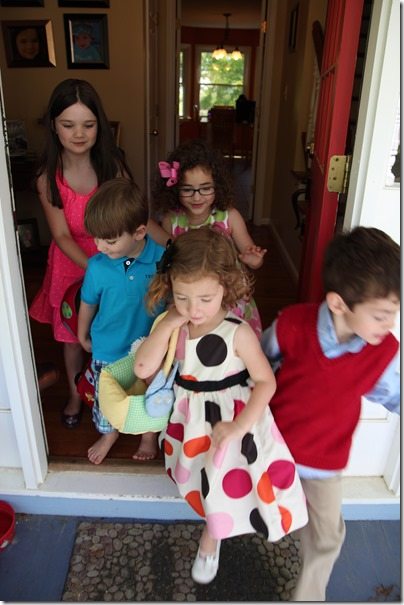 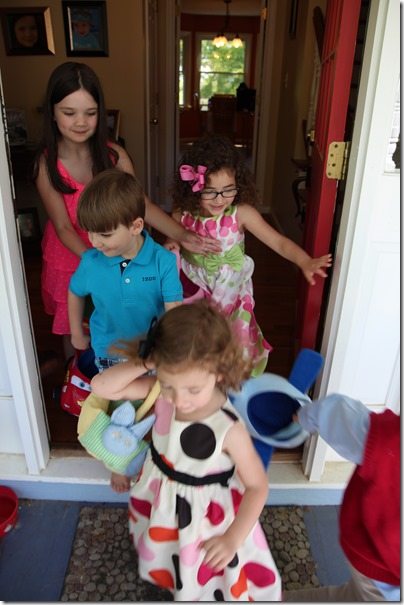 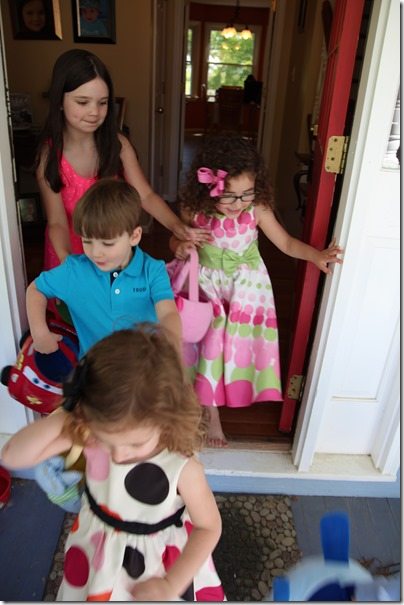 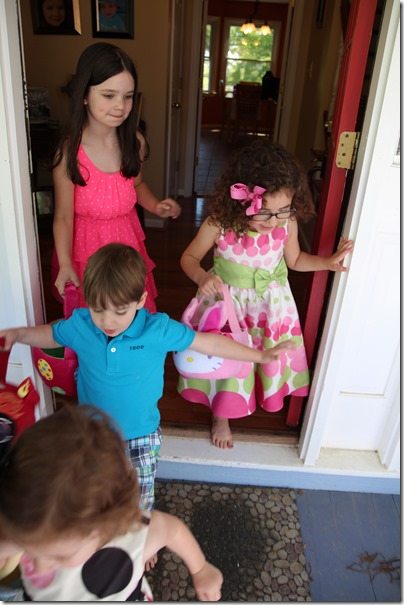 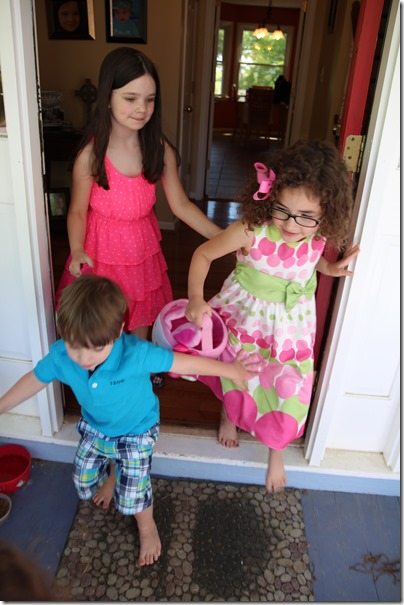 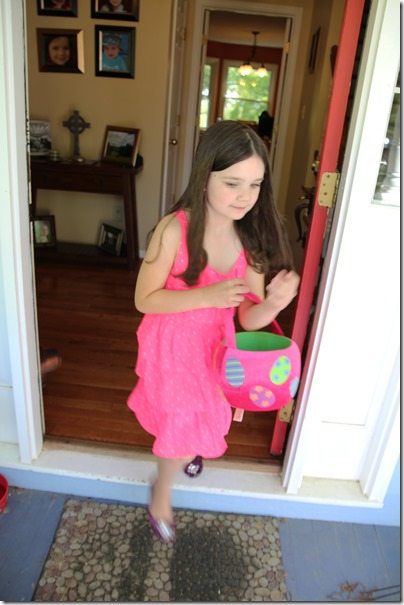 But once she was set free from her shackles of self-imposed responsibility, she caught up with determined frenzy. 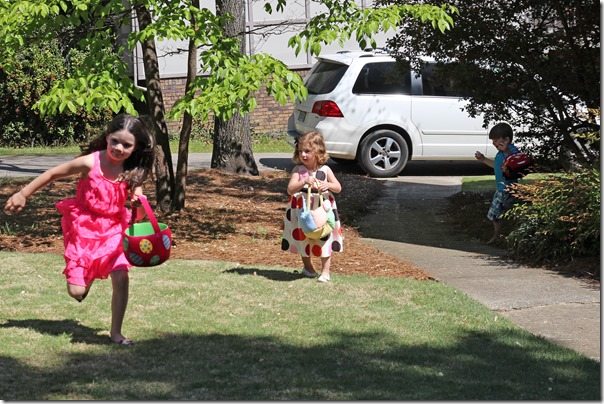 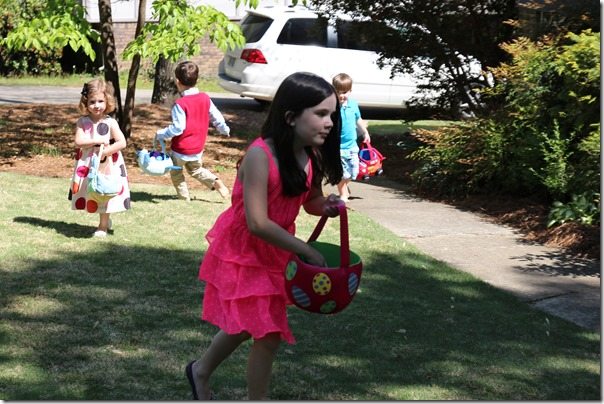 Another experiment in time lapse photography was when I told my children to stand RIGHT next to each other and smile so I could get their picture…and maybe even put their arms around each other. 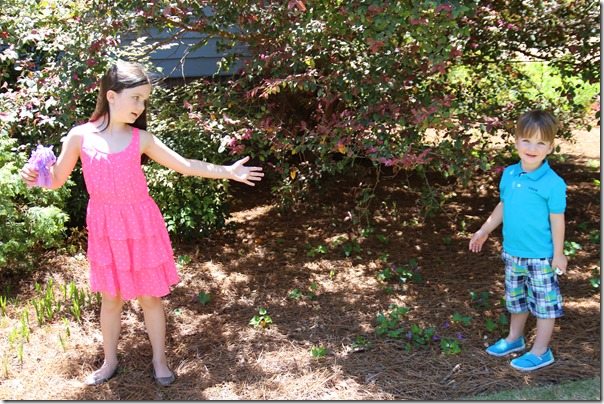 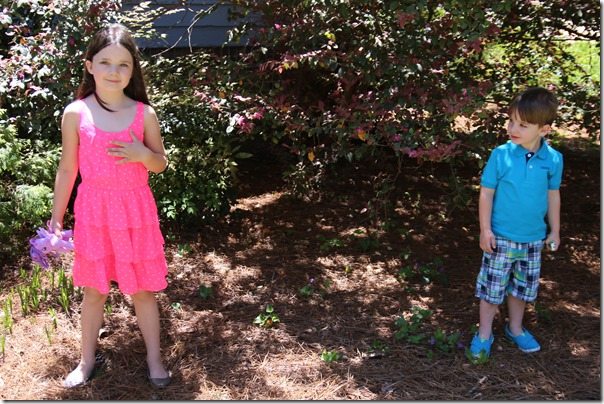 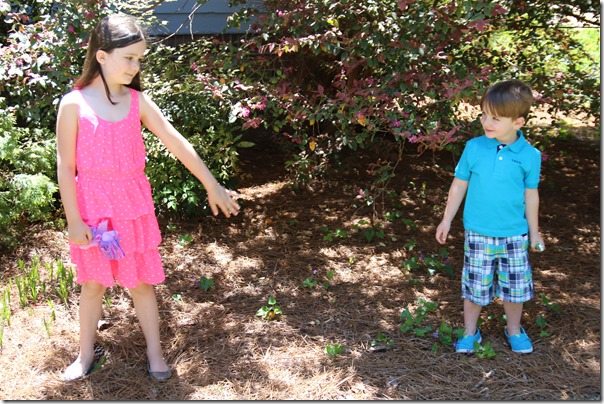 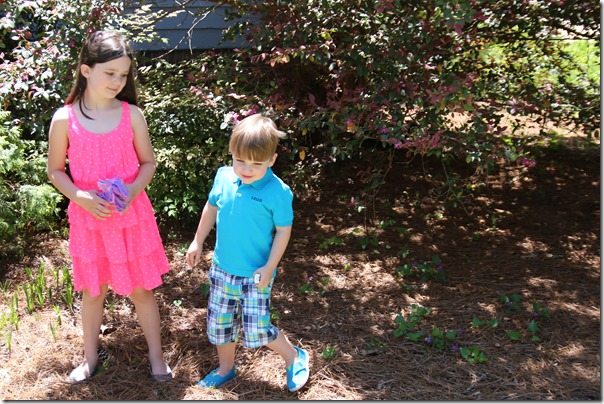 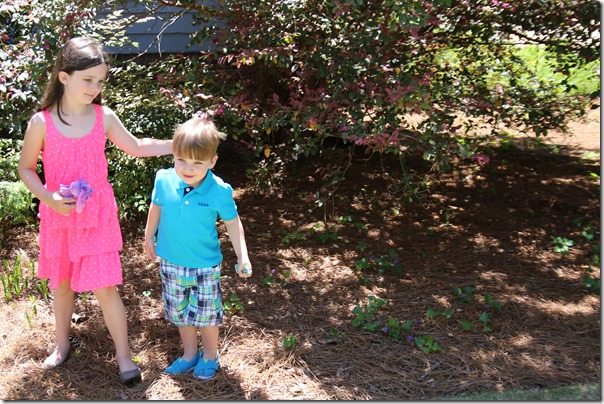 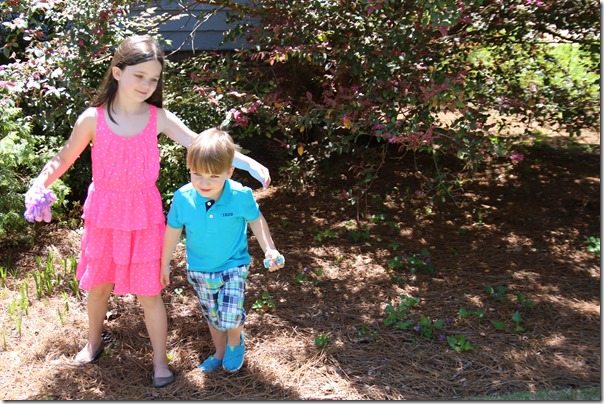 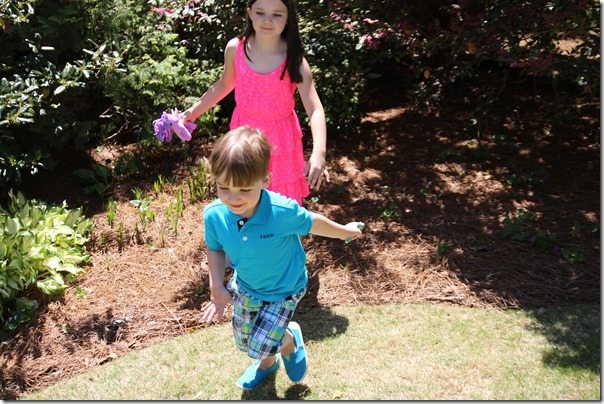 I knew that wasn’t going to happen. Ali, however, always seems to be holding out hope that maybe this time Noah will follow her strict moral tenets of behavior.

And of course, the cousins photography attempt is always a time lapse goldmine. Not less than one nor more than four children shall ever look composed at once. Ever. 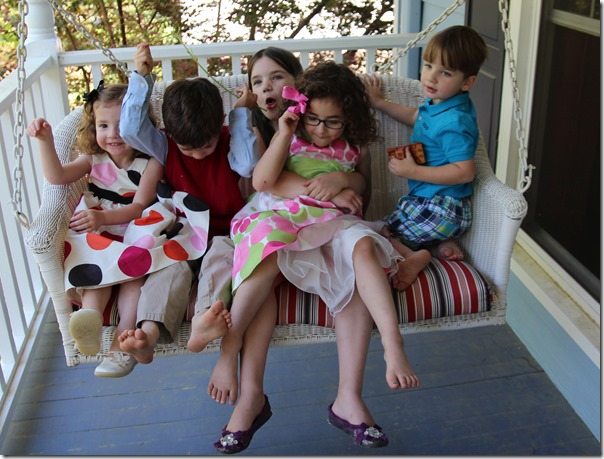 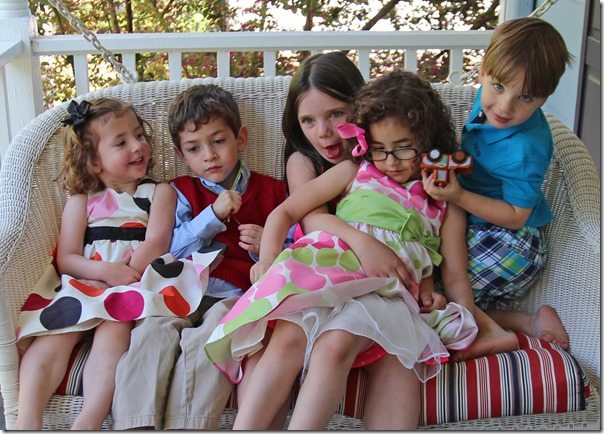 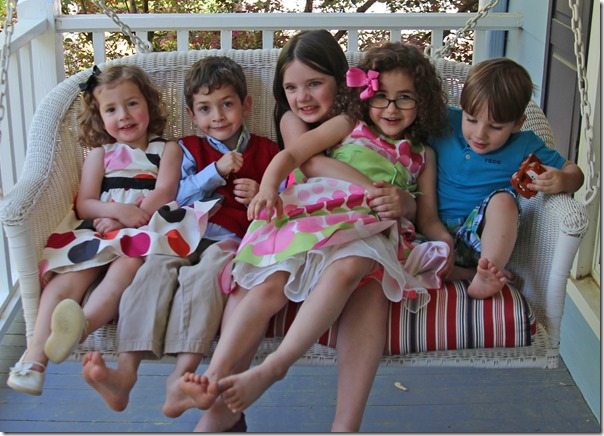 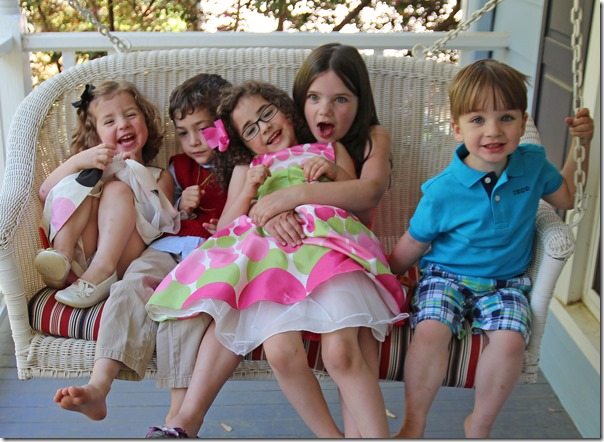 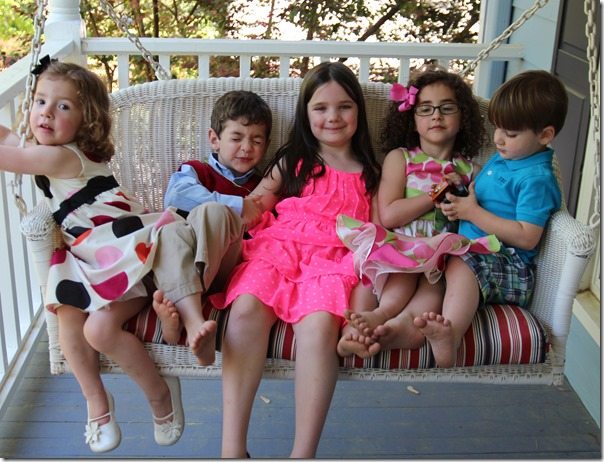 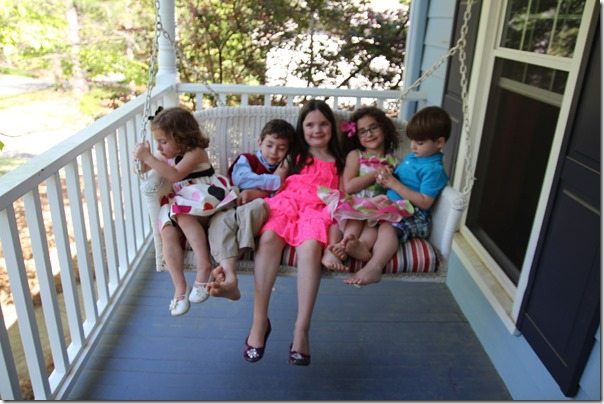 If I just need a picture to go right for a change, 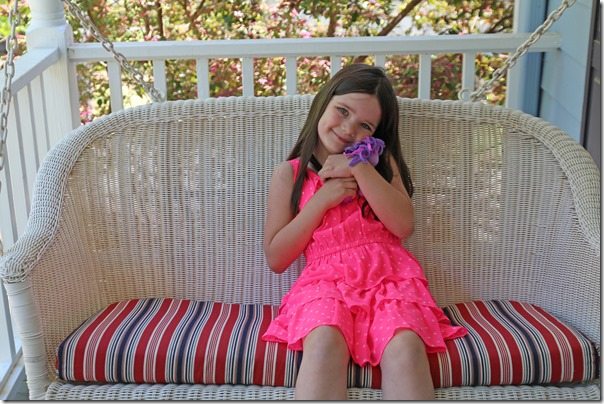 …Even if they do spend an inordinate amount of time worrying about all the terrible possibilities that can come to pass due to people shorter than them. 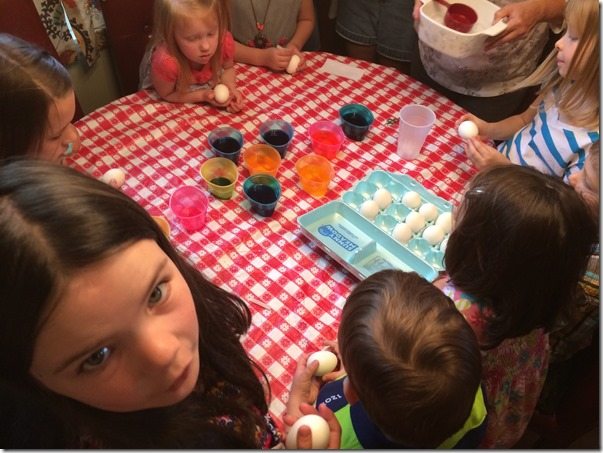 6 thoughts on “The Passage of Time, As Measured By Easter.”