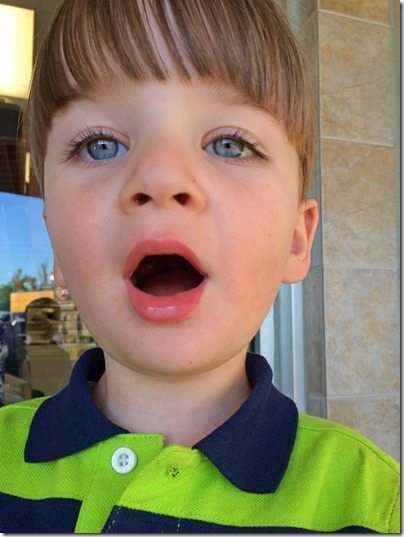 Every time we bathe, dear child, I will wash and rinse your hair. This is not some sort of water torture I have forged break your will and make you scream. There is no reason to fight me on leaning your head back – I am trying to save your sensitive little eyes from soap. And every time you insist on swinging your head back up? Yup. You will get soapy eyes. Here’s an idea: try it my way. See how you like it.

(Which, by the way, I did have the realization that how I feel about Let it Go must be exactly how my parents felt about me singing Ariel’s solo all day every day for the entire year of 1990 and half of 1991. ah-ah-ah…..ah-ah-AH!!…ah-ah-ah-ah-ah-ah-ah-ah…..ah-AH-AHHHHH!!! Those were some good lyrics.)

If you pull on your toys long enough, they will break. If you repeat the same force over again, they will break again. Mourning at each break could be avoided – logic would suggest to quit doing the action that produces the undesirable outcome. You might want to try to acquire some of that logic stuff.

Do Not Bang is a universal command and it applies to all hard objects that fit in your hand. NONE of them are acceptable banging devices. Especially in the car. And trying to tug on our musical heartstrings by saying “But I was just playing an instrument!” is distasteful.

When I say “smile and say cheese” I MEAN “smile and say cheese.” I do NOT mean “Run away screaming “NOOOO!” while covering your face.” When you’re twenty-five and decide to complain that you have fewer childhood pictures than your older sister, I might explode and cut off your middle toe.

Sleep. Sleep is a GOOD thing. Without sleep you are a holy terror the size of Paris Hilton when they run out of vintage Louis Vuitton trunks. Sleep is precious. Sleep is lovely. Sleep should be sought and celebrated and anticipated. Daily disappointment over this blessing from The Lord Above should cease immediately.

When I say “Do not (insert whatever here)”, if you immediately do noted action, you will face punishment. Bewilderment at your circumstances is highly unmerited and will be ignored by the high courts of parental oversight.

Oh, really? The rocks in the driveway hurt your feet? And this shocks you? You poor thing. If you’d not taken your shoes off every single time I put them on, maybe your still-in-tact toes would be more cozy. Shoes – they’re not the inhumane devices of torment that you think they are.

At some point, the television must be turned off. It will come on again at another point in the most likely near future. Anguish and gnashing of teeth every time it goes off as if I’ve ruined your life by depriving you of all its joys is highly unnecessary.

And all of the above is why God made you the most adorable creature that ever lived. 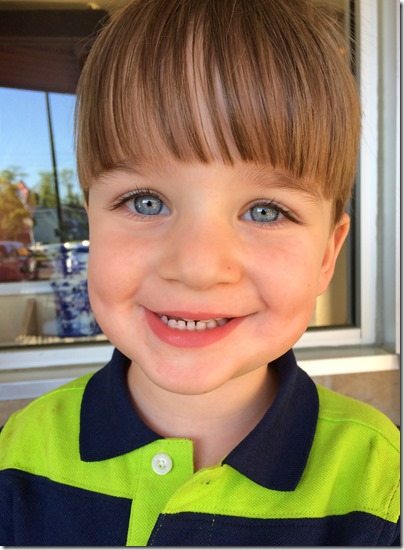 Because He believes in balance.

10 thoughts on “Things that Blow My Toddler’s Mind.”