Once upon a time, the act of randomly tweeting a screenshot of my iPhone front screen birthed a flurry of 76 aghast tweets and not one, but two blog posts by my very particular friend Katherine.

I had no idea I was so vastly unacceptable in my organizational decisions, but alas. Now I do.

1. I will never, ever, ever use the horizontal keyboard. It’s the most awkward and unusable size in the history of virtual keyboards. 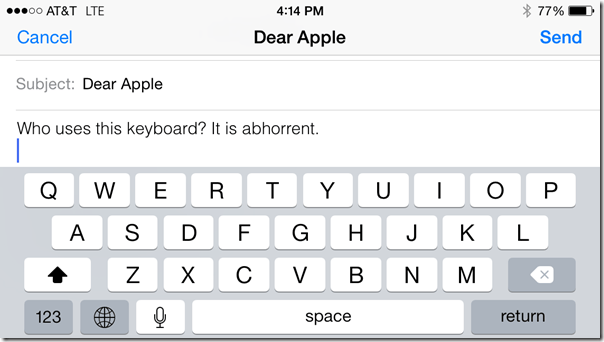 Okay surely you ALL agree with me on that one. Right?

2. I don’t use an alarm most days, but I have 19 alarms that are off, because I never delete an alarm, even if I’ll never wake up at 6am ever again. Plus, I would rather have an alarm ready to be swiped at every fifteen minute interval than be forced to create a brand new alarm when I do need one. I’m pretty sure the effort of scrolling through that many alarms is the same as creating a new one, but this is inconsequential. 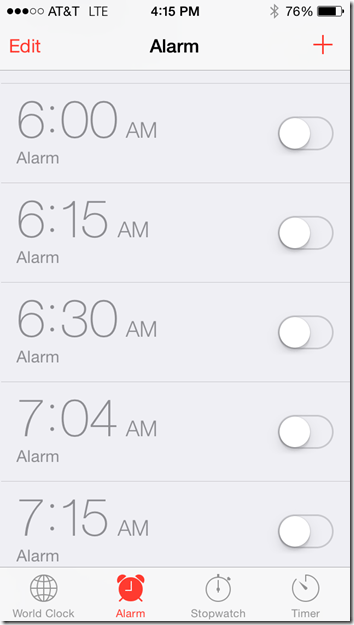 How many alarms do you have?

3. I am a terrible organizer of both my iPhone and iPad. It’s like Noah threw all my apps on the floor, kicked the pile a couple times, lost half of them under the couch, then put the other half back.There are many apps that I have to use the search bar to find every time because I have NO IDEA where they’re hanging out. 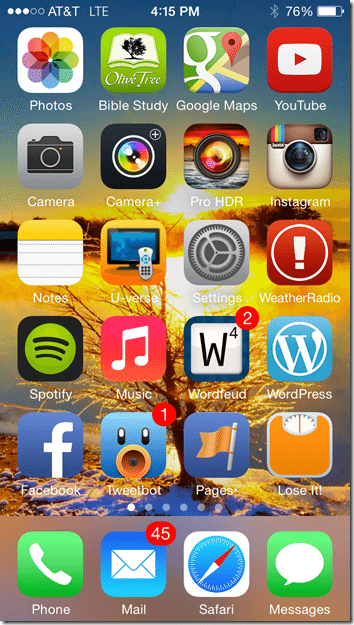 4. I would rather have endless pages than use folders. I only put things in folders that I rarely use or that I am trying to hide from myself. Such as…

5. On the second screen of the seventh folder on the fourth page of my iPhone is where you can find my blog stats app. The folder is called “Kid’s Games” and it’s surrounded by apps my children don’t use. I put it there to make it difficult to find and therefore limit my obsessive stats checking. 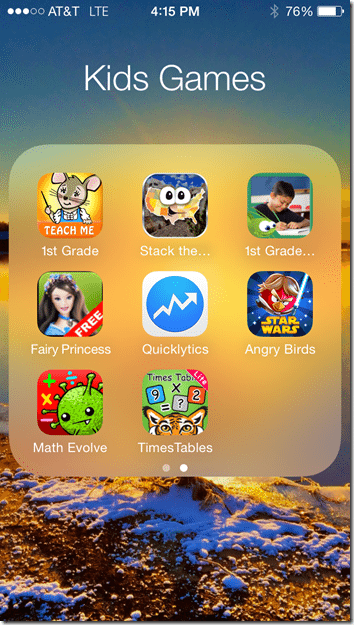 6. You might have figured this out by now but I am an app hoarder – it takes a life-changing event to convince me to delete an app. Such as…

7. I have always unequivocally refused to get Candy Crush – it’s a cornerstone principle of my life. I know it’s addictive, I know they try to convince you to spend money or ruthlessly harass your friends on Facebook to be able to play the game, and I shall have no part in such deviant behavior.

I TOTALLY allowed myself to download what was basically a Candy Crush clone – Frozen Free Fall – before I’d even seen the movie. Apparently I was craving addiction. 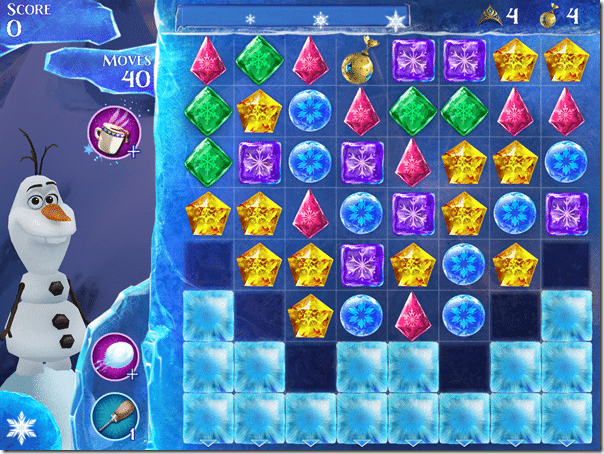 And yes, Ali and I both fell to its crushing grip on our souls. And yes, they did attempt to coerce us into spending money (I might have spent $3.97.) And yes, I even put this app on my Grandmother’s iPad to spread the disease.

And yes. I finally deleted it off of my phone because it was seriously cutting into my life – or at least my Twitter reading time.

8. I actually use the native notes app. I’m sure there are at least 1,927 apps that are better for note-taking than that stupid, unpleasingly designed app, but yet I still use it. I’m open to suggestions but I doubt I’ll take them. 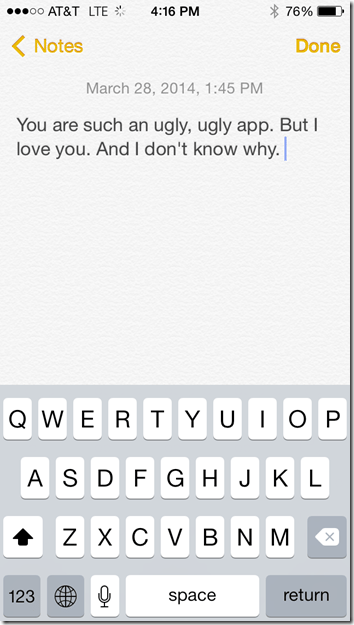 9. I use the Spotify app for my radio nearly every time I’m in the car, and I pay $10 a month so that I can listen to anything I want on demand. I adore the immediate gratification yet am intensely aware that I am now, in effect, leasing music. And if I ever quit paying them, I have zero musical principal to show for it.

This makes me feel financially irresponsible.

10. The best thing I ever did on my iPhone was go to Settings –> Notifications –> Messages and change “Repeat Alerts” from “Once” to “Never.” That act alone added five years onto the backside of my life, because the lack of anxiety about that second message ding is indescribable bliss.

And I will NEVER be friends with whatever Donkeyface uses that last option.

(Oh. Did I just call you a Donkeyface? My apologies.)

11. I have never knowingly created a photo album. And I don’t exactly know what I’d do with one if I did. 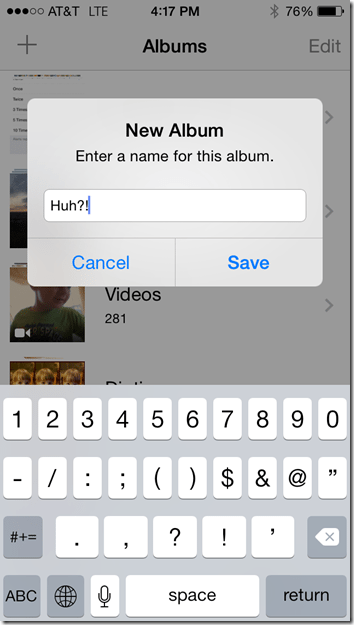 What quirks do we share? Which of my quirks made you twitch? And what quirks do you have that I didn’t mention?