Ali has a sharing problem.

Her problem is unlike her brother’s sharing problem, which prompted him to sit atop four Hot Wheels like an overprotective mother bird on a nest of eggs for an hour because the little girl across the street was visiting and there was a slight possibility of her having interest in said cars.

No, Ali’s sharing problem is quite the opposite.

Her problem is unlike my oversharing problem, where I tell you things you had no desire to know. Ever. In your entire life.

No. Her oversharing problem is unique.

They have an economy in Kid’s Church. It includes a currency and a store full of delightful treats. Scooters are the main bill – each Scooter is worth one…Scooter. There are other bills that are worth more than one Scooter, but I’ve only seen those on rare occasions and am uncertain as to the terminology surrounding said treasures.

Scooter, the namesake of the bills, is according to Ali, a real talking creature of unknown genome.

“He’s kinda like a dog…but not a dog. I guess he’s like a monster, but he’s nicer. But he’s definitely not a puppet.”

Ali is Scooter Rich, despite the fact that she’s sharing, readily and often, with many of her friends and random stranger kids that wander into Kid’s Church. Which sounds great and awesome and generous and kind-hearted. But it has created some uncomfortable situations.

Like that Sunday she bribed her favorite male friend with Scooters to convince him to listen to her dream about him.

“But Mommy, last time I dreamed about him, he didn’t want to hear it!”

When said friend was asked by his mother in a rather startled voice, “What did you say when Ali offered to pay you to converse with her?”, he answered, “I said, ‘well, Now you’re talkin’!!’”

Needless to say, we and his parents had several reasons to feel alarm with regards to this new development.

And then there was my other friend, who discovered that her daughter was strung out on a regular stipend from Ali. She had legitimate concerns that Ali was fostering a sense of entitlement into her previously economically innocent seven-year-old.

Generosity. A confusing issue indeed. Made even more perplexing by rumors that Scooter-Sharing might possibly be illegal.

So I emailed Ali’s Children’s Pastor to dig for wisdom.

I need to discuss a matter with you that has come to my attention, and hopefully receive in return your deep and grand insight into the issue at hand.

(The latter may be my genetic fault, as I was also uncannily talented at saving funds as a child, never sure how it came to be that I had such grand fortunes compared to my destitute and begging brother.)

Such as the time that Ali paid {unnamed male} to listen to her dream about him. Which he readily accepted, though on prior occasions when Ali had dreamed about him he had flatly refused to hear the details of said dreams. Needless to say, {unnamed male’s} parents weren’t too keen on the idea of their son accepting a cash-equivalent bribe in exchange for being willing to converse with another human being.

And today, when {unnamed parent} found out that {unnamed female} might have been getting weekly Scooters from Ali for quite some time, leading her to worry that her own daughter now has a future of Government Handouts and Welfare Babies.

So, I would like to find out from the Horse’s Mouth (you being the Horse in this scenario – my apologies) – is Scooter Sharing unlawful? Because my daughter is a rule-follower to the core, and will be devastated to learn that she has been actively and repeatedly participating in serial rule-breaking. However, if it is, I will surely tell her as it might possibly be her loophole out of a life of awkward generosity.

If, however, it is not unlawful and you have no offense toward my daughter for her hyper-generosity, do you have any discerning words for me as I parent Ali through the minefield of a giver’s heart? I want to encourage generosity (which is the only thing I have done thus far), but without her using it as bribery or a plea for affection, and therefore becoming a character-depraving issue for Ali or her Scooter Recipients.

I eagerly await your Pastoral Wisdom.

It took him a couple of days to get back to me, clearly because the issue required a thought level deep in nature.

I have come off the mountain and have a few things to say.

1. I have never uttered a “No Share” policy as it relates to Scooters. To be honest I had no idea this was happening so the thought of telling kids not to share hadn’t crossed my mind. Scooters seem to be a commodity and kids freely giving them up is quite surprising. I know siblings have gone in together to get something they would share but not across families.

2. If you feel it would be a help {to make an} amendment to our Kid’s Church bylaws to make sharing outside of families {disallowed}, I would be happy to take this up with Scooter. And I speak with much certainty when I say that I think he will see the reality of the situation and make the right call. Though he is made of fur and sometimes it seems to skew his judgment.

3. I think helping Ali see that Scooters are a way to reward kids for 1) their participation in Kids Church, 2) weekly doing their daily news and 3) a way for me to reward good behavior. So to have a Scooter spent to hear one’s dreams would go against the spirit of what the Scooters are for.

I hope these are helpful thoughts. Please let me know how I can further assist.

I felt it only right to respond with the faint suspicion that had been floating around in the back of my mind.

Thank you for your thoughts on this matter. I am positive that you and Scooter will make the right decisions, and I shall continue to shepherd Ali on my end with regards to proper and improper sharing.

I will also continue to investigate the inexplicable reason as to why she has so many Scooters to begin with – I believe she has a current account balance of at least 9, and she’s sharing every week. Perhaps if her moral code allows her to use Scooters to bribe boys into listening to her dreams, her moral code also allows her to run a Black Market Smuggling Scheme. I recommend that Scooter check his books and vaults for evidence of embezzlement and fraud as soon as possible.

The investigation is ongoing. So please don’t tell Ali about this post. 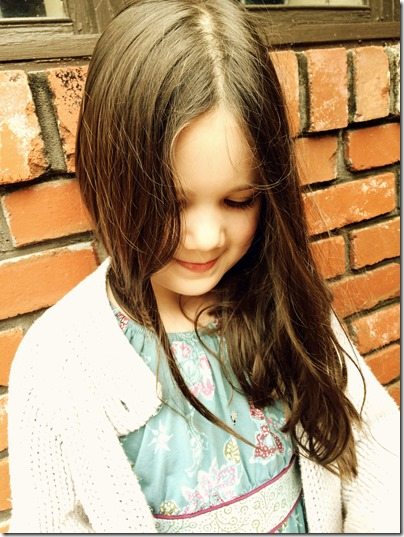 14 thoughts on “When Sharing Corrupts.”