Up until a few years ago, I can say with certainty that I was a beach girl. I really didn’t have any interest in the mountains, always preferring to drift warmwards rather than coldwards, and in complete adoration with the ocean.

I believe, if I remember correctly, that it was the fault of The General Woods Inn that I became a Mountain Person.

And also childbirth. Because having children makes one want to become a motionless slug when one gets away for the weekend, and being a motionless slug is made better by having beautiful mountains upon which to set one’s gaze.

Fortunately for me, Birmingham is a fantastic place to live because it caters to both – drive two hours and be in the mountains, or drive four hours and be at the Gulf. And, being a newborn Mountain Person, I am continually surprised to find out how very many things our North Alabama mountains have to offer.

Between being sick and having a typically busy birthday-holiday-birthday season, I was seriously craving mountains, and had become a regular pestilence to Chris, begging him to take me away.

He vaguely put me off, then surprised me on Christmas Eve with the gift of a trip, already planned out and booked, to two of my favorite North Alabama spots: Gorham’s Bluff and Unclaimed Baggage. Fun shopping and fantastic relaxation all in one trip that I didn’t even have to plan: he’s a keeper.

Our trip was scheduled for January, right after we survived the last bit of holiday madness.

Weathington Park is where we got our first taste of the stunning solace that the northern portion of our state has to offer. 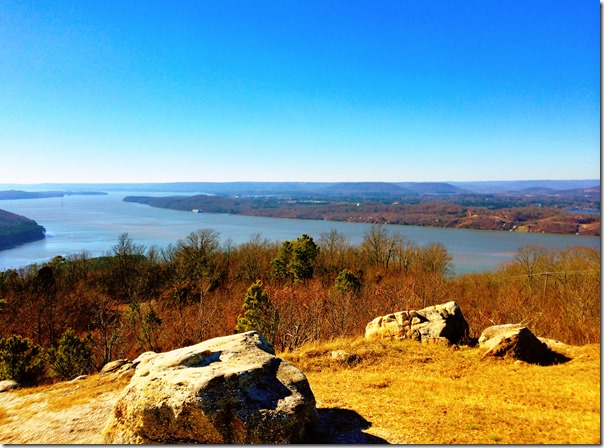 But it was freaking windy on that hillside, so we hurried across the bridge to our first indoor destination: the fantastic, the incomparable Unclaimed Baggage.

This was Chris’ first experience there, so he went on a blue streak of shopping.

No really – he bought a dozen blue garments (he put back the one green one.) 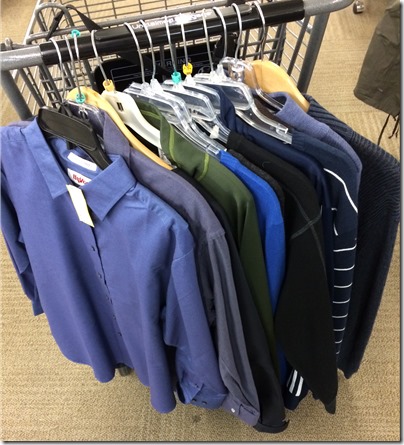 I bought a few shirts and a sweater dress, but I really found myself glued to the jewelry counter. 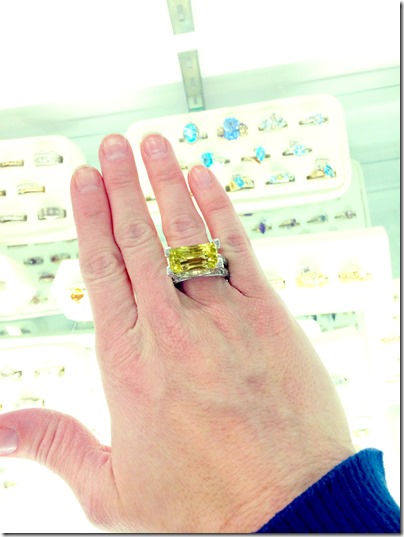 No, I didn’t buy the most colossal ring I’d ever tried on (it even felt like it was engineered for a Giantess), but I did get several necklaces that were on sale for half off. 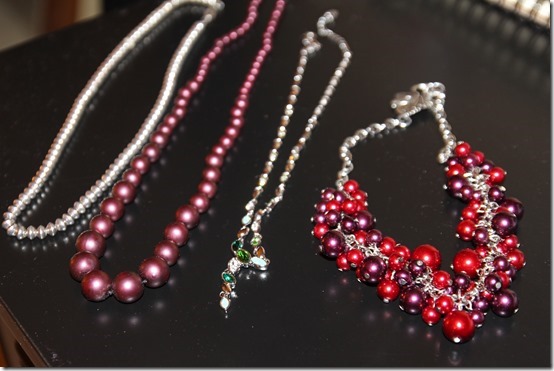 And then I couldn’t help myself.

I was magnetically drawn to the international section again, and this time I didn’t have an upcoming Halloween to blame it on.

I discovered this amazing Kimono(?) that I found highly amusing because it was clearly the Pantone Color of the Year – Radiant Orchid. 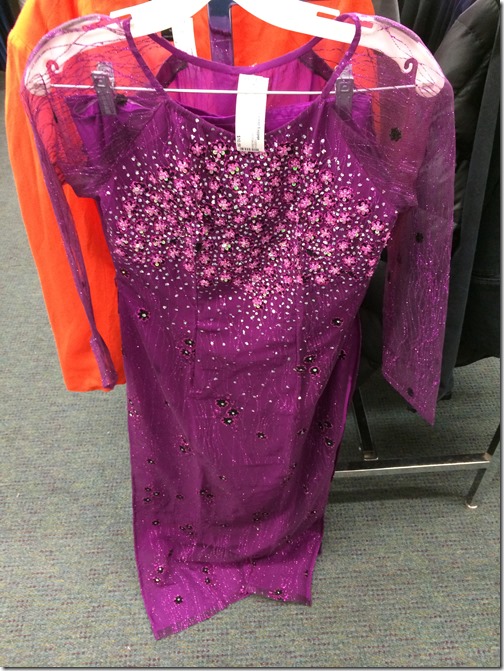 I’ve seen more headlines regarding how to wear Radiant Orchid than I ever needed to see, but none of them suggested a nice Kimono.

And they really should have. Because I tried it on when I got home to get pictures in all its radiance, and it was the first thing that ever inspired Noah to look up, gasp, run over, and say, “You’re Beautiful, Mommy!!” Which he promptly followed up with, “I can see the side of your tummy.” 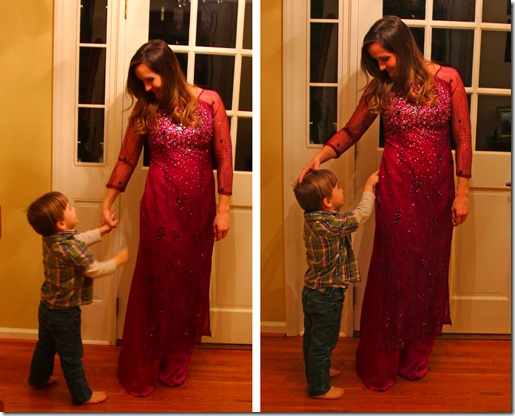 They don’t call it color of the year for nothing. 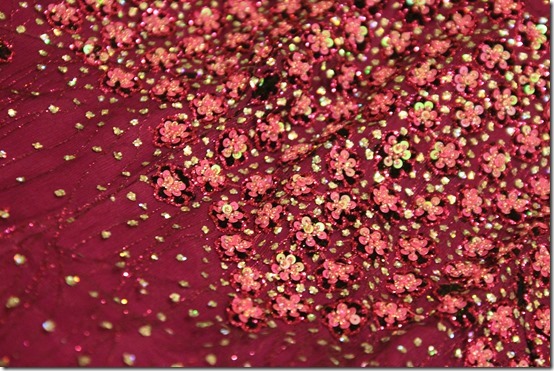 Back to Unclaimed Baggage. We finished with an insanely inexpensive buggy-full of clothes, jewelry, and shoes, most of them still possessing their original tags (thank you, luggage-losing travelers, for buying clothes while on your trips), 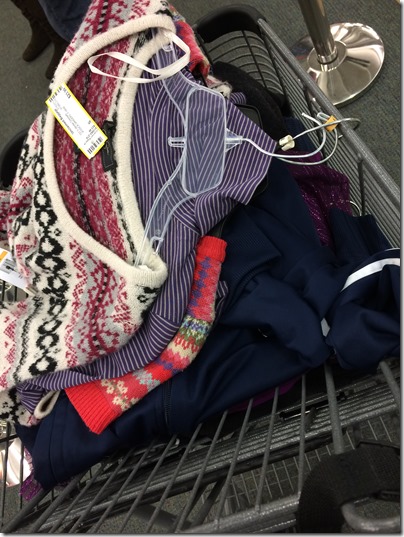 then happily headed back over the bridge, still high on shopping bliss. 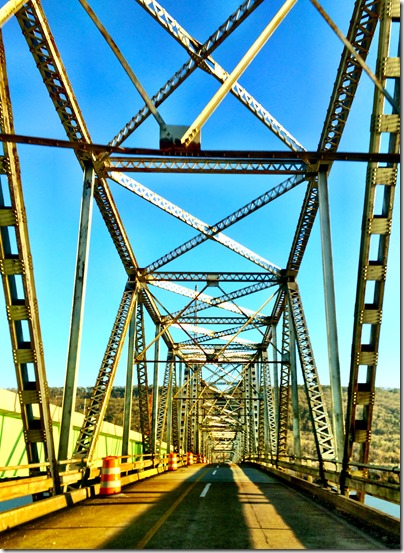 Next stop: Sunset at Gorham’s Bluff. 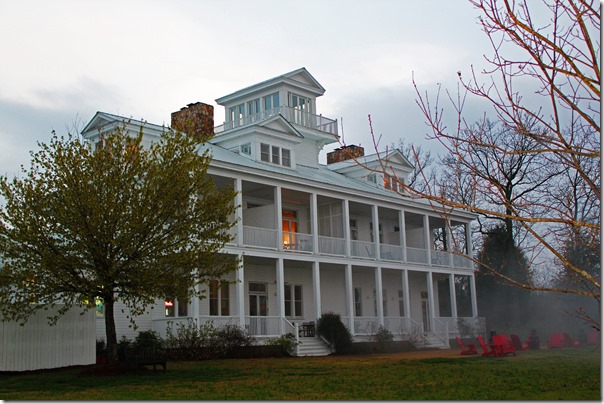 It’s ridiculously convenient that Unclaimed Baggage and Gorham’s Bluff are only 20 minutes apart – it’s as if God meant us to recuperate there regularly. And He rewarded us for following His direction by giving us a beautiful (albeit frigid) sunset, which shone over the chimneys of Gorham’s Bluff and across the valley below. 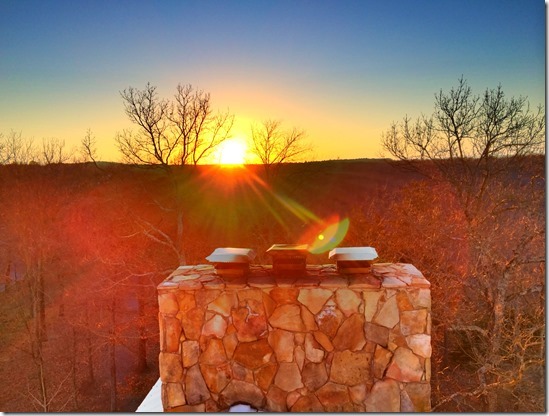 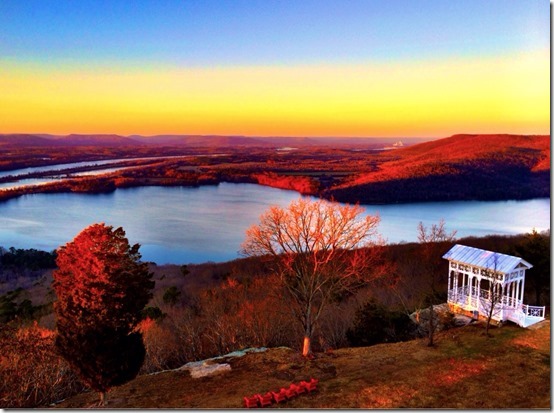 We ate dinner and breakfast at Gorham’s Bluff, but the meals there are so decadent and intimate that I never take photographs. They come with personalized menus, are served in a quiet dining room containing a roaring fire, and would rival any five-star restaurant on quality and beauty.

After breakfast the next morning, we took a hike along the ridge line. It had just risen above freezing and was about to dip back below for three days, so we hit it at a unique time when the waterfalls were rapidly melting icicles, only to be forced to re-form in a few hours. 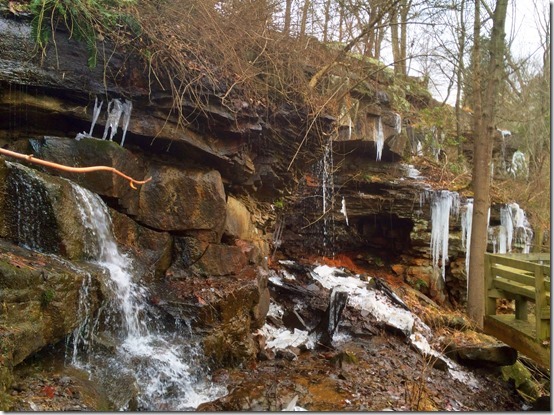 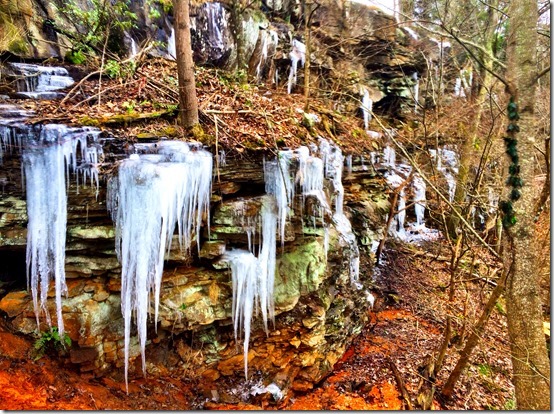 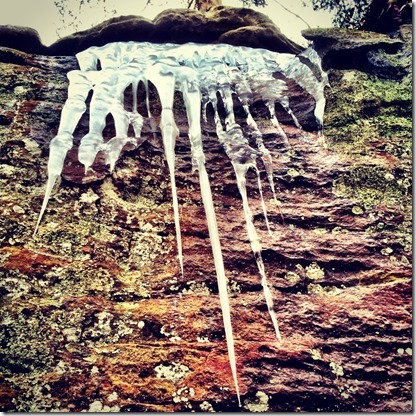 And after that, with one more wistful look at the valley, we drove back to reality. 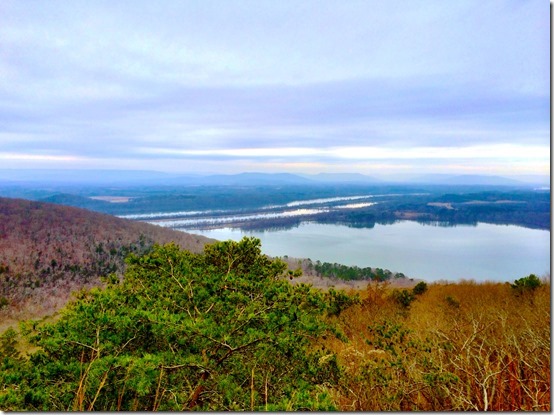 And I’ve returned to my status of being a pestilence, begging Chris to take me back to the mountains. As soon as possible.