I have a horrible confession.

I’ve been cheating on Zulily.

Not only have I been cheating on Zulily, but I’ve completely abandoned my daily Zulily Browsing, which means no more Weird Strange and True posts for you.

However, I’ve replaced her with a new App Mistress: HauteLook.

This exposes a growing selfishness in my heart, because where my Zulily purchases were mostly centered on the children, HauteLook is for me…all for me. They are the new supplier for my Denim Addiction, outfitted me singlehandedly for Fall and Winter, and have tempted me into buying more cute dresses than I’ll ever need.

But although they have fantastic deals and fabulous clothes, they also have some Zulily-esque finds as well. And, since they’re run by Nordstrom, their odder items are, at times, puzzlingly expensive.

So. Let’s get started.

I know firsthand how unflattering large-scale Houndstooth can be. Thanks to HauteLook, the world now knows that adding lime green to it does not fix the problem. 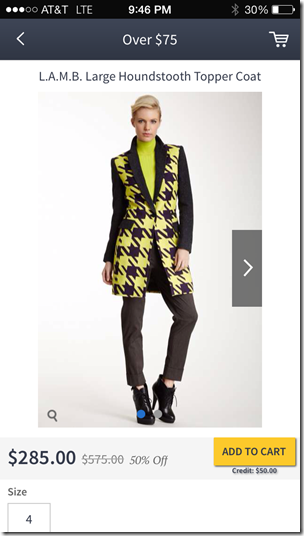 Also. Can we call it a “track short” if its accompanying adjectives are “leather and silk”? Then again, Elle Woods would have needed something to wear during PhysEd. 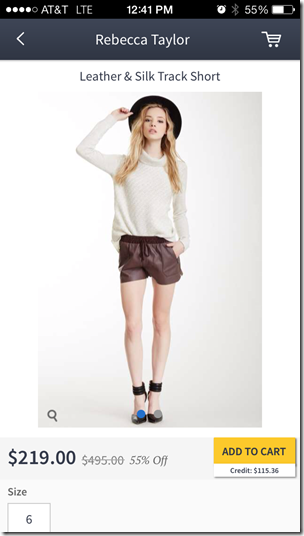 However. A Leather and Silk Track Short is infinitely more attractive, practical, and non-Cameltoe-inducing than….these. 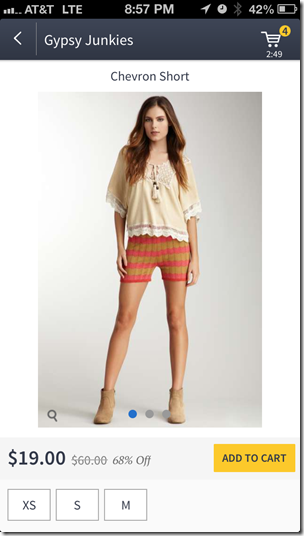 Cable Knit has never been treated so wretchedly, not even by The Cosby family. 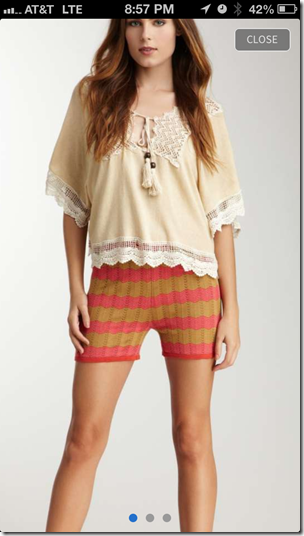 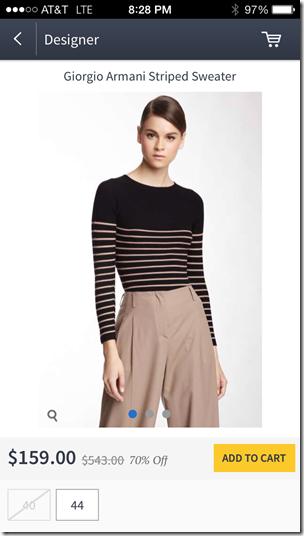 Mom Trousers from 1988 that are five sizes too large and two inches too short. 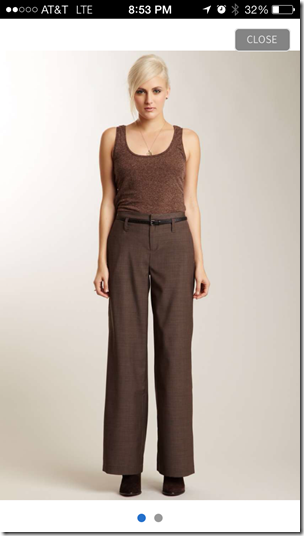 If you told me that model didn’t punch a wall after that particular photo was shot, I wouldn’t believe you.

Fortunately, they have non-mom options. You might remember these from my Christmas Post, but they’re so special they really deserve to be mentioned again. 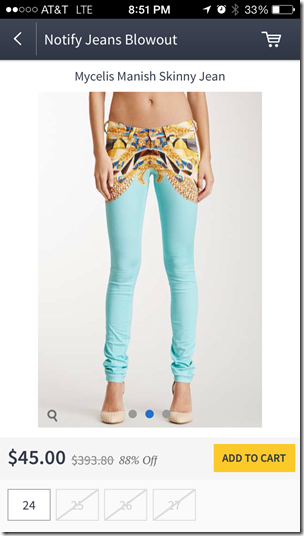 Because I might have had nightmares about that Giant Golden Indiana Jones Beetle snapping at my crotch. And now you can, too. 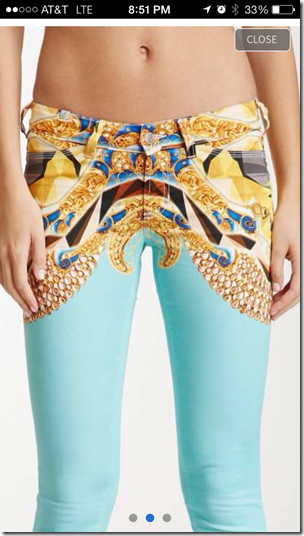 But if you prefer your jeans to have more of a human touch, then this is the pair for you. 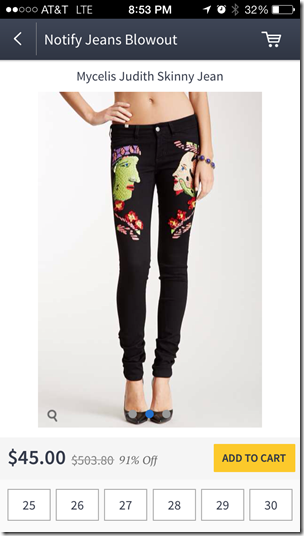 I’m pretty sure they both answer to “Thigh Gap Police.” 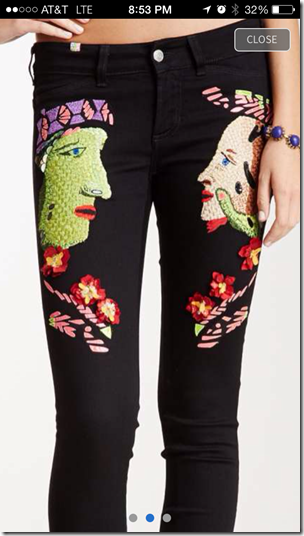 Speaking of Thigh Gap, I feel like I should start a petition for HauteLook to feed their models. Because either this one has an Alien Baby about to disembark or there’s a stray rib cutting a hole in that dress. 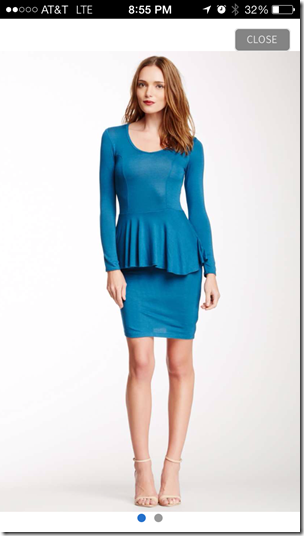 And I’m pretty sure it’d take a diet of strained Kale and 20 Jillian Shreds a day to give me…is that a two-pack? But one thing is for certain. If that dress so prominently displays her abs…what it would do to mine would be considered illegal in 27 states. 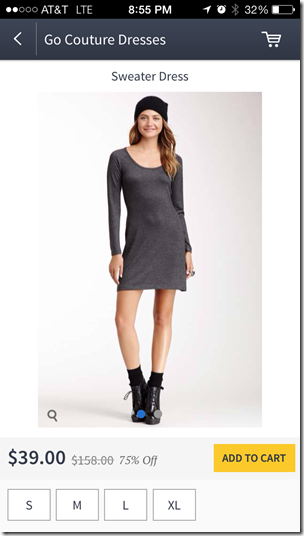 And this dress, despite the fact that her ribs are supporting the star, still makes her look like she has a baby belly. Which means it’d make me look at least 15 months pregnant. 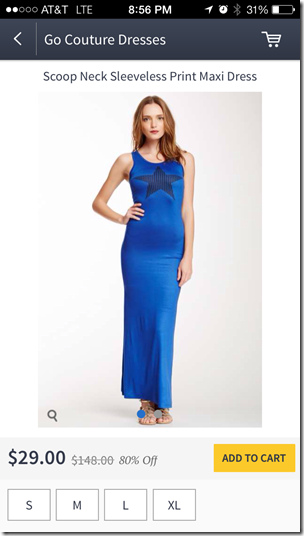 I do not need that in my life.

Sometimes HauteLook really tries to help a trend happen that should not happen. The Maxi Sweater is one of those trends. 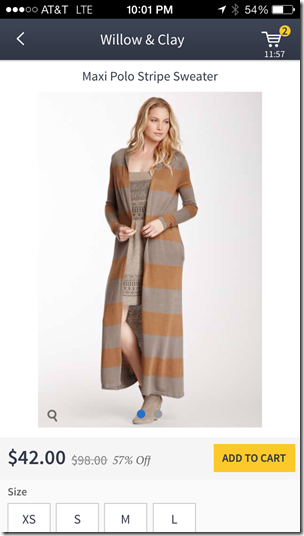 Let’s be honest and call it a backwards Snuggie, pretty please?

Another trend they’ve tried to champion is the tucked skirt. Thankfully, their own evidence proves why it should never be. 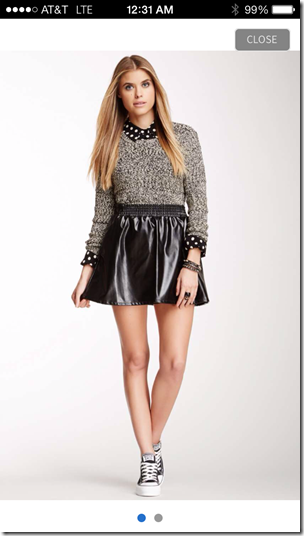 Keep in mind that all of these models have a twenty-nothing inch waist and haven’t eaten a hamburger since Pre-K. 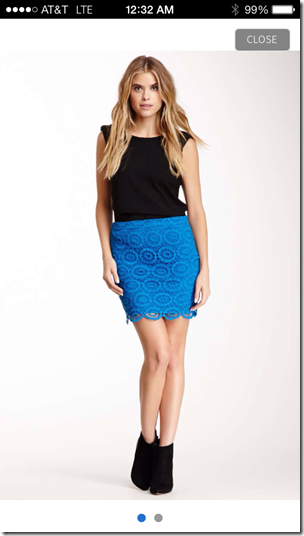 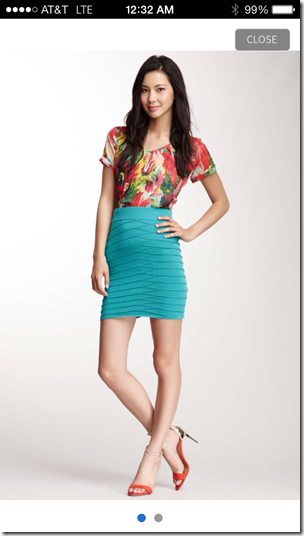 The Number Two CRUCIAL rule is “Just because they can pull it off doesn’t mean I should try.” 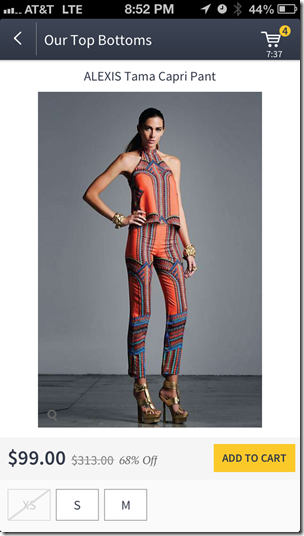 And, of course, the Number Three CRUCIAL rule is “Leggings are NEVER pants.” 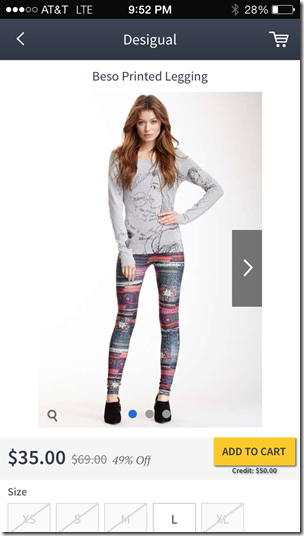 While we’re on the subject, let’s talk about a couple lesser rules.

Fur does not belong in our hair. 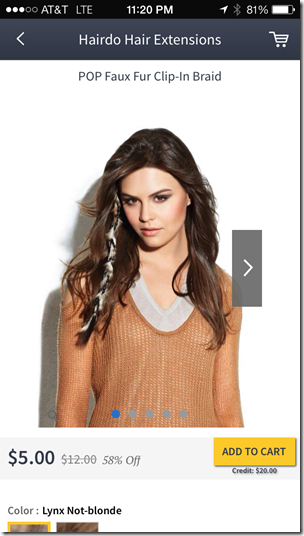 Men should not wear Tiger Print when it looks like a confused school of herring. 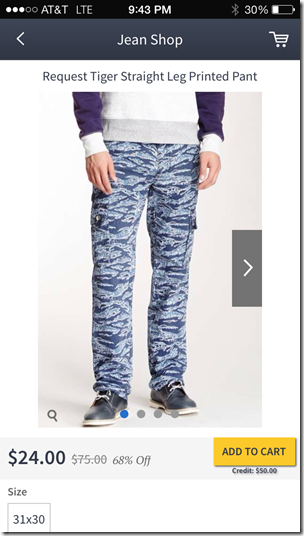 Adidas should stick to what it does best. Or buy an iron. 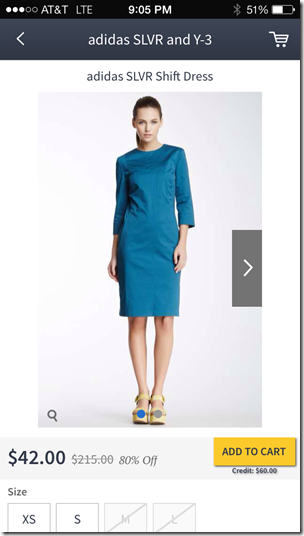 Your shoes should not be capable of unintentional manslaughter. 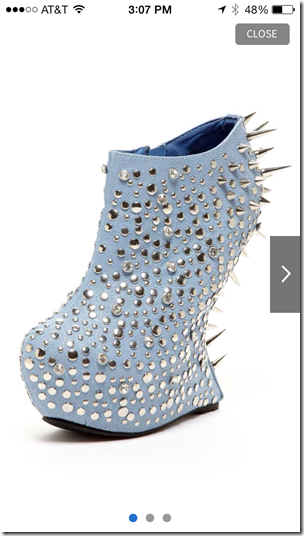 And finally, your bra case should never be cuter than your suitcase. 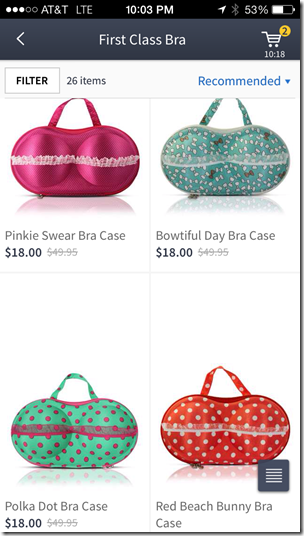 I hope we’ve all learned something today.

21 thoughts on “Pitfall, The Shopping Edition.”