I like to stay on the cutting edge of technology, but I swallowed a camera because my doctor told me to. 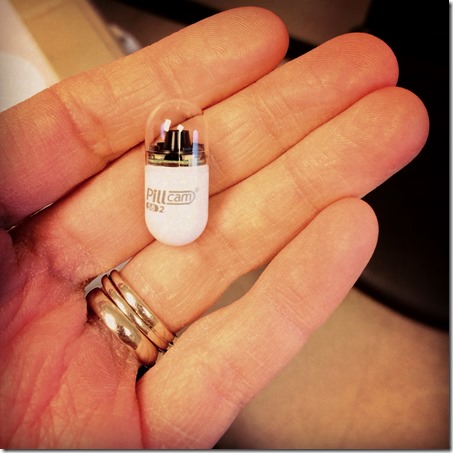 Also. I would like to clarify that my pinkie is not that crooked in real life. I caught it in the middle of a yoga move preparing to play its part in shoving a giant flashing pill down my throat after having had nothing to drink for seven hours.

Did I not mention that it was flashing?

Of course it was flashing.

Unfortunately, it did not flash brightly enough to be seen through my abdomen in a dark closet. Or under the covers. Which really was a true disappointment for both me and the children.

Wait – No. Do we really need to go through the specifics of The Prep again?

Probably not, as I’m sure the last trauma of my bowels is still freshly seared into your mind.

But as a quick aside, never believe a nurse that tells you a prep will “only” be a mini prep.

No prep is a mini prep.

My non-mini-prep consisted of a few pills and this, which was basically an entire bottle of sourer-than-Janet-Reno Flavored Alka-Seltzer. 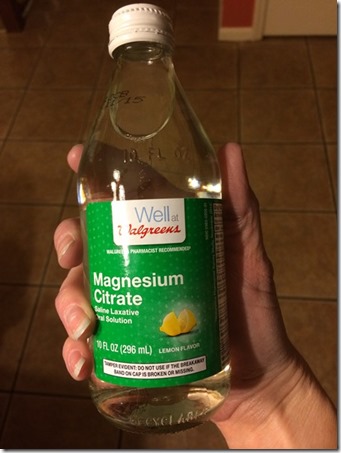 But not lemon flavor.

The next morning I got up early and drove to the Gastroenterologist’s office, where I was alone without even so much as a receptionist, so I had ample time to admire the fine artwork in the waiting room. 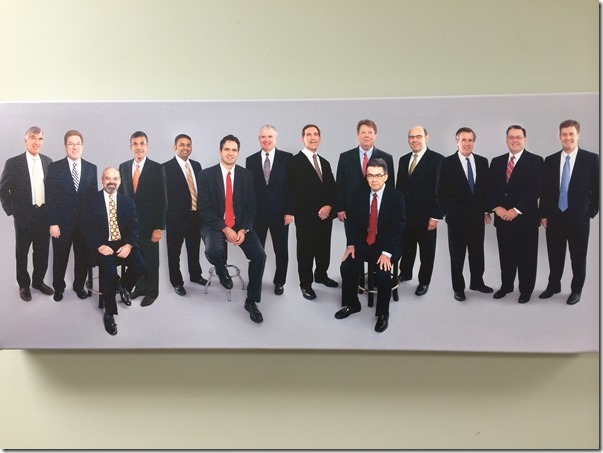 They were all too happy. 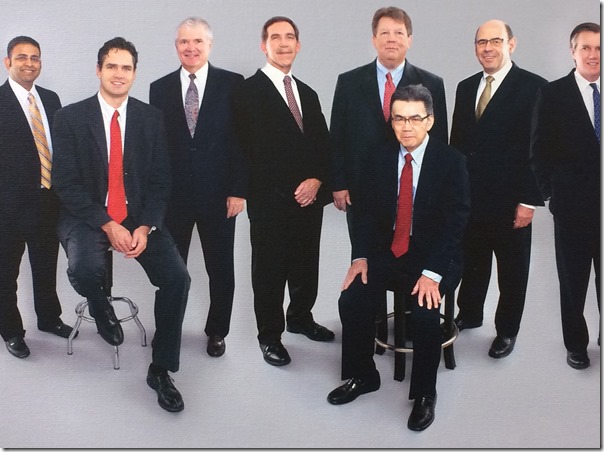 After several moments of quiet reflection on the proper joviality level of a Gastroenterologist, the nurse retrieved me.

She took me to a room and presented me with The Magic Bullet, 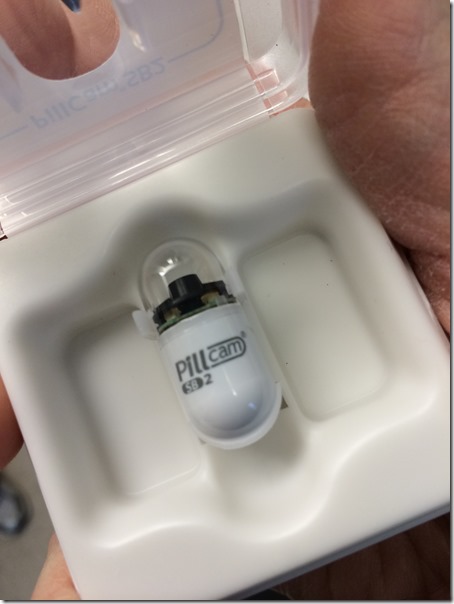 And then holstered me with The World’s Ugliest Purse and a Circa 1992 Sam’s Wholesale Club Employee Back Brace, which she tightened around my tender abdomen (thanks, Mini Prep) until I told her I could no longer breathe. 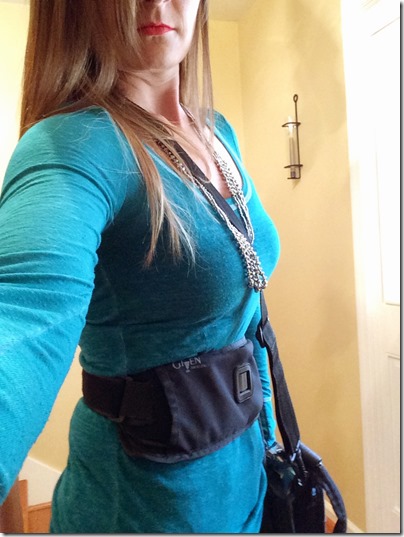 The fashion-forward belt received the photographic transmissions from the pill (2 per second, up to 56,000 for the day), and then it transferred them through a Dot Matrix Printer Cord to the purse, which was carrying a 1990 Prodigy Dial-Up modem.

I was staring at the Antiquated thick metal modem-looking device, thinking that surely they could reduce the size to a USB drive…and modernize the lines…and get rid of the Original-Dr.-Who-ish blinky lights, when the nurse said,

“Isn’t this amazing? This is like…Jetson’s technology to me. I have no idea how they do this.” 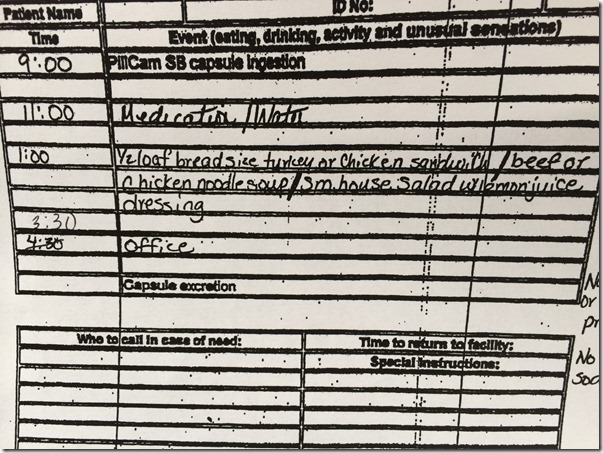 (And for the record, she was clear that those slashes between food items were ORs, not ANDs. I went with the soup.)

Notice that there’s no time stamp next to Capsule Excretion (which I’m assuming is the “unusual sensation.”) I didn’t push her on it, but I’m sure if Sheldon ever needs a Capsule Endoscopy, he would require a time to perform that last action.

I dutifully wore my accessories all day, watched the blinking lights like a good girl (if they stopped blinking or blinked differently or changed color I was to return immediately before my viscera exploded,) then turned in the bling (minus the capsule) that afternoon.

I mourned for my pet camera, floating along the lazy river of my intestines, still taking photos and shooting them out into the big, bad world beyond my belly fat where nobody was catching them any longer.

Chris suggested, “You should hold your phone up to your stomach and see if you can pick up its wi-fi.”

And sure enough, my phone found a secure wi-fi connection I’ve never seen before.

My first thought was how ridiculously spoiled my intestinal bacteria was (or bacterium, all that was left after my mini prep) – he had his own wi-fi!! There aren’t many amoeba that can boast of such amenities.

But later, I questioned myself. Maybe it was a random passerby’s wi-fi. Or a new neighbor. Surely my belly wasn’t broadcasting that obviously.

But if it was, I rue the NSA agent that managed to catch the rest of those images.

And as for the current location of the capsule, I honestly have no idea. And if I did, I wouldn’t tell you.