If my family had to choose one movie series to take on a deserted island with which to entertain our kids and not drive us adults insane in the process, it would be Disney and Pixar’s Cars and Cars 2.

Noah, at only two and a half, can name every character in either movie, and quote chunks of each movie by memory. His character collection is immense, and he can often be seen clutching a suffocating Mater or Frank in his fist.

Ali, despite her grand collection of Princess movies and shows, also adores Cars and Cars 2.

In my early teens, I spent three years in a row riding for five days from Alabama to California with all of my family in a truck, so I can relate to the scenery and characters in Cars. Plus, my Dad was the navigator in a China-to-Paris race when I was a teenager, so Cars 2 also has many familiarities.

(I even bought the Greek overdubbed version of Cars for my parents when we were in Tarpon Springs. I assure you – nothing is better than hearing the Greek-Redneck version of Mater.)

So needless to say, my entire extended family is excited for Disney’s Planes, a new film inspired by the World of Cars, to be released later this summer. Although I haven’t gotten to see the whole movie yet (dang it), I did get a sneak peek at the characters and plot of the movie.

It’s going to be fantastic.

Dusty, a crop duster, decides to enter an international race, but he has a small problem – he’s afraid of heights. He has big dreams, but lacks the courage to achieve them, which sounds just like my daughter. She’s got fantastic abilities and big dreams, but, much like I was as a child, doesn’t want to try anything new unless she knows she can do it perfectly.

(I, for instance, never learned how to dive. Because there’s no way to practice diving without the entire pool full of people seeing you fail first.)

In the movie, Dusty has several friends and coaches who use different approaches to help him achieve his dreams.

Chug takes him under his wing and helps him train, perhaps being too soft on him.

Skipper barks at him like a football coach, telling him that if he’s going to do this race, he needs to do it right.

With Ali, I’m definitely a Chug. I don’t push too hard, I try to give her the tools she needs to succeed, and I back off if I can tell she’s getting panicked. Although this keeps us from having epic emotional events, she sometimes needs someone with a little more tough love to help her achieve her goals. I also use the strategy of acting nonchalant when she expresses interest in trying something that I know will intimidate her if she thinks about it too long – and wait until AFTER she’s completed it to tell her how impressed I was with her. This strategy worked perfectly on her first ever driving experience: 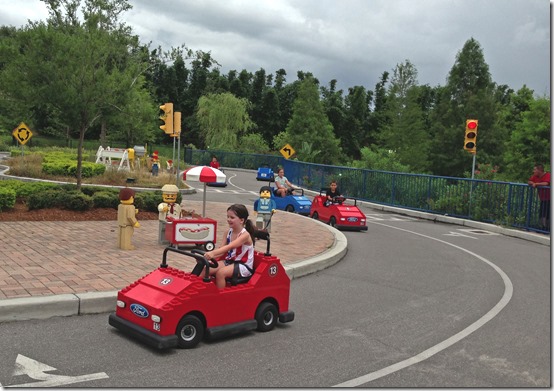 I just knew she was going to panic when she got in the car, but I said nothing. And when she got her car stuck, I still kept my mouth shut, even though I wanted to run out on the course and rescue her before she had a six-year-old panic attack. But I couldn’t, I didn’t, and she surprised me with her ability to figure it out and conquer her goal on her own.

I think that Ali is going to feel a connection to Dusty, and I hope that she can be inspired by his courage to try things – even if they’re scary.

Disney’s Planes comes out in the theaters on August 9th, and we will definitely be there to experience it on the big screen. If you would like to take your family, I have a $100 Fandango Gift Card to give to one of you! Just leave a comment telling me how you encourage your kids to achieve their goals.

Rules:
No duplicate comments.
You may receive (2) total entries by selecting from the following entry methods:
a) Leave a comment in response to the sweepstakes prompt on this post
b) Tweet (public message) about this promotion; including exactly the
following unique term in your tweet message: “”#SweepstakesEntry””; and leave the URL to that tweet in a comment on this post”
c) Blog about this promotion, including a disclosure that you are receiving a sweepstakes entry in exchange for writing the blog post, and leave the URL to that post in a comment on this post
d) For those with no Twitter or blog, read the official rules to learn about an alternate form of entry.
This giveaway is open to US Residents age 18 or older. Winners will be selected via random draw, and will be notified by e-mail. You have 72 hours to get back to me, otherwise a new winner will be selected.
The Official Rules are available here.

This sweepstakes runs from 7/15 – 8/12.
Be sure to visit the Disney Planes page on BlogHer.com where you can read other bloggers’ reviews and find more chances to win!
Disclosure: This is a sponsored post by BlogHer. All opinions are my own.