And so it came to pass that it was her time to spend 184 Days in the prison of flood recovery. She prayed three times for this thorn to be taken from her flesh, as it grieved her soul greatly. But finally, the end was at hand.

From the dark day in November when my daughter flooded her bathroom and then then went back to playing while the toilet spewed forth until the final completion of all necessary home repairs, it was taken from my life six months and three days.

The cleanup was intense, recurring, and ugly.

The last remaining step in the process was to replace the carpet in Ali’s room where the flooding had leached in brought ruin.

Replacing carpet seems significantly easier than gutting a bathroom and completely retiling and bathtubbing it, an it even seems easier than completely cordoning off the kitchen to scrape and repopcorn the ceiling, all of which had already been completed. 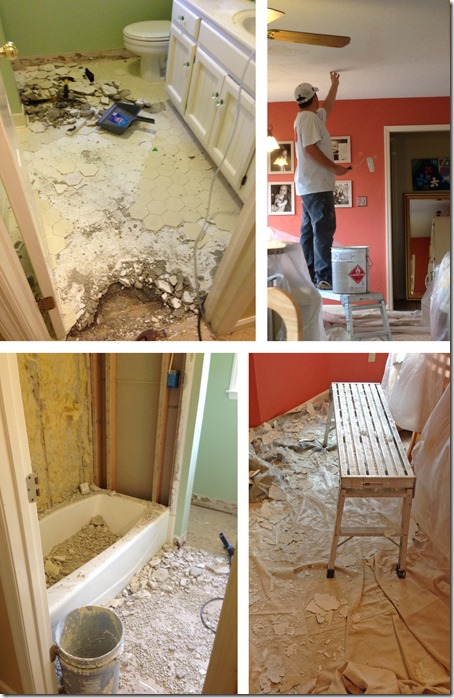 Except for the fact that my daughter is a hoarder. And I was Proverbs 22:6-ing it and training her up in the way she should go, which was clearly hoarding.

(Maybe I misunderstood the concept of “should.”)

So every surface of her room, 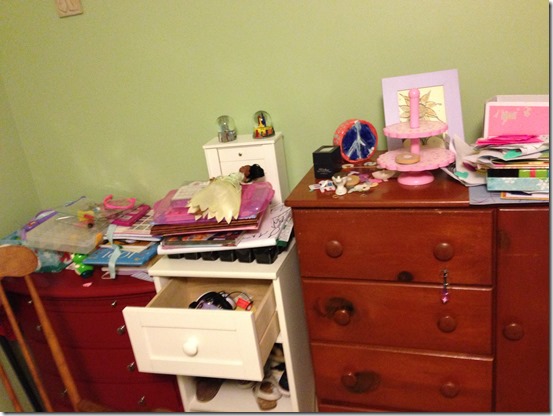 every drawer in her room, 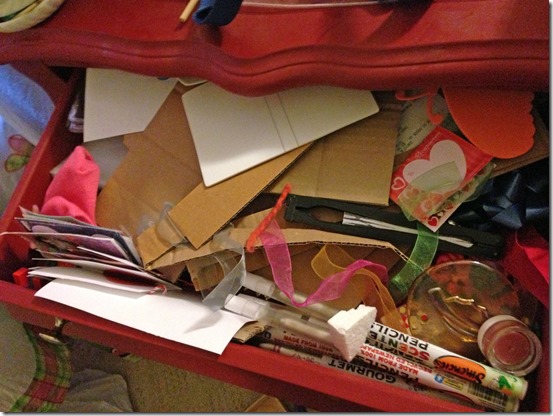 every floorspace on her needing-replaced carpet, 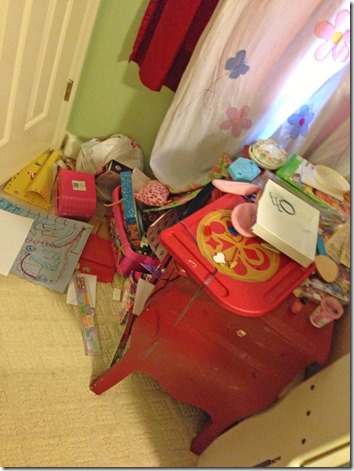 was completely loaded with priceless treasures. Treasures that needed trashing before workmen showed up.

The night before The Big Dump, I prepped her and her brother. 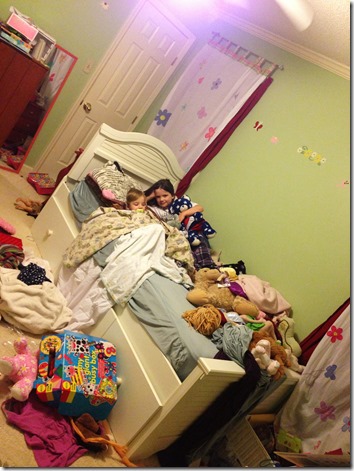 “We’ve got a lot of work to do tomorrow. We’ve got to throw many things away, but it will be fun – because we’ll find all kinds of toys and treasures that you’ve forgotten about.”

And the next morning, she was ready to go. 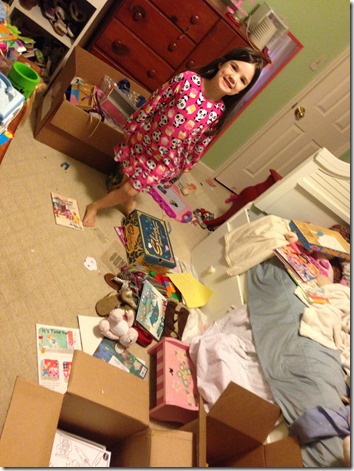 We had a trash box, a donate box, and a sentimental-stick-in-the-basement box.

We exchanged hopeless looks, and distracted him with new and fun toys. 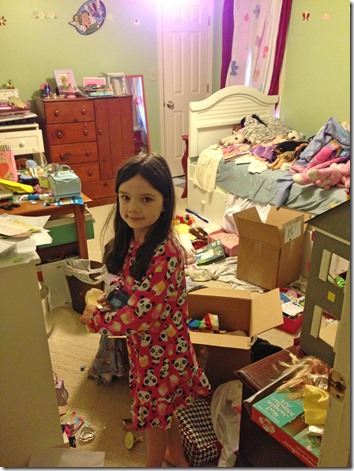 But ultimately, after two days of work, we achieved DeJunked Nirvana. 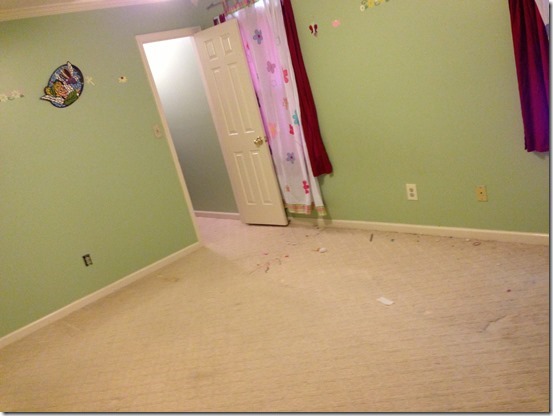 (Okay. I didn’t throw away that much, but I certainly thought about blowing up the room and starting over.)

In the process, I ran across some especially curious finds.

1. Such as, the one remaining tiny princess shoe from the Christmas of 2009. 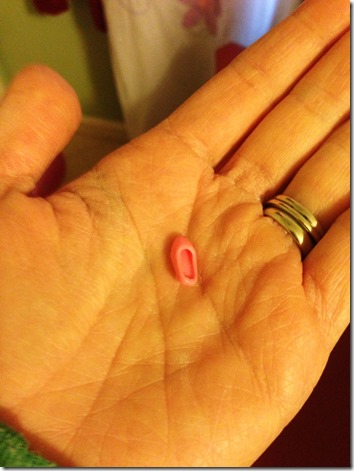 I still want to hunt down the childless idiot doll designer at Disney and ask him what-in-Jasmine’s-name was he thinking when he designed those shoes that were so tiny not even a brain surgeon could even get them to go on those stupid doll’s feet.

2. The Treasured Target Cardboard Collection: authentic floor-droppings from Targets all around Birmingham. 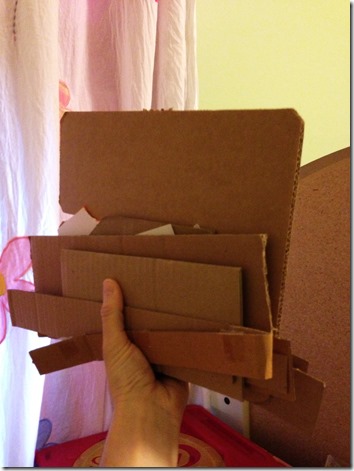 (My friends always thought I was embellishing my daughter’s hoarding tendencies when would I tell them that she has a drawer dedicated to cardboard-from-the-floors-of-Target, but this photo proves it – I was not.) 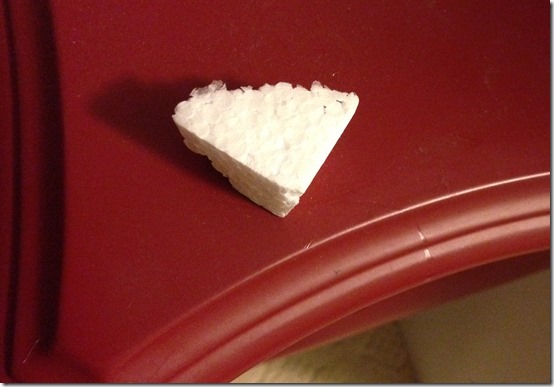 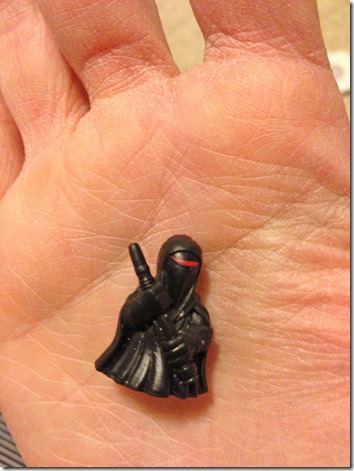 I have no idea who he is, from what world he came, how he broke into my daughter’s room, or what his intentions were. But he has now passed on.

5. To prove that perhaps the mess wasn’t entirely Ali’s fault, I present to you Exhibit A: unopened baby presents circa 2007. 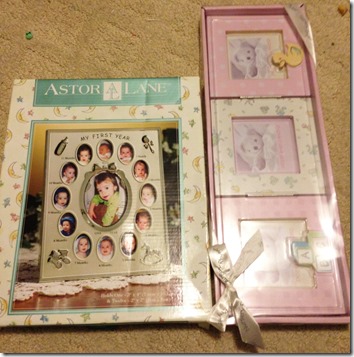 (I apologize to whomever gave me those precious gifts. I assure you, I treasured them. In the back of her closet.)

6. While I’m at it, I apologize to the gifters of these as well. 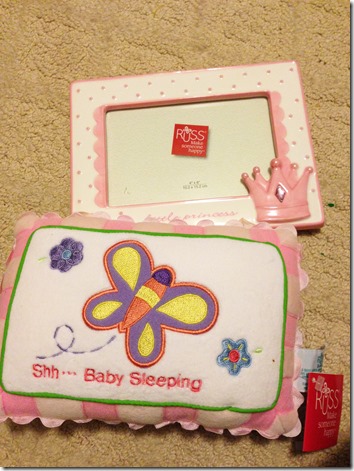 7. It’s bad when her room is so messy that her toys themselves start passing along veiled threats. 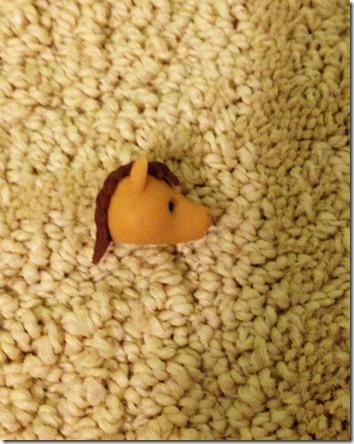 8. Although we found enough Legos to sell on eBay and feed the world, there was a bowl with this collection, carefully set aside: 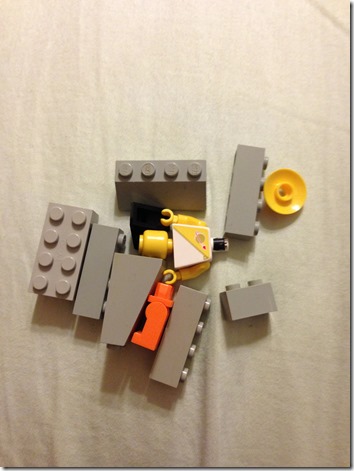 And tucked neatly next to the bowl were these directions, front and back: 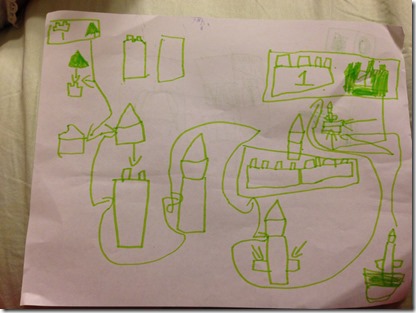 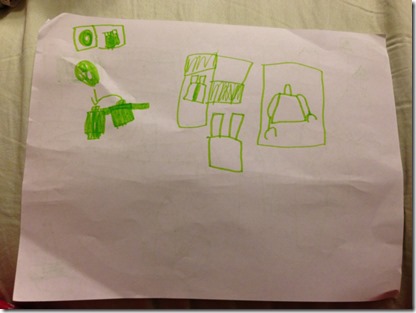 When the two were combined, this was created: 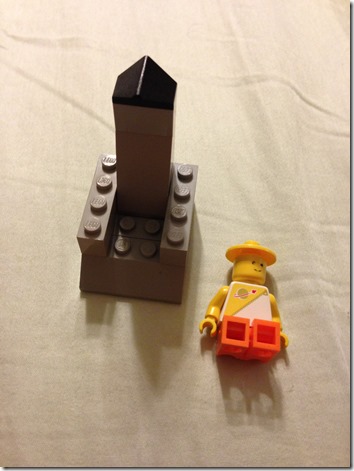 9. When all was said and done, the room was cleaned out, and the carpet installers were on site, I went to move a plastic shelving unit out of her closet. The type with the shelves held together by hollow tubes.

As I picked it up and tilted it, I was showered with her final art installation: hundreds of chestnuts, molded and partially disintegrated. 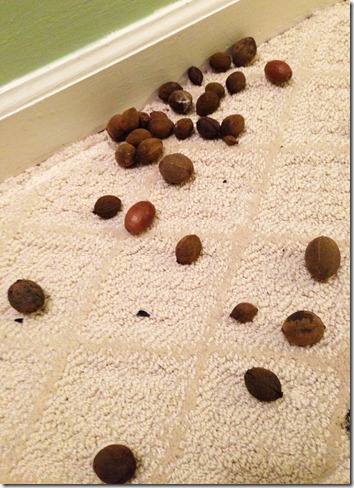 When the carpet was installed and I went to move the shelves back in, somehow a second batch that had been holed up and waiting for the exact right moment to plan their escape and all came tumbling out, covering the brand. new. carpet. with chestnut dust, particles, and nuts. 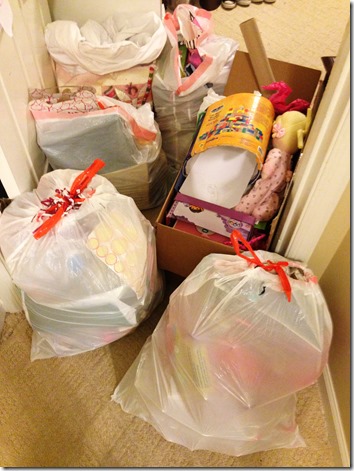 and a giant stack of donate items (I hope someone gets good use out of that first year frame – apologies once more to the gifter.) 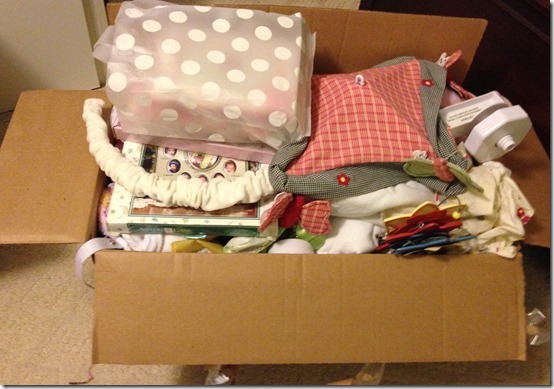 We also removed the carpet from the hallway and replaced it with hardwood, 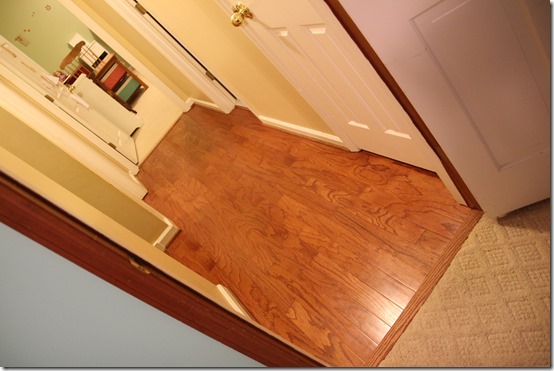 And Ali, who was surprisingly proactive about throwing away or giving away even more than I thought she would, was thrilled with her new carpet, but even more thrilled to have a purged room. 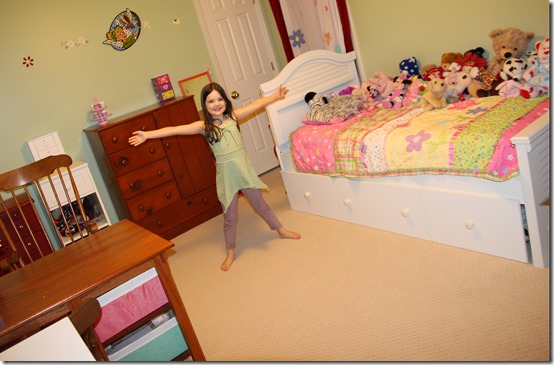 For those of you who asked the final tally of what that one cursed toilet flush cost our family, here’s the breakdown:

State Farm originally gave us $3,680 for our troubles.

On three different occasions as the project grew and more damage revealed itself, I spent hours calling, emailing proof, nagging, negotiating, and making them wish they never agreed to insure me to get them to give me more money. I even had my wonderful carpet guy and friend George to call my insurance guy and explain why I needed more of The Farm’s cash. Due to my general pain-in-the-buttedness, State Farm sent me three more payments for a total of an extra $1,798.51.

So the total Insurance payout was $5,478.51, which does not include the nine day bill from ServPro for untold oodles of dollars, because State Farm paid them directly.

Our total repairs and upgrades (such as getting a new bath tub while the bathroom was torn out, and getting hardwood in the hallway, an area that State Farm staunchly refused to admit damage but clearly also had ruined carpet) cost $6,352.01.

(This does not include the amount that we spent to go ahead and get the outside of our house painted while we already had multiple workmen coming in and out of our house.)

(And then the amount that we’re spending to finally get sod in our front yard because the house’s new paint job really made the mud pile of a yard look significantly worse.)

So ultimately, we got:

It is not a route I recommend, but I am gravely concerned that my daughter might feel differently. 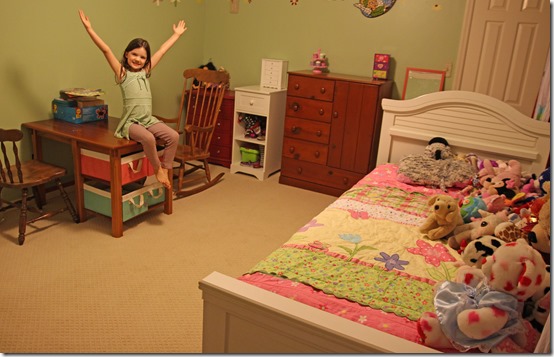