I don’t usually get too serious on here, but today I did. I wrote this post as a Christian to other Christians, including myself. I pray that my heart and intentions come through clearly.

The woman was on her knees, hunched completely over in the dirt, probably a little beaten and certainly humiliated.

Men crowded around her, their religious robes brushing up against her as they shouted her sins for all to hear.

They took her to Jesus with judging indignation toward her, and pride in themselves for digging up such a wretched creature.

“Look at this woman! Look what she has done in the face of our God! Shouldn’t we kill her?”

He ignored them, perhaps hoping that they might grow a brain cell and realize their own sinfulness and hypocrisy.

He sighed. He looked at them, piercing through their bone and marrow and straight into their soul.

“Whichever one of you has never done anything wrong, you go right ahead and punish this woman.”

At least something woke them up from their murderous stupor. They slunk off, perhaps not quite as blind to the hateful and judgmental state of their own heart.

These type of men were the only men that Jesus would ever condemn. That he would ever get angry at, horrified at their actions and thoughts, at their freedom to use His Father’s Name as an excuse to bludgeon others with their power and piety.

The woman, along with others in her not-so-holy world – Zaccheus, Matthew, and many more – they were the ones that Jesus would visit, would love, would dine with. None of those that he called to be his disciples were chosen from The Religious Crowd. His followers were the ones who understood the huge gravity of Jesus’ Love. They were the ones who would go to great expense to worship their Savior, because they recognized the sin in their own heart and knew that they needed Him desperately.

Jesus loved the outcast. The sinner. The World. Jesus was much more disturbed by the sin within the hearts of those proclaiming His Father’s name than He ever was with those who had yet to meet Him.

And I would wager a guess that the same is true today: Jesus is much more concerned with the sin that is in my heart than He is about the sin in the heart of a woman who doesn’t claim His Name.

Today, The World is in the center of the circle. Some who claim the Name of Jesus Christ crowd around it, picketing it, condemning it with judgmental Facebook statuses, sending out fear-mongering emails, boycotting it, railing against it every chance they get, and discussing how to clean it up and squash it at all costs.

I see it happen every day, and it hurts me. It keeps me up at night, wondering what to say and how to stop it.

I catch myself doing it, and it cuts me even deeper. Maybe I don’t put it on Facebook, but I spend too much time thinking about the actions of others, when I have enough to deal with in my own heart to keep me busy for the rest of my life.

I can’t help but think that Jesus would probably be choosing to dine with those being condemned, rather than those doing the condemning. And if Jesus were a picketer, His biblical track record suggests that He just might be picketing some of today’s Christians.

The Woman – the one back in the circle. Do you think that she ever wanted to go back into those religious men’s Synagogue? Did their pointing out of her sins and the condemnation thereof bring her to repentance?

If I had been her, I would have been so traumatized by religion that I would have found whatever was opposite of it and run that way.

Condemnation of sin by other sinful humans will never save souls – Jesus didn’t even condemn the woman caught in sin – how much less should we? 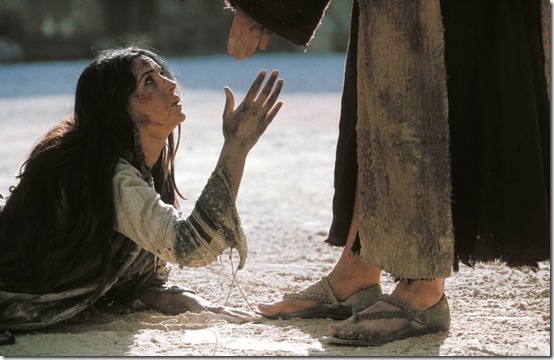 Loving others well will help them find Jesus’ love.

Jesus loved people first, then encouraged them to live lives worthy of the calling they received – something they were desperately driven to do because of Jesus’ love for them, not to earn or deserve Jesus’ love.

He called us to be a light to the world. He did not mean for us burn people with our light, and he certainly didn’t mean for us to shoot fiery darts in every direction and call it “light.” Let’s be the kind of light that attracts and brightens the world, not burns and damages it.

Busying ourselves with pointing out The World’s sins and debating over the comparative depth of other people’s transgressions will only blind us to the sin in our own hearts, and that’s what Jesus wants us to deal with.